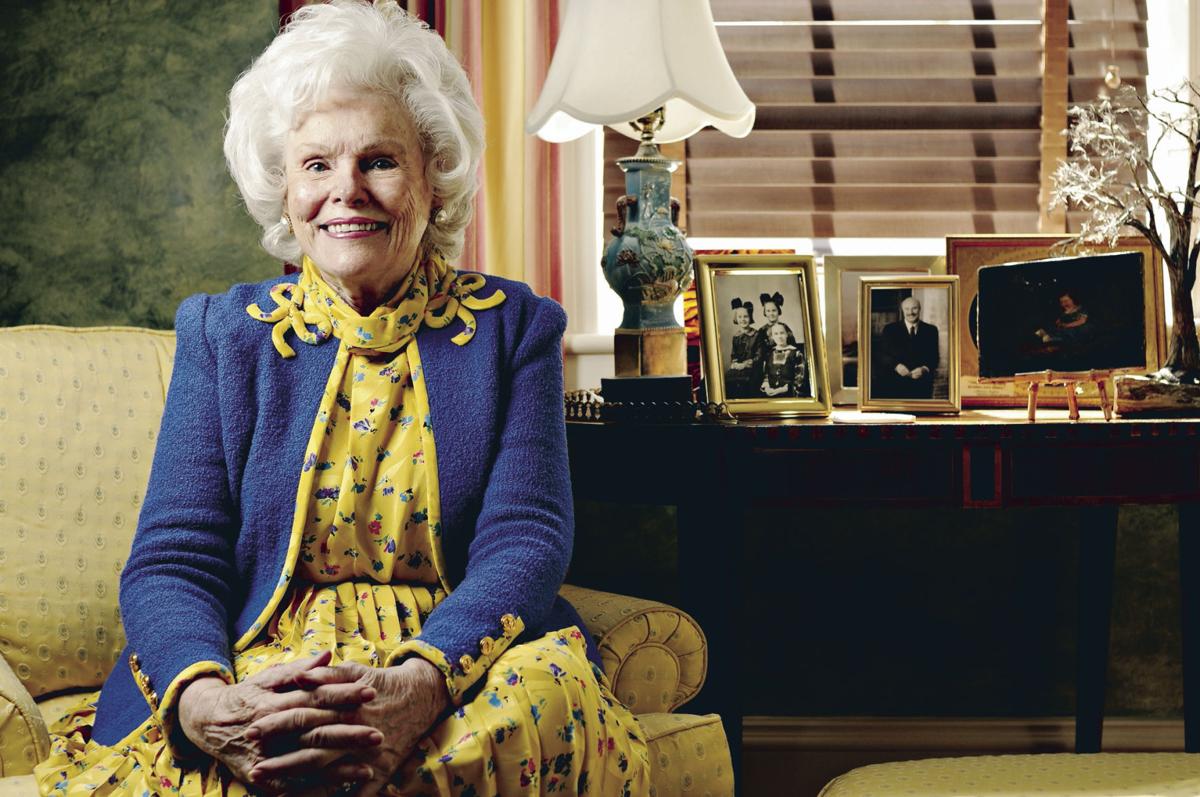 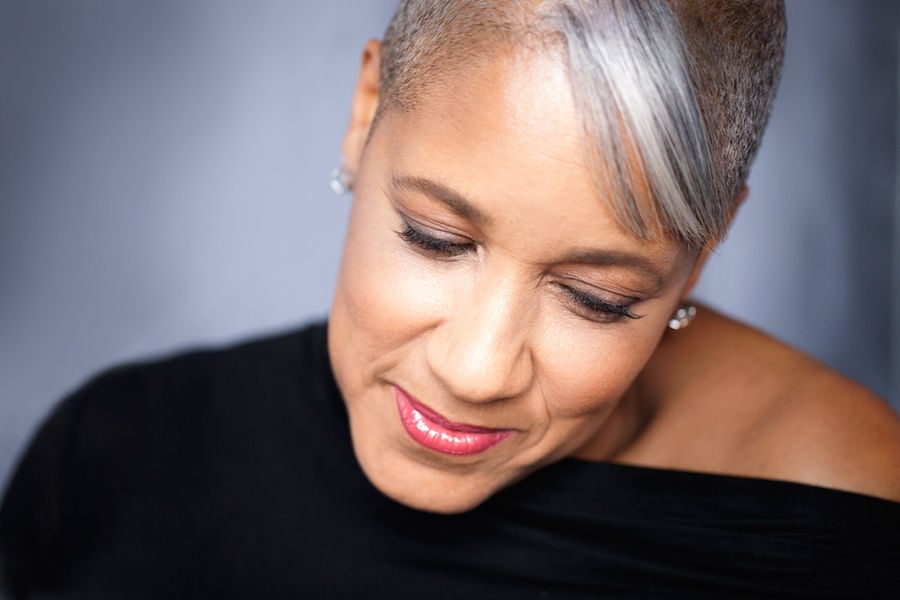 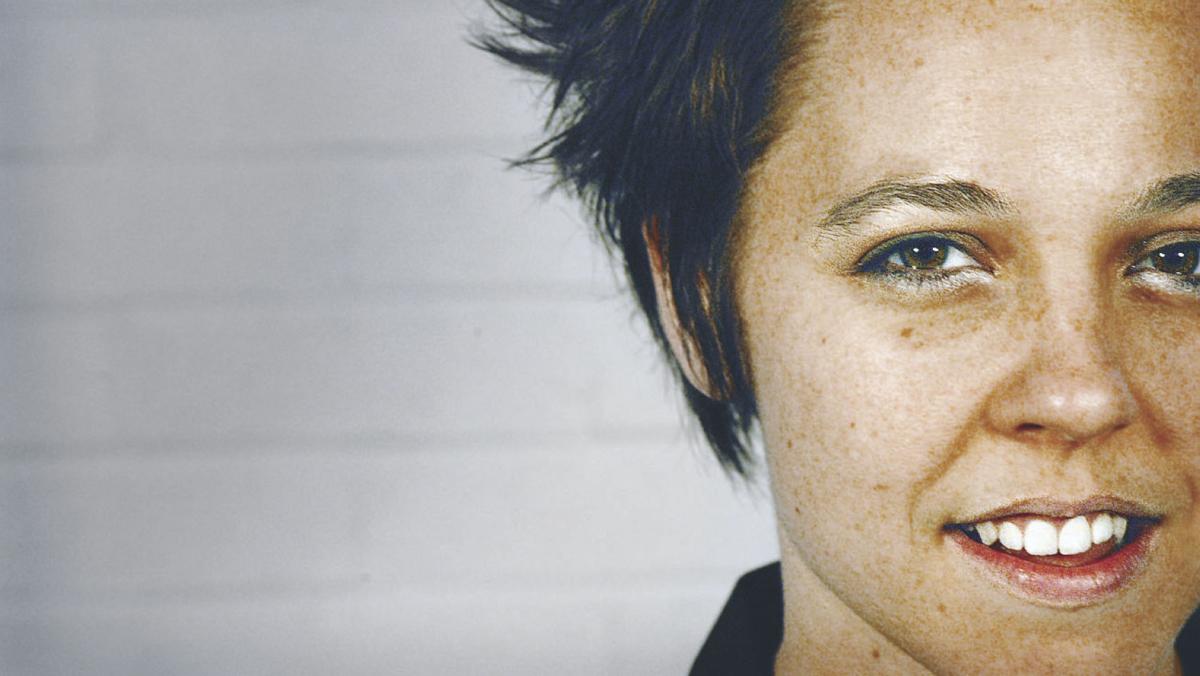 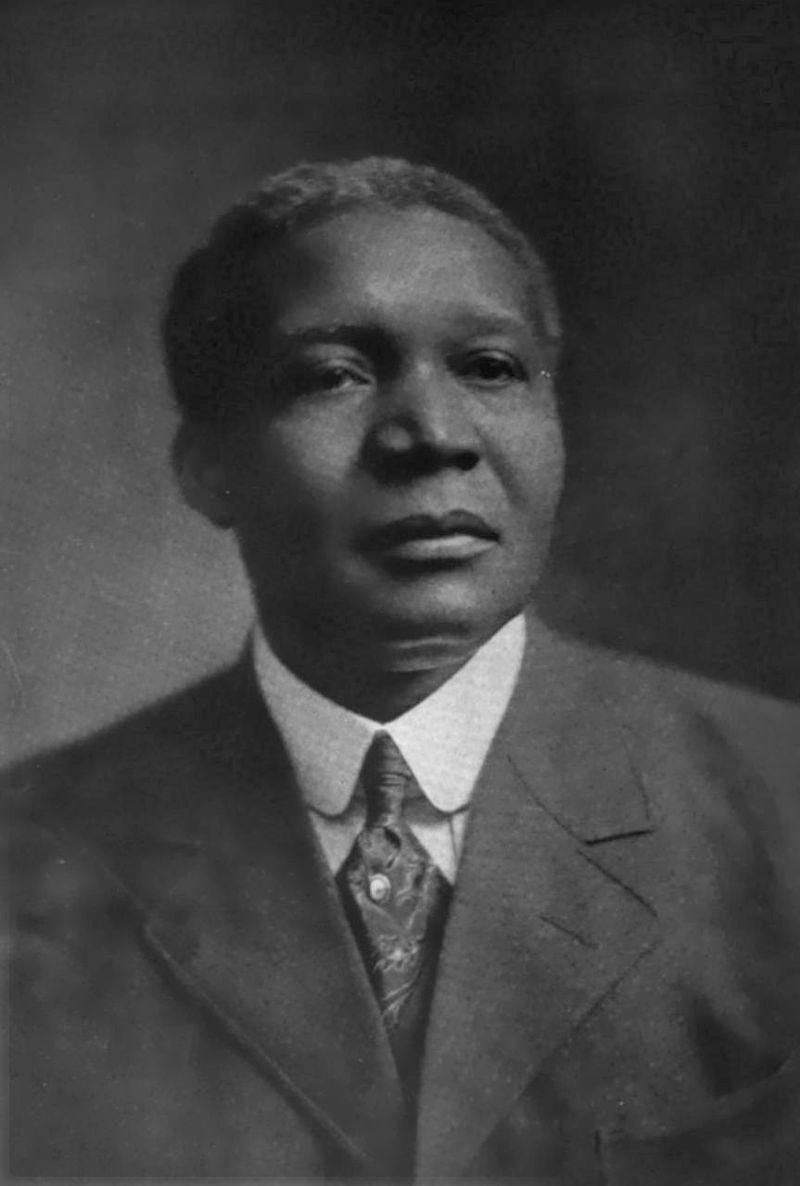 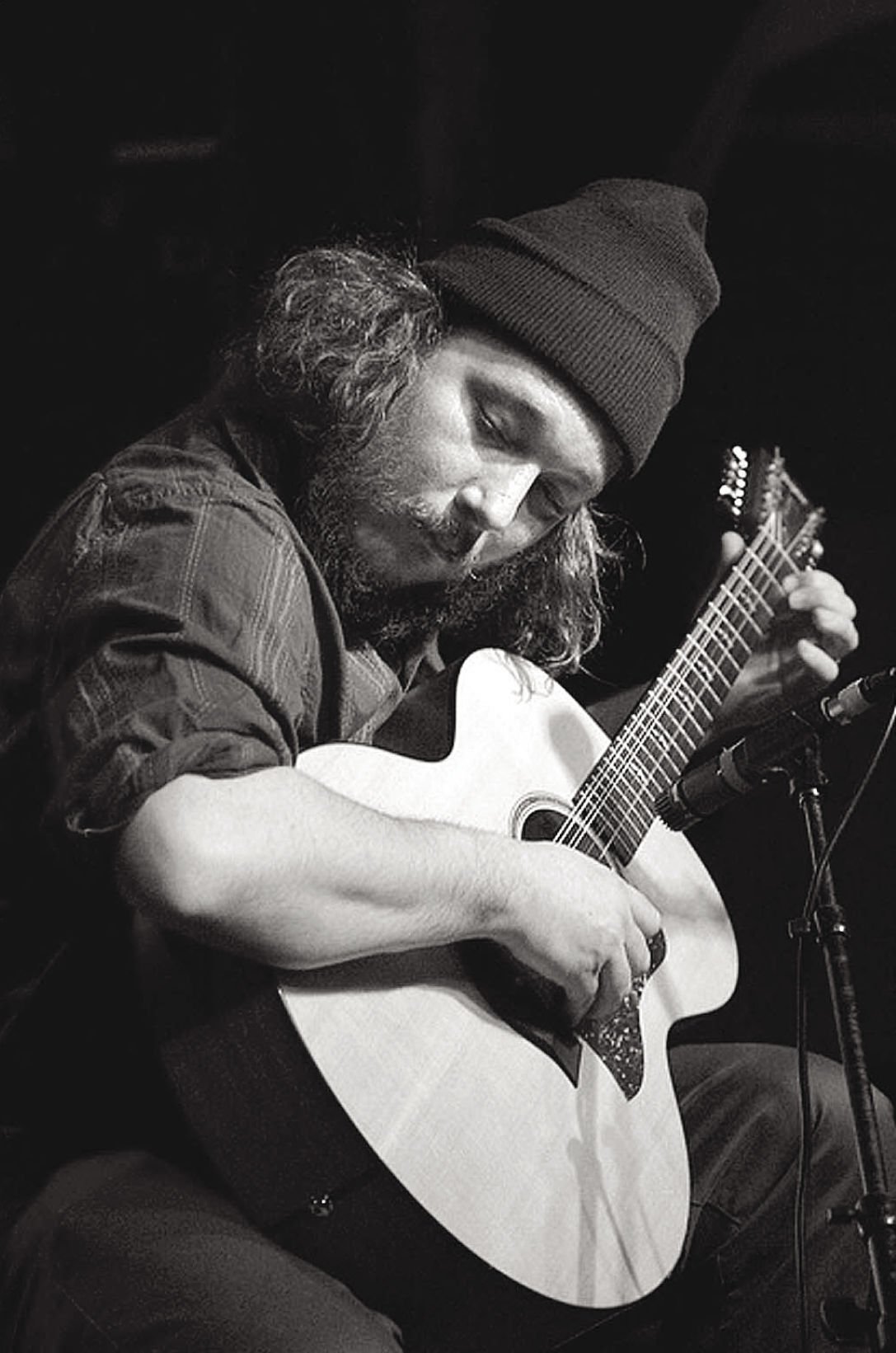 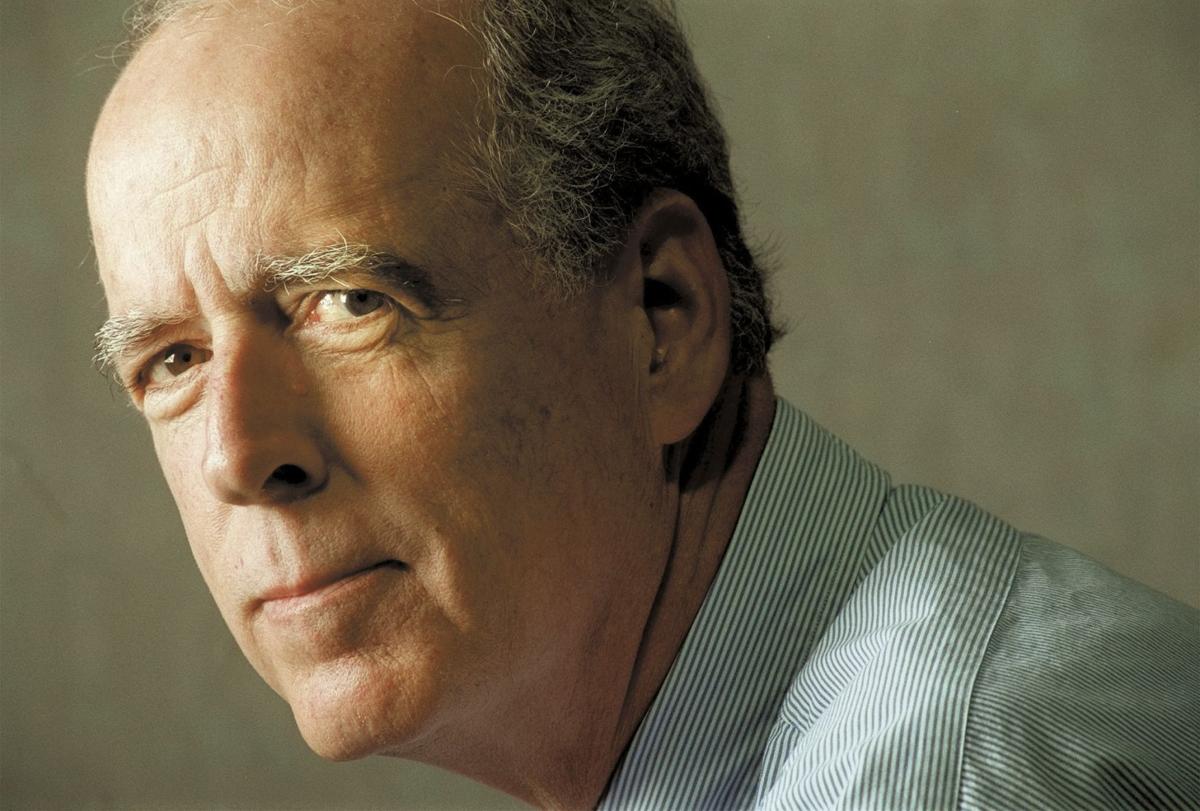 Dr. John Starling has long since left The Seldom Scene, of which he was a founding member.

Dr. John Starling has long since left The Seldom Scene, of which he was a founding member.

Our area is where George Washington was born and grew up. Several other well-known historical figures also have connections here: John Paul Jones, James Monroe and James Madison.

We have our share of connections to folks famous much more recently, as well.

CLAIM TO FAME: He’s the “Big” half of the singing duo Big & Rich.

LOCAL CONNECTION: Al phin grew up in Culpeper County, where he operated a development company in the ‘80s before pursuing a career in country music.

CLAIM TO FAME: Warren is an investor, philanthropist and CEO of Berkshire Hathaway. His sister, Doris, is also a philanthropist, and founded the Sunshine Lady Foundation, which has granted more than $100 million since 1996 to programs that help the disadvantaged. Thanks to major contributions to a baseball complex in the city, it’s known as the Sunshine Ballpark complex.

LOCAL CONNECTION: When their father, Howard Buffett, was elected to Congress in 1942, the family moved to Fredericksburg. Warren missed the Midwest and soon moved in with his grandparents in Omaha. But Doris loved Fredericksburg and has a home on Caroline Street. That house is now on the market, and the Sunshine Lady has recently been spending time in Boston for medical reasons.

CLAIM TO FAME: The Piedmont blues guitarist teamed up with harmonica player Phil Wiggins to form Cephas & Wiggins, which released 13 albums and enjoyed an international following. In 1989, he received a National Heritage Fel lowship—the highest honor that the United States bestows on folk artists. This year, a road marker lauding his contributions to our nation’s music went up in the town of Bowling Green.

LOCAL CONNECTION: Cephas was raised in Caroline County, and even after he became famous he stuck around, mentoring other local musicians. He died in 2009 at age 78 and is buried at Quantico National Cemetery.

CLAIM TO FAME: For nearly 30 years, Fickett played compassionate nurse Ruth Parker Brent Martin on ABC’s “All My Children.” In 1973 she won the first Emmy ever given to a soap opera actress.

LOCAL CONNECTION: She lived in Colonial Beach with her daughter and in her own home in Northumberland County. She died in 2011 at age 83.

CLAIM TO FAME: In January 2010, Cameron became Miss America, only the third Miss Virginia to do so.

LOCAL CONNECTION: Cameron grew up in Spotsylvania and graduated from Massaponax High School in 2005. She married a fellow Massaponax grad in downtown Fredericksburg in December 2012.

CLAIM TO FAME: René Marie is a singer whose latest work, “Sound of Red,” is the second of her albums to be Grammy-nominated for best jazz album.

LOCAL CONNECTION: Marie makes her home in the Fredericksburg area along with her husband, Jesse. The family, including her grown sons, traveled to Los Angeles in February to attend the Grammy awards ceremony.

CLAIM TO FAME: A civil rights giant, Farmer was a founder of the Congress of Racial Equality and organizer of the first Freedom Rides into the South. He was awarded the Presidential Medal of Freedom in 1998, a year before he died.

LOCAL CONNECTION: From 1985 to 1999, Farmer served as a distinguished professor of history and American studies at Mary Washington College, now the University of Mary Washington. He lived in Spotsylvania.

CLAIM TO FAME: The Hungarian-born actress starred in Hollywood musicals and on radio programs in the 1930s and ‘40s.

LOCAL CONNECTION: In the 1960s, she and her husband bought the 18th-century estate Chatterton on the Potomac River in King George County. Her husband sold the property after Massey died of cancer in 1974.

CLAIM TO FAME: The singer, songwriter and guitarist tours on her own but has also played with the likes of Ani DiFranco and the Indigo Girls. She’s spent a good bit of time lately producing the music of other promising musicians.

LOCAL CONNECTION: McKeown is a James Monroe High School grad who grew up playing guitar at local haunts such as Hyperion Espresso.

CLAIM TO FAME: Melchers was an American Impressionist painter who, in 1889, earned the Grand Prize at the Paris Universal Exposition. He and John Singer Sargent were the first Americans to do so.

LOCAL CONNECTION: A Michigan native, Melchers studied art in Europe and worked in New York before buying Belmont, an 18th-century country estate in Falmouth, in 1916. He died there in 1932.

CLAIM TO FAME: An early civil rights leader, Moton became the second president of the Tuskegee Institute in Alabama and served as an adviser to Presidents Wilson, Harding, Coolidge, Hoover and Franklin D. Roosevelt.

LOCAL CONNECTION: In 1935 he retired to the Cappahosic area of Gloucester County and built Holly Knoll, a three-story home on the York River. The home became a meeting place for future activists, including the Rev. Martin Luther King Jr.

CLAIM TO FAME: This legendary guitarist pioneered an intricate acoustic guitar sound that has been labeled everything from neo-Appalachian to modern folk. Fredericksburg-area residents may have seen him play in his early years in the band Naked Lunch.

LOCAL CONNECTION: Rose was born in Richmond and raised in Fredericksburg, before moving back to Richmond and ultimately to Philadelphia, where his solo career took off. He was gaining a worldwide audience at the time of his death at age 38 in 2009.

CLAIM TO FAME: One of the most famous Spanish-born artists and a leading force in the surrealist art movement in the 1930s.

LOCAL CONNECTION: During World War II, the well-known painter, along with novelists Henry Miller and Anaïs Nin, found refuge at Hampton Manor, an estate in Bowling Green. While living there, Dalí completed five paintings and finished his autobiography.

CLAIM TO FAME: Mr. Las Vegas has been the quintessential entertainer, appearing on stage, on TV and in movies.

LOCAL CONNECTION: Newton spent part of his childhood with his grandparents in Stafford and Spotsylvania counties. He was 9 when he and his brother, Jerry, won $100 in the 1952 Kiwanis Amateur Talent Show.

CLAIM TO FAME: The Fredericksburg-based blues band, founded in 1984, earned fans worldwide after releasing its first album in 1990. In 25 years of performing, the award-winning trio shared stages with blues legends such as B.B. King, Willie Dixon and Koko Taylor.

LOCAL CONNECTION: Adegbalola and Faye live in the Fredericksburg area. Rabson died at her home in Hartwood in 2013 at age 67.

CLAIM TO FAME: Guitarist Starling and banjo player Eldridge were founding members of the Seldom Scene bluegrass band nearly 40 years ago. Starling also won a Grammy in 1992 for his work doing lead vocals and playing guitar on the album “Spring Training” with Carl Jackson and the Nash Ramblers.

LOCAL CONNECTION: Starling, a retired doctor, and Eldridge, a mathematician, both live in Fredericksburg.

CLAIM TO FAME: McBride co-wrote the film “The Foot Fist Way” and has appeared in several movies, including “This is the End” with James Franco and Seth Rogen. He helped create and starred in HBO’s “Eastbound and Down.” He’s also appeared in “Aloha,” “Rock the Kasbah” and this year’s “Alien: Covenant.”

LOCAL CONNECTION: He grew up in Spotsylvania and graduated from Courtland High School in 1995.

CLAIM TO FAME: The television, film and stage actress is best known for her roles as Gloria Stivic, the daughter of Archie and Edith Bunker on “All in the Family,” for which she won two Emmys and a Golden Globe, and as Babette on “Gilmore Girls.”

LOCAL CONNECTION: She has appeared on stage at south Stafford’s Riverside Center Dinner Theater in such productions as “The Full Monty,” “Hello, Dolly!,” “9 to 5: The Musical,” “Spamalot” and “Mame.” She’ll return to the area this fall to speak at the University of Mary Washington Women’s Leadership Colloquium.

CLAIM TO FAME: The singer–songwriter–guitarist has often been dubbed a one-man band. His musical career began in the 1990s and since then, he’s released more than 20 albums and has had countless live and recorded collaborations with a variety of artists.

CLAIM TO FAME: The actor is probably best known for his appearances in the “Beverly Hills Cop” movies.