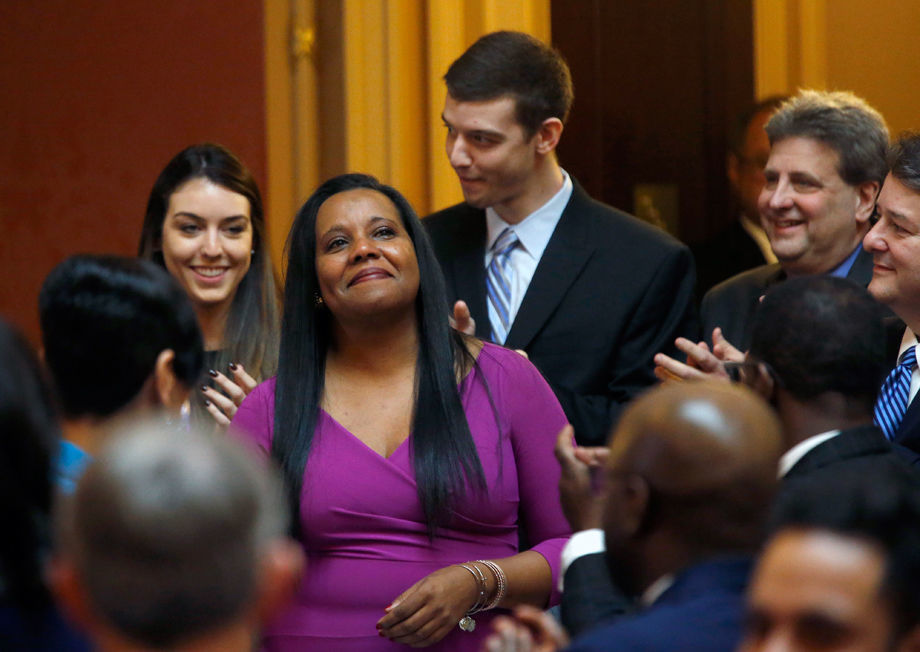 House Majority Leader Charniele Herring, D-Alexandria, smiles after being recognized as the first female and black majority leader in history inside the House of Delegates chamber at the Virginia State Capitol in Richmond on Jan. 8. 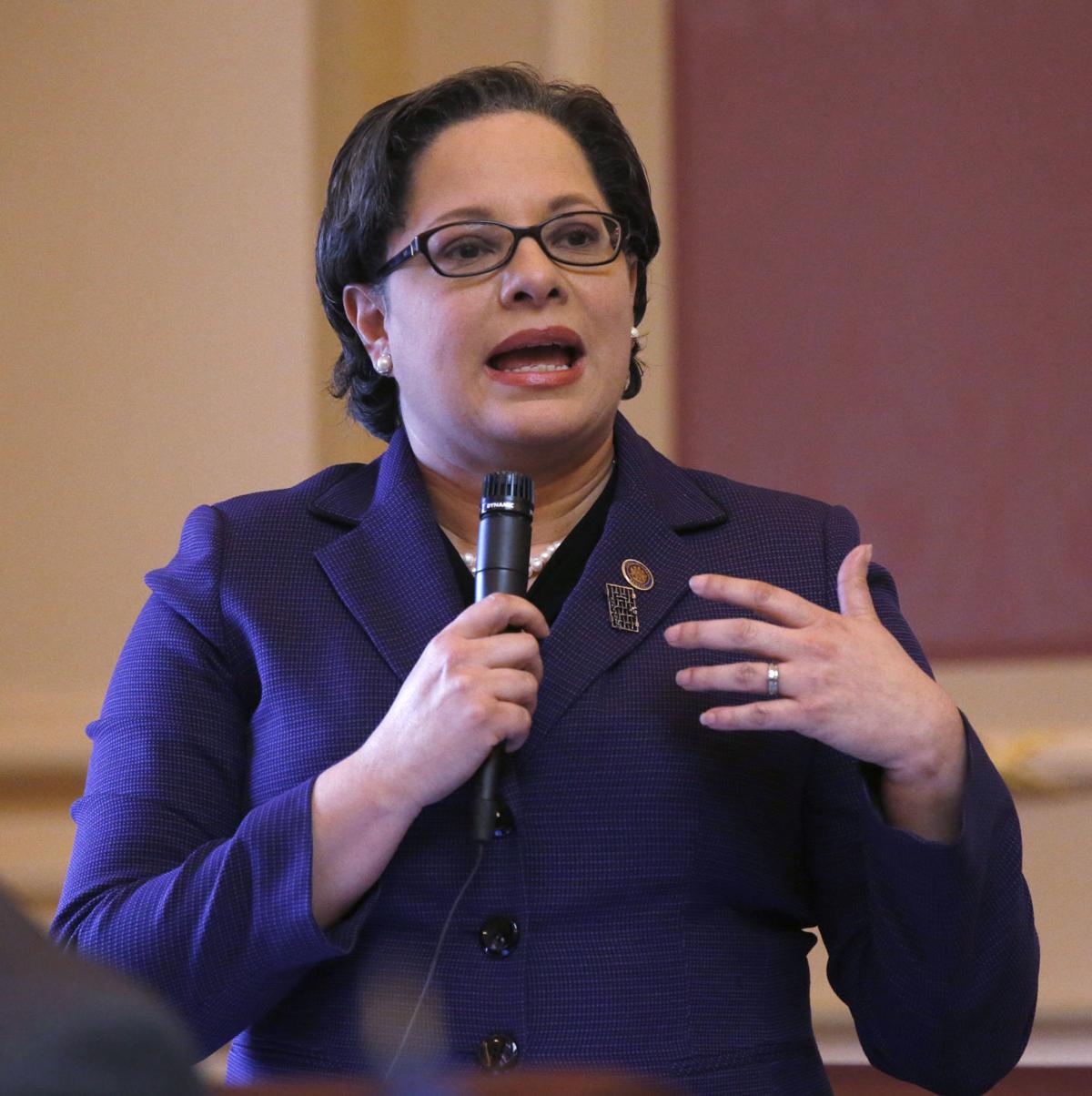 RICHMOND — Virginia Democrats have advanced legislation to the floors of the House of Delegates and Senate that would dismantle abortion restrictions Republicans put in place over the past two decades.

Loosening abortion restrictions was among top agenda items for newly empowered Democrats, who have control of both state chambers and the executive branch for the first time in 26 years.

The bills strike more than 1,500 words in the state code. They would repeal a requirement for women to receive an ultrasound, and scrap laws that mandate that women who are seeking an abortion wait 24 hours and undergo counseling that opponents described as “biased” and medically unnecessary. The changes also would expand the categories of health professionals who can perform abortions.

“We know this is just one step in unraveling decades of anti-woman legislation,” Sen. Jennifer McClellan, D-Richmond, said. The senator spoke at a news conference Wednesday, the 47th anniversary of the U.S. Supreme Court’s Roe v. Wade ruling that established a woman’s right to privacy in choosing to have an abortion in the first trimester of pregnancy without undue state restrictions.

The House Courts of Justice and Senate Education and Health Committees both advanced the bills on a party line vote. The bills are sponsored by McClellan and House Majority Leader Charniele Herring, D-Alexandria.

“We are on our way to reversing nearly 20 years’ worth of anti-choice policies that have made Virginia one of the most hostile places for abortion access,” Herring said in a statement. “No woman should be denied affordable and safe health care options.”

The move from Democrats comes as red states have passed additional restrictions to abortion access. House Democrats also have advanced legislation for a floor vote stating that the use of U.S. Food and Drug Administration-approved birth control will not be considered abortion under state code.

She said the legislation would help low-income women, rural women and women of color who endure more challenges to accessing abortion.

Abortion rights groups and advocates as well as abortion opponents packed the meeting rooms on Wednesday and Thursday to testify to the legislation.

“It suggests women like myself who have had abortions do not know that they want help,” she said. “I am here on behalf of those women who cannot yet speak to you about their abortion experiences but who are grateful during their pregnancies that the commonwealth of Virginia respects us enough and understands we are not children. We can look at scientific and factual information and make decisions.”

Numerous women who have had abortions spoke for or against the legislation. Women opposed to the restrictions called them “demeaning” and shared stories of having to surmount hurdles to get an abortion even though they were certain it’s what they wanted.

Chandra Jarrett, of Hampton Roads, described a traumatic experience of getting an abortion and wishing she had been able to view the results of an ultrasound beforehand.

“I believe women have a right to know what’s going on in their bodies when they’re pregnant,” she said.

Sen. Siobhan Dunnavant, R-Henrico, the legislature’s only obstetrician-gynecologist, said she would support removing the ultrasound language, because she didn’t think standard of care should be mandated in code. However, she expressed concern about allowing advanced practice medical professionals, such as nurse practitioners, to perform first-trimester abortions, as long as it falls within the scope of practice.

Additionally, Dunnavant said the 24-hour mandatory waiting period was not unduly restrictive and spoke of she’s met women in duress seeking an abortion who return requesting additional services to come to terms with their decision.

“There is no harm in giving a woman 24 hours to consider the decision being made,” Dunnavant said.

“I think by and large women know what’s best for their own body, and we ought not be telling them that,” he said.

Va. March for Life rallies in Richmond as some abortion restrictions about to fall

RICHMOND — With Virginia poised to roll back abortion restrictions, thousands of anti-abortion advocates descended on the Capitol Thursday to voice their opposition to legislation moving through the General Assembly.