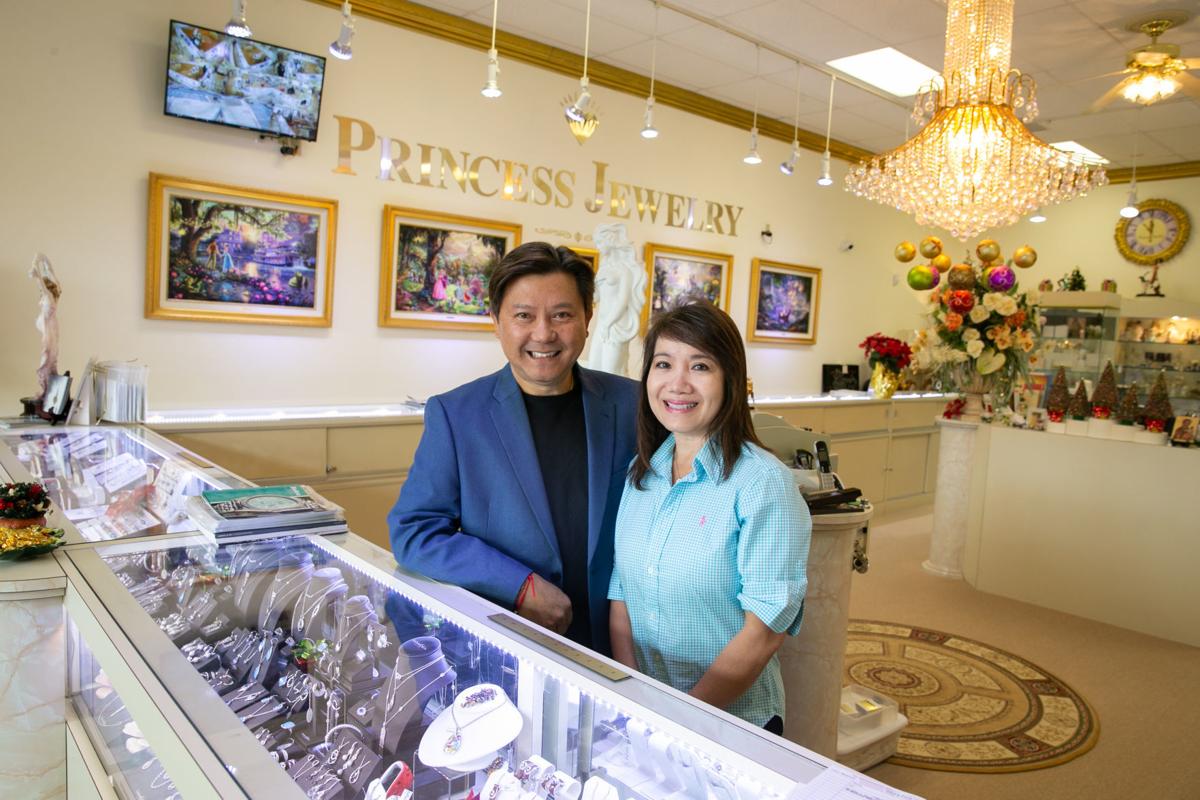 Dan and Kimberly Nguyen, owners of Princess Jewelry in Stafford, fled Vietnam for the United States in the 1980s. 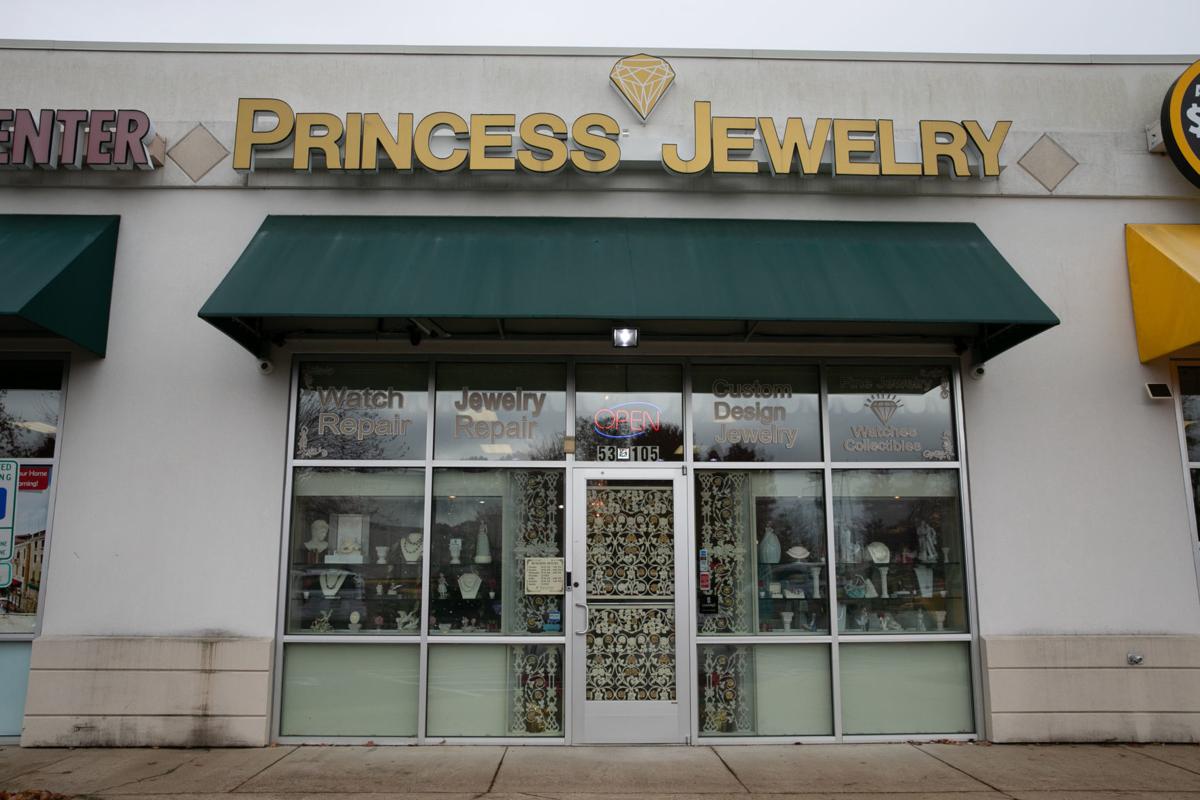 Princess Jewelry has been in business for 30 years. Owners Dan and Kimberly Nguyen came to the United States after communists took over Vietnam.

Dan and Kimberly Nguyen, owners of Princess Jewelry in Stafford, fled Vietnam for the United States in the 1980s.

Princess Jewelry has been in business for 30 years. Owners Dan and Kimberly Nguyen came to the United States after communists took over Vietnam.

It’s not that unusual for gold to play a prominent role in the lives of folks who own and run a jewelry store.

But in the case of Kimberly and Dan Nguyen, whose Princess Jewelry store is celebrating its 30th anniversary in Garrisonville this fall, the precious metal has been especially critical.

In one instance, it was the difference between life and death and in another, it helped them establish their business in Stafford County.

It was Kimberly for whom gold was the key to life itself when she and her older sister fled Vietnam in 1982 as American troops left and communists were taking over. Her mother and father had worked out a way to save some of their own possessions, but feared for the lives of their children as the region underwent a violent and scary transition.

Kimberly, with her husband Dan filling in some details, said originally her sister was to be the only one leaving on that fateful evening.

“But I wanted to go down there and see if she had made it out,” said Kimberly, noting that she was surprised to find her and others still there, as the boat was just arriving.

Suddenly, she faced a decision she wasn’t really ready for when the smugglers told Kimberly she could also come, because they had one spot left. The smugglers knew her parents and said the money for her transport could be paid after the fact.

Kimberly decided to take the chance, leaving with only the clothes on her back to join her sister and the 70-some others on a small boat she figures was probably designed for just 20.

The hope was that a bigger boat would quickly come along and agree to take them to the Philippines.

Instead, they were all stuck on the boat for five days as it quickly ran out of water, food and gasoline. Conditions were hot, miserable and the people aboard quickly began feeling hopeless as no rescue came.

“We hugged each other, cried and prayed,” she said, noting the people on the boat were buoyed when a much larger fishing vessel stopped to check on them.

“They gave us some food, water and gasoline but eventually pulled off and left us,” she said.

An odd sort of salvation manifested itself in the form of a horrific storm that moved the fishermen on the larger boat to come back and pick up the refugees. The good Samaritans knew the storm would capsize and kill all aboard the small fishing boat. They were right. It sank just after the fleeing group was offloaded.

Several days later, the vessel dropped the 70-some fleeing folks at Palawan Island in the Philippines, where a refugee processing center had been set up. Though it took months, the sisters were able to join a brother of theirs in Arlington and eventually become American citizens.

It was there that Kimberly met Dan, who had made it out of Vietnam a bit earlier, getting special assistance because of an uncle who had worked in the American embassy in South Vietnam.

It was a New Year’s gala that provided the introduction for Kimberly and Dan, both of them musicians recruited to provide music on that evening. He played his guitar and she added her sweetly melodic voice to the mix.

They married in 1983, moving to Herndon where they finished school while holding several jobs and slowly starting a family.

A newspaper ad in the Washington Post for a new subdivision in Stafford caught Dan’s attention, and the family moved there with an eye toward eventually starting a business in the rapidly growing county.

They started with a gift shop in Brafferton Center on Garrisonville Road, just 750 square feet, and chose gifts to sell because they didn’t require a huge expenditure to buy an inventory.

Soon enough, gold played a key role in the family’s life again. Kimberly was talking to a jeweler in Falls Church who suggested she and Dan add jewelry to their gift-store offerings.

When she replied that they didn’t have the money for an inventory of jewelry, the businessman said he’d help the couple if they’d pay him back later. The backing he provided was an actual handful of gold.

“It didn’t look like all that much, but at the time, it turned out to be worth $7,000 or so,” said Kimberly, showing the big smile she typically greets customers with. “It gave us the stake we needed to get started.”

Soon enough, the gift shop began selling jewelry. And when the Nguyens moved their business to its current spot at 53 Doc Stone Road, Suite 105 in the Doc Stone Retail Center, they made jewelry the main product line.

In a world where chain jewelry stores use expensive and constant advertising to bring customers into their stores, the Nguyens said relationships and personal service are the key for them.

“Kim’s the one who deals with the customers, many of whom become good friends,” said Dan, noting that the jewelry store has clients who used to live in Stafford drop by when back in town. “We’ve got customers in North Carolina, Texas and Florida we still do work for.”

Nothing prepared the couple and their family business for the hit they took in May 2015 when what authorities said was a well-trained crew of thieves broke into their store and stole everything.

“The store next door was being renovated, so the alarm was off in there,” said Dan.

Insurance paid for just one-third of what was lost.

Kimberly tears up a bit remembering what happened next.

“Our business actually picked up considerably right after the robbery, as customers came in to support us by buying jewelry,” she said. “They brought us food, they sent us cards and some even came in and cried with us.”

Today, the couple said the business is doing better than ever, albeit with a better security system, better insurance and more regular customers than ever. They sell fine gold jewelry, diamonds, colored stone jewelry, bridal jewelry, sterling silver, watches and collectibles.

“And we work with a goldsmith so we can help customers take an old piece of jewelry, maybe a family heirloom, and create a new setting and piece,” she said. “But it’s really providing good customer service that’s the key for us. We wouldn’t be celebrating 30 years in business without that.”