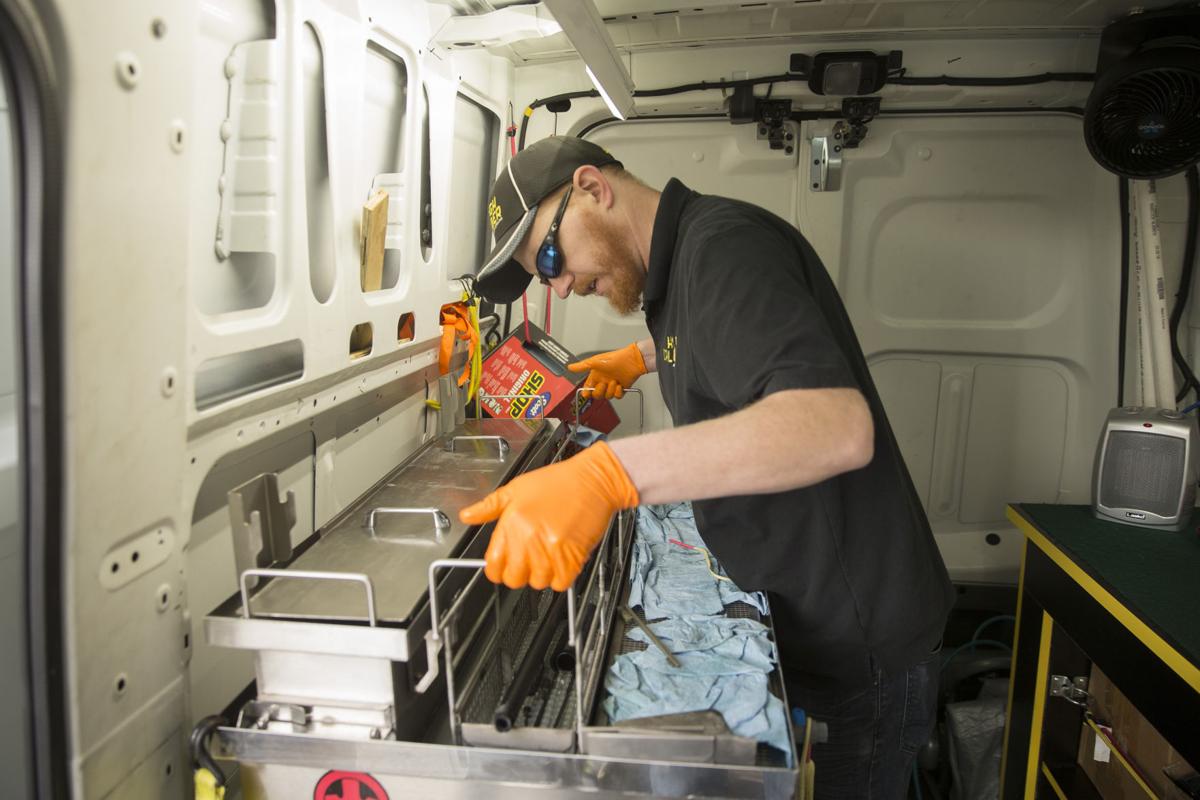 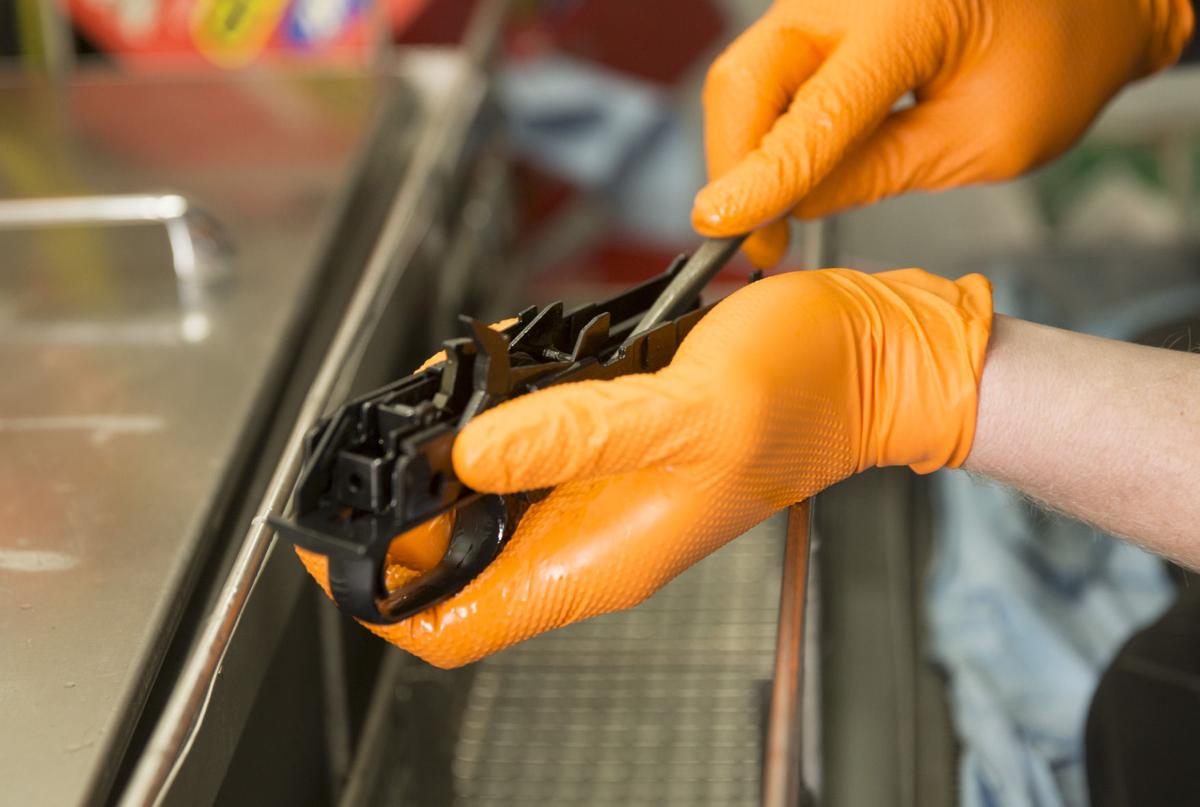 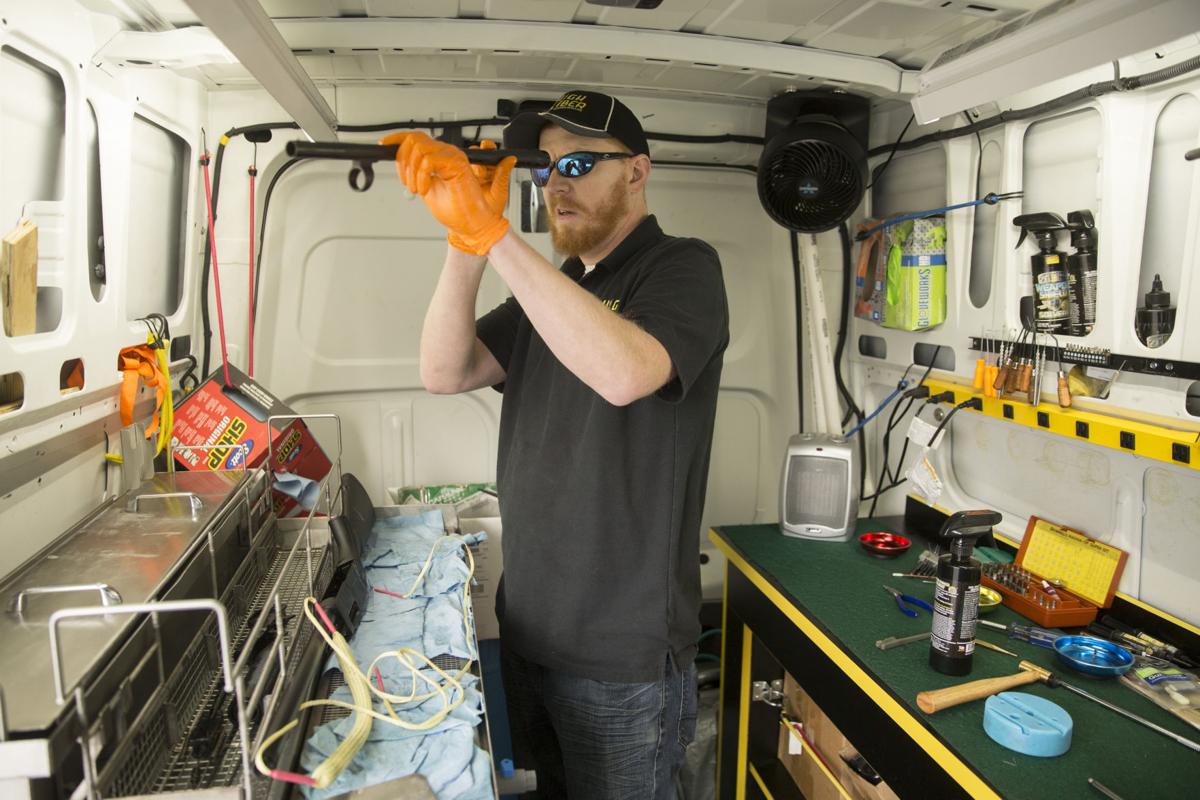 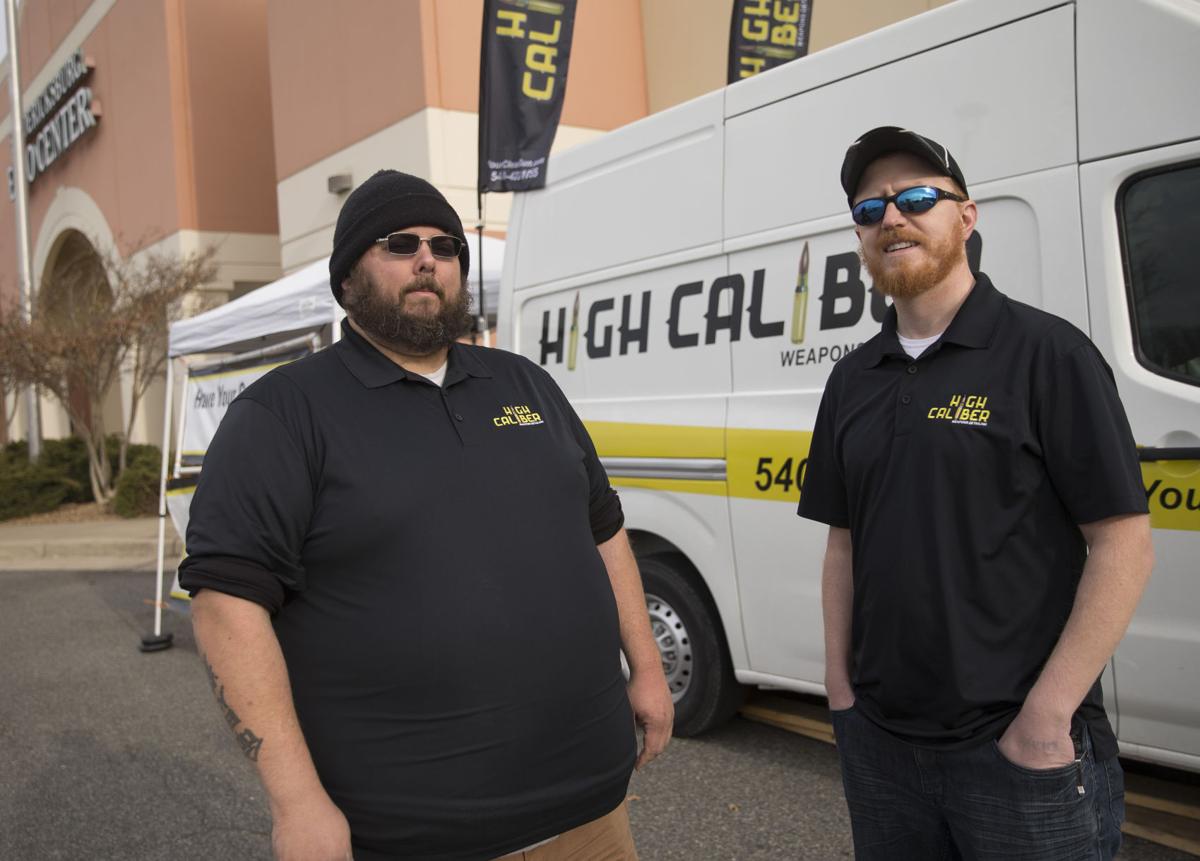 Justin Heflin and Richard Killeen set up their mobile gun cleaning business High Caliber Weapons Detailing outside the SGK Gun Show at Fredericksburg Expo Center in Fredericksburg, Va. on Dec. 17, 2017. The business is the only one of its kind in Virginia. (Mike Morones / The Free Lance-Star)

Justin Heflin and Richard Killeen set up their mobile gun cleaning business High Caliber Weapons Detailing outside the SGK Gun Show at Fredericksburg Expo Center in Fredericksburg, Va. on Dec. 17, 2017. The business is the only one of its kind in Virginia. (Mike Morones / The Free Lance-Star)

Maybe you woke this morning to find a brand new Glock—or Ruger, or Smith & Wesson—tied up with a pretty red bow under your Christmas tree.

Now that a new piece of weaponry is in your possession, what is your plan to keep it properly maintained, in tip-top working order?

Weapons maintenance may be a less glamourous aspect of gun ownership, but ignoring it can have serious consequences.

What’s unique about High Caliber is that theirs is a completely mobile service, the only one of its kind in the state of Virginia. They have outfitted a van with ultrasonic cleaning equipment, combining ultrasonic energy waves with a unique cleaning solution to reach areas inaccessible using traditional methods.

“We’ve patterned our operation after a similar business in Texas,” Heflin said. “The nearest mobile service that we could find is in Ohio.”

Heflin and Killeen can drive to your residence and clean your weapons on the spot.

“This gives us a lot of flexibility and offers better utility to the customer,” Heflin said. “Eventually we hope to open a small industrial space to work out of as well.”

For Heflin, the business is a labor of love. “I personally enjoy cleaning firearms, I get a lot of satisfaction from the process,” he said. “I know a lot of people hate it.”

Heflin has been using and cleaning guns for 17 years. He sometimes cleaned weapons by hand for friends, sometimes accepting a trade or ammunition as payment. As people expressed how impressed they were with the quality of his work, Heflin began to look into gun cleaning as a business.

With a business administration degree from Northern Virginia Community College, Heflin sat down with Killeen and the two of them made a plan. As they completed research and sought funding, they learned that a mobile cleaning service might be the best way to get started.

Since opening in April, business has been slower than they would like. Even so, Heflin said, “We’ve cleaned more than 700 firearms since we opened and we have yet to have a single dissatisfied customer.”

“We charge $55 for a rifle, while they charge $80, for example, and our turnaround time is much faster, we’re getting it done in hours rather than days or weeks.”

According to a study in June by the Pew Research Center, three in ten American adults say they currently own a gun. About half of those who don’t own a gun say they could see themselves owning one in the future.

In Virginia, gun ownership hovers around 35 percent of the population.

Even if you don’t use your gun very often, the climate alone can increase the need for cleaning.

“High humidity, freezing rain, salty air or blowing sand are all examples of things that can really take a toll,” Heflin said.

“If you haven’t cleaned your weapon in a while, you might want to think about getting it done,” he added.