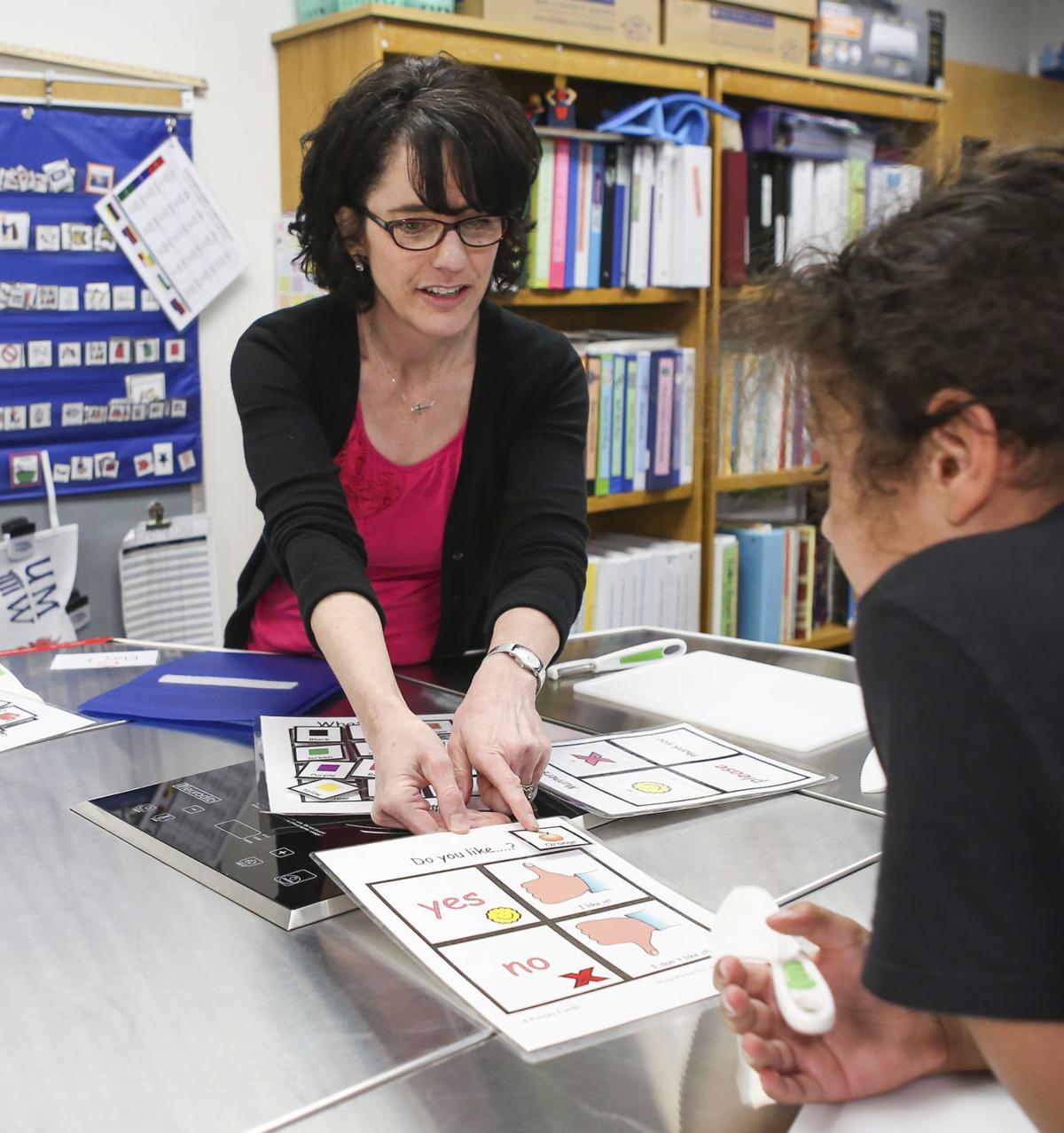 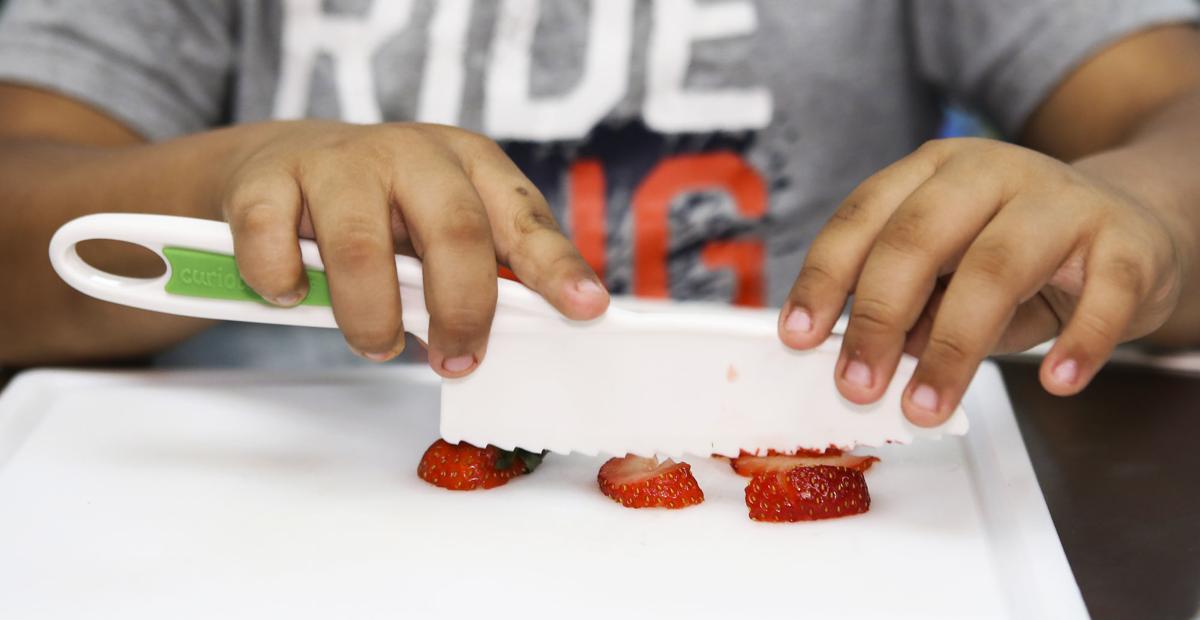 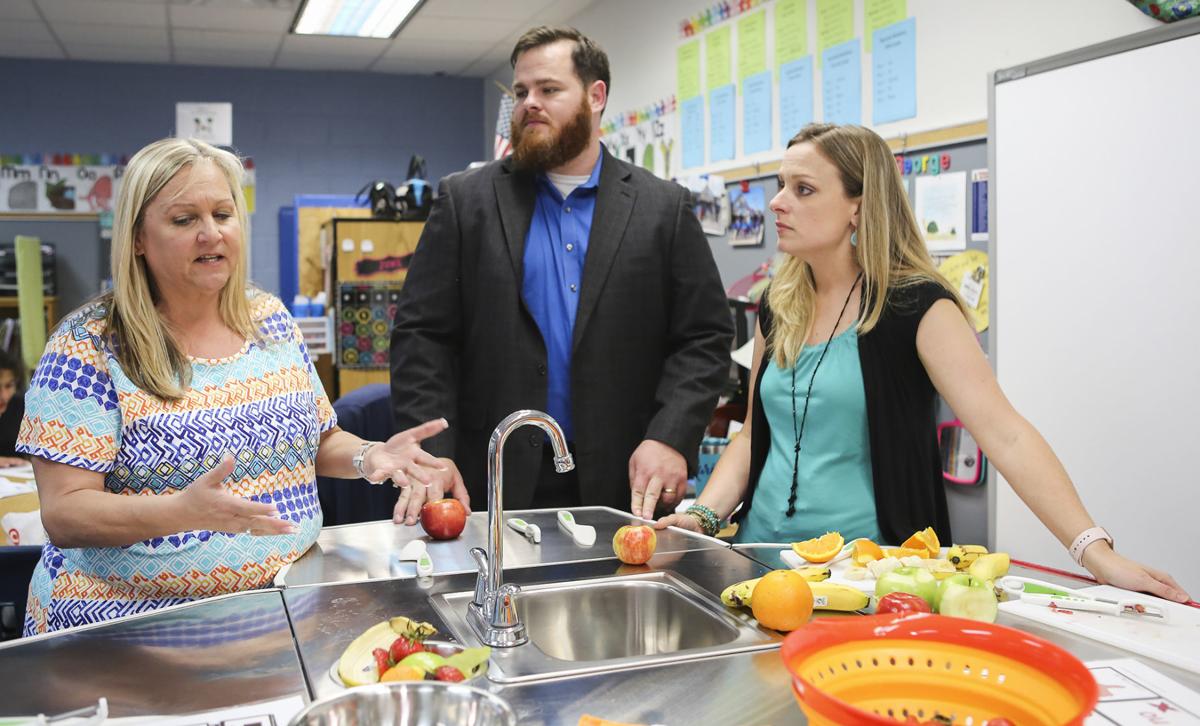 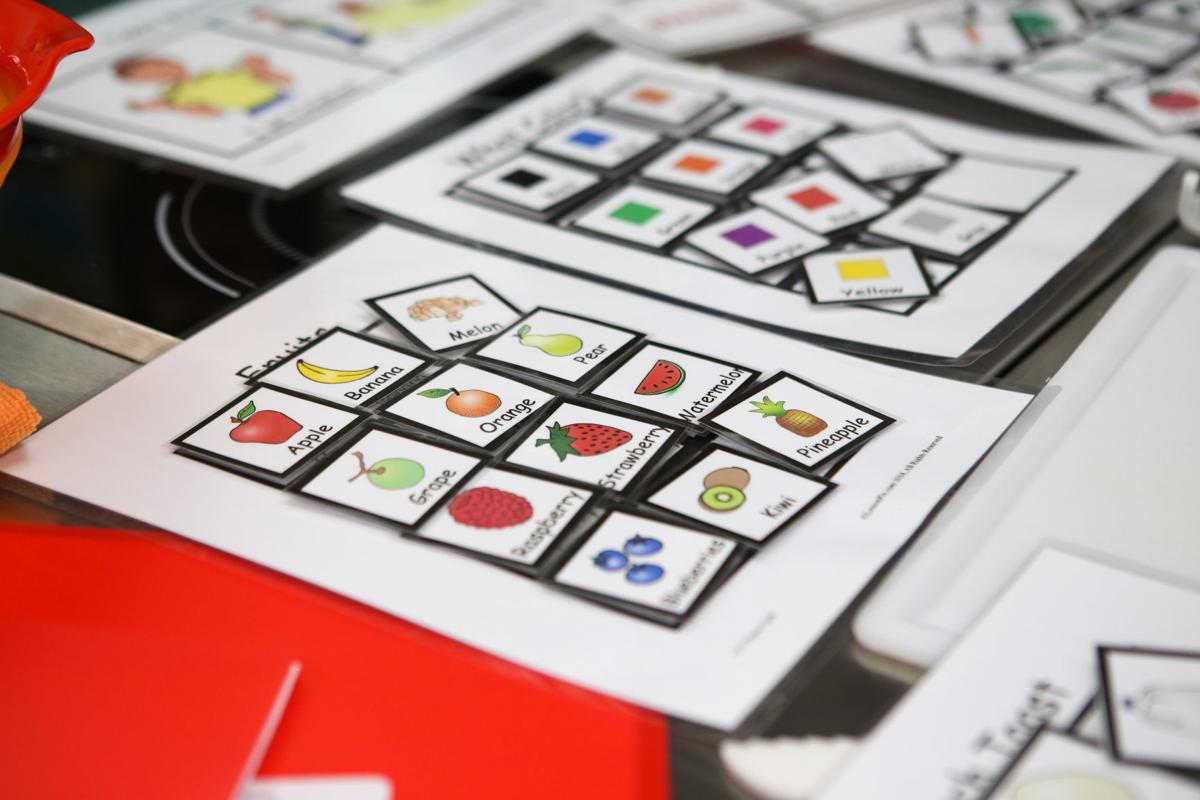 In October, April Burch surprised everyone after winning a three-year lease on a new Nissan Rogue when she requested instead that the dealership involved in the contest make a donation to her sons’ autism program at Conway Elementary School.

“My reaction was, ‘Wow.’ I was incredibly impressed with her generosity,” Pohanka Nissan’s managing partner Tim Pohanka said at the time. “I mean, if you won a car, would you do this?”

When Pohanka donated $5,000 to the school, Burch was thrilled, calling it “a big shining blessing.”

Now she has another surprise gift: She’s working with teachers at Conway to expand a weekly cooking program for students with autism to other schools in Stafford County.

“We wanted to be able to help not only our school and our children, but all the schools in the area and anywhere,” Burch explained last week.

Burch and her husband, Morgan, have two sons: Hunter, 9, and Daniel, 7. Both boys have been students in Conway’s special education autism program, which includes weekly cooking classes.

“We have seen this program significantly impact our children,” April Burch said. “Working with food in a classroom helps children with autism learn and grow in a variety of ways that can’t be accomplished through any other method.”

After seeing the media coverage of Burch’s donation last year, many other parents and teachers of children with autism contacted her to find out more about the program.

That led her to start Cooking Autism, a nonprofit that provides a food program curriculum for special needs and autism classrooms. It is designed to help students develop social skills, learn to follow directions and to expand their diets, among other things.

Conway special education teachers Kari George, Amy Allen and Andrea Wright, and speech language pathologist Donna Bloom designed the program. The Burches are executive directors. Together they make up the Cooking Autism board of directors.

“We are offering this curriculum to classrooms for free,” Burch said. “We are raising funds to be able to provide the supplies and food needed to support this program.”

The group estimates it will cost about $1,000 a year to offer the program to a classroom of 16 students. Burch said they are working with Stafford County Public Schools to pilot the program in five classrooms starting this fall.

“From there, if we can get enough sponsorship, we’d like to offer it to as many classrooms as we can throughout the area,” she said.

Morgan Burch said they are seeking corporate sponsors and holding a number of fundraising events over the summer to fund the pilot programs.

“We’re having a skate night at Cavalier on June 23, a sensory night at Texas Roadhouse in July, and several sensory-friendly events at the Paragon movie theater and other locations,” Morgan said, noting that more information can be found on the organization’s website, cookingautism.org.

The cooking program at Conway began several years ago, when one of the students stole a grape from the lunch of one of the special education instructors.

“This was significant because children who are autistic often resist trying new foods, and this was something the child had never tried before,” Burch said. “So the next week, the teachers brought other foods to encourage the children to try, and from there a cooking program developed.”

Now, every Friday the students in the program work together to make a meal. The teachers found that in a school setting with professional guidance, children with autism are more likely to brave sensory barriers, such as the sounds food makes when you chew it, a food’s texture and smell, and how it looks.

“At home, our son would only eat one or two things even though we tried and tried for years to introduce him to new foods,” Burch said. “But through this program, his diet has expanded significantly.”

Students also get a multitude of other social and academic benefits from working with food.

“Of course, there’s basic communication, following directions, expressing opinions, accepting food service and serving it to others, appropriate table manners, all that and more,” said Bloom, Conway’s speech pathologist. “Then there’s the writing and reading, math and science that comes with it, as well. Children with autism need extra practice in all these areas, and cooking brings it all together in a very natural way.”

“We try to introduce foods that the kids might have exposure to at home, nothing exotic,” said George, one of the teachers. “We never force anyone to eat anything. We’ll say, ‘Just put a little on your plate,’ or ‘Just touch it on your lips,’ or ‘Take a tiny little bite.’ ”

The $5,000 donation from Pohanka helped Conway purchase a refurbished portable kitchen from Edible Education in Midlothian. It includes a convection oven, running water and ample work space for eight to 10 students at a time. It is supplied with plastic safety knives and other cooking equipment modified for student use.

“Before then, we’d been squeezing the kids around a table and we were carrying kitchen equipment and food back and forth from our own homes,” George said.

The Stafford school system provides funding for all the special education programs throughout the county, including Conway. But teachers have secured the extra money needed for food and other items for the cooking program from the PTA or through fundraisers.

Knowing how much the students love the program and how valuable it is for their growth, teachers were even using their own money to pay for some things.

“Getting the kind of support and help we have through April and Morgan and their efforts has been incredible,” said George. “This year has been amazing.”