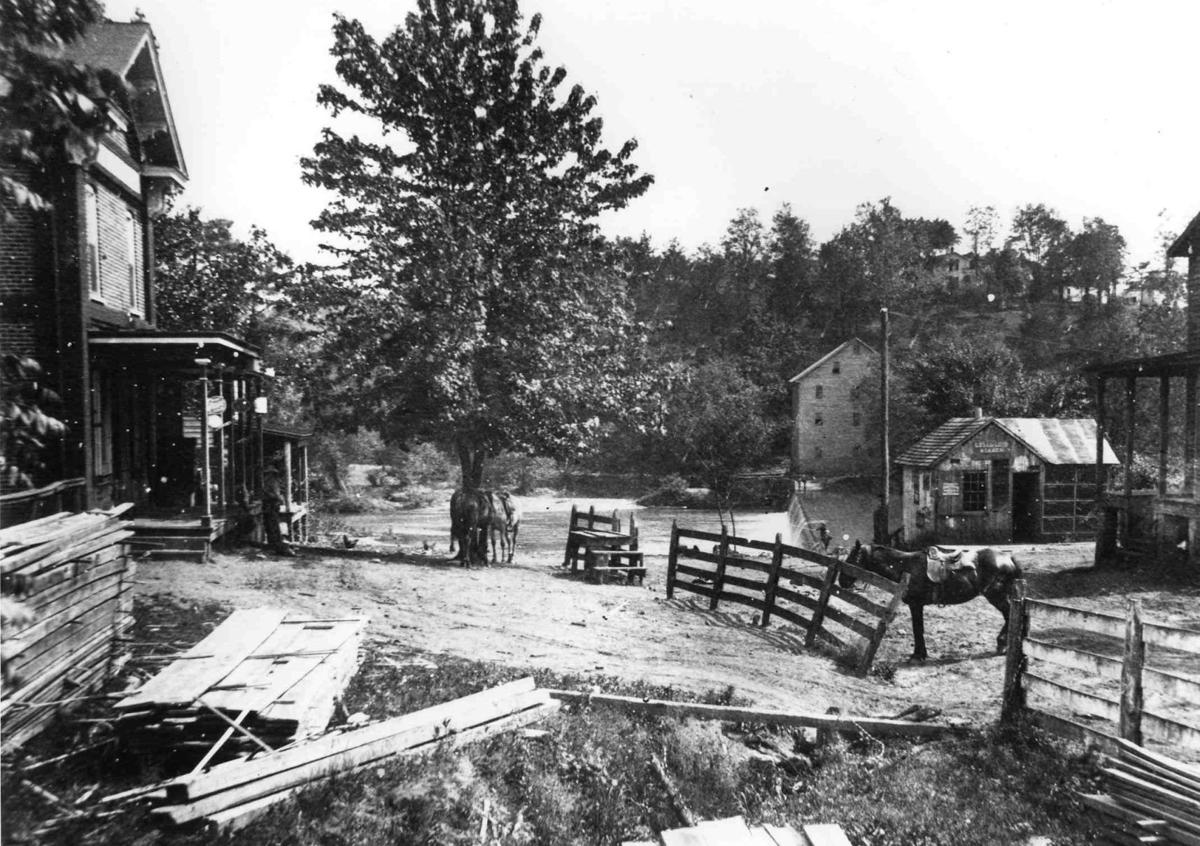 Raccoon Ford looking south in 1897. Rhoades Store is at left and there is a three-story mill on Orange side of Rapidan River. 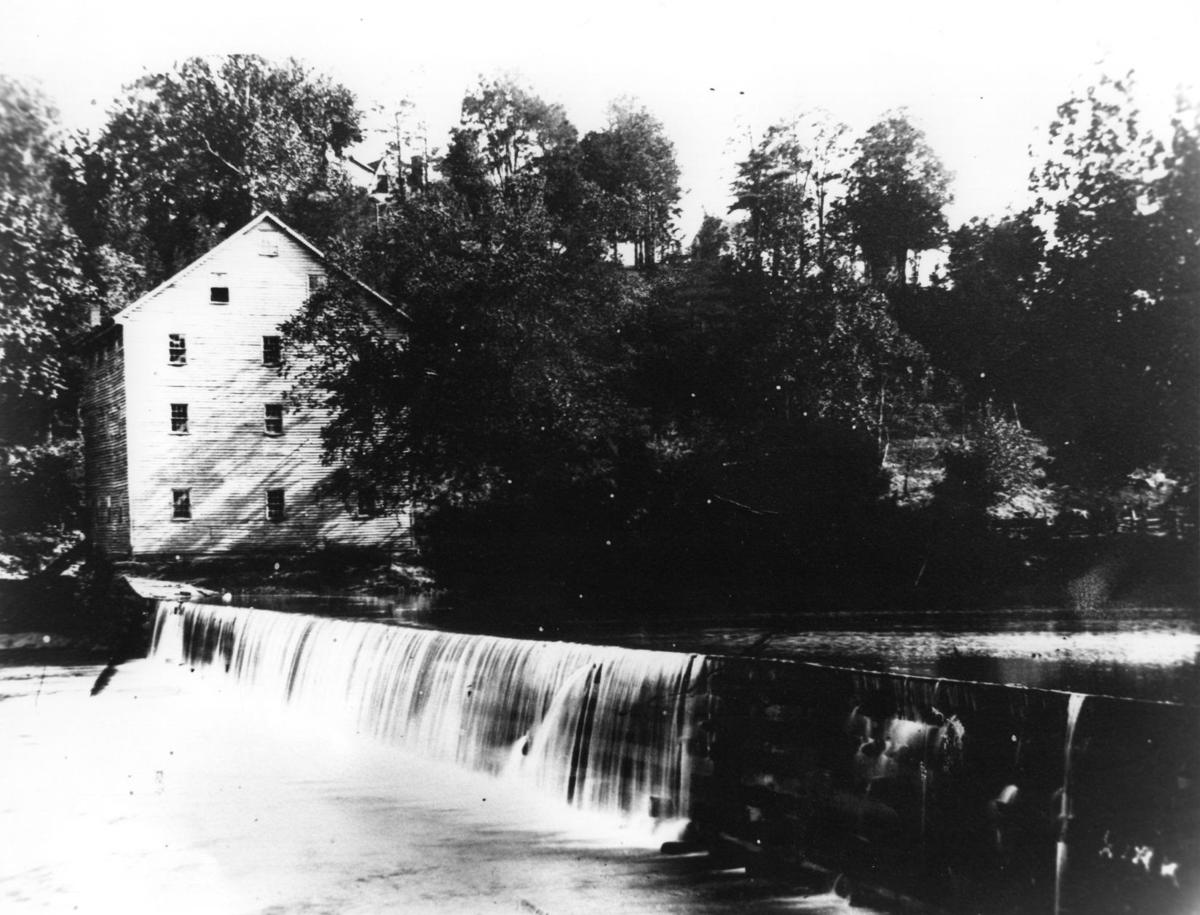 The dam at Raccoon Ford. 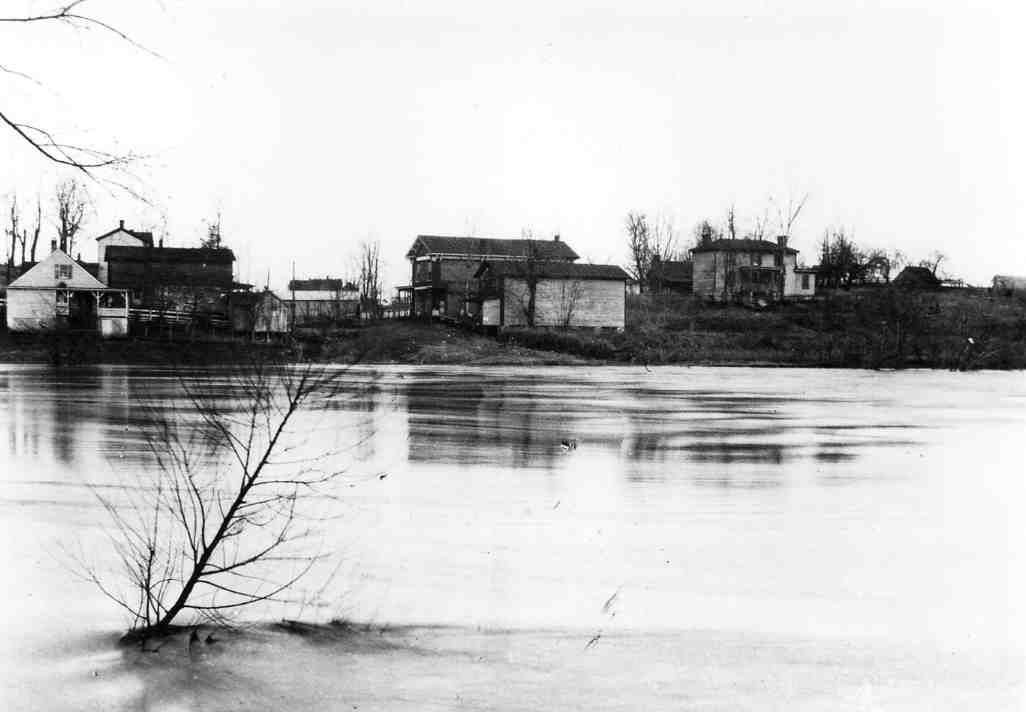 The flood of 1913, as seen from the Orange side of the Rapidan. 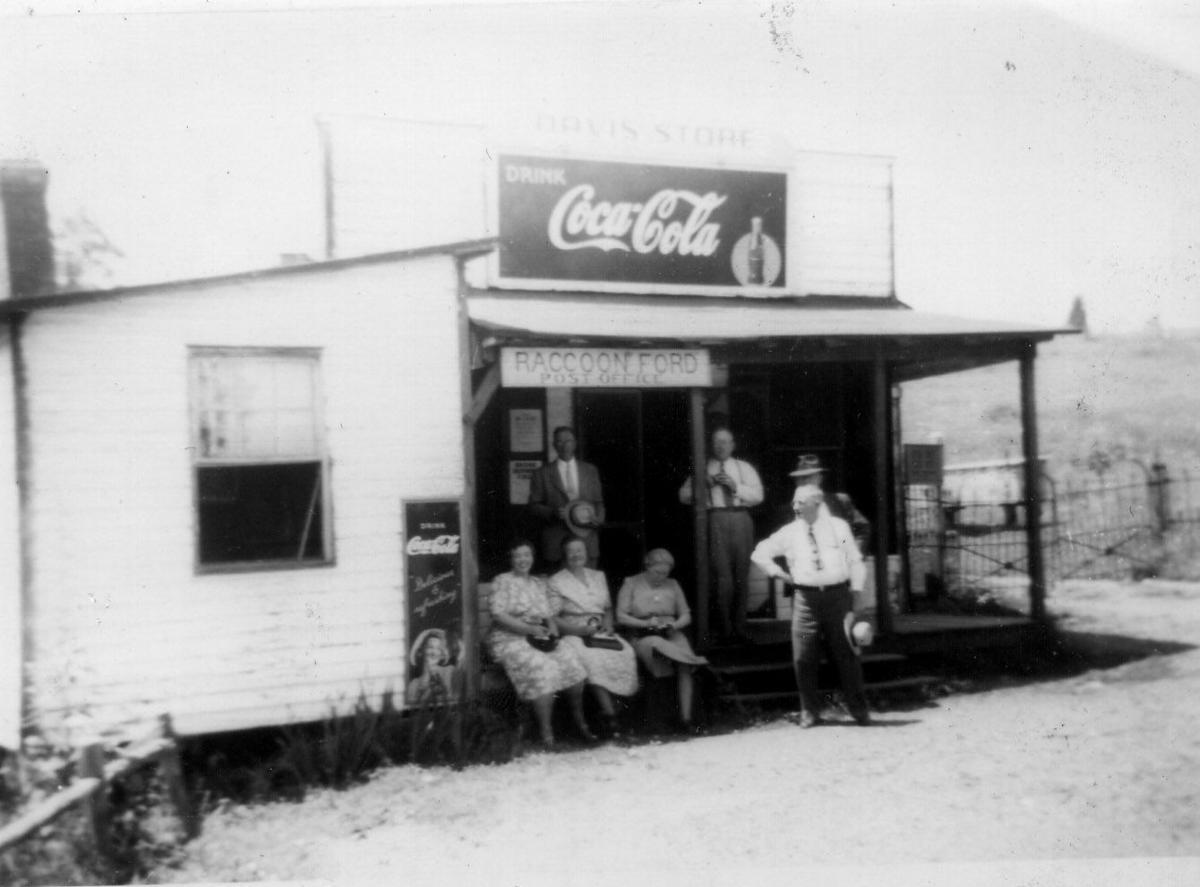 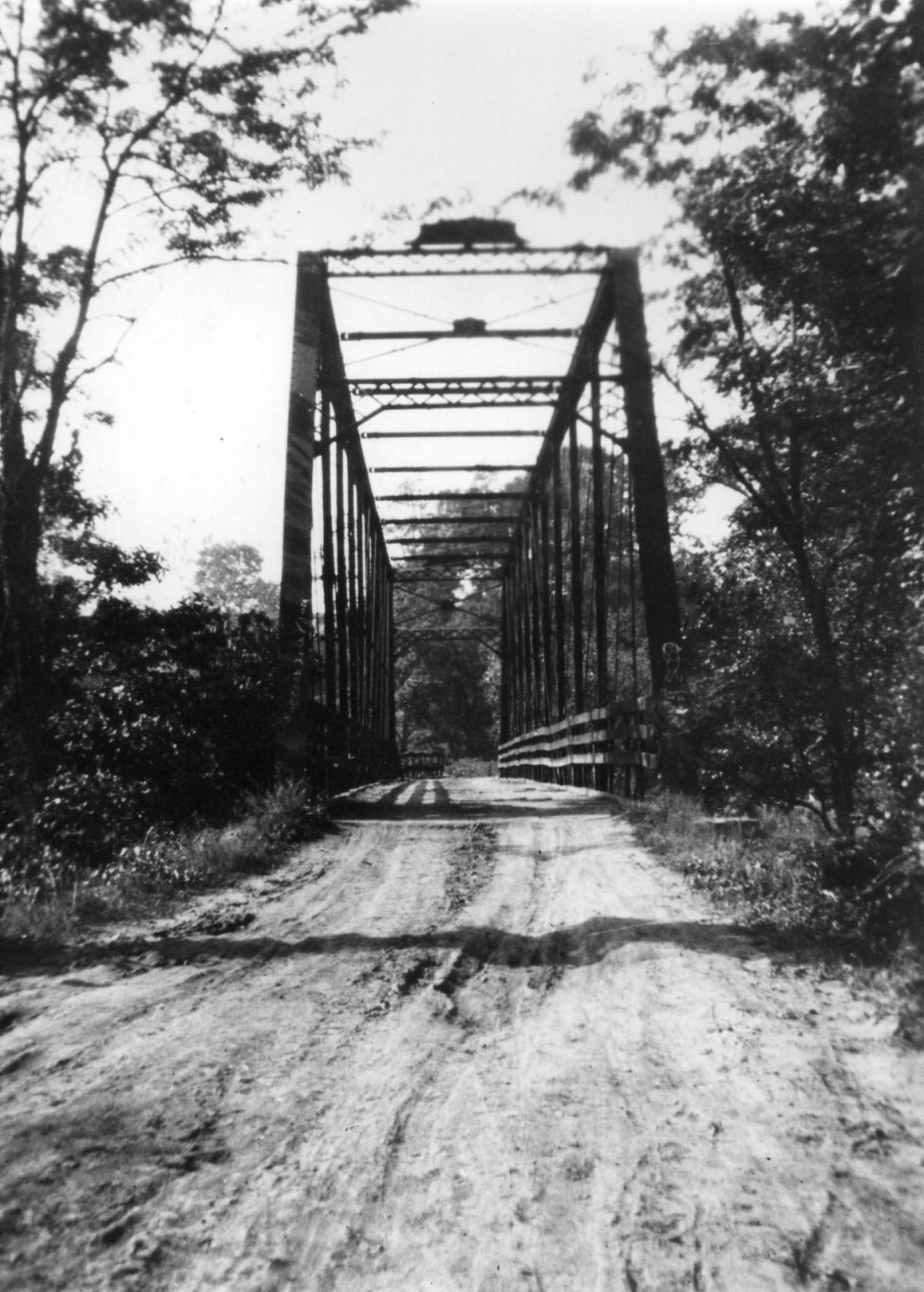 The automobile bridge at Raccoon’s Ford 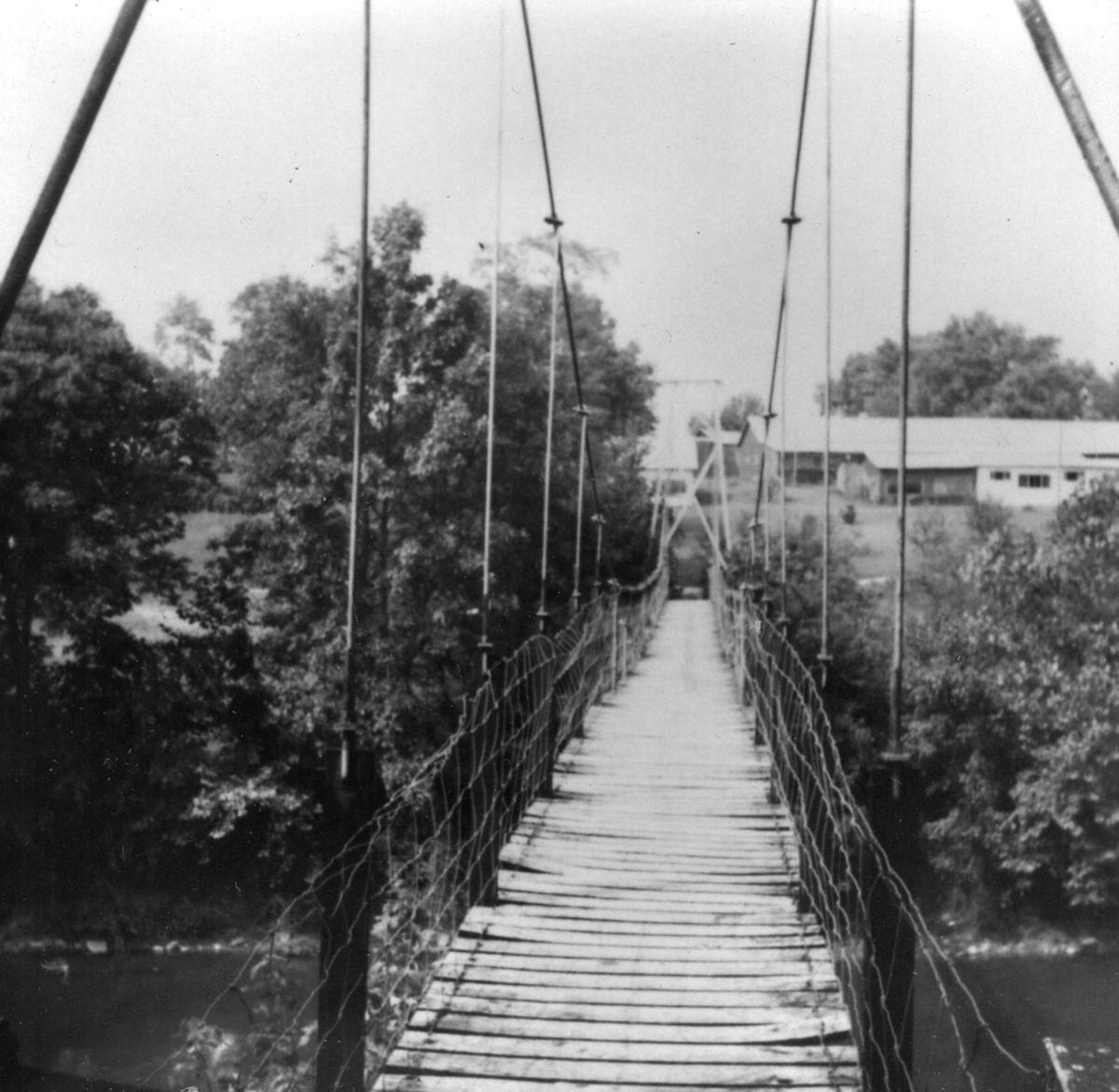 The Raccoon Ford footbridge, in the 1950s. 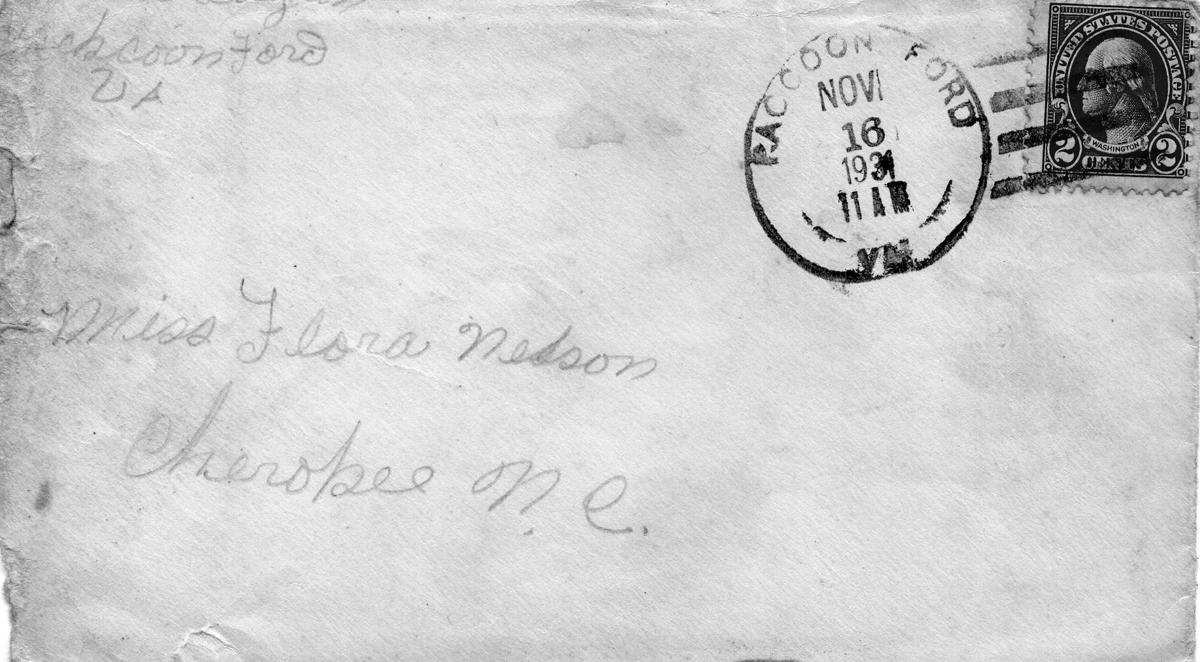 Raccoon Ford looking south in 1897. Rhoades Store is at left and there is a three-story mill on Orange side of Rapidan River.

The dam at Raccoon Ford.

The flood of 1913, as seen from the Orange side of the Rapidan.

The automobile bridge at Raccoon’s Ford

The Raccoon Ford footbridge, in the 1950s.

Most Culpeper citizens west and north of Winston would be hard pressed to even locate Raccoon Ford on a map these days. But for more that 150 years, this somewhat isolated community on the Rapidan River was a bustling gateway to Orange County.

During that century and a half, the Rapidan, which flows into the Rappahannock River about 15 miles downstream, was both Raccoon Ford’s best friend and worst enemy.

The river afforded power for a large carding and gristmill that sat on the Orange County side and a sawmill that prospered on the Culpeper bank. But the Rapidan, whose headwaters are in the mountains of Madison County, has always been prone to flooding and several mills have been washed away, the last one in 1937.

According to legend, Raccoon Ford got its name in 1781 when the Marquis de Lafayette, while waiting for Col. “Mad” Anthony Wayne’s command to arrive from Pennsylvania, decided to build a landing ramp on the Rapidan.

While cutting down trees for the project, his troops felled one that was home to a family of raccoons. Hence, the ford that had been used for centuries as a crossing by the Indians traveling the old Carolina Road became known as Raccoon Ford, as did the community that sprang up on the Culpeper side in the late 18th century.

In fact, legend has it that Gov. Alexander Spotswood crossed here in 1716 during his Knights of the Golden Horseshoe expedition.

The first known mill was built at Raccoon Ford in 1780 and history records that both the carding mill and sawmill were in operation in 1816.

The U.S. government established a post office at Raccoon Ford in March of 1825 and by 1834 the community had eight homes, a shoe and boot factory, a tailor’s shop (where the carded wool was made into clothing), a small saloon, a blacksmith shop and a carriage maker’s shop. The total population was about 80.

Both Federal and Confederate troops camped on either side of the river at Raccoon Ford in 1863 and about 10 skirmishes were fought in and around the village. Upon leaving, the Yankees burned the town, with the exception of the mill and a brick plantation kitchen, which still stands today.

Edward S. England improved the undershot-wheel mill after the war ended and built a strong log and earthen dam across the Rapidan. A plank walkway was fashioned just under the water on top of the dam to allow foot traffic to cross the stream.

An iron bridge was constructed in 1883 for horse and later automobile traffic to cross between Culpeper and Orange counties. That bridge survived the infamous 1889 flood (part of the Johnstown Flood that swept away most of the mills in the county), but was destroyed by the 1937 flood that also claimed the last mill.

By that time a new bridge along U.S. 522 was built so the Virginia Department of Transportation did not rebuild the one at Raccoon Ford. Instead, the highway department, using the old abutments, built a footbridge across the Rapidan, which attracted visitors until it was swept away by the Hurricane Agnes flood of June 1972.

Allie Rhoades owned one of two stores in Raccoon Ford at the turn of the 20th century. A man named Bailey operated the other and when it closed, movies were occasionally shown in the building.

John Tinsley operated a blacksmith shop in the village during this era. Dr. James Scott had a practice there and St. Paul’s School (at the church of the same name) provided education for the neighborhood kids.

Rhoades Store burned in November 1925, but soon after Willie and Gabriella Davis (grandparents of Board of Supervisors member Sue Davis Hansohn) built another store just around the curve.

That store survived several floods (Davis would tie the building to a tree when the river began rising), but caught fire and burned in 1949. The post office was rebuilt (Gabriella Davis was postmistress) but was closed in 1951.

The swimming hole behind Davis’ store was a popular gathering spot for neighbors—especially kids—for 200 years.