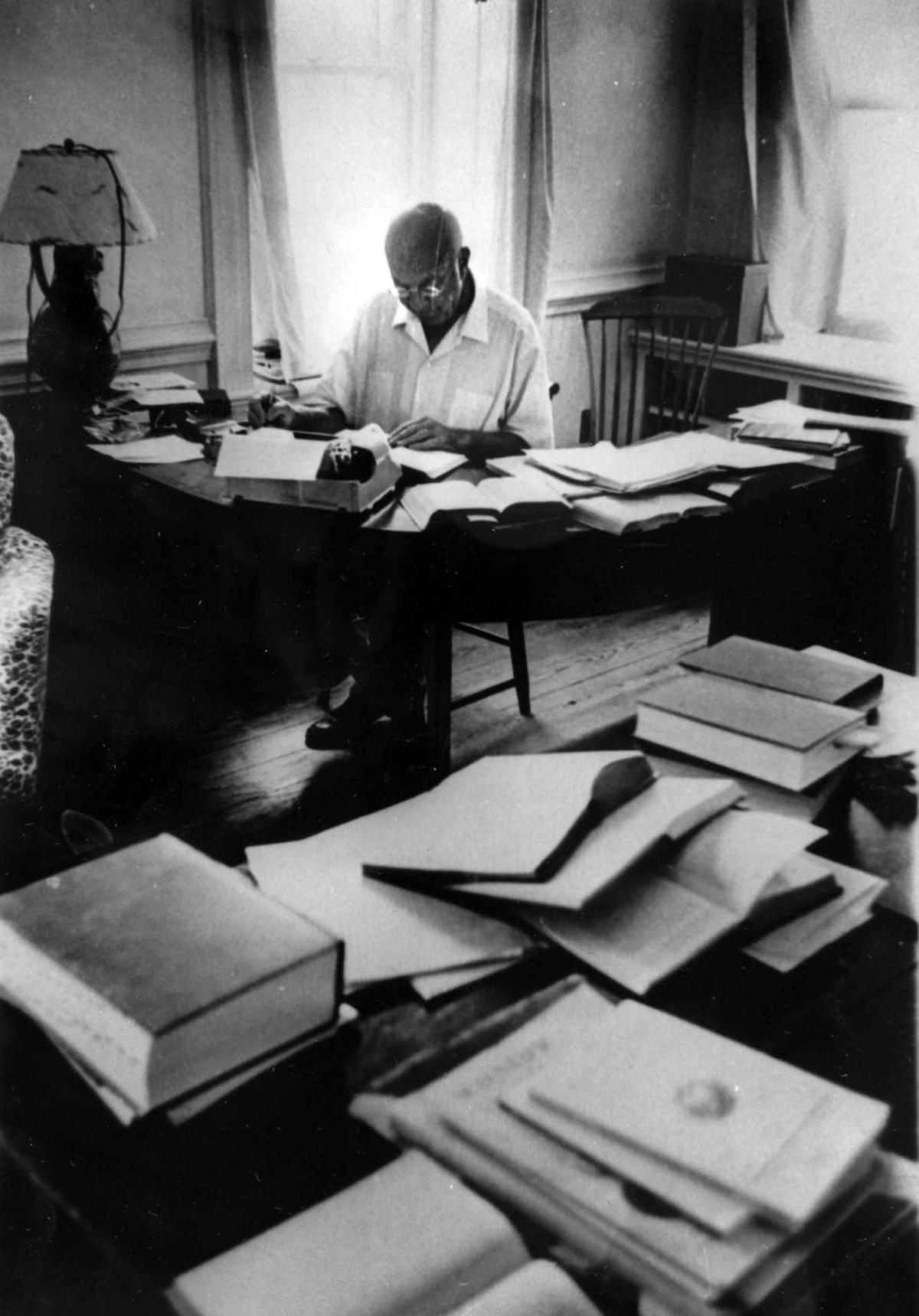 Author John Dos Passos sits at his curved desk in his study at Spence’s Point, the Potomac River estate he shared with his wife, Elizabeth. Many of his later works were penned there. 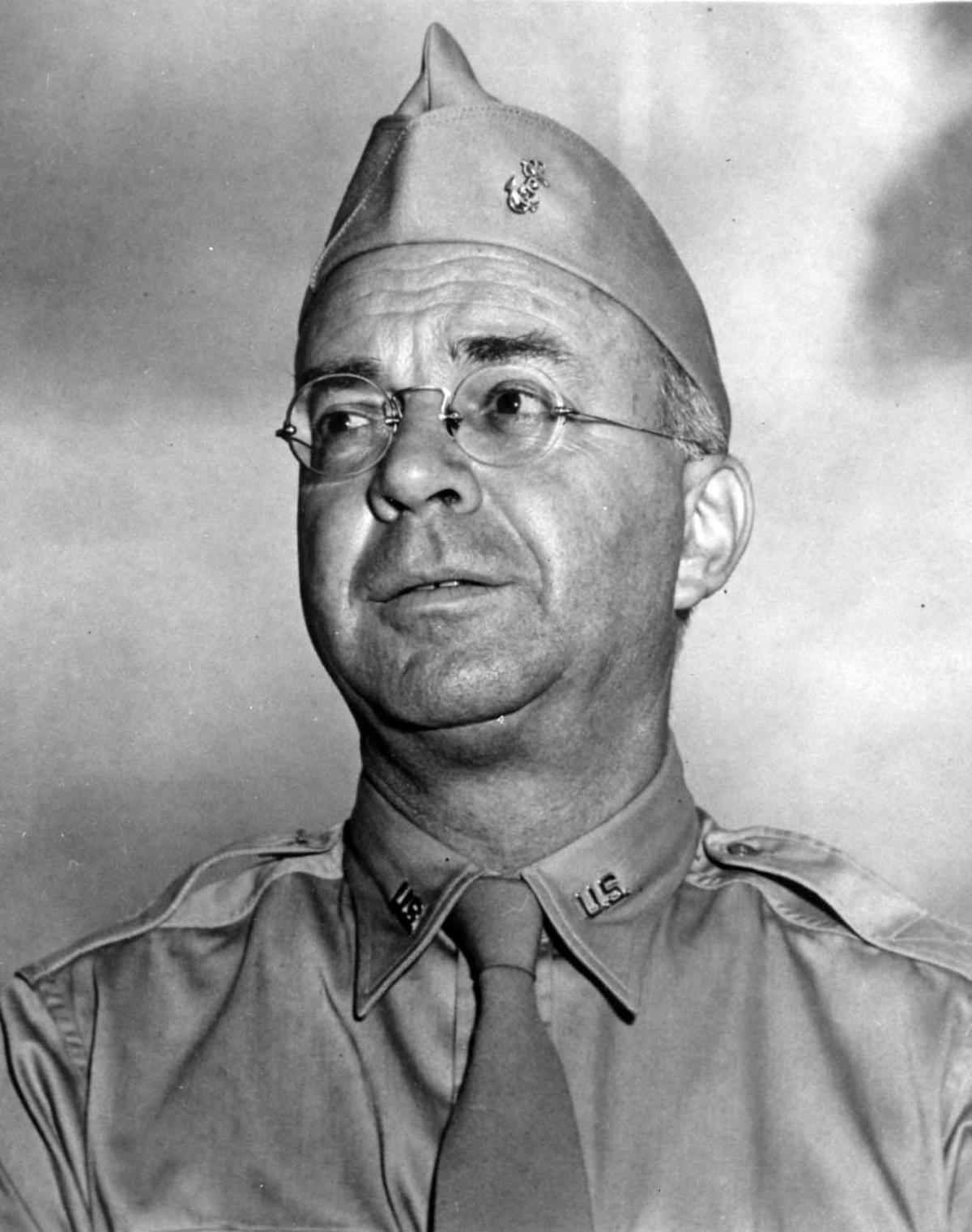 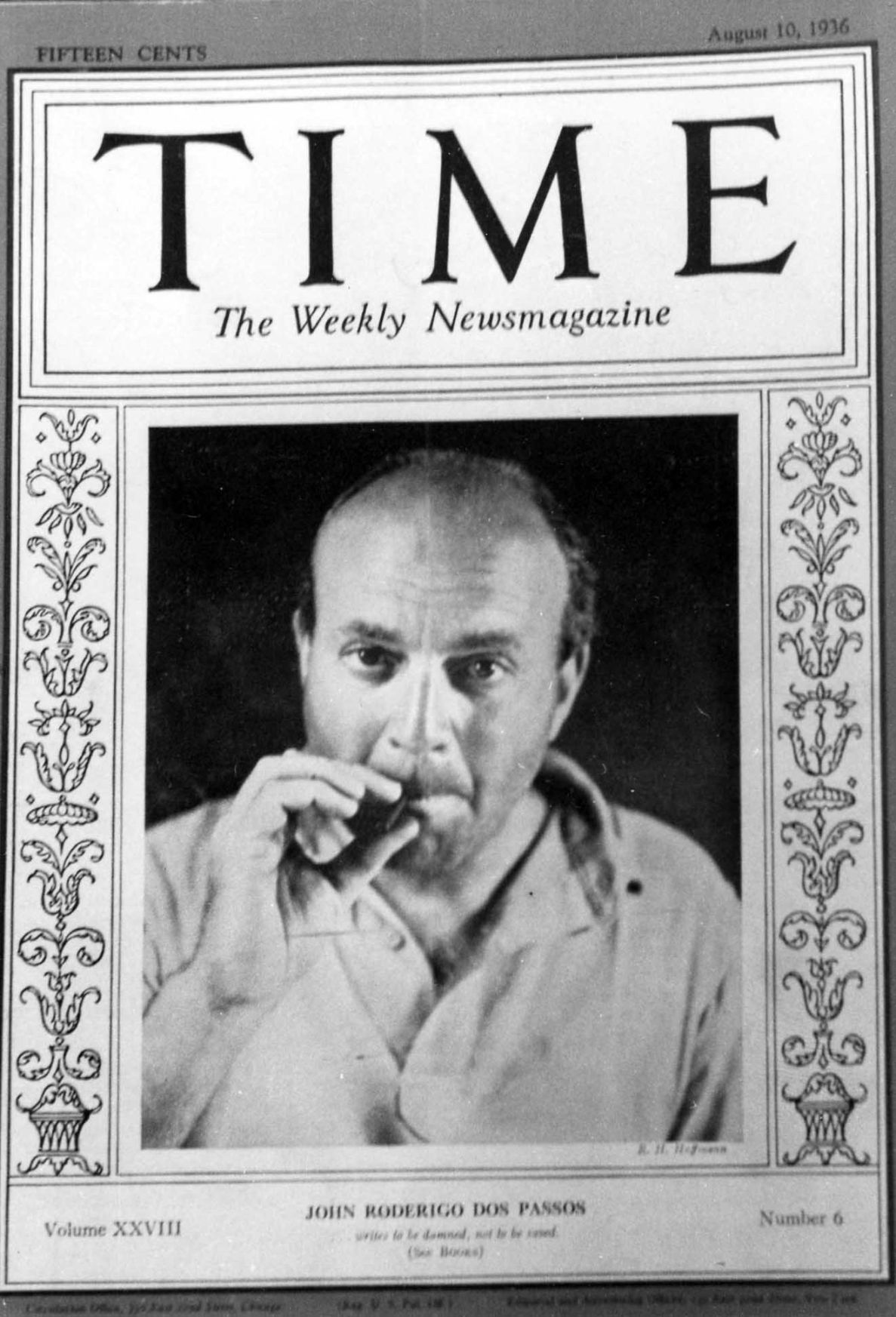 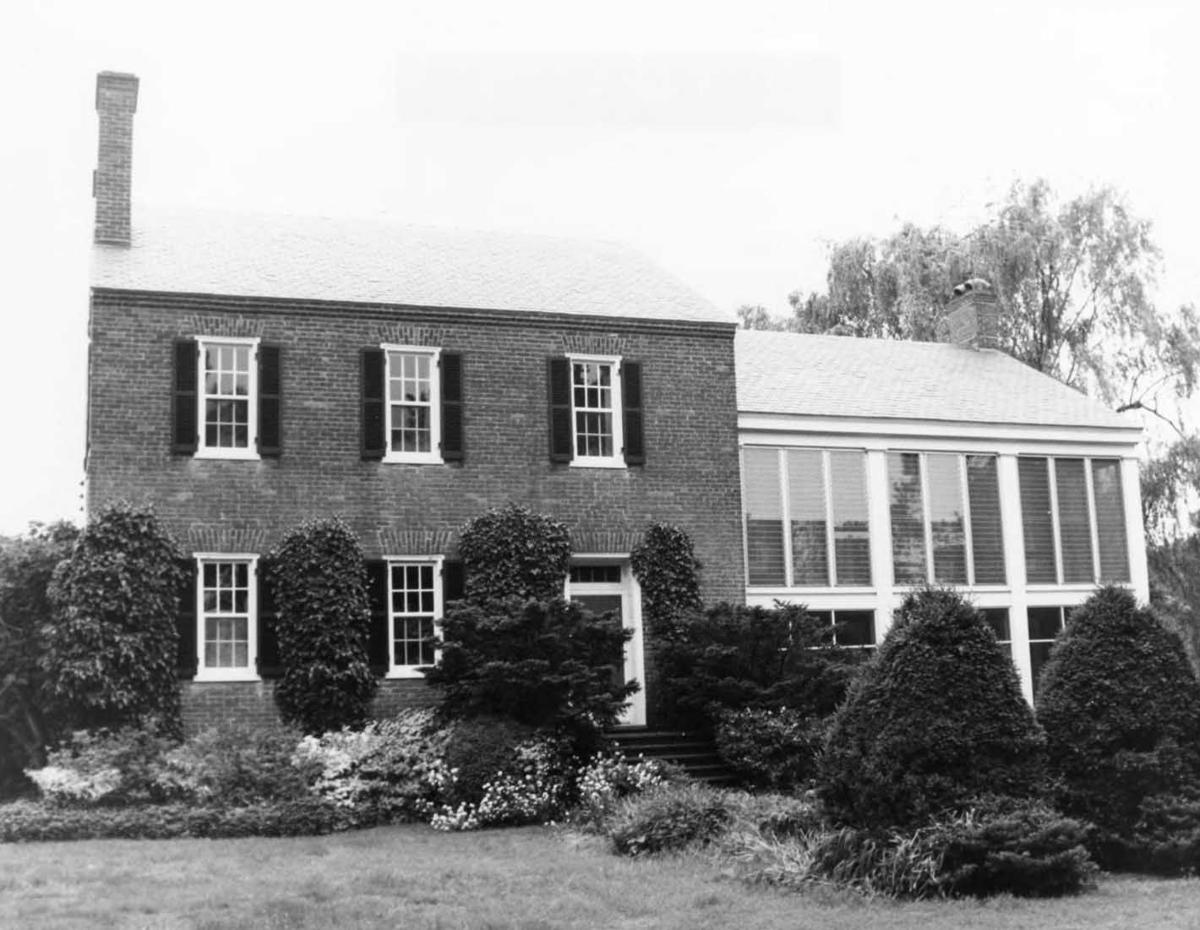 Spence’s Point, pictured in 1971, is a Virginia and National Historic Landmark. Dos Passos lived there for about 20 years.

Author John Dos Passos sits at his curved desk in his study at Spence’s Point, the Potomac River estate he shared with his wife, Elizabeth. Many of his later works were penned there.

Spence’s Point, pictured in 1971, is a Virginia and National Historic Landmark. Dos Passos lived there for about 20 years.

Early in the 20th century, a young man named John Roderigo Dos Passos went to the prestigious Choate school and then traveled for six months through Europe, Greece and the Middle East to study the masters of classical art, architecture and literature.

After that, the Chicago-born son of a trust lawyer of Portuguese descent attended and graduated from Harvard University. A year later, as World War I was raging in Europe, he volunteered as a driver in the ambulance corps near Paris, his days filled with bringing bodies back from the front.

Dos Passos worked shoulder to shoulder in the ambulance corps with e.e. cummings and then with Ernest Hemingway. He and Hemingway began a friendship that went from collaboration and support in its early years to bitterness and vitriol later, for political and personal reasons.

What many folks in the Fredericksburg and Northern Neck regions don’t know about Dos Passos is that he spent many of his younger years at a house at Sandy Neck in Westmoreland County.

Or that in the early 1940s, he purchased part of a large tract of land his father had originally acquired in 1885 there along the Potomac River, restoring a brick farmhouse on the historic estate known as Spence’s Point.

Though most of Dos Passos’s more influential and famous works had been written elsewhere, many of his later books and plays were penned at Spence’s Point in the 20-some years he spent there until his death in 1970.

The estate was declared a National Historic Landmark in 1971.

Fans of Dos Passos’s work and experiences turn up from time to time at the spot where the influential writer and figure is buried, not that far from Spence’s Point, in the cemetery of Yeocomico Episcopal Church in Westmoreland.

Steve Walker, a historian and member of the Yeocomico church, said that visitors from all over the country and world show up occasionally at the church’s cemetery yard, where Dos Passos and some other family members are buried.

“I’ve been over there at times and seen a couple out in the cemetery, looking around,” said Walker. “I’ve gone over to hear that they are looking for Mr. Dos Passos, who some knew as Mr. Jack, and have helped them locate the grave.”

Walker said he finds it interesting that people come from all over to see the site of the grave “because of his status in the Faulkner/Hemingway/Dos Passos group, yet so many local people have never heard of him.”

It’s true that the U.S.A. trilogy has lost some of its international fame since the 20th century. But his deep and eventually contentious friendship with Hemingway has recently been the subject of books and other works of art, helping to raise awareness of Dos Passos once again.

This writer had the privilege of meeting him, though sadly as a youngster who didn’t have enough knowledge or sense to listen up when he was telling stories about adventures with famous friends that included Hemingway, Faulkner and so many more.

To learn more or find your way at Yeocomico Church, go to findagrave.com/memorial/293/john-dos_passos.