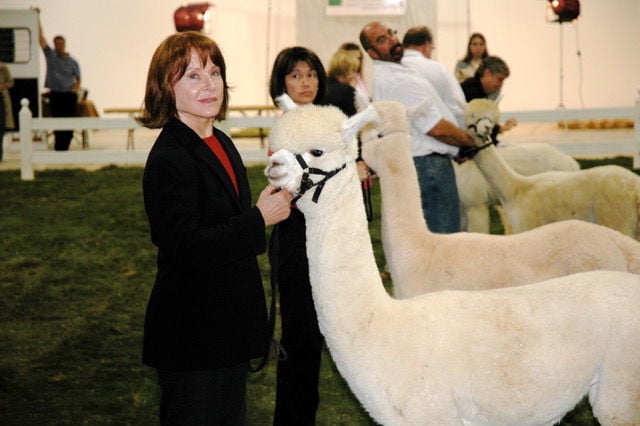 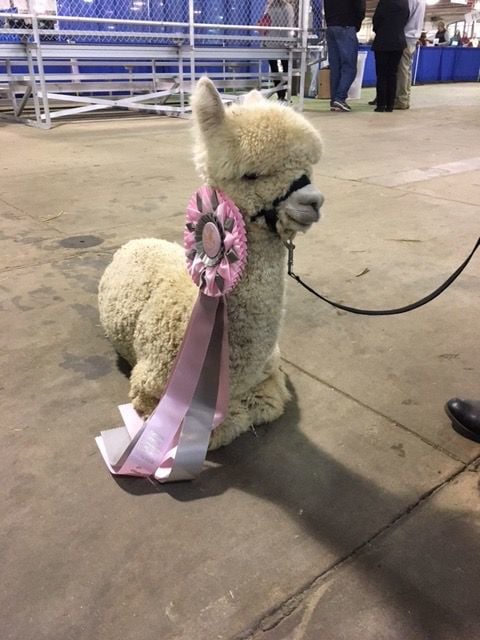 Suzu is awarded a ribbon during a past Alpaca Expo. 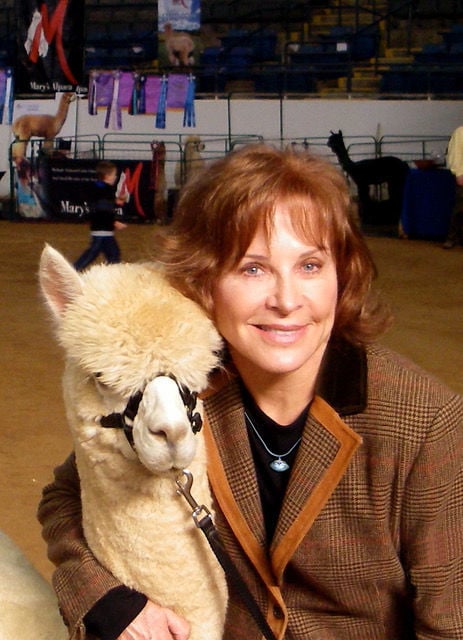 Suzu is awarded a ribbon during a past Alpaca Expo.

This weekend’s expo will showcase alpacas from across the U.S. There will be a fall derby and auction, as well as shows ranking alpacas’ fleeces and various performances. Alpacas and owners have the opportunity to be awarded ribbons during the competitions. There will even be a youth competition for those under 18 to showcase their alpacas.

The expo is free and open to the public. Visitors can view and interact with the alpacas and owners.

Mary Forte, president of the VAOBA, said the Fredericksburg Expo Center is set to be a perfect match for the alpaca show.

“I thought the Fredericksburg Expo Center was magnificent, to work with,” Forte said. “Fredericksburg is kind of a hub. We thought that this would be a great place for an ongoing, annual alpaca show for the association.”

Forte said the four-legged mammals, characterized by their soft fur, long necks and large eyes, are incredibly gentle, good with adults and children.

She said alpacas’ large eyes have been described by some as “like giant pools of liquid.”

Forte cited literature detailing that alpaca blood and antibodies are currently being used to potentially target tumors and health conditions.

“Alpacas are the greatest animals in the world,” Forte said.

Their fleece, Forte said, can be used to make socks, sweaters and other articles of clothing.

Though alpacas will be the main attraction for the weekend expo, there will be plenty of other activities and entertainment. Numerous vendors will be selling goods. Guitarist Joshua Dixon will perform songs during the expo.

Forte herself raises more than 100 alpacas in Northern Virginia in The Plains. Her patented fertilizer, made with alpaca poop, is a miracle worker for plants and flowers, she said.

The VAOBA, established in 2005, seeks to provide a network for those who raise alpacas as well as provide opportunities to educate the public about alpacas and the alpaca industry. To learn more, visit virginiaalpacabreeders.org.