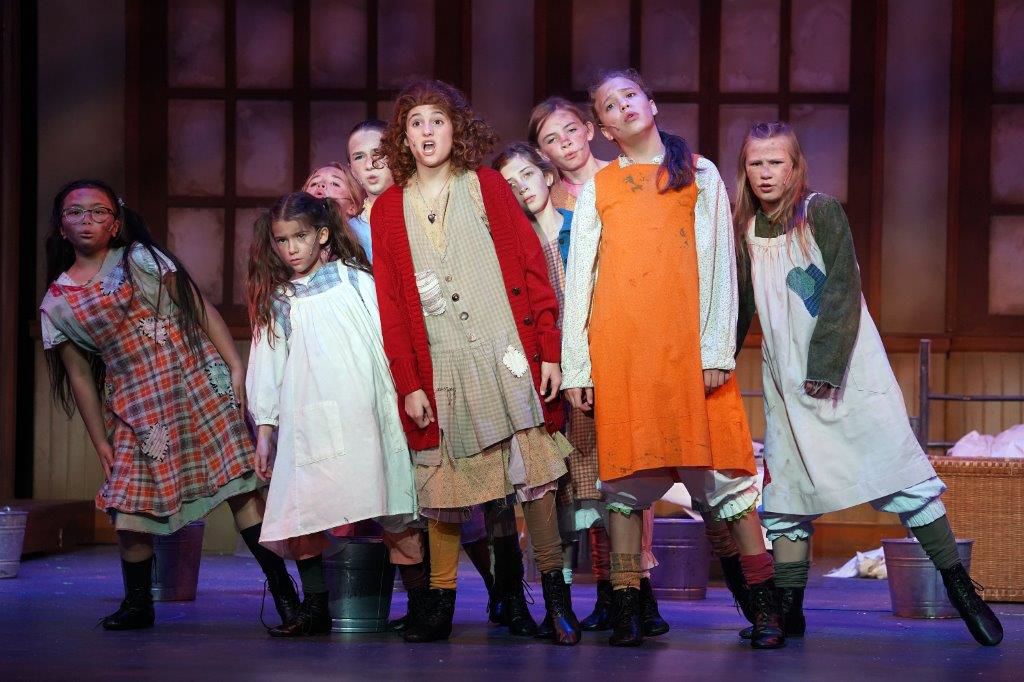 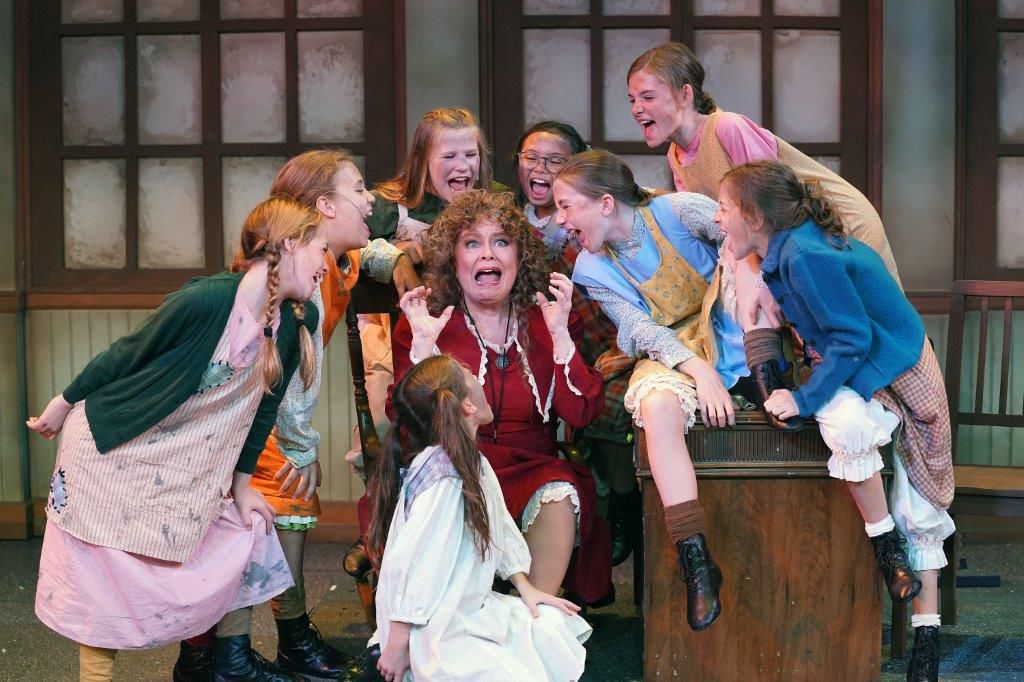 Sally Struthers stars as Miss Hannigan in the family musical ‘Annie,’ onstage at the Riverside Center for the Performing Arts. 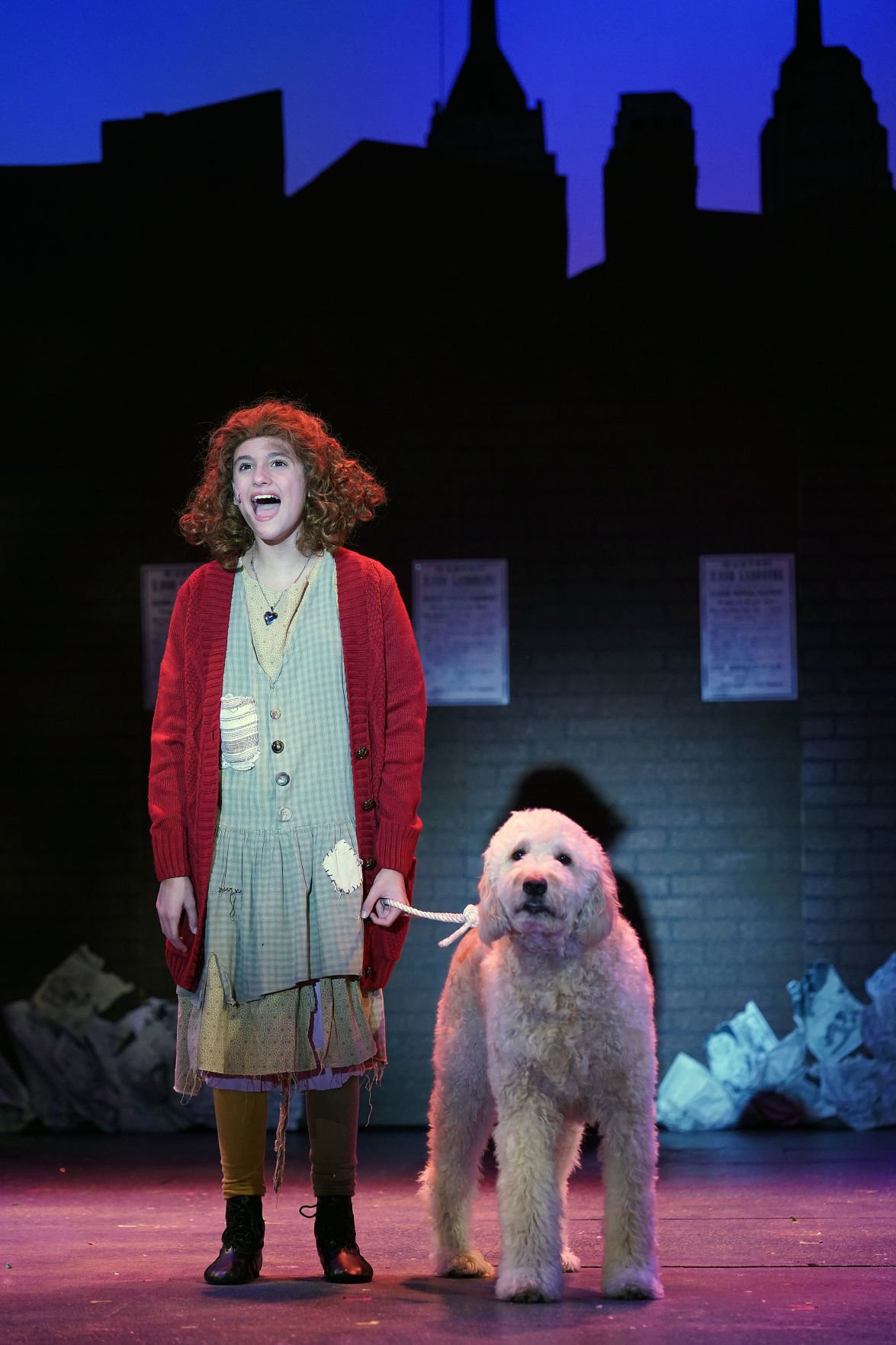 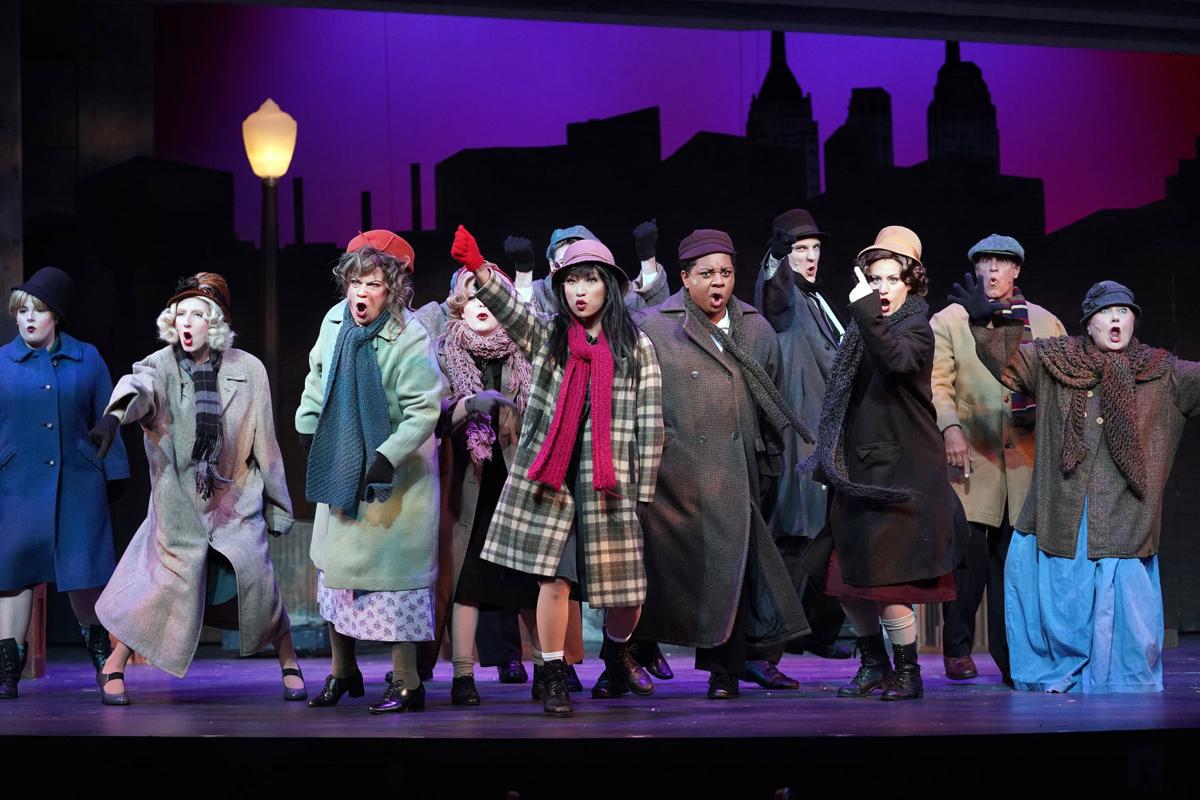 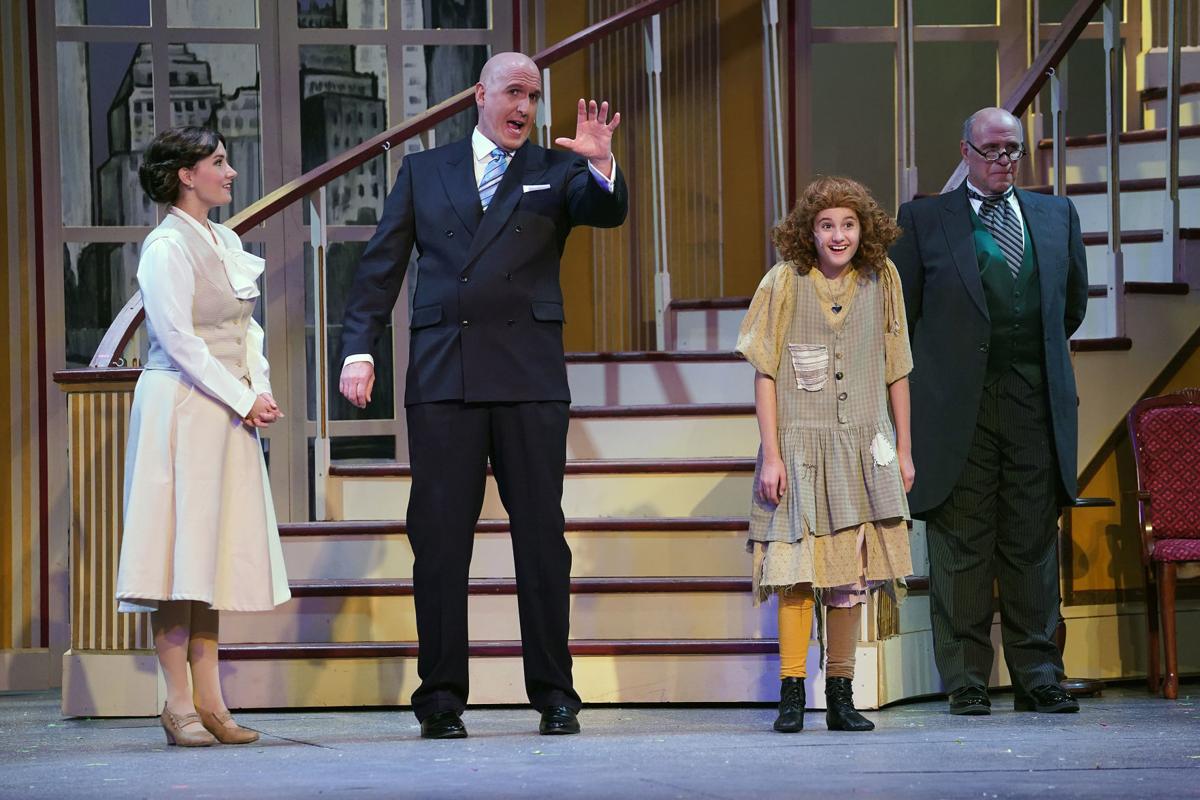 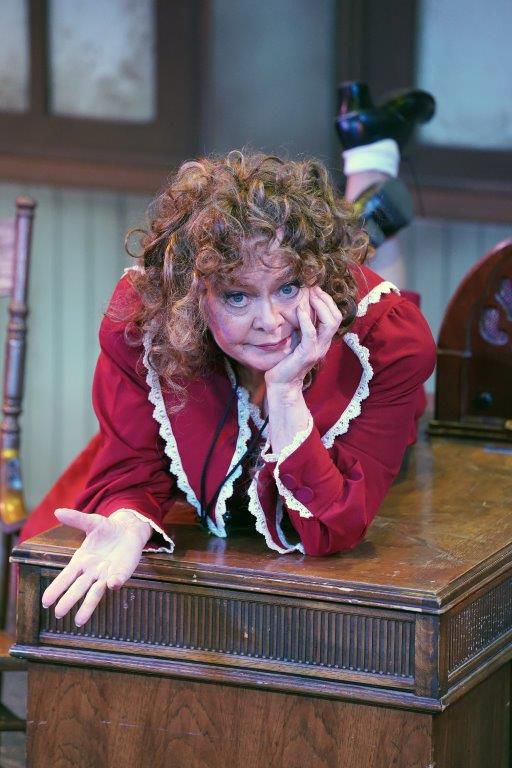 Sally Struthers is back at Riverside and this time as Miss Hannigan. The actress performed the role during musical's 20th anniversary Broadway revival and national tour. 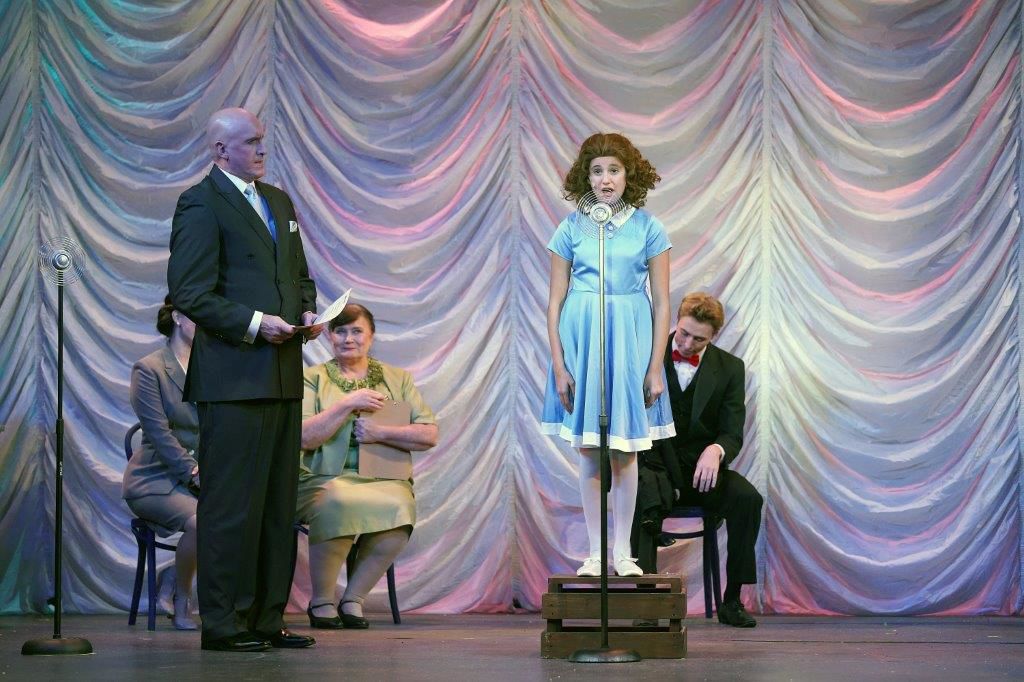 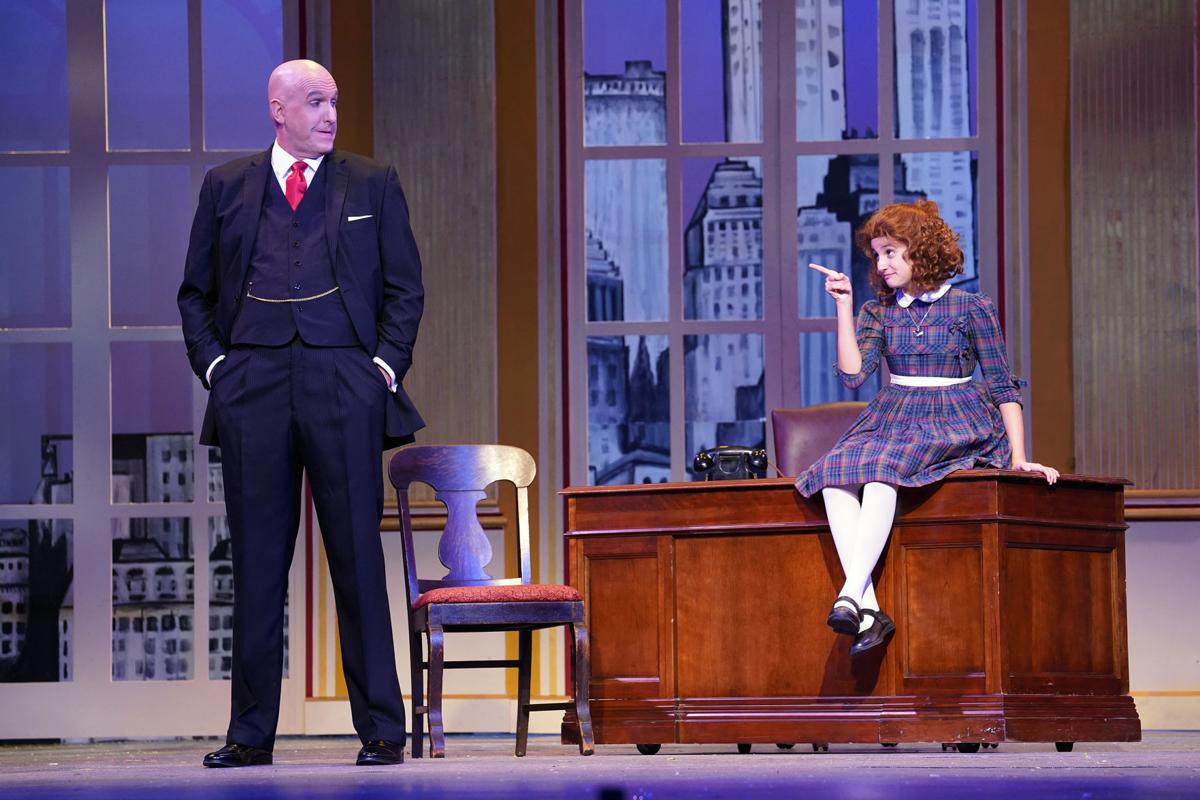 ‘Bald is beautiful’: Christopher Sanders shaves it off to play the iconic role of Daddy Warbucks. 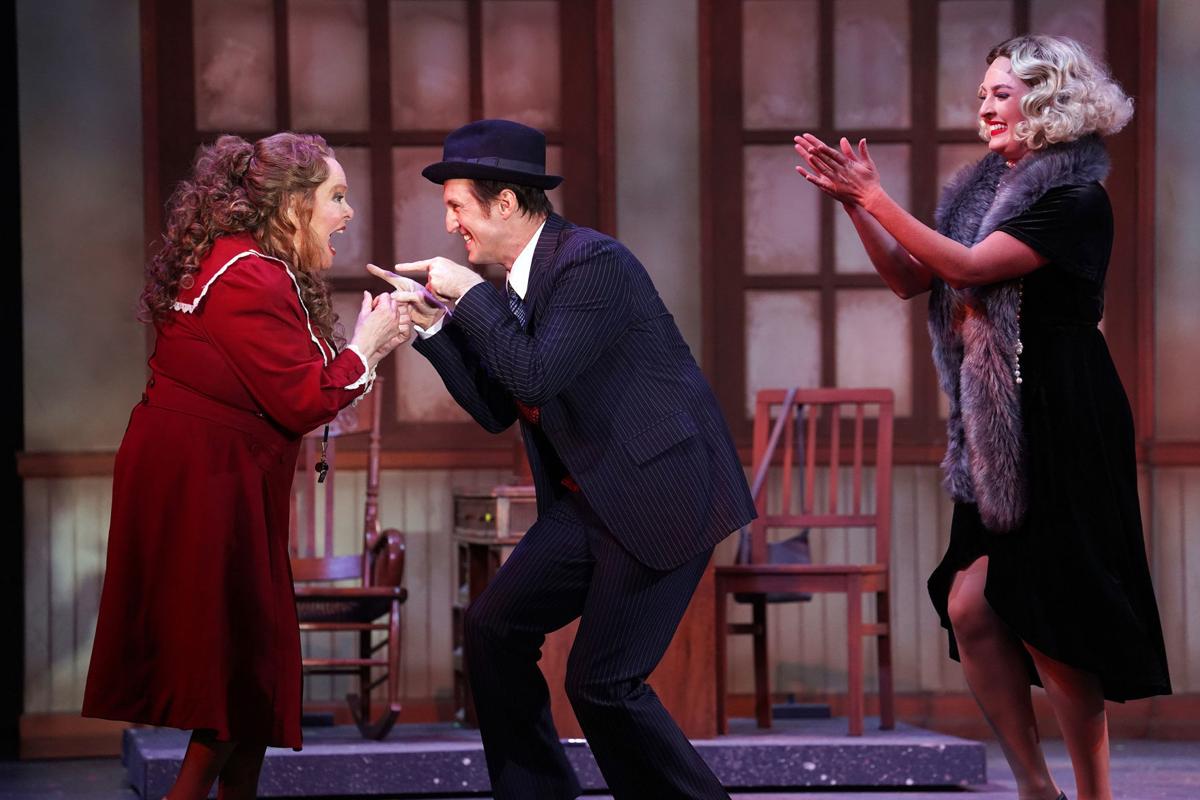 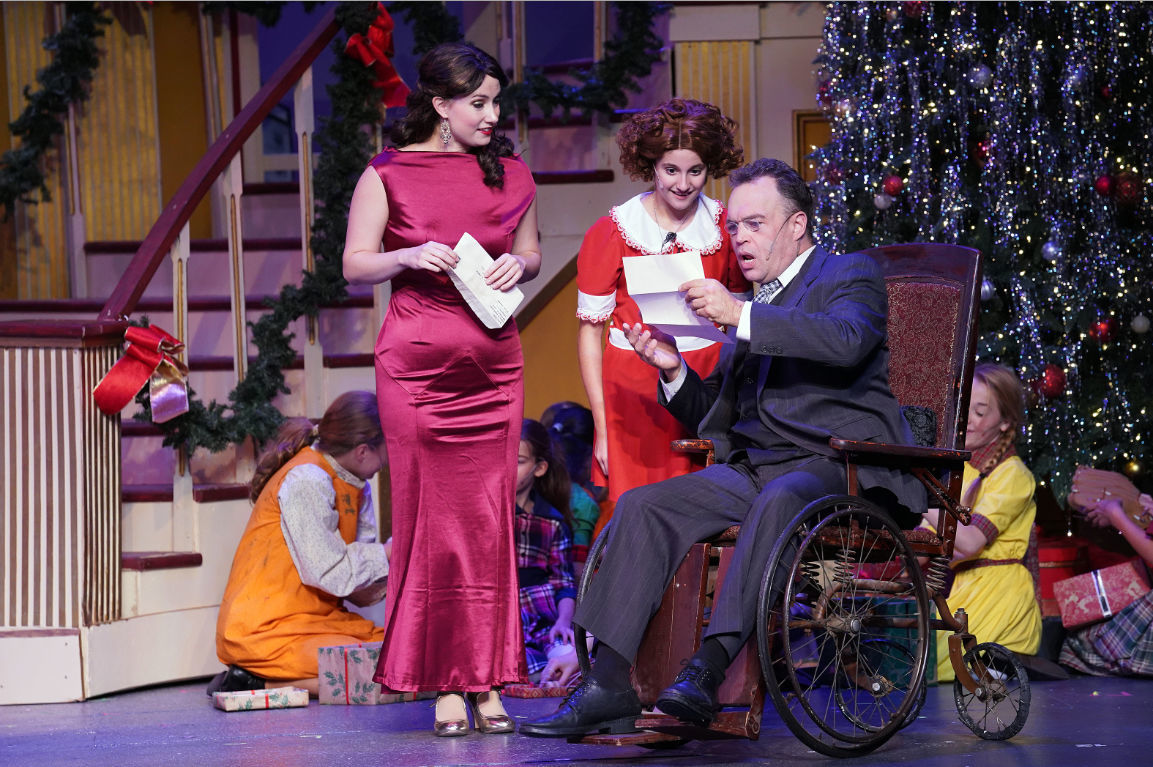 Alan Hoffman plays the role of FDR in ‘Annie,’ following his role as Luther Billis in Riverside’s ‘South Pacific.’ 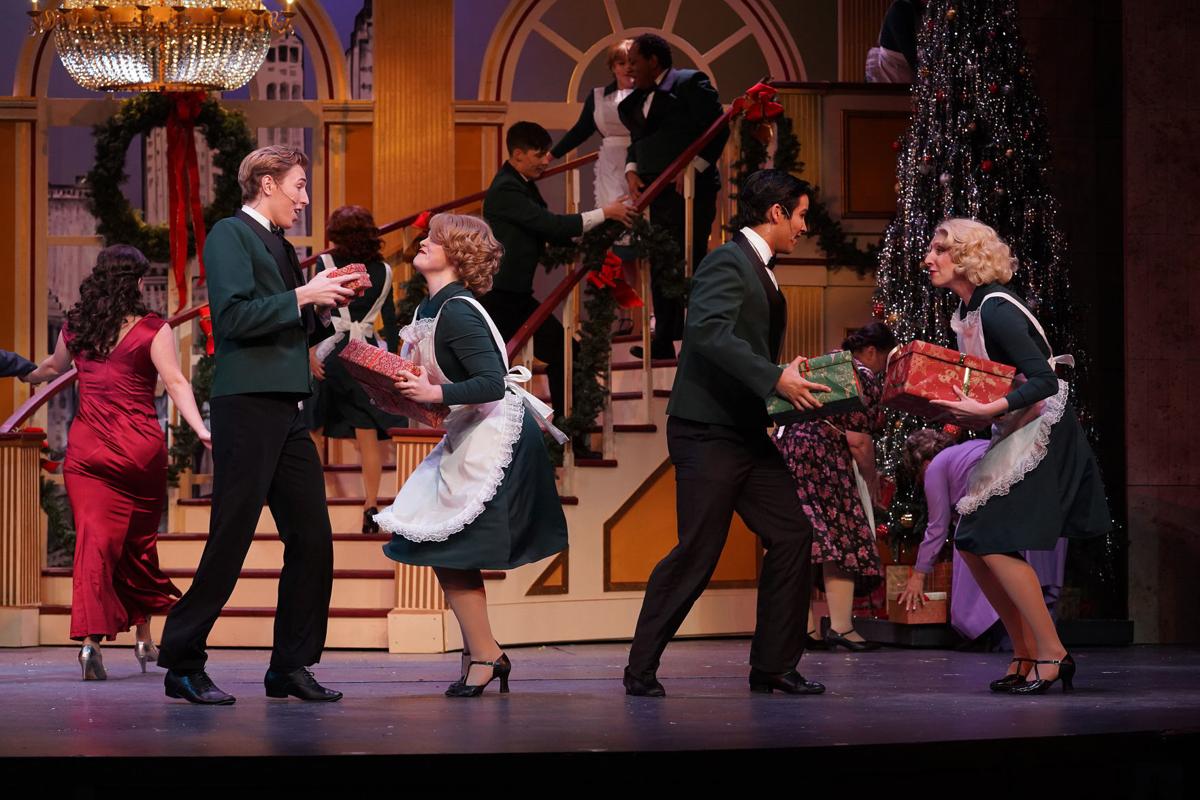 Sally Struthers stars as Miss Hannigan in the family musical ‘Annie,’ onstage at the Riverside Center for the Performing Arts.

Sally Struthers is back at Riverside and this time as Miss Hannigan. The actress performed the role during musical's 20th anniversary Broadway revival and national tour.

‘Bald is beautiful’: Christopher Sanders shaves it off to play the iconic role of Daddy Warbucks.

Alan Hoffman plays the role of FDR in ‘Annie,’ following his role as Luther Billis in Riverside’s ‘South Pacific.’

And now, “Annie” has landed at Riverside Center for the Performing Arts with some stars of its own. The musical opened at the Fredericksburg venue on Wednesday and runs through Nov. 17.

“There is a lot of heart to ‘Annie’... and we’re not portraying a cartoon onstage, but a real story,” said Riverside’s producing artistic director, Patrick A’Hearn. “The key to a show like ‘Annie’ is optimism. We’re always trying to bring something meaningful to our audience and, in this case, it’s the little bit of optimism that we could all use in today’s world.”

The local production will be directed by A’Hearn, marking his first directed piece since 2018’s “Beauty in the Beast” and “Rockabilly Christmas,” which he staged with Riverside regular Todd Meredith.

According to A’Hearn, the Riverside rendition adheres primarily to the original “Annie,” which debuted at New York City’s Alvin Theatre in 1977.

Based on the Harold Gray comic strip “Little Orphan Annie,” the plot follows a hopeful orphan determined to find her parents. Along her roller-coaster journey, she battles the generally wicked orphanage warden, Miss Hannigan, and gets adopted by the wildly wealthy Oliver “Daddy” Warbucks.

“There are certainly little twists and turns here and there,” said A’Hearn. “It’s just a good old-fashioned Broadway musical. It’s very well told and all there for the director. The book and music are so strong and beautifully integrated.”

Emmy Award-winning actress Sally Struthers leads the “Annie” cast starring as Miss Hannigan. Among her laundry list of career accomplishments, she played Gloria on “All in the Family” and was Babette in “Gilmore Girls.” In terms of her history with “Annie,” she was Miss Hannigan during the 20th anniversary Broadway revival and national tour of the show.

Riverside has become a second home for Struthers throughout the years. In 2018, she played Louise Seger in “Always ... Patsy Cline” and has also performed in “9 to 5: The Musical” and “The Full Monty,” among other credits.

“When we got rights a year ago, I called Sally and she said, ‘Let’s do it!’” added A’Hearn. “She’s just hilarious as Miss Hannigan. I saw her perform at The Fox Theatre in Atlanta and I don’t think I’ve laughed harder in my life.”

Starring as Annie and making her Riverside debut is 11-year-old Alexandria resident Kylee Geraci. Among her theater credits in the area, she’s performed at Ford’s Theatre, the Hippodrome Theatre and Olney Theatre Center.

“I just love all of the songs in the show,” said Geraci, who has been in “Annie” productions twice before. “Especially, when I’m singing ‘Tomorrow’ onstage, I see the audience and can feel that they’re happy. The entire cast here is great, too.”

Playing “Daddy” Warbucks is a growingly familiar Riverside face: Christopher Sanders. He absolutely killed it as George in “La Cage aux Folles” and has a deep voice like no other. For “Annie,” he had to make a sacrifice.

“Bald is beautiful,” he laughed, reflecting on shaving his head for the role. “And in terms of my character, it’s unlike anything I’ve done before. It’s such an iconic look and role. And, the show, it’s a lot deeper than people give it credit for.”

In total there are eight orphans in the show and a real-life dog portraying Sandy. Set-wise, count on a visual spectacle with a view of the New York City skyline in each scene. According to A’Hearn, there are six to seven total scenes, spanning underneath the 59th Street Bridge, inside “Daddy” Warbucks’ mansion and a culminating Christmas scene.

After experiencing “Annie” live, you can’t help but feel a little rosier about the world.

“You’ll want to be optimistic just like Annie,” said Geraci. “She always believed her parents would be there. She has a big heart and a good message. You want to live life like her.”