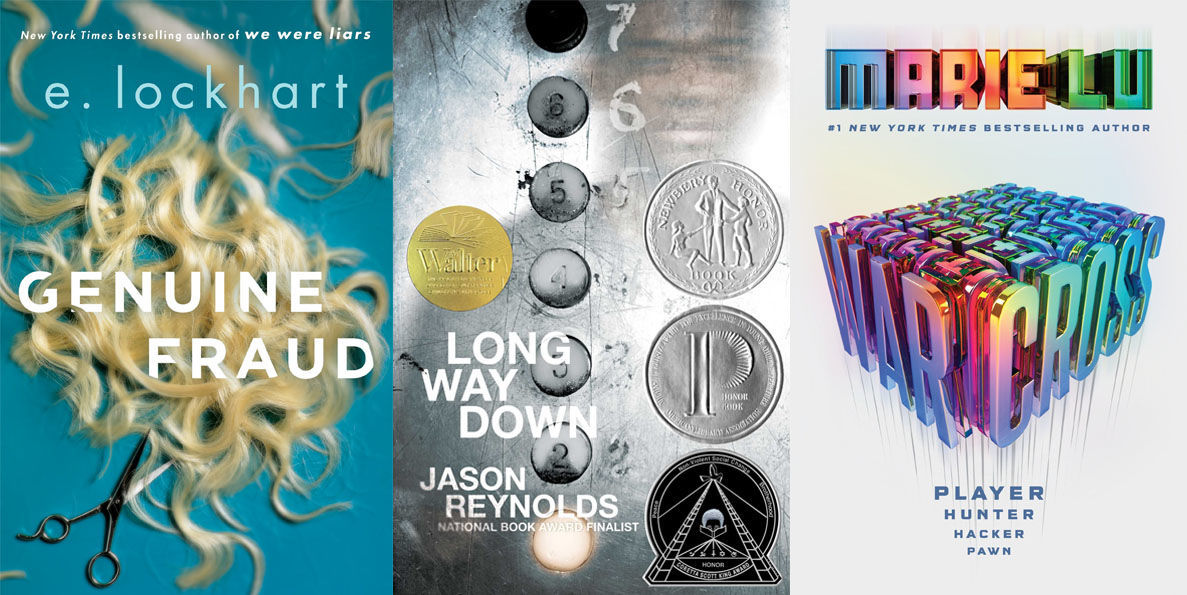 With weekly prize drawings and end-of-summer raffle prizes to look forward to, the program is a great way to set yourself some reading goals and have fun along the way. Summer reading’s greatest benefit for kids, of course, is in reducing “summer slide,” when kids who don’t read or aren’t exposed to enriching activities in the summer months can see their reading levels decline.

Reading every day in the summer helps kids stay sharp and maintain their reading level. Studies show that kids who do generally achieve higher test scores in the fall, compared with classmates who do not.

In case you don’t already have a stack of books in your TBR (to-be-read) pile, the library has put together some handy “Great Picks for Summer Reading” lists to get you inspired. The lists for kids and teens include beloved favorites as well as some exciting new titles, all available from the library’s digital collection on OverDrive or through the Libby app.

Popular series abound on the list for kids, including “Bad Kitty,” “The Brilliant World of Tom Gates,” “The Land of Stories,” “The Last Kids on Earth,” “Lunch Lady,” “Magic Tree House” and “Myth-o-Mania.” In addition, there are notable books by both new and bestselling authors.

“Charlie Hernández & The League of Shadows” by Ryan Calejo. Thanks to his grandmother’s stories, Charlie has an almost encyclopedic knowledge of the monsters and mythological creatures of his Latin American heritage. Charlie loves the stories, but when he begins to experience physical manifestations of the stories and finds himself part of the mythical world, he realizes they’re not just stories. Suddenly on a quest to rescue his parents, he also has to figure out a way to save the world from a battle between the Land of the Living and the Land of the Dead.

“Raymie Nightingale” by Kate DiCamillo. Hoping to get the attention of her father so he’ll return home, 10-year-old Raymie decides to enter the Little Miss Central Florida Tire competition. At a baton- twirling lesson to prepare for the contest, Raymie meets two other girls who are also dealing with life hardships. The girls have some adventures and along the way help each other realize that even when life is hard, there are moments that can give you hope, especially when you have friends to share them with.

“Snow & Rose” by Emily Winfield Martin. In this retelling of the fairy tale “Snow White and Rose Red,” two sisters have only themselves to rely on after their father disappears and their mother descends into grief. Snow and Rose set out into the enchanted forest to find their father, and encounter engaging (and sometimes sinister) characters along the way.

The library has two great book lists for teens on the website (librarypoint.org) right now: “Great Picks for Summer Reading for Teens” and “Café Book Top Picks 2014–2019.” These lists provide a mix of popular reads for teens, from horror to historical fiction to fantasy to real-life drama.

“Genuine Fraud” by E. Lockhart. After her best friend’s death, Jule escapes questions about Imogen by running away, determined to hide her past and reinvent herself. Part murder mystery, part psychological thriller, “Genuine Fraud” is a page-turner for teens and adults alike.

“Long Way Down” by Jason Reynolds. When Will’s older brother (and hero) is shot dead, he resolves to seek revenge. He goes into his brother’s hiding spot and grabs the gun he was sure would be there. As Will rides the apartment’s elevator down to go after his brother’s killer, he is shocked when the elevator stops and his brother’s friend, Buck, gets on. This shouldn’t be a problem, since Will has known Buck his whole life. But it is a problem, since Buck is dead. As Will progresses down in the elevator, more ghosts from Will’s past get on, all of them victims of gun violence, all of them dead before their time. These ghosts talk with Will about where he’s headed, causing him to question his plan for revenge.

“Warcross” by Marie Lu. Emika is barely scraping by as a bounty hunter. When she gets desperate and needs money fast, she hacks into the international Warcross Championships. Warcross isn’t just a video game, it is an obsession, a part of life. When she gets caught, she figures the authorities will be after her, but instead, the creator of Warcross hires her to be a spy in the game to catch a hacker who is trying to sabotage the whole international Warcross gaming network.