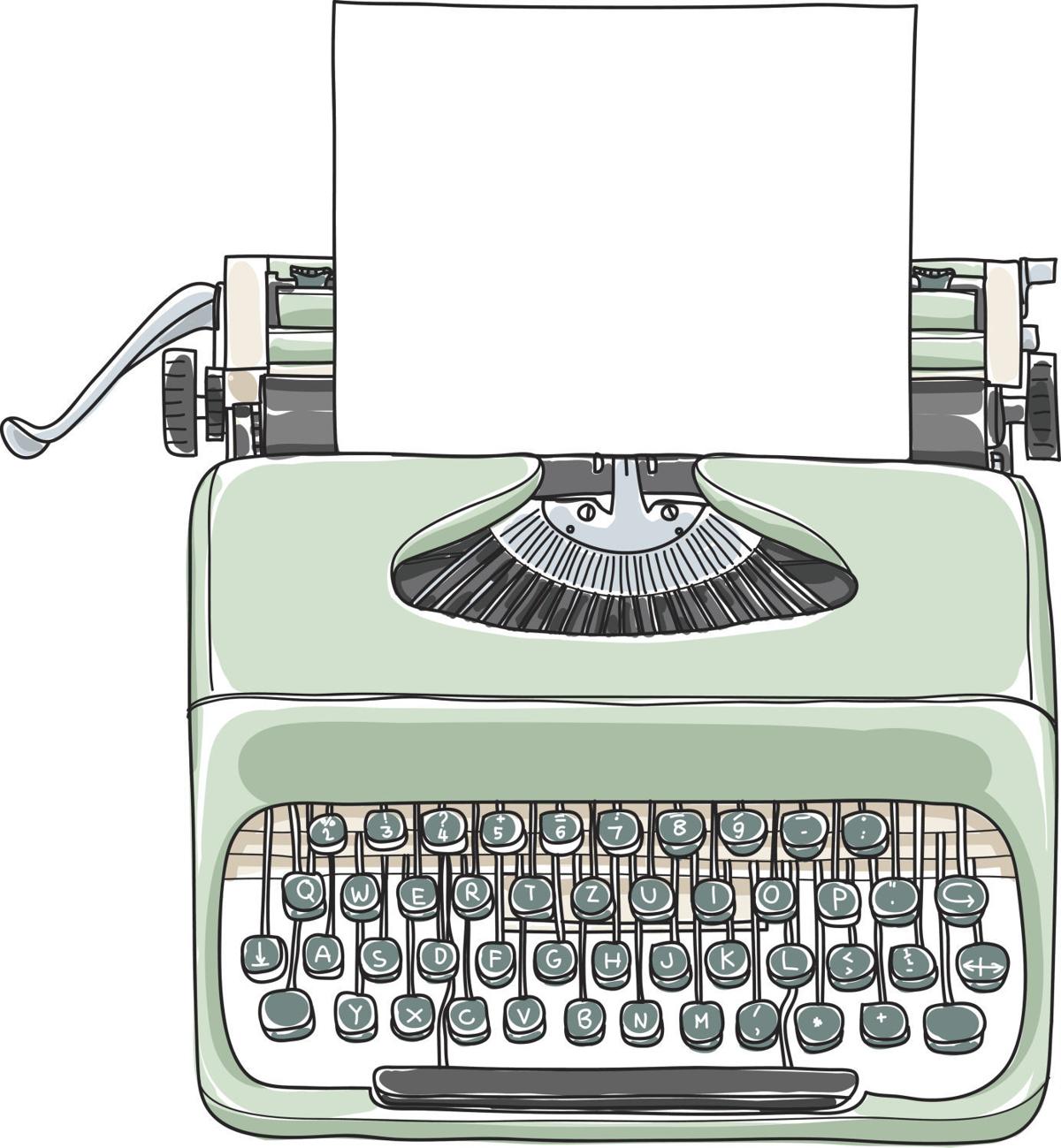 NaNoWriMo, or National Novel Writing Month, started in 1999 with 21 participants in the San Francisco Bay area. 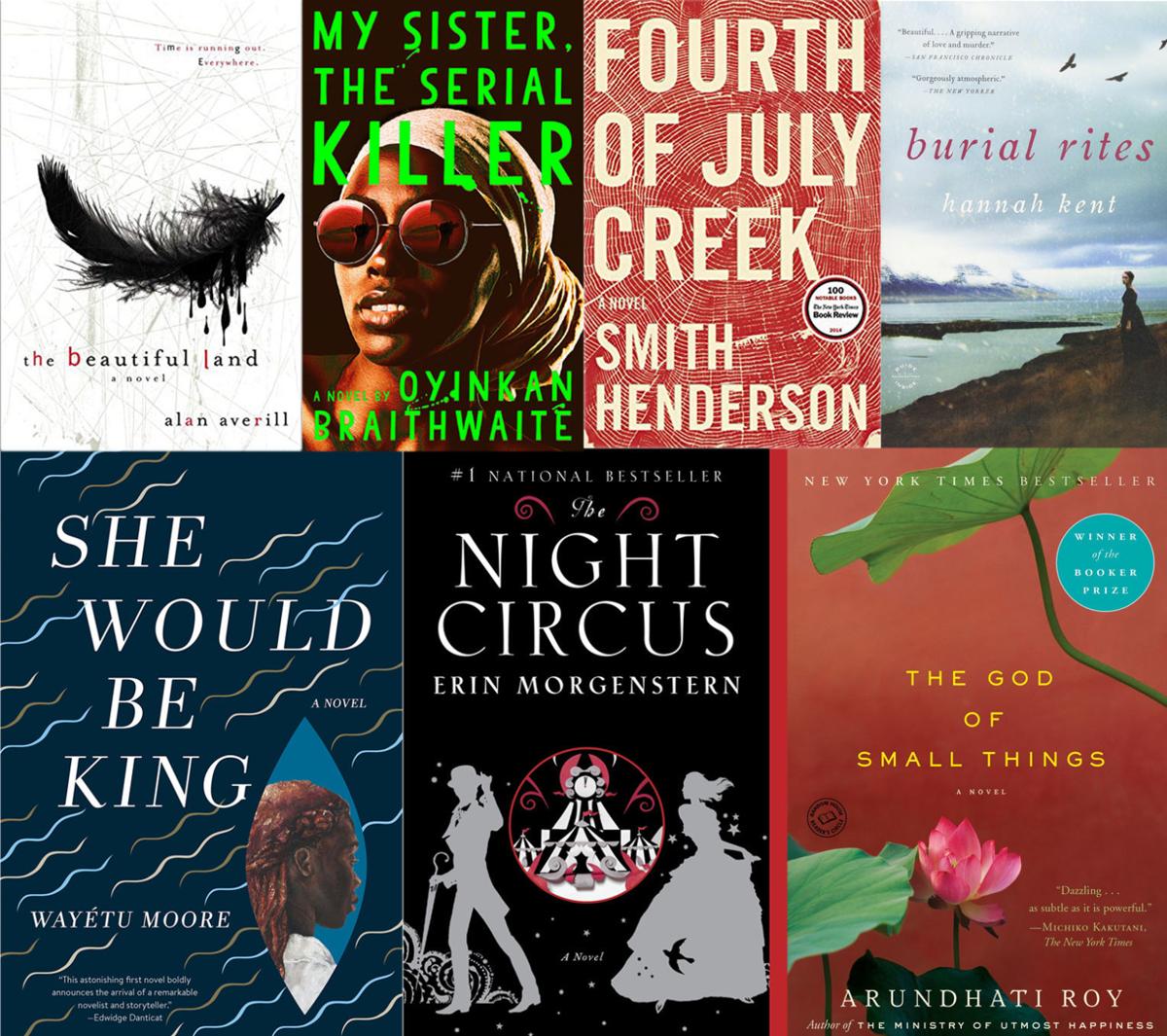 NaNoWriMo, or National Novel Writing Month, started in 1999 with 21 participants in the San Francisco Bay area.

All through November, you can hear keys clacking in harmony as writers worldwide hunker down to complete the challenge of writing 50,000 words, or about 1,667 words per day, of a new novel in one month.

NaNoWriMo, or National Novel Writing Month, started in 1999 with 21 participants in the San Francisco Bay area. During November, writers gather in coffee shops, libraries and the like to support one another and provide a communal space to write. In its 20-year anniversary, NaNoWriMo is now a nonprofit that provides support and tools to writers of all ages year-round.

Quite a few well-known début novels have gotten their start during NaNoWriMo, including “Water for Elephants” by Sara Gruen and the Cinderella-as-cyborg hit “Cinder” by Marissa Meyer. Whether you’re an aspiring writer or prefer to sit back and enjoy the fruits of others’ labors, these début novels provide inspiration and entertainment:

“The Beautiful Land” by Alan Averill. Winner of the 2012 Amazon Best Novel contest, Averill combines science fiction and techno-horror with literary skill worthy of a seasoned writer in this début started during NaNoWriMo. Computer prodigy Takahiro O’Leary works for the secretive Axon Corp. exploring parallel timelines when he discovers the real reason for the company’s existence. Axon wants to discover one particular timeline, called The Beautiful Land, and use it to overwrite the history of the world. O’Leary must use his skills to defeat the corporation and prevent an apocalypse.

“My Sister, the Serial Killer” by Oyinkan Braithwaite. Korede’s sister, Ayoola, has a very inconvenient habit of killing off her boyfriends. And somehow the pragmatic Korede ends up helping her flighty sister get away with murder with her large trunk and stain removal know-how. It’s a thankless job, and the one bright spot in Korede’s life is the kind, handsome doctor at the hospital where she works. Until, that is, Ayoola shows up at the hospital and the doctor asks for her phone number. Witty and deadpan, Braithwaite’s début will entertain with a dose of dark humor.

“Fourth of July Creek” by Smith Henderson. In the remote Montana wilderness, social worker Pete Snow encounters Benjamin Pearl, an underfed, nearly feral boy. In trying to help, Pete comes face to face with the boy’s father, Jeremiah, a paranoid survivalist itching for a conflict that will signal the coming End Times. Pete establishes a measure of trust, but then Jeremiah’s activities attract the interest of the FBI, putting Peter at the center of a massive manhunt. This gritty début was impossible to put down.

“Burial Rites” by Hannah Kent. The author brings to life the stark landscape of an Iceland winter in this meticulously researched début novel. In 1829, the last public execution in Iceland took place when a man and woman were beheaded for committing murder. You can, in fact, still see the specially commissioned ax in the National Museum in Reykjavík. With no prisons in Iceland, the condemned woman, Agnes, was held for the winter at a farm, guarded by the farmer’s wife and daughters. As Agnes’ death looms, the family and local priest learn there is another side to the story.

“She Would be King” by Wayétu Moore. Of the many books devoted to connecting Africans of the diaspora, Moore’s début does so by deftly weaving physical, spiritual and mystical elements. The novel re-imagines the formation of Liberia through three characters: June Dey, a runaway from Virginia; Norman, a freedman from Jamaica; and Gbessa, a woman from the native Vai tribe, deemed a witch by her village. Mother Africa brings the trio together to save Liberia, which still draws European enslavers despite the illegalization of the trans-Atlantic slave trade.

“The Night Circus” by Erin Morgenstern. Another début that began as a NaNoWriMo writing exercise, though it took six years of polishing to turn it into an award-winning fantasy bestseller. Five-year-old Celia struggles to control her instinctive mental powers while being raised by her father, known as Prospero the Entertainer in the Le Cirque des Reves, a circus that only opens at night. This is her story, as well as that of Marco, the magician’s son with whom Celia is destined to duel.

“The God of Small Things” by Arundhati Roy. Both a New York Times bestseller and Man Booker Prize winner, Roy’s début is compared to the works of Faulkner and Dickens. Family saga, forbidden love and intense political drama are woven into the story of a wealthy Indian family changed by one fateful day in 1969.

The Fredericksburg area is home to a robust writing community, and our third annual Rappahannock Writers Conference attracted over 200 regional writers who learned from authors such as Traci Hunter Abramson and Candice Ransom. Our libraries regularly engage local writers, from holding Riverside Writers and Inklings writers’ groups to hosting NaNoWriMo Come Write In events. Visit librarypoint.org/writers for more information.