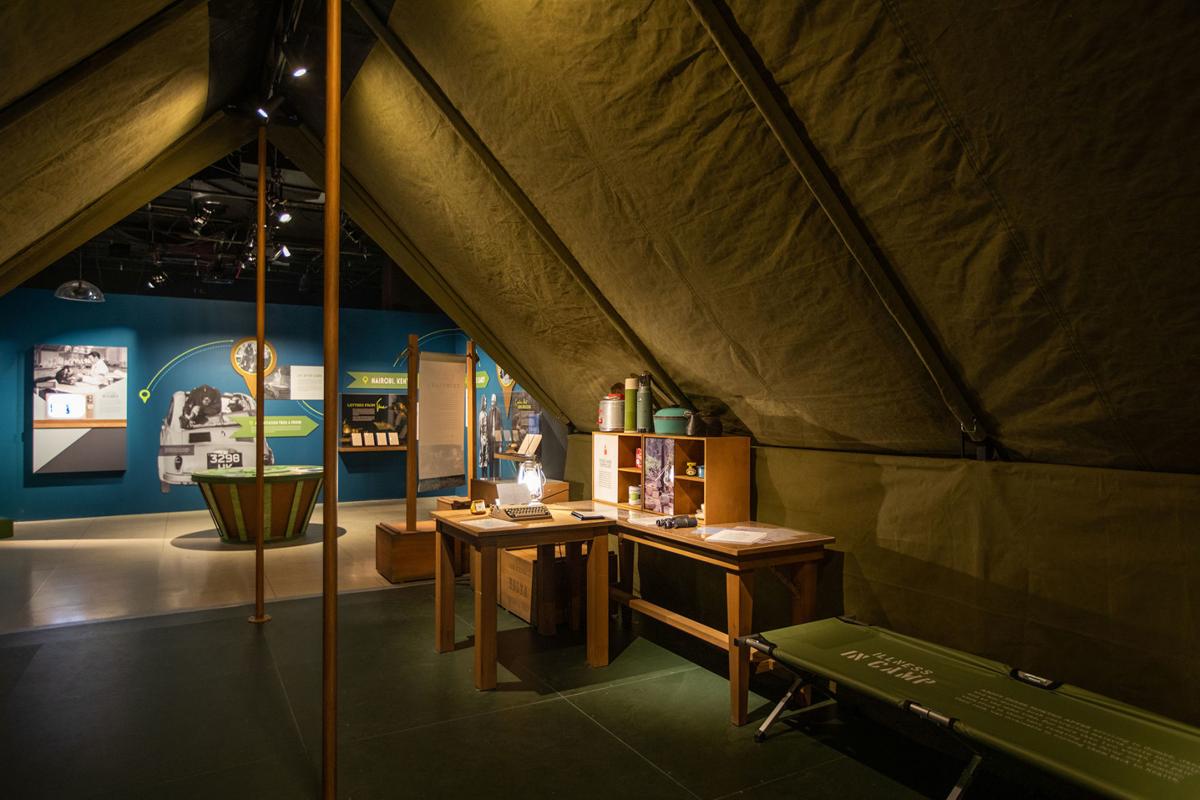 A facsimile of Jane Goodall’s research tent is included in the exhibition “Becoming Jane” exhibition at the National Geographic Museum in Washington, D.C. 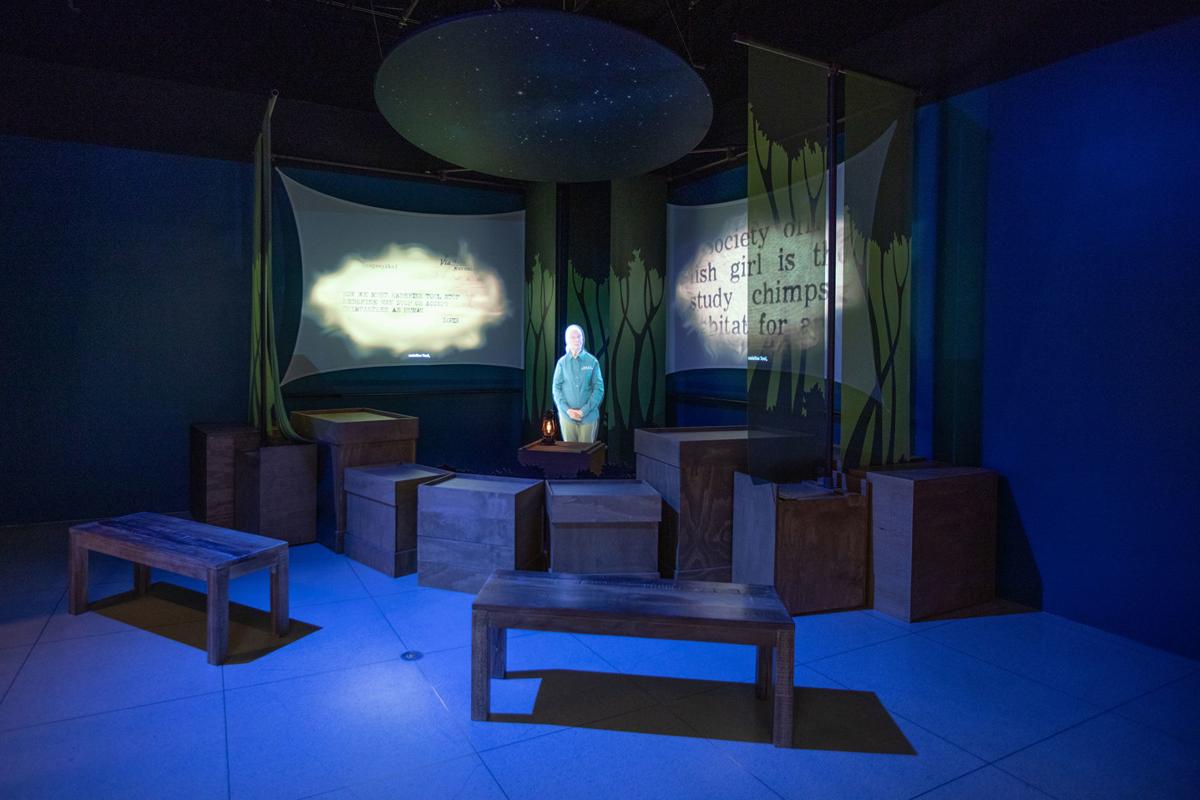 Jane Goodall herself appears in hologram form in the exhibit, ‘Becoming Jane,’ at the National Geographic Museum. 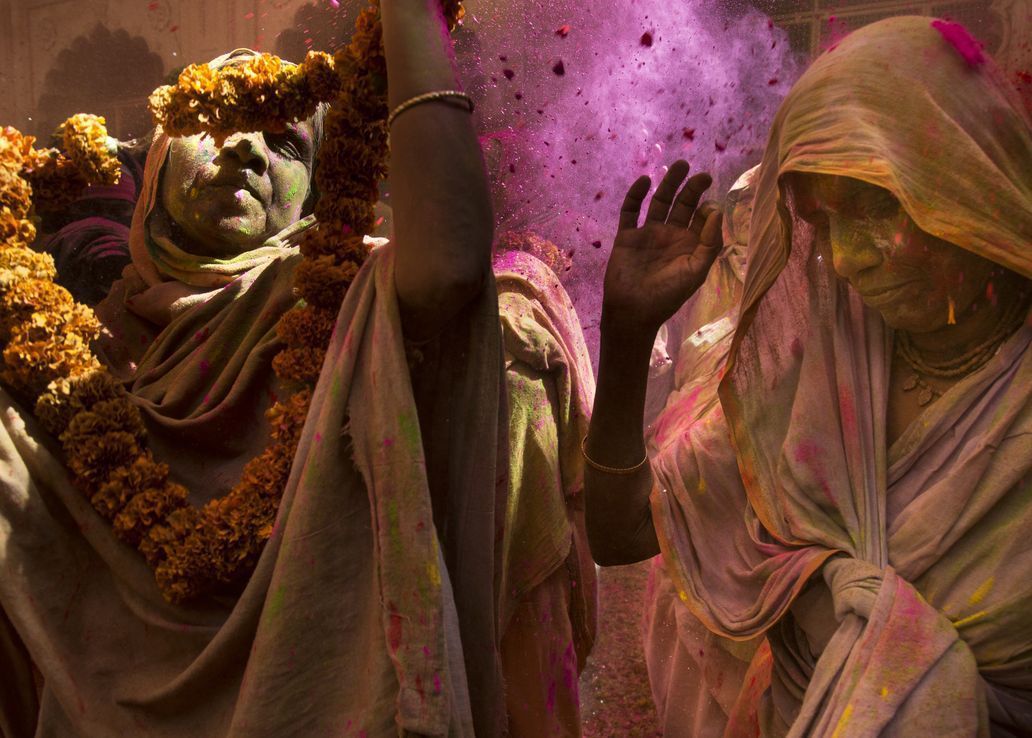 This image depicting women participating in the Holi ceremony is featured in ‘ Women: A Century of Change.’

A facsimile of Jane Goodall’s research tent is included in the exhibition “Becoming Jane” exhibition at the National Geographic Museum in Washington, D.C.

Jane Goodall herself appears in hologram form in the exhibit, ‘Becoming Jane,’ at the National Geographic Museum.

This image depicting women participating in the Holi ceremony is featured in ‘ Women: A Century of Change.’

As the 100th anniversary of the 19th amendment to the United States constitution approaches in August 2020, many museums this year will celebrate this historic event with exhibits focused on women. National Geographic does this how it does best—through photography.

We do not know the names of the women in the 100 photographs from 30 countries in “Women: A Century of Change.” We do know that the shared experiences of joy, beauty, love, wisdom, strength and hope depicted are universal.

The oldest photograph is Eliza R. Skidmore’s 1918 image of Japanese women surrounded by cherry blossoms in a joyful traditional celebration. Skidmore, who pushed for colored photos for the magazine, is believed to be National Geographic’s first woman photographer.

Miss Trinidad adjusting her headdress in Jodi Cobb’s photo of the 1998 Miss Universe contest is an example of beauty, but truly all the women in the exhibit are beautiful. Love, both maternal and romantic, is evident throughout the exhibit. Most memorable is Matthieu Paley’s photograph of a recently married Afghani girl embracing her younger sister, which embodies shared sibling love.

Wisdom, which is expressed in both traditional customs and modern practices, is well summed up in a classroom where African women, dressed in tribal wear, are there to learn computer technology.

Strength is beautifully presented in one photo by Ami Vitale of tea pickers at long hard labor in the fields of Sri Lanka. In my memory, I could hear them singing from when I had seen this in person.

One connection throughout is the relationship of humans with animals. Village women bathing in a river are joyful while playfully holding colorful tortoises. A Texas woman in her swimming pool hugs her capybara with love. An undersea diver exploring a tube sponge is wise. A woman, her arm folded around a sleeping orphaned baby rhino, is hopeful.

Throughout the exhibit are inserts that highlight women who contribute to science through exploration. Adjany Costa, an ichthyologist in Angola, is one of these “Women of Impact.” Behind-the-scenes anecdotes by the women photographers on their experiences are presented in “Through the Lens.” In an overhead view of Aliy Zirkle, winner of the Iditarod, with her dog team, it is not possible to tell if the musher is a man or a woman. Photographer Katie Orlinsky comments on her experience with the mushers, “It doesn’t matter what gender you are in order to be extraordinary.”

Jane Goodall is one of the iconic women in “Portraits of Power.” Her extraordinary life and work is further explored in a separate exhibit, “Becoming Jane.” In this transportive multimedia experience, there is a 3D exploration of the site of her famous behavioral research on chimps in Tanzania’s Gombe Stream National Park, a life-size hologram of Goodall and a replica of her research tent.

While each of these themed exhibits has a different focus, together they are a celebration of all women—both unnamed and famous—who give expression to the best possible in the world.Sheila Wickouski, a former Fredericksburg resident, is a freelance reviewer for The Free Lance–Star.