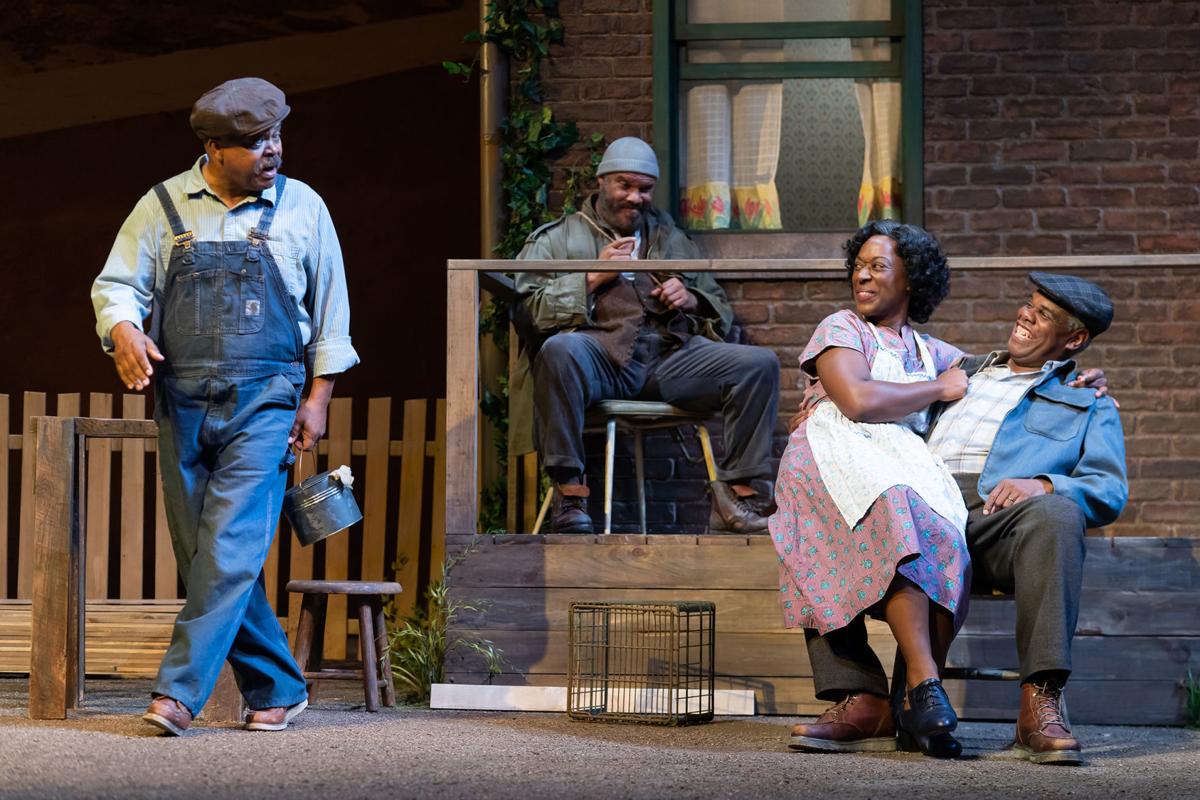 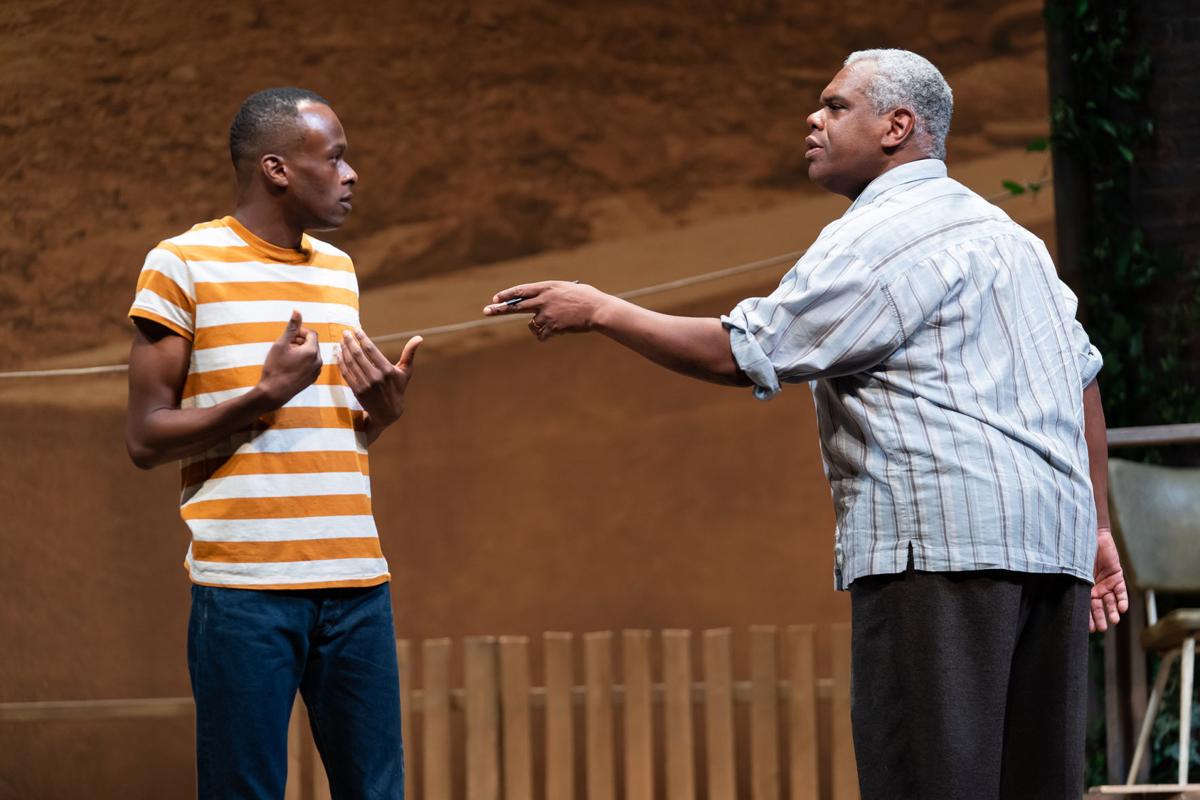 An old baseball bat leans against a half-finished fence, with a ball hanging down from a tree branch. It’s not only a reminder of Troy Maxson’s glory days as a former Negro League baseball player, but it also plays a major role in one of the most heart-piercing moments in August Wilson’s “Fences.”

Wilson’s deeply moving and thought-provoking piece, onstage at Ford’s Theatre, is one of 10 plays in his Century Cycle (or Pittsburgh Cycle); another one of his works, “Jitney,” is also playing at the nearby Arena Stage. His epic collection of stories explores the African American experience through the 20th century, one for every decade, and primarily set in the Hill District where Wilson grew up.

Set in 1957, “Fences” sits right in the middle of the Century Cycle, which begins with “Gem of the Ocean” and ends with “Radio Golf.” This generational play follows the hopes and struggles of the Maxson family, as obstacles both inside and outside of that fence threaten their quiet life in a racist society.

“Fences” revolves around the patriarch, Troy, a former baseball player-turned-garbage collector after a 15-year stint in prison. He longs to be a driver and not just a lifter, and doesn’t let the little fact that he doesn’t have a driver’s license stop him. He appears to be on a straight path, thanks to his kind and devoted wife, Rose. However, his past experiences—from living with an abusive father to thwarted major league baseball dreams—prevent him from really seeing his sons’ passions and supporting them fully. Lyons, his 34-year-old son from a previous marriage, loves jazz and his youngest, Cory, wants to play football and has even caught the eyes of a college recruiter. This doesn’t sit well with Troy. And one thing about Troy: He always has something to say about everything. He would rather have the teen pick up a trade (something nobody can take away from him) and continue working after school at the local A&P grocery store.

Director Timothy Douglas is quite familiar with the Pulitzer Prize-winning playwright’s works, having directed nine of his 10 Century Cycle plays. Ford’s production of this classic piece—which saw a big return with Denzel Washington and Viola Davis reprising their Broadway roles for a screen adaptation—is both powerful and passionate, pulling in knock-out performances from the entire cast.

Craig Wallace, a veteran of the D.C. theater scene and staple at Ford’s, commands the stage in a heavy-hitting performance as he tackles another complex father figure. Just two years ago, he took on the iconic role of Willy Loman in Arthur Miller’s “Death of a Salesman.” Interestingly enough, both plays dealt with sons playing high school football and with a father’s infidelity.

Anika Rose is sublime as Rose, Troy’s loving and dutiful wife, but is absolutely devastating when Troy’s secret is revealed. The woman, who has showed such great care for her family including the mentally disabled Uncle Gabe, and stood quiet and kept her distance, now has her moment to unleash all her thoughts and emotions to a man she has given up her life to be with.

Jefferson A. Russell also gives a standout performance as Uncle Gabe, Troy’s younger brother who suffered a head injury in World War II, and now carries a trumpet (he thinks he’s an angel) and speaks of hell hounds. He figures prominently in the show’s heartbreaking final scenes.

KenYatta Rogers and Justin Weaks are solid as Troy’s two sons, the easygoing Lyons and the headstrong Cory, who attempt to pursue their own passions—a life much different than their father’s, but glimpses of Troy can still be seen in them. Weaks gets the meatier role of the two, as Cory stands up to his father, who has been a roadblock to his happiness, in a heated moment.

And Doug Brown is a delightful presence here, as Troy’s friend and fellow coworker Jim Bono, bringing much levity to the story with their “man talk” conversations in the yard.

For an incredibly emotional play about family and duty, there’s also a surprising amount of laughter in Wilson’s work. Make no mistake, though, you will need tissues, so keep them handy.