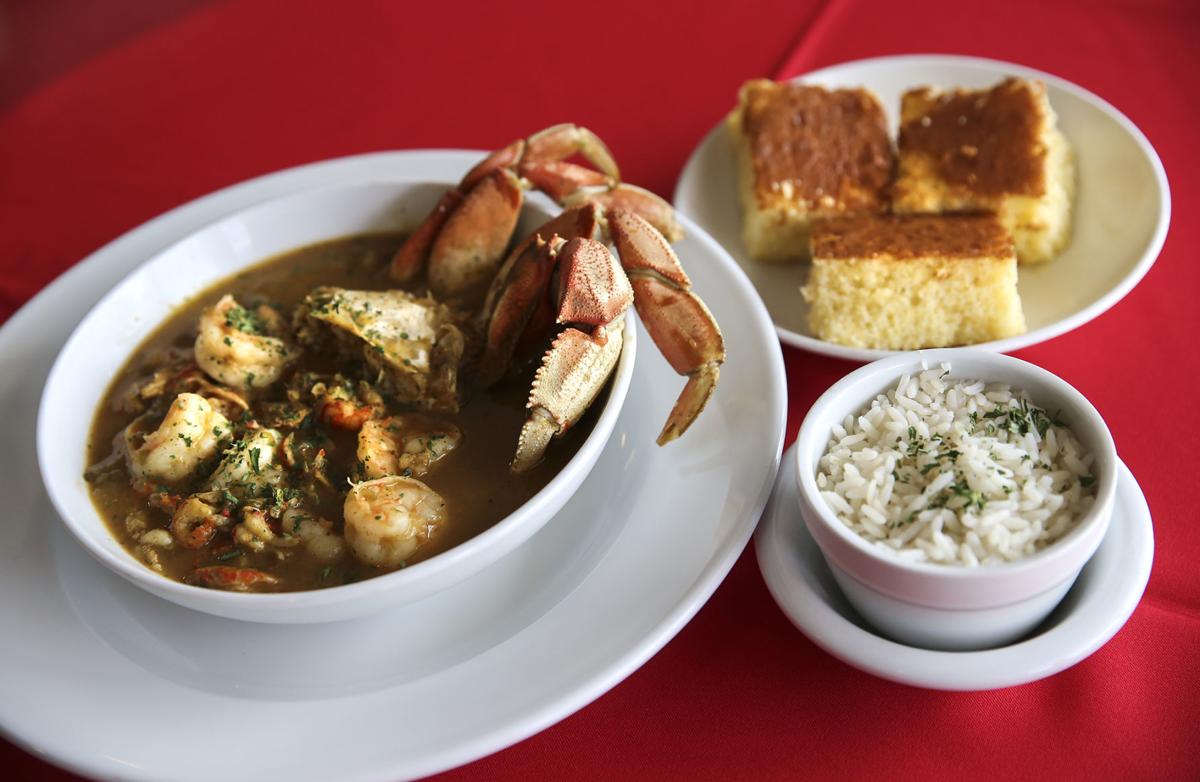 Get a taste of Bourbon Street at Orleans Bistro and Grill. The large menu features dishes such as The Orleans Seafood Gumbo (above), Cast Iron Fried Catfish with Crawfish Etouffee, shrimp and grits, and po’boys. 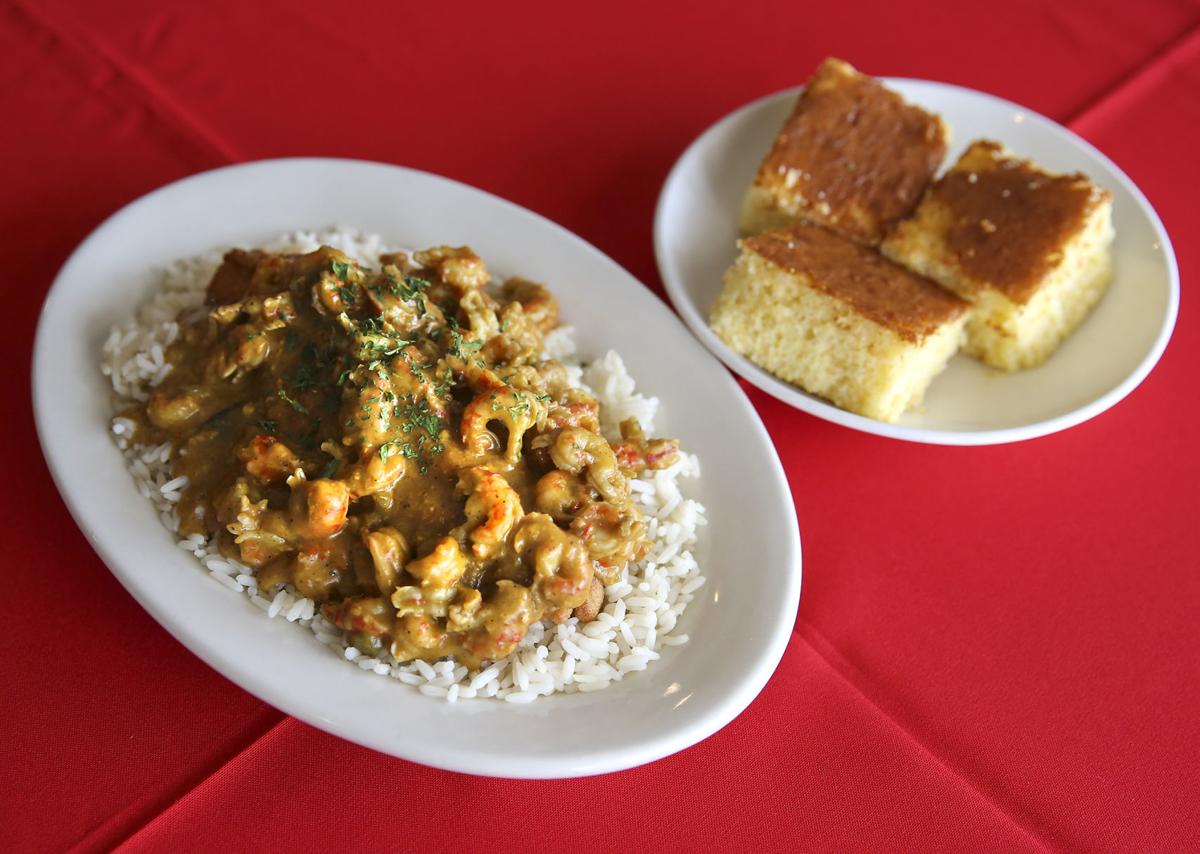 The Cast Iron Fried Catfish with crawfish Etouffee at Orleans Bistro and Grill on Southpoint Plaza Way in Spotsylvania County. 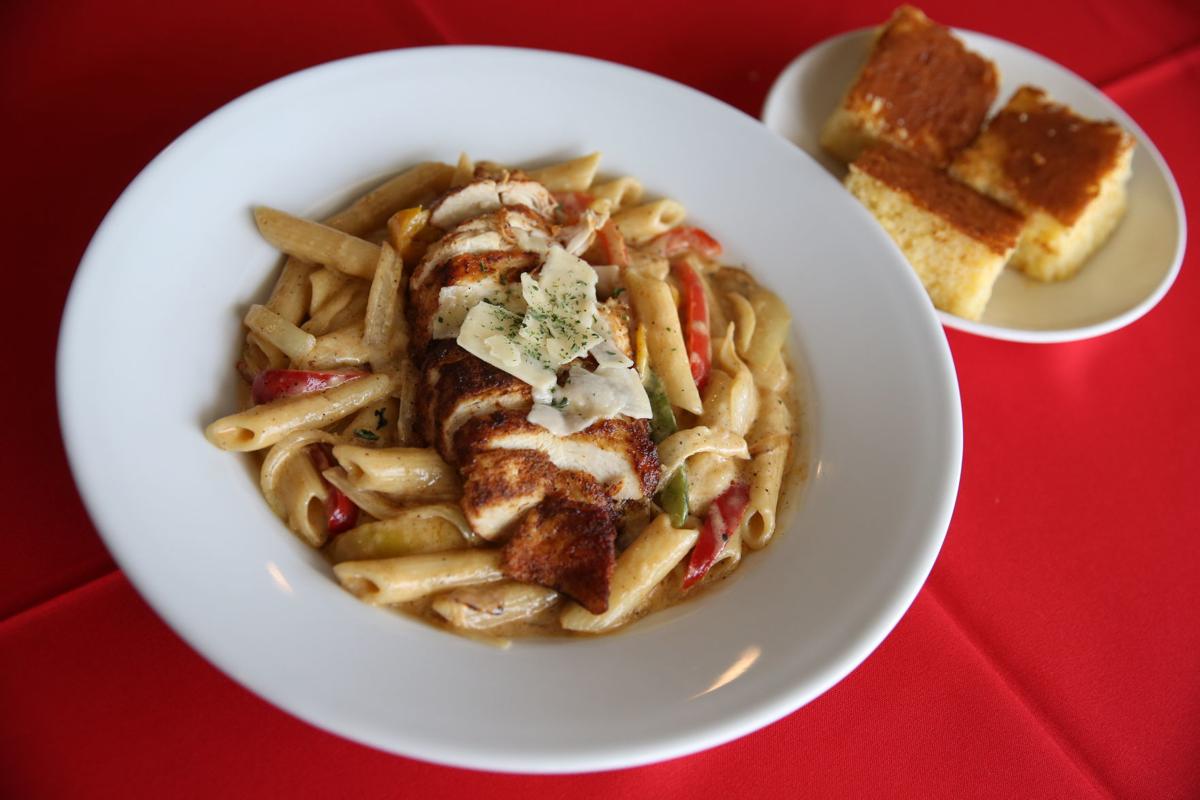 The Gregoire Blackened Chicken at Orleans Bistro and Grill on Southpoint Plaza Way in Spotsylvania County. 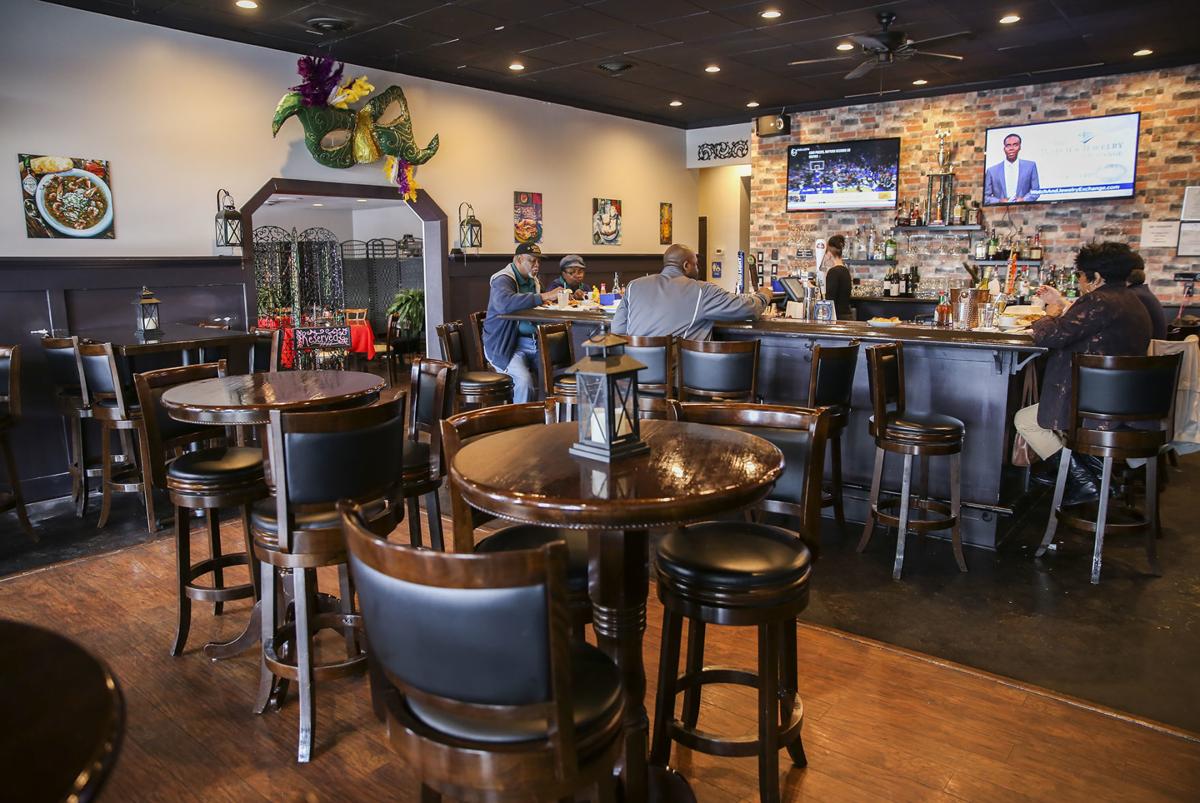 One of two dining rooms at Orleans Bistro and Grill, which opened last fall at Southpoint Plaza in Spotsylvania. The Cajun-inspired eatery is owned by Tisha Johnson, who was also behind Buttercups Cafe in Ladysmith.

Get a taste of Bourbon Street at Orleans Bistro and Grill. The large menu features dishes such as The Orleans Seafood Gumbo (above), Cast Iron Fried Catfish with Crawfish Etouffee, shrimp and grits, and po’boys.

The Cast Iron Fried Catfish with crawfish Etouffee at Orleans Bistro and Grill on Southpoint Plaza Way in Spotsylvania County.

The Gregoire Blackened Chicken at Orleans Bistro and Grill on Southpoint Plaza Way in Spotsylvania County.

One of two dining rooms at Orleans Bistro and Grill, which opened last fall at Southpoint Plaza in Spotsylvania. The Cajun-inspired eatery is owned by Tisha Johnson, who was also behind Buttercups Cafe in Ladysmith.

It’s early yet, but I’ll put Orleans Bistro and Grill as one of my top contenders for favorite restaurant of 2018.

There is not much here that isn’t very nicely done.

We got scared for a minute when we walked in, though. You enter into what looks like a nice bar, with a few tables and a square bar in the middle of the room.

We started to consider eating outside (they have a few tables on the sidewalk), until the host led us through the bar area into the dining room.

It was a whole new world. Different vibe. Lots of tables. A few jazz instruments on the walls.

And just enough of the great soul and R&B tunes to make it a pleasure.

Yes, I am getting old and complaining about loud music.

Our server, Meka, was awesome. Friendly, attentive without hovering, and thankfully never once asked, “You still working on that?” (The most non-relaxed, generic, uncaring dining expression of all time. Thank you for being above that, Meka.)

She took time to explain the menu items, and her recommendations were good.

We were a mixed bunch this time, with a toddler, Former Tween, Cool Stafford Chick and your faithful reviewer.

If they could please this mixed bunch, it would be a miracle.

Well, miracles happen. Everyone was happy. Even the littlest one. True, she just had the kid’s meal of chicken tenders ($6) with fries, but still.

Former Tween was suspicious of the whole cuisine, and ordered accordingly: He got the Southern Fried Chicken ($15) with french fries and mac and cheese for his sides.

They brought the lad some serious quantity and quality fried chicken. Plentiful, flavorful and not dry.

Of course, I stole some bites of the mac and cheese. Mmmm. Baked goodness cheese crust on top, with piping hot and delicious cheesy noodles beneath.

Yours truly went traditional Orleans on this trip, and got the Louisiana Style Jambalaya (large portion, $15). This was a perfectly sized bowl of heartiness, including shrimp, andouille (nicely spiced sausage), bits of ham and chicken, and rice, slowly sautéed.

Yes, I finished it. It was darn good. I have had this dish in New Orleans before, and them cats ain’t got nothing on Orleans Bistro.

Cool Stafford Chick won the food lottery on this day, however. She got the Gregoire Blackened Chicken ($15), described as: “Blackened chicken breast served over penne with peppers and cream sauce with a blend of Creole flavor.”

That’s one way to put it. Another, equally accurate version would be: food heaven. This is a melt in your mouth, tender, bursting with flavor yet delicate dish that deserves to be sampled by anyone who appreciates really great food.

Before you go get into the car to race to this great spot, two additional items: fried okra appetizer ($7.50) with a very tasty and spicy aioli sauce; and beignets ($6). The former were OK in my mind, but Cool Stafford Chick loved them. I guess okra is ... an acquired taste.

The beignets? Those warm, delicate, covered with sugar, rich-man’s version of doughnuts? Divine.

Last but not least: the music. One of the best meal soundtracks I’ve ever heard. George Benson. Gladys Knight. The Temptations. Michael Jackson. Earth, Wind & Fire.

You get the idea. Awesomeness.

OK. Now, you may get in the car and go to Orleans Bistro.

Dave Smalley is a Fredericksburg- based freelance writer, not overly fond of cooking at home, and father of four.