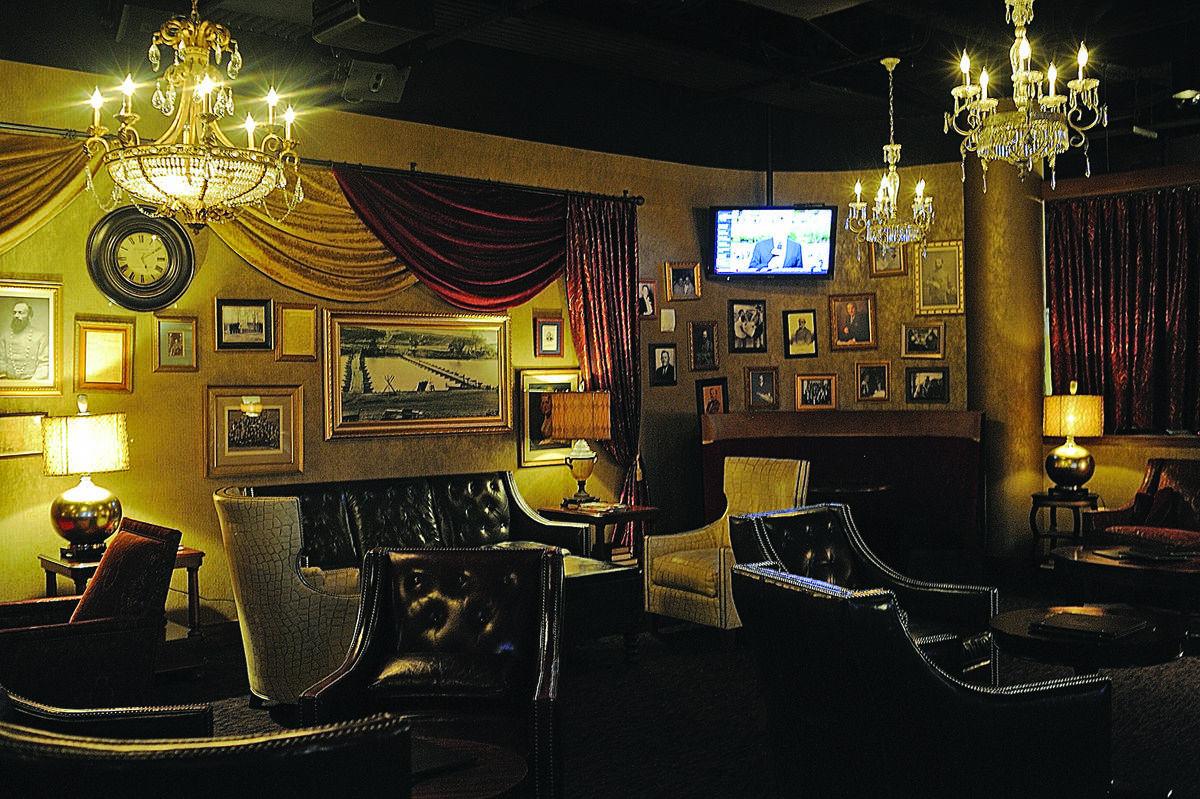 The Chatterbox lounge at Paragon Village 12 takes a page from history with its theme. 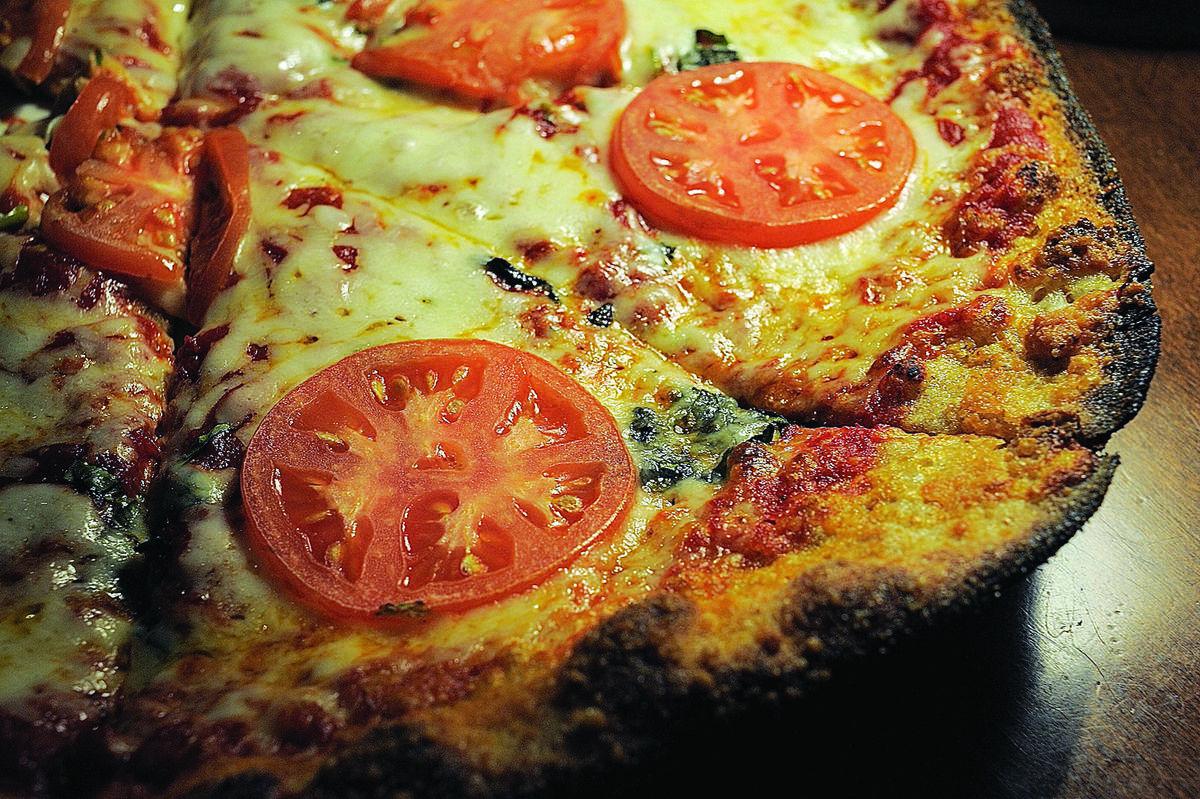 The menu offers everything from sandwiches to sushi. Above: Margherita pizza includes mozzarella, Roma tomatoes, basil, tomato sauce on a honey wheat crust.

The Chatterbox lounge at Paragon Village 12 takes a page from history with its theme.

The menu offers everything from sandwiches to sushi. Above: Margherita pizza includes mozzarella, Roma tomatoes, basil, tomato sauce on a honey wheat crust.

When my husband and I get out for a date night these days, I find that we are in search of places where we would never bring kids, where other people aren’t likely to have brought their kids and ideally where there’s something to do aside from stare at each other across a table and talk about kids.

We found ourselves at the Chatterbox lounge at the Paragon Village 12 on a recent night out. We had tickets to see “Unbroken” in one of the premier theaters there. Since going to the movies is something of an annual occasion for us, we like to shell out for these nicer seats to reward ourselves for venturing off the couch and away from on-demand cable.

You have to be 21 to reserve these seats, or to dine at the Chatterbox. You must also have either a ticket to a movie in one of the premier theaters or a Chatterbox membership card to get in.

There is a luxurious feel to the place when you walk in, with lots of leather and other nice upholstery that hasn’t been rubbed up by anyone with peanut-butter-and-jelly all over their face.

The seating is more lounge-like than restaurant-like style. You can settle into living-room arrangements of chairs and couches around tables, or cozy curved banquettes.

There’s a bar in the middle (only bottled beer up here, but a fun assortment of cocktails) and pool tables, so there’s more to do than just eat and look at each other until movie time.

The Chatterbox has a whole narrative about its “origins” printed in its menus, and the whole spiel about how it started out during the Civil War as a magical place where Union and Confederate soldiers (and probably unicorns, too) could enjoy a nice drink together is a complete load of baloney, but it sets the tone for this place as a fun hangout that doesn’t take itself too seriously.

The menu includes appetizers, sliders, pizzas and sushi. This is not a place you come to for a meat-and-sides entrée, but it is a good place to split a few plates with your dining party.

We tried the three-pepper calamari ($9) first. The fried calamari are sautéed with three kinds of peppers, and the dish packs some heat. I liked the heat, but I think the sauté robbed the calamari of crispness. The breading could have used a good dash of salt, pepper and herbs. A dipping sauce is a good counter to the heat, though it was a little too sweet.

We decided to sample the sushi, and opted for the “super tuna roll,” ($12). I must confess that if I am going out in search of great sushi, I’m probably not going to a movie theater. This sushi made an effort at hitting all the flavor notes you expect of sushi. A combination of sauces, tempura and cream cheese lent a diversity of textures, but don’t order this if you’re after that sweet taste of fresh fish flesh that makes you think of the sea.

Still, for a movie theater that also houses the Splitsville bowling alley, it’s not bad.

Probably the best value on the menu, in our opinion, were the filet sliders ($11). These were two generously sized slabs of beef tenderloin on tender white buns, topped with crunchy onion rings and horseradish cream.

The toppings were just right, and added the right texture and flavor counterpoints to the meat. This wasn’t the most tender filet meat, but it was well-seasoned, which is something I constantly find restaurants fall down on, even when you’re paying much more for a fancy steak entrée. I would order these again.

The service was great, and in fact at times we asked for a little more time to peruse the menu. The fact is that this is just a really pleasant place to hang out. It’s full of adults behaving like adults (there’s even a dress code), and after many date nights in downtown Fredericksburg (which is wonderful), this felt like getting away to a completely different place.

The servers were sensitive to our show’s start time, and brought my husband a plastic cup so he could take his beer in with him. Despite that bit about adults behaving like adults, actual beer bottles are prohibited in the theaters, due to their potential to become projectiles.

Maybe it’s not just little ones who need baby-sitting.

Emily Freehling is a Fredericksburg-based freelance writer, avid cook and mother of two. Reach her at efreehling@gmail.com.