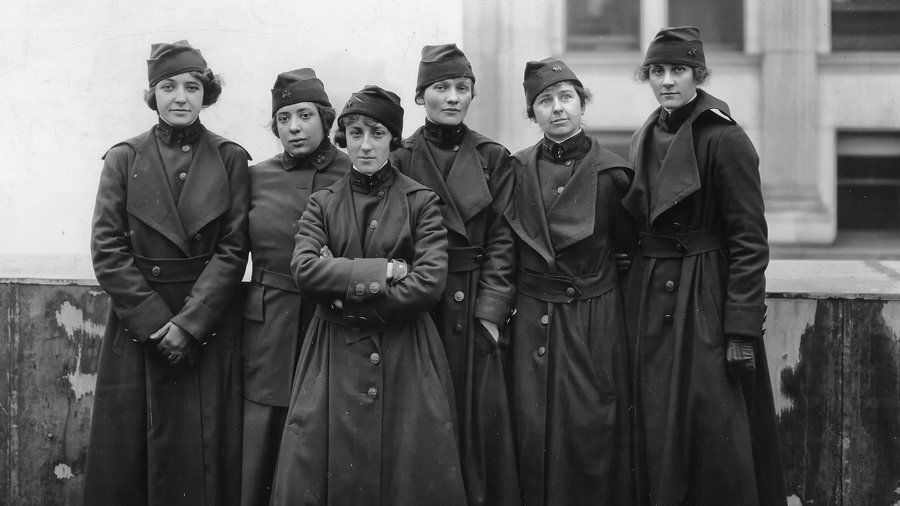 ‘The Hello Girls,’ about the women who served as phone operators duringWWI, will be shown at Howell Branch Library. 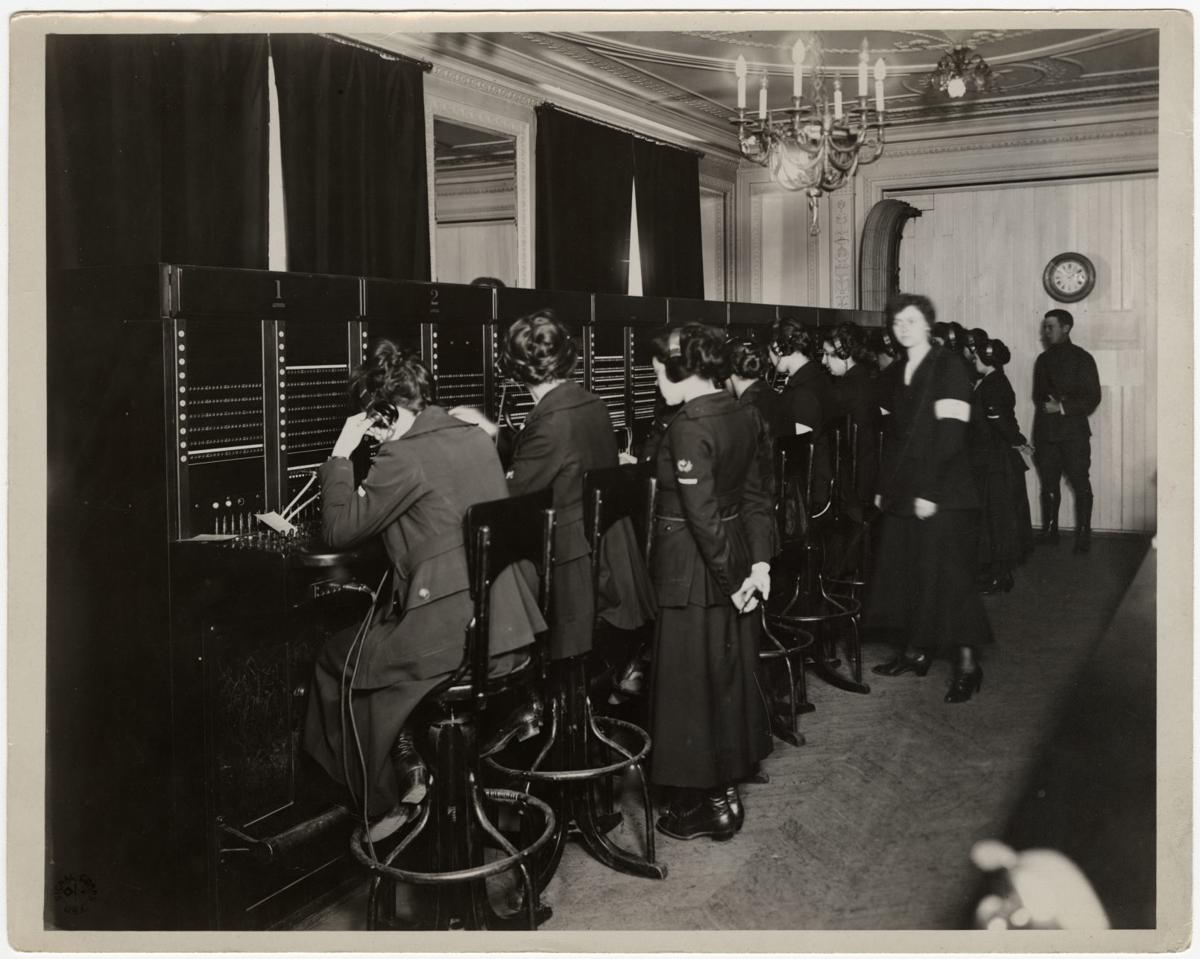 The Hello Girls at work at the Paris Peace Conference in 1919. 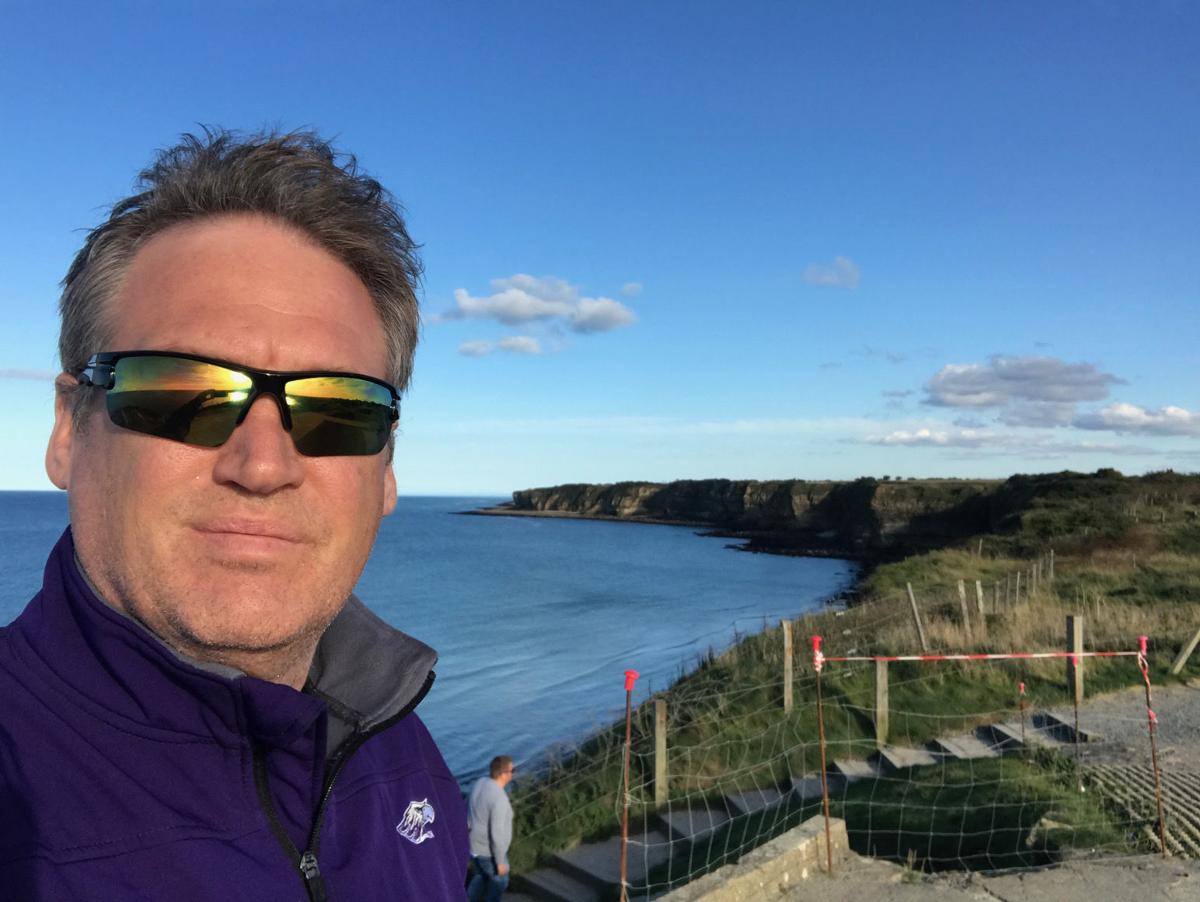 Filmmaker James Theres, seen here in Pointe du Hoc, France. He interviewed the descendants of four of the Hello Girls. 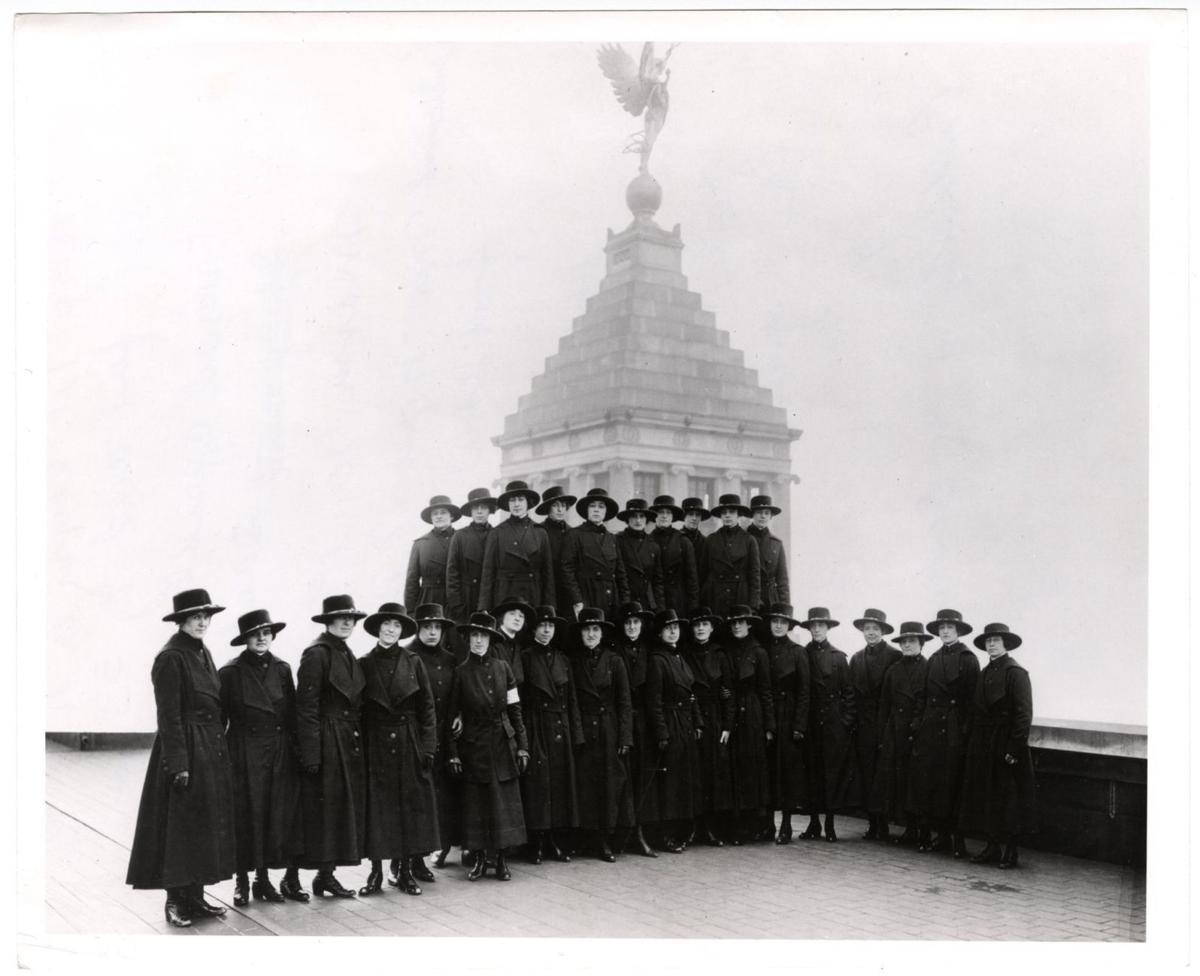 ‘The Hello Girls,’ about the women who served as phone operators duringWWI, will be shown at Howell Branch Library.

The Hello Girls at work at the Paris Peace Conference in 1919.

Filmmaker James Theres, seen here in Pointe du Hoc, France. He interviewed the descendants of four of the Hello Girls.

An errant Google search and a last-minute, fortuitous find at the National Archives in Washington, D.C., made James Theres’ documentary “The Hello Girls” come together.

Theres, with three documentaries under his belt now, started searching in 2017 for a project to coincide with the 100th anniversary of the end of World War I in November 1918.

A mistake in a Google search for information on WWI led to Elizabeth Cobbs’ book, also called “The Hello Girls,” which told the story about American women who went to Europe during WWI to run the switchboards and the phones that connected generals to the battlefronts. The moniker derived from the women answering the phones with “Hello.”

Theres had found the subject for his second documentary.

“Truthfully, I had meant to type in WWI men. For some strange reason, I typed in WWI women,” the 55-year-old Alexandria filmmaker said. “I looked at the screen and said, ‘OK, let’s see what’s here,’ and up popped Elizabeth Cobbs’ book of the same name.”

Theres read the book and emailed Cobbs, who helped set him on the path to his documentary version of “The Hello Girls.”

This Saturday, Theres will introduce his film at a screening at Howell Branch Library, where he will discuss his journey in making the documentary. The event is presented by Washington–Lewis Chapter of the Daughters of the American Revolution.

Theres’ research led him to Kansas City; San Francisco; Marine City, Mich.; and Chaumont, France—places where he interviewed the descendants of four of the Hello Girls.

John J. “Black Jack” Pershing, who commanded the American Expeditionary Forces on the Western Front in WWI, brought the Hello Girls to Europe at the suggestion of AT&T executives who were part of his staff, Theres said.

Pershing was not satisfied with the way the American soldiers were doing the job for the U.S. Army Signal Corps. “He knew how important that private communication was on the battlefield and that it would be a game changer,” Theres said.

The 223 women, who went to Europe in cohorts of about 30 at a time, took calls from forward observers regarding artillery and regiment movements as well as communications between officers in the field and headquarters, all while being close enough to the war to come under artillery fire.

“This wasn’t the role of the telephone operator in the United States at the time. This was a battle-related occupation,” Theres said.

Theres, who works for Veterans Affairs in Washington, D.C., found footage for his documentary at the National Archives. The photos he included came largely from the families of the Hello Girls, who were all volunteers who spoke French.

He also found footage just in time for the release of the film. He had looked for old film clips without success, but a last-minute find helped him finish the project.

He decided to do one more search with his editor on the off chance they could find something to complete the 18-month project.

“My editor and I went back on YouTube one last time and all of that footage came up,” Theres said of the footage that was from an anonymous donor. “The gentleman on the phone at the National Archives said, ‘Yeah, we just put that up about three weeks ago.’”

Theres said he believes something bigger led him along the journey to tell the story.

“I often tell people that I really do feel that the women have been with me all the way, and they have revealed themselves along the way,” Theres said. “I just feel the women had waited 100 years for their story to be told, and enough was enough.”

Theres interviewed daughters and granddaughters of the four Hello Girls to find the voices of the women who went unrecognized for their service until 1978 when President Jimmy Carter signed a bill that recognized them as U.S. soldiers.

A number of “custodians” throughout the years kept the story alive long enough for him to tell it again, he said.

Merle Egan Anderson, one of the operators, fought for years to gain the recognition the women deserved. Mark Hough, a young Seattle attorney in the late 1960s and early 1970s, read about Hello Girls in a Seattle newspaper and helped with the campaign.

Sen. Barry Goldwater, Rep. Lindy Boggs, Sen. Daniel Inoye and others introduced bills over the years to get the operators recognition.

“They were very unique pioneers. Not only because they were the first, but because they volunteered to do this, and they didn’t even have the right to vote,” Theres said of the women, who were among more than 7,000 to apply. “I think deep down, they knew that they were doing something kind of historic. They were leading the way. I have great admiration for these women. They played an extraordinary role in the war without a doubt.”

Theres said less than 20 of the women were still alive when Carter signed the bill.

Passing the story to the DAR is the appropriate thing to do now, said Theres, who was recently awarded the DAR’s 2019 National Media and Entertainment Award.

“I can’t think of a better custodian for ‘The Hello Girls’ story than the DAR,” he said. “There’s been this long chain of custody starting with the women, Mark Hough, Elizabeth Cobbs, and now the DAR has embraced this.”

Lynda Baer, the regent for the Washington–Lewis Chapter, agreed that the DAR will make good use of the film and preserve the story.

The film fits in with the DAR’s mission to educate, preserve history and promote patriotism.

“This is the perfect thing because of its military focus. It’s educational, in that it’s true, and it holds everything together for historic preservation,” Baer said. “The fact that we have this opportunity to share this is wonderful.”

Theres said the question he gets most often at screenings is why it took so long for the women to be recognized.

“I think it was just unfortunately that men didn’t see that this was a real role for women in the military,” Theres said.

But not all men failed to recognize the contributions of the Hello Girls, Theres said.

“On Christmas Day of 1918, after the war, the men of the Signal Corps gave all of the women a scrapbook, and it had letters and pictures from the men,” Theres said. “The first letter in the Christmas book was written by Pershing himself thanking them for their service.”