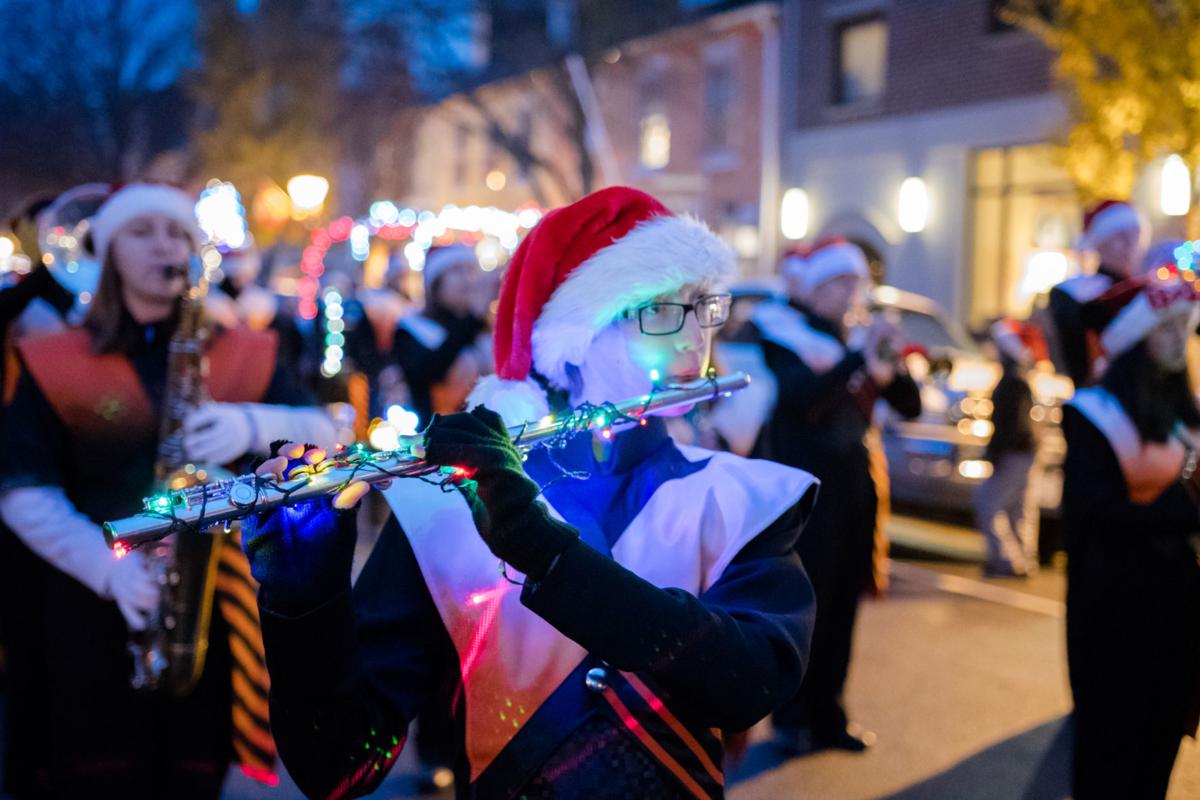 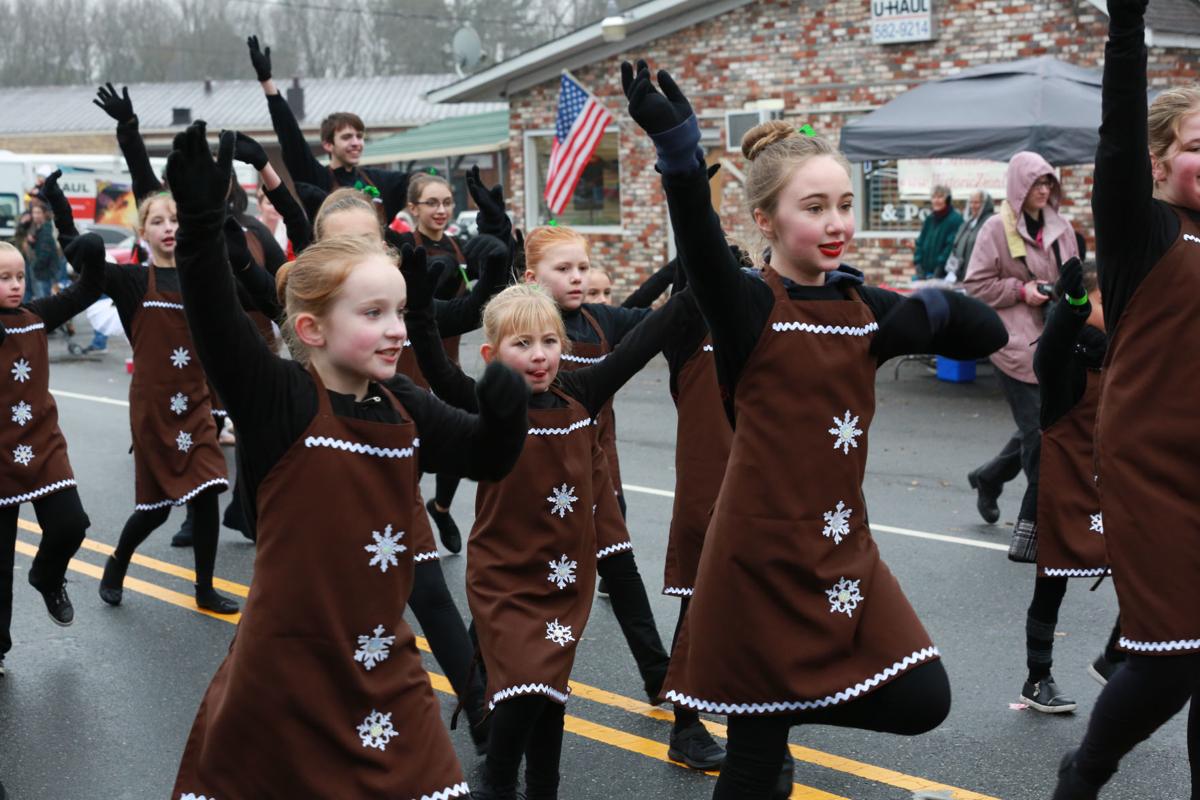 Spotsylvania: ’Twas the Night Before Christmas 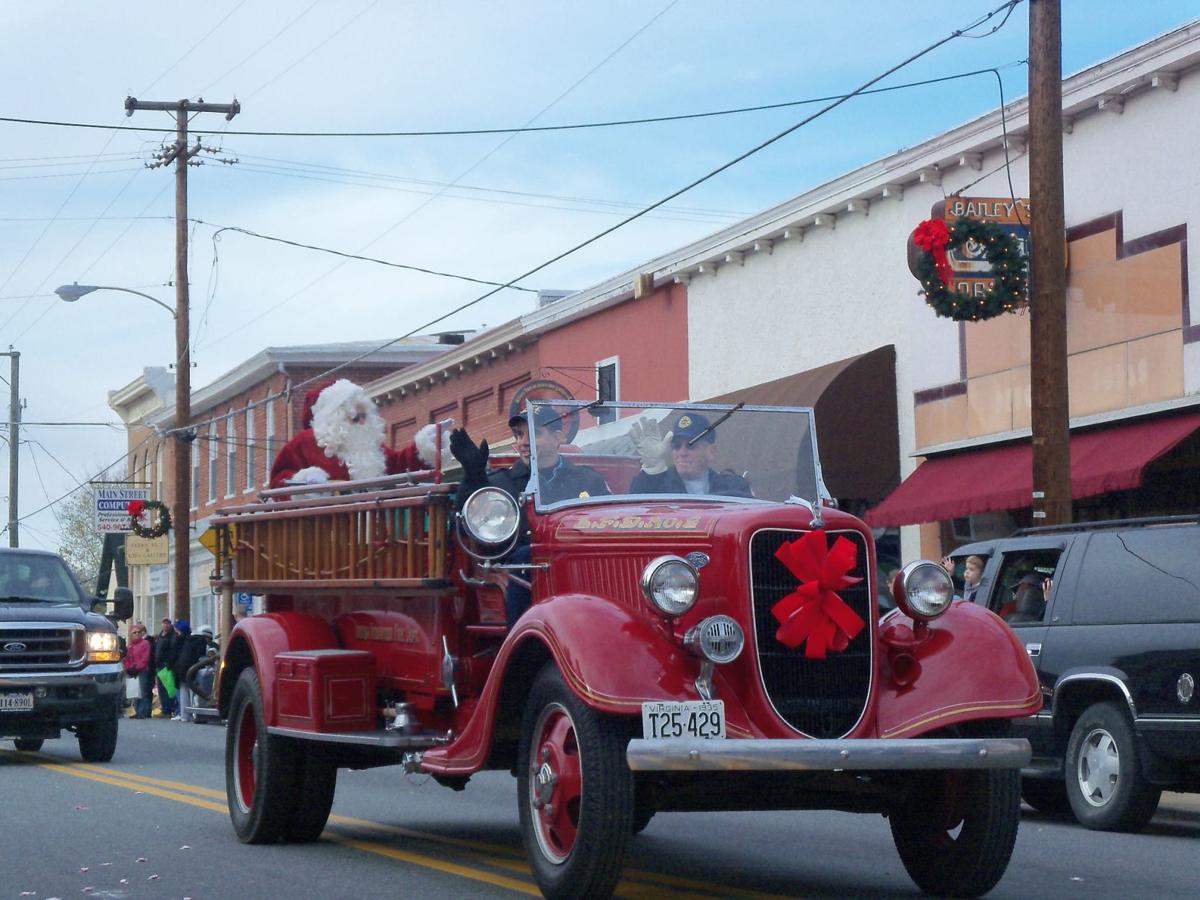 Spotsylvania: ’Twas the Night Before Christmas

Weather forecasters are calling for good, crisp winter weather this weekend, so all the free holiday parades and festivals in the area should go on as planed, and be a lot of fun.

The Fredericksburg Christmas Parade, with 77 entries this year, will start at 5:30 p.m. Saturday and is the only night parade in the area.

Of course, Santa will wrap up the procession, but the man in the red suit will follow dancers, Scouting troops, therapy dogs, majorettes, cheerleaders, gymnasts, high school marching bands, horses, youth organizations and novelty entries, among many others.

The parade, which will run on Caroline and Princess Anne streets between Wolfe and Amelia streets, is expected to draw 15,000 people and last until about 7:30 p.m., said Parade Coordinator Kim Herbert.

Herbert said people enjoy the parade that has a long history in town, and like the comfort of the custom.

“It’s tradition. It’s been going on for over 50 years as a continual parade in downtown Fredericksburg, bringing in the Christmas season,” Herbert said.

Organizers have high hopes for this year’s parade, Herbert said.

“The theme this year’s parade is ‘A Futuristic Christmas,’ so we hope that brings out some creativity,” Herbert said. “People love the creativity of the floats that the different groups come up with.”

The Fredericksburg Parade will be held rain or snow. Admission is free.

Parking will be $2 at the city parking garage. Parade visitors can also park at the University of Mary Washington parking lots at the corner of William Street and Sunken Road, and the Battlefield Athletic Complex along 1300 Hanover Street, which includes the new lot with 129 spaces located behind the track.

Street parking will be available on a first-come, first-served basis, according to the Fredericksburg Parade website. There will be no parking along the parade route and on some adjacent side streets beginning at 2:00 p.m. on the day of the parade. Signs will be in place to show the restrictions. Illegally parked vehicles will be towed at the owner’s expense.

The Spotsylvania Christmas Parade, with 75 entries, is set to draw about 5,000 people to the Spotsylvania Courthouse area Saturday. This year’s theme is “ ’Twas the Night Before Christmas.”

“We’re excited to see how everybody interprets the theme,” said Lindsay Leach, the Spotsylvania Parks and Recreation special events coordinator.

The parade, set to start at 1 p.m. in front of the circular drive at Spotsylvania Middle School and end at the Spotsylvania Courthouse Village, will have a wide variety for the holiday spectator, Leach said.

“We’ve got several bands. We’ve got dance troops. We’ve got Boy Scouts and Girl Scout troops, business groups—a little bit of everybody and everything.”

One of the bands is a compilation of marching bands from Spotsylvania, River Bend, Chancellor, Courtland and Massaponax high schools, Leach said.

“All of the county high schools have come together to make one big band. It’s really impressive to see about 300 marching musicians,” Leach said.

“Sunday is the Luminary, so we’ve got three local choruses and choirs that will be coming out to sing Christmas carols. We light 500 candles, so it’s really pretty and lit up,” Leach said.

Parking for the parade is at the Holbert Building, at 9104 Courthouse Road and at the Public Safety building at 9119 Dean Ridings Lane.

Decorated floats, trucks, and golf carts along with horses, dancers, marching units, classic cars and motorcycles will be in the Colonial Beach Winter Festival Parade to set the stage for Santa to arrive in his sleigh.

The parade, with 25 entrants, will start at noon Saturday and run from Euclid Street, along Colonial Avenue to Washington Avenue to end at Town Hill, said Sally Adams, the Colonial Beach Chamber of Commerce events coordinator.

The decorated golf carts turn out to be a big hit every year, Adams said.

In the past, Adams said, golf carts have shown up decorated as Christmas presents. Others sported fully decorated Christmas trees on top, and some came completely covered in holiday lights.

“People are getting more and more intense on decorating their golf carts,” Adams said. “They’re outrageous, and they’re just fighting for a trophy.”

There will be free crafts to decorate with glitter and paint including wreaths, marshmallow snowmen, Christmas stockings and snowflakes.

Things at Town Hill typically wind down between 4 and 5 p.m., but the fun will continue with the annual Lighted Boat Parade, Adams said.

Adams said she hopes to see a crowd in the town.

“It’s so fun. It’s going to be a blast. They’ve been decorating Town Hill for a month almost,” she said. “They’ve got the gingerbread house, the Santa house and the Grinch house. They’ve got a zillion little things going on. I just want to encourage people to come and enjoy a slice of a small town. That’s what this really is. It’s so lovely. Everybody has so much fun.”

Eager visitors will be able to make a day of it in Orange on Sunday.

Charlotte Cole, the executive director of the Orange Downtown Alliance, said concerts, vendors and Santa will allow visitors to fill the time between the end of church and the beginning of the parade at 4:30 p.m.

“We’ll have holiday concerts at two locations: one down at the train station and one down at Taylor Park,” Cole said.

Performers include the Orange County High School Jazz Ensemble, which was a big hit when it opened for several acts at town events this summer, Cole said.

“People were astounded at the quality of those musicians,” Cole said.

Sam Kessler, who is organizing the parade for the Orange Rotary Club, said the theme for this year’s parade is “Lights, lights, lights, Christmas lights.”

Teachers will hold a prominent place in the parade

Among the roughly 60 floats, cars, people and marching bands will be the horses and hounds of the Bull Run Hunt Club, Kessler said.

“They’re a hunt club that brings their horses and hounds to be in our parade. I think it’s a pretty thing to see,” Kessler said.

A couple of years ago—the hunt club’s first year in the parade—a few of the hounds caught the scent of some animal right on the parade route and took off after it, Kessler said.

“They were running all over town. It was hilarious,” he said. “That made memories. So many people got a laugh out of it,”

The hounds were wearing tracking collars, so the huntsmen found them later that day, Kessler said.

That’s where all the performers will stop to show the judges what they’ve got before the parade ends just after sunset, Kessler said.

“As it trails in toward the end, that’s when it starts getting a little darker. By the time Santa comes in, it’s dark, so the lights along the street look pretty neat,” Kessler said.

“We want everybody to walk down to Taylor Park to the tree lighting,” Kessler said.

This year’s theme for the Louisa Christmas Festival and Parade will be “Christmas Red, White & Blue,” According to the Louisa Parks, Recreation and Tourism website.

The festival will be held between 10 a.m. and 3 p.m. Saturday in the Courthouse Square, where people can shop for all kinds of holiday gifts including Christmas wares, wreaths, jewelry, quilts, kitchenware and other items.

The Parade—with floats, antique cars, marching groups and more—starts at noon at Meadow Avenue and will run down Main Street to Rosewood Avenue, then to the County Office Building on Woolfolk Avenue, according to the website.