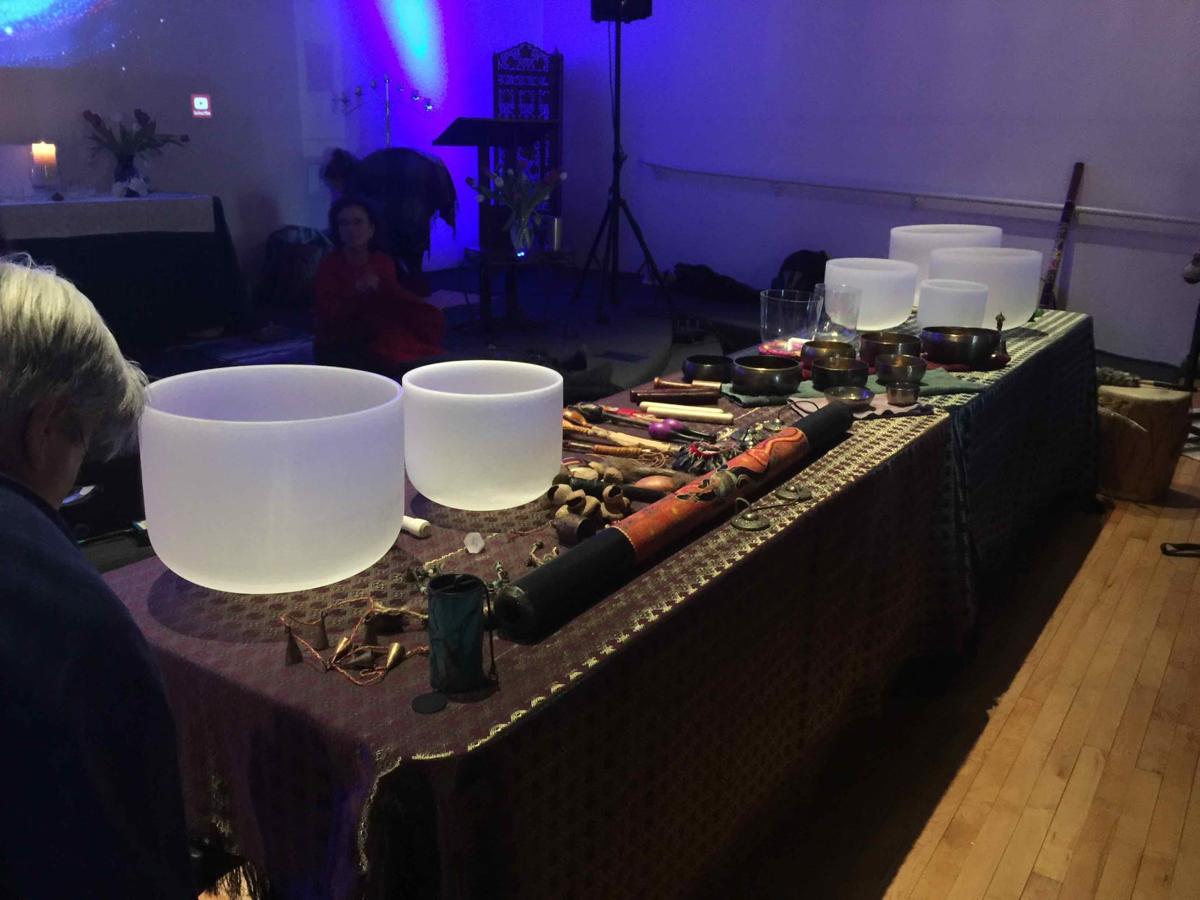 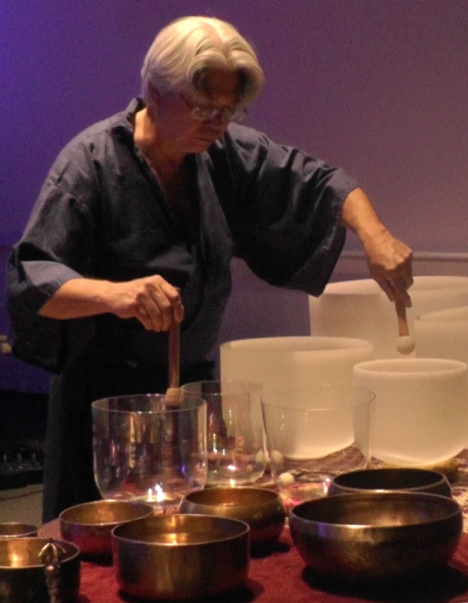 Many people are moved when they hear a soulful ballad by Al Green or a majestic Mozart symphony, but Mark Torgeson takes the healing powers of sound and music to a new level. He will present a free concert Saturday at the newly renovated theater at the downtown library titled “Sound Healing and World Expressions.”

Torgeson and his group will play crystal bowls and a variety of world instruments with the intention of raising the audience’s consciousness. It’s an ambitious goal, and Torgeson takes it seriously.

“I always use music and sound to show consciousness,” said Torgeson. “For the last 40 years that’s been a strong focus, but I’d say in the last 15 years it’s shifted more towards pure tone and the intentional use of pure tone. I would say my main objective is to bring sound healing to Fredericksburg.”

Torgeson first came to Fredericksburg in 1975 to attend Mary Washington College and graduated with a degree in music. He has combined his interest in meditation and world music and released 32 albums. He also leads weekly healing circles at the Unity Church in Fredericksburg and presentations called “Healing Sound Immersion.”

Ancient cultures in Australia and Asia, as well as Native Americans, have used sound for centuries to access deeper states of consciousness. Recently, Western science has been studying the beneficial effects of those practices.

“What they’ve found in research is that people who are meditating are getting down into specific brain wave states, and usually when you get below the beta state, which is our normal waking state, driving and so forth, you go into alpha, which is much more of a daydream state,” said Torgeson. “Some long-term meditators train their minds to get even lower than that. I would say the most-used state today to get into these is theta, somewhere between four and eight cycles per second. So you train the brain to get into those states. It’s a deeply transformative, healing type of state. The sound helps with that.”

Torgeson plays a number of different-sized crystal bowls that are tuned to specific frequencies that he says resonate with natural frequencies in the brain. The bowls are similar to Tibetan singing bowls, but are made of quartz crystal.

“You usually sing the crystal bowls with a singing stick and it emits this very high-frequency sound which helps to wake people up,” said Torgeson.

Saturday’s concert will feature other musicians playing instruments from around the world. Julian Desta will play the didgeridoo, a wind instrument that emits a low, sustained tone that comes from the Aboriginal culture of Australia. Desta will also play the berimbau—a Brazilian instrument that’s a gourd with a single pole and string, and an African djembe drum. Therese Reiff will play Tibetan bells and a variety of drums. Deborah Coleman will use the thunder drum, shakers, rattles, crystal bowls and tuning forks. Haylee Hill will sing and play crystal bowls and the didgeridoo.

Many of the drums that will be played were made in Fredericksburg by Jesse Johnson.

“Jesse Johnson makes elemental spirit drums,” said Torgeson. “Just about everybody in our group has one of his drums. He follows the indigenous Native American and African traditions when he makes his drums.”

Torgeson said that while his presentation has spiritual roots, it is not a religious ceremony, and is open to people of all faiths, or no particular faith tradition.

“I try to stay away from the religious aspect,” said Torgeson. “I really want it to be available to everybody. It kind of throws people when you get too religious on them. What I’ve found is many cultures, especially the indigenous cultures, have used sound to really travel in consciousness.”