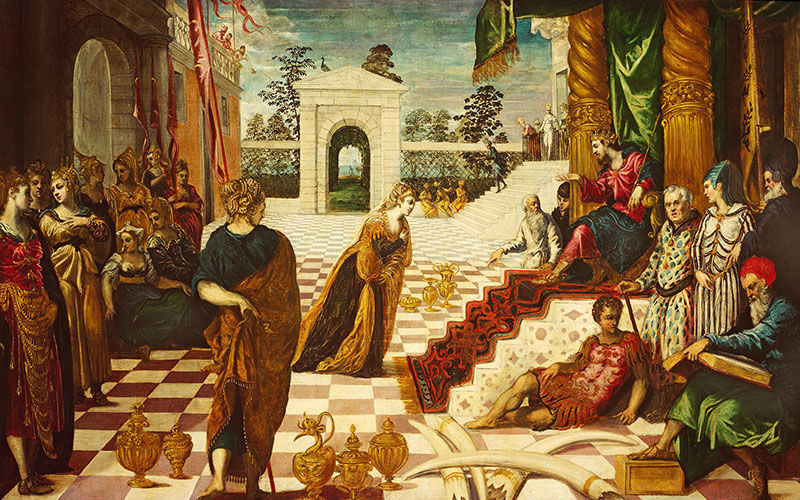 The Museum of the Bible’s ‘Picture Books of the Past’ exhibit features 64 paintings from the 1300s to the 1800s. A portion of the works are from Bob Jones University. 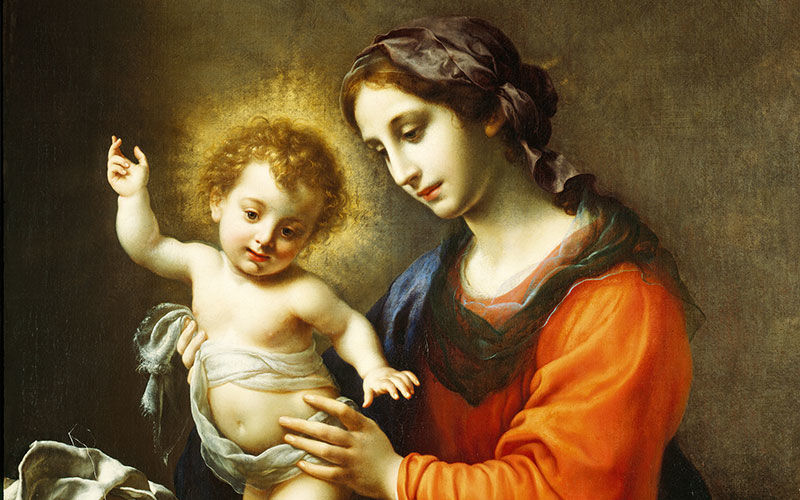 The exhibit, on display through September 2020, includes works by Tintoretto, Ribera, Dolci, Doré and Murillo.

The Museum of the Bible’s ‘Picture Books of the Past’ exhibit features 64 paintings from the 1300s to the 1800s. A portion of the works are from Bob Jones University.

The exhibit, on display through September 2020, includes works by Tintoretto, Ribera, Dolci, Doré and Murillo.

“Picture Books of the Past: Reading an Old Master Painting” at the Museum of the Bible is like a library of books. Like any library collection, some will be by well-known artists on bestseller lists and others not so well known. But each of these stunning 64 paintings is a masterpiece well representing the Gothic, Renaissance and Baroque period when it was created.

During the time period from the 14th to 19th century, when few were literate, the artists employed a shared visual language of “image writing.” Each tells a story that was understood by its “reader” to inform and inspire as well as continuing to be viewed as treasures of art in modern time. Rather than tell the story of the artist and their methods, this exhibit focuses on how viewers can follow the iconography and “read” these Bible stories.

Starting with the most familiar characters, the detailed wall text provides the key clues to look for in the images, colors and figures. Here St. John the Evangelist is identifiable because of an eagle representing his “soaring inspiration” and his assortment of books, inkwell and quill. In another image of Saint Margaret of Antioch, a dragon lurking under her sleeve is the devil. In Carlo Dolci’s “Madonna and Child,” the colors red signifies love; blue, the heavens, white, purity and innocence; and green, spring and triumph of life.

The central gallery, “Entering the Character’s World,” discusses how the settings draw the viewer into the scene through fantastic location, dramatic lighting, character grouping, placement of figures. In Gustave Doré’s “Christ Leaving the Praetorium,” the architecture of Rome represents sovereignty. Caesar’s diminutive sculpture is in the back while Jesus is physically prominent in front. The contorted body positions of Simon of Cyrene contrast with Jesus’ serenity. Each image expresses emotions and thus explaining the characters and creating mood to highlight the theme.

Each of the works can be viewed on several levels like Gherardo delle Notti’s “The Holy Family in the Carpenter Shop,” which is not a Bible story. Noted for its warm light, which illuminates the forms of the figures in the darkness, the work is both a symbol of the light of the holy figures as well as a master painterly technique.

“Exploring Symbols, Allegories, and Allusions” builds on the experience of observing the relationship of objects in telling stories into building meaning and religious belief.

Salvator Mundi attributed to Hendrick Goltzius and Bartolomé Esteban Murillo’s “The Heavenly Shepherd” offer contrasting portraits while “The Instruments of the Passion of Christ” by an unknown 17th-century Dutch artist is devoid of human image. In this still-life, the objects—flasks of wine, a purse and 30 pieces of silver, lanterns, sticks, a scarlet robe, the crown of thorns, parchment, dice, hammer and nails, and spear—tell the story.

A special treat for those who saw the recent National Gallery exhibit on Tintoretto is his “The Visit of the Queen of Sheba to Solomon,” which is staged as if the characters were ready to present a play.

There is also a rare showing of a work by his daughter Tintoretta, “Idea of Wisdom,” filled with symbols like the wings of Mercury, the messenger of the Roman gods, as the head of Wisdom, with a miter, the official headdress of Jewish high priests and Western bishops at her feet. Her hand subdues a serpent representing the devil while books allude to the pursuit of knowledge.

This selection of old masters paintings from the Museum & Gallery at Bob Jones University in Greenville, S.C., on temporary view until Sept. 30, 2020, offers something to take away in how to “read” paintings. The show is a fine complement to the National Gallery of Art’s permanent collection of old master Italian paintings, which is considered the most important in America and among the finest and most comprehensive in the world.

Sheila Wickouski, a former Fredericksburg resident, is a freelance reviewer for The Free Lance–Star.