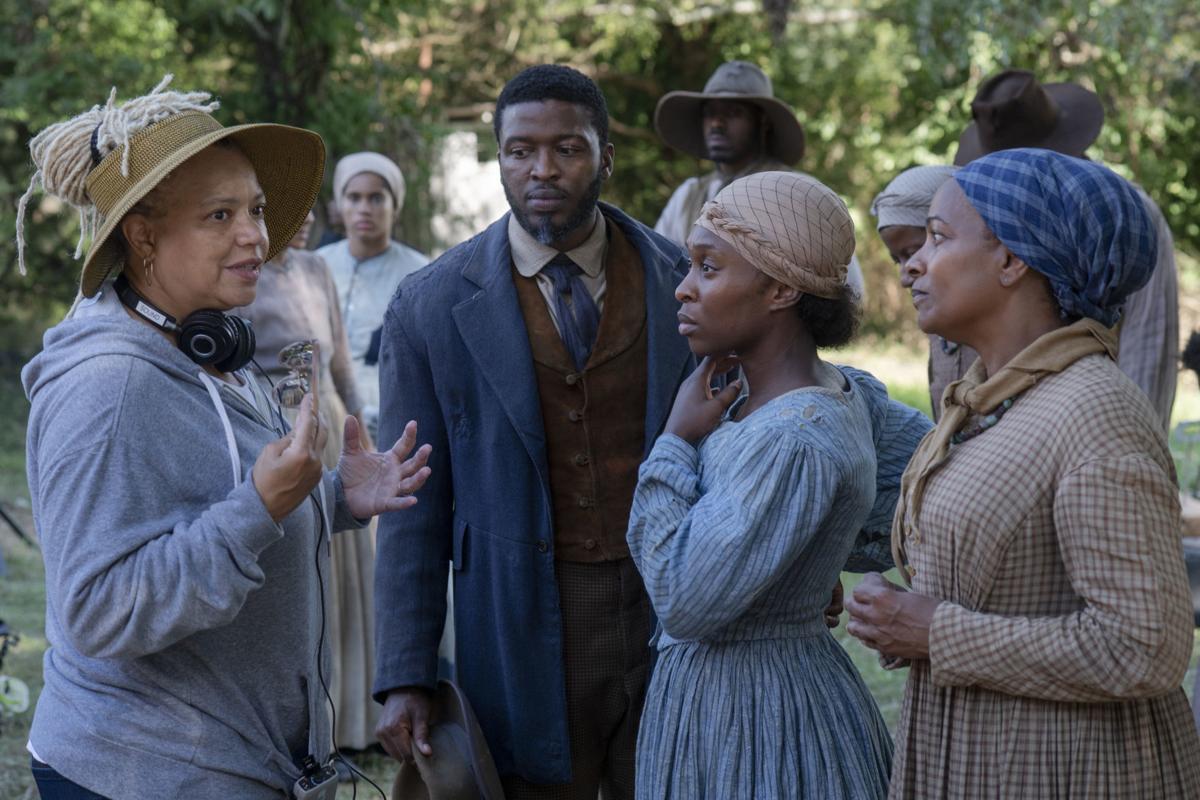 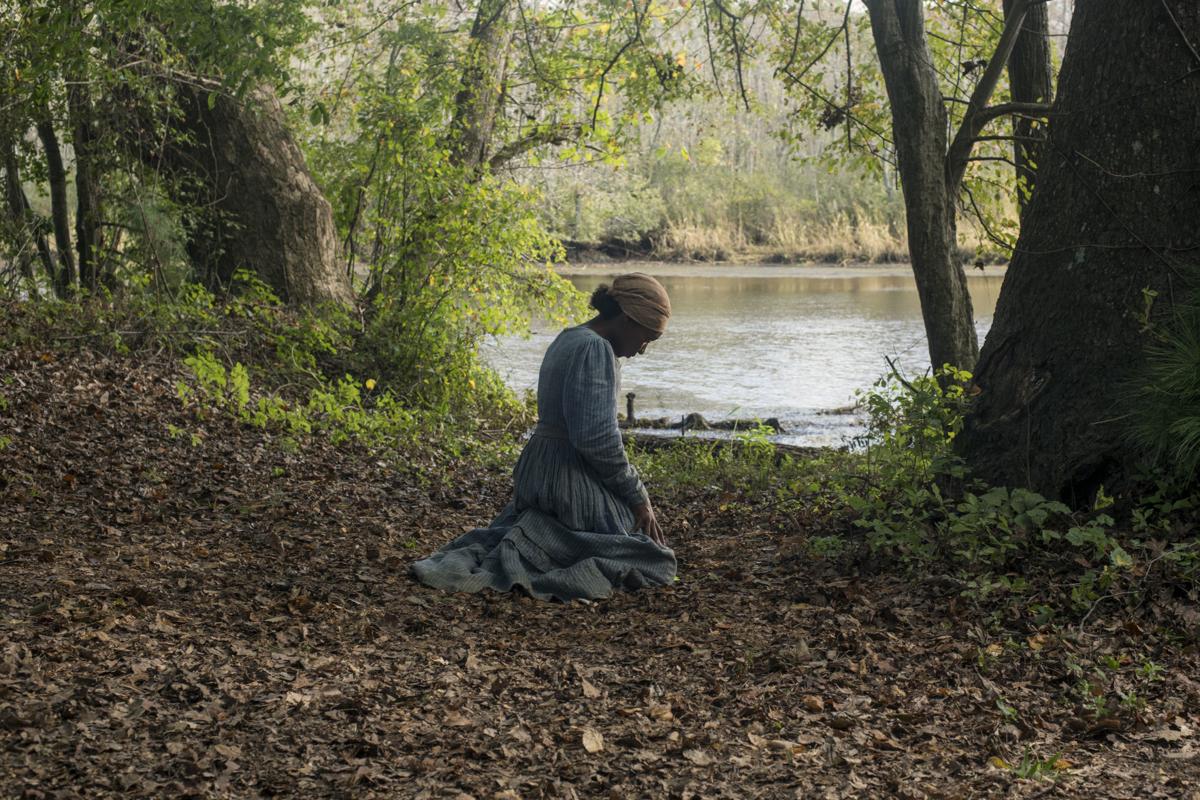 Filming in Virginia and feeling the presence of enslaved people linked cast and crew emotionally to Harriet Tubman. 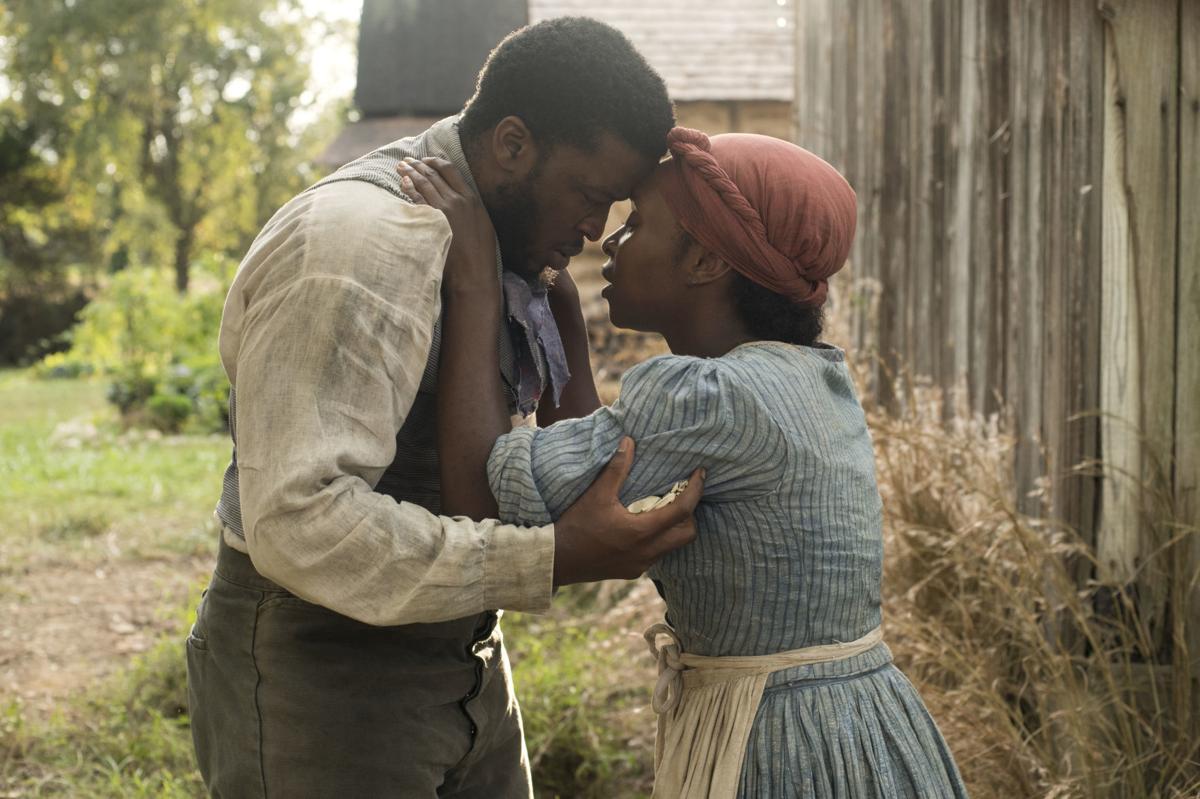 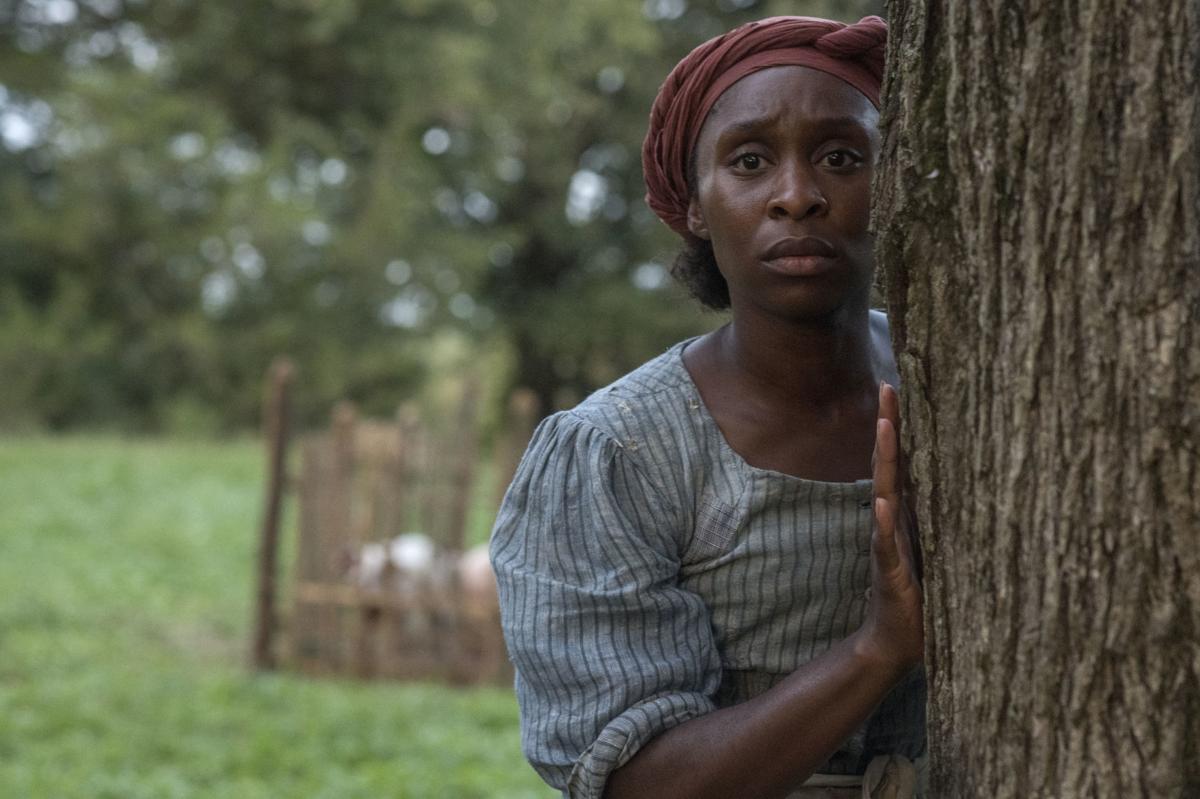 British actress Cynthia Erivo (above), a star in the recent film “Widows,” plays Harriet Tubman in “Harriet.” Shot in Virginia, it’s the first feature-length film to tell the abolitionist’s story. 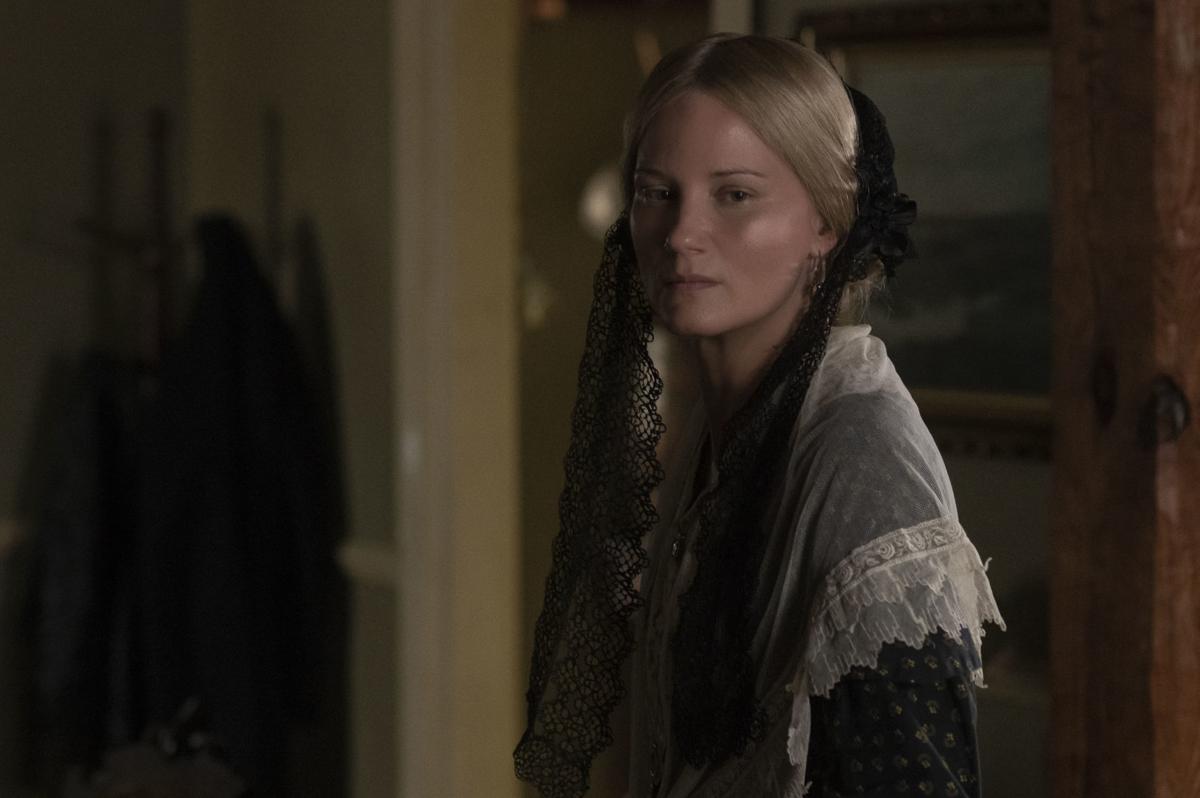 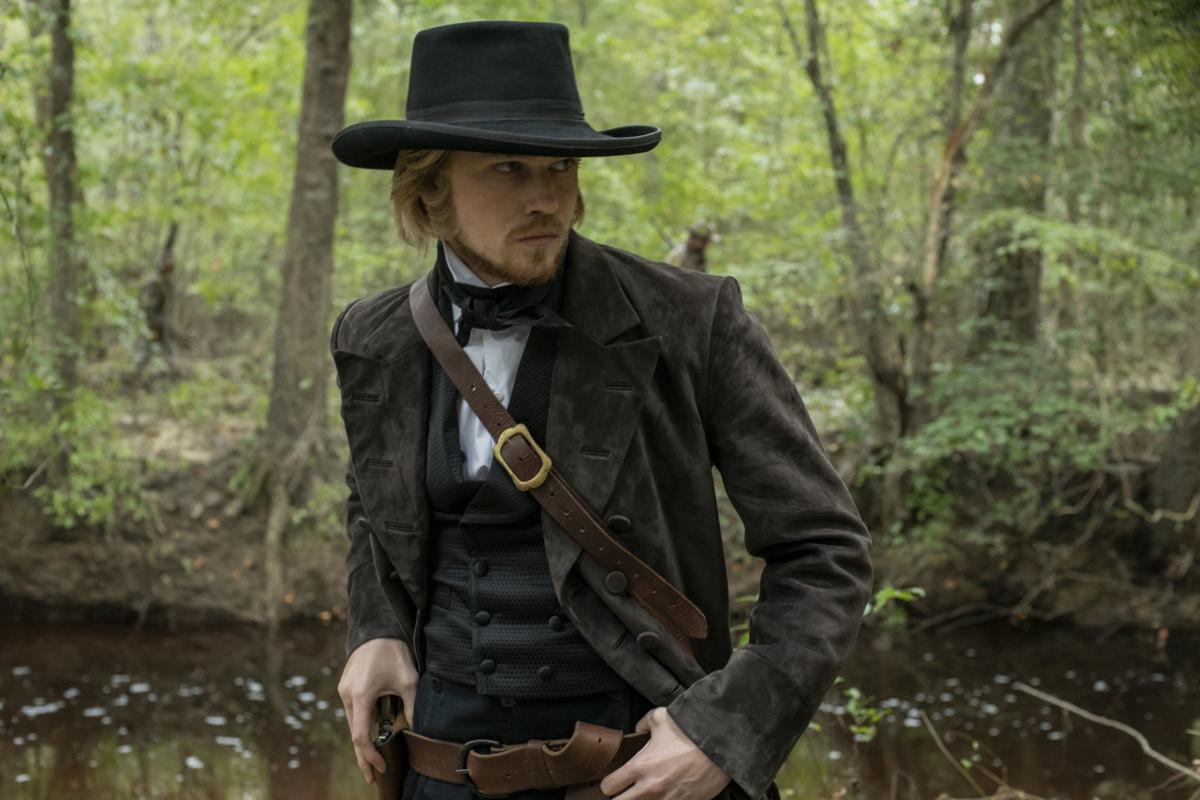 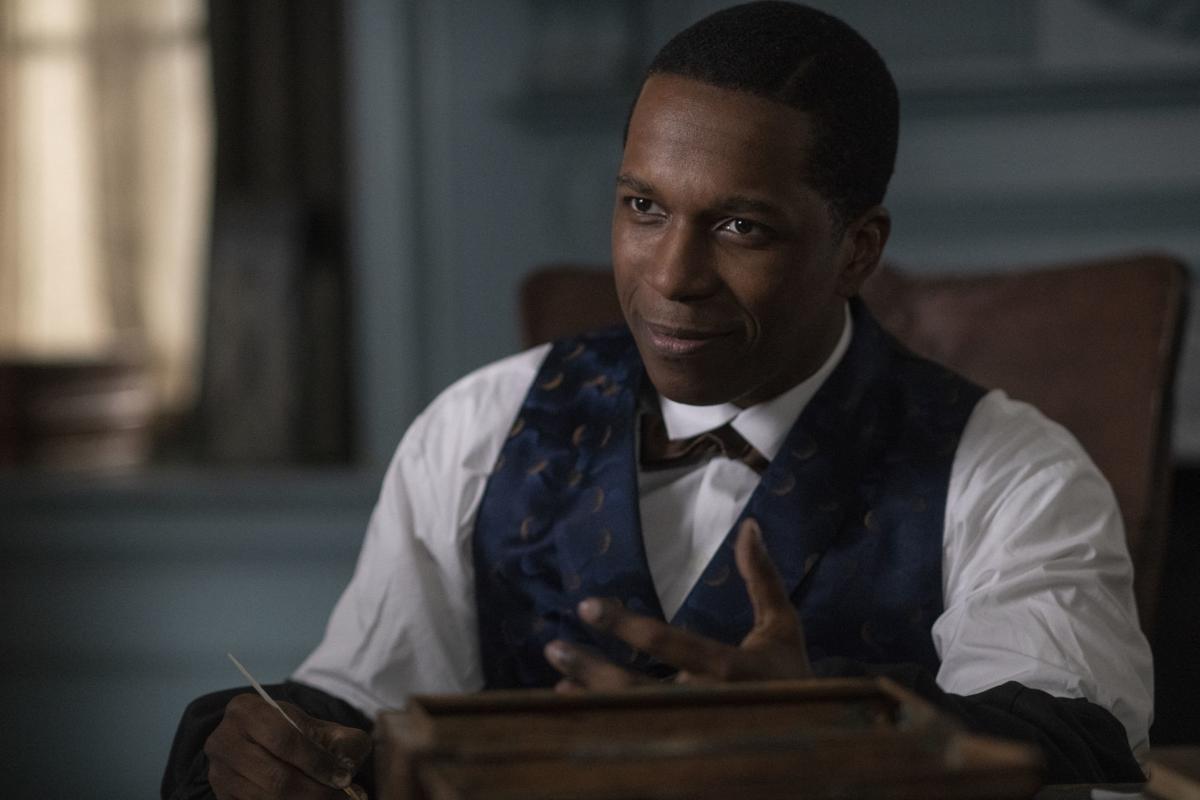 Filming in Virginia and feeling the presence of enslaved people linked cast and crew emotionally to Harriet Tubman.

British actress Cynthia Erivo (above), a star in the recent film “Widows,” plays Harriet Tubman in “Harriet.” Shot in Virginia, it’s the first feature-length film to tell the abolitionist’s story.

Night shoots. Rainy weather. Crossing rivers in the middle of the night.

“Harriet,” the new Focus Features biopic on Harriet Tubman starring Cynthia Erivo and Leslie Odom Jr., was filmed in Virginia last year from late July through November, during some of the most challenging weather conditions.

“We had a hurricane, a tornado, an earthquake and then it snowed,” said Andy Edmunds, director of the Virginia Film Office.

“Harriet” is the first feature-length film to tell the story of Tubman, the famous conductor of the Underground Railroad who led more than 300 slaves to freedom.

While filming in Virginia could be grueling, with lots of rain, mud and miserable weather, the cast and crew drew inspiration from Harriet herself and her own nearly 100-mile journey on foot to freedom.

“The crew would always say, ‘Think of Harriet and what she went through.’ And everyone would use that as inspiration to keep going,” Edmunds said.

Now, “Harriet” is headed to the Virginia Film Festival on Saturday before being released theatrically in select cities Nov. 1.

But, like any overnight success story, it was a project years in the making.

When Edmunds heard that “Harriet” was scouting locations in upstate New York last year, he reached out to one of the movie’s producers in early July, even though he knew it was already probably too late, asking, “Why didn’t you scout in Virginia? You know this is our movie. You’re breaking my heart.”

With Virginia’s historic settings, plantations and enormous collection of period backlots, Edmunds felt strongly that the movie was a natural fit for Virginia.

Kasi Lemmons, the New York-based film director best known for her work on “Eve’s Bayou,” hopped on a plane to Richmond in early July for a last-minute scouting session.

Edmunds picked her up at the airport at midnight.

“She asked, ‘What are you doing here?’” Edmunds said. “I told her, ‘I want you to know how much we want you to bring this type of project to Virginia. I think we can provide the best story and the best palette for ‘Harriet.’ It’s amazing the relationship you can build on a ride from the airport to the Quirk Hotel.”

The next day, they checked out locations across Virginia.

“I was seduced,” Lemmons said in a phone interview with the Richmond Times-Dispatch. “Virginia was so inviting. I started to really see the possibilities. I was feeling the vibe of Virginia. Within a day, I knew.”

By the end of the month, “Harriet” crews were arriving in Virginia, getting ready to start filming.

“It’s an amazing story,” Edmunds said. “It never happens this way. But in this case, it did.”

“Harriet” stars Erivo, from the film “Widows,” as Tubman, one of the most famous women in history, who was born a slave in Maryland, escaped to Philadelphia and later helped hundreds run to freedom.

The crew filmed all over Virginia last year; many of the plantation scenes were filmed around Berkeley Plantation in Charles City County. Petersburg stood in for downtown Philadelphia, and many rural scenes were filmed in Hanover and Powhatan counties.

The State Farm in Powhatan, where “The Good Lord Bird” is currently filming, served as the setting for many scenes. The white chapel on the hill plays a prominent role in the movie. Harriet’s legendary walk to freedom was also filmed on the Powhatan site.

But it’s hard to really see Richmond in the movie, which was Lemmons’ goal. She wanted her scenes to be fresh and unique to the movie.

Many of the scenes were filmed at night, with Harriet on the run, in the woods and through rivers.

Mike Marunde, a Virginia actor who’s had roles in the TV series “Legends & Lies” and is currently filming the upcoming Apple-streaming series “Swagger,” was cast as Harriet’s slaveowner, Edward Brodess, in the film.

“It was an intense experience and an intense role,” Marunde said. “A lot of things I can pull on from my own personal experience. But being an evil slaveowner, that wasn’t one of them.”

Actor Brian Landis, a North Side resident who has had roles in “Legends & Lies” and the Netflix movie “Juanita,” was cast as a marshal who almost catches Harriet when she’s on the run.

“There were so many night scenes. I was thinking how challenging that must have been as a director, to light it properly and make it look like moonlight,” Landis said.

Although he was on set for only one day, he said that Lemmons was a strong director with a clear vision and that he especially enjoyed meeting British actress Erivo.

“Cynthia often plays the role of the movie star [in real life]. She’s photographed as very glamorous and eccentric with great costumes and hair. Larger than life, almost. But when we were filming, she was very quiet and kind. She seemed really exhausted from the filming. She really laid it all out on the line for this role,” he said.

Their mom, Melissa Moore, said that on Facebook her friends sent her casting calls about how the movie was looking for twins.

She sent the casting agent a photo of the boys and almost immediately got a response. Seth had a small speaking role, which got the family their own trailer on the set near Berkeley Plantation, where they were filming for a week and a half.

When the boys turned 11 around this same time last year on set, Jennifer Nettles, a singer from Sugarland who stars in the movie, and Erivo sang the boys “Happy Birthday.”

“It was quite an experience,” Moore said. “We can’t wait to see it on the big screen.”

Although film reviews for “Harriet” have been mixed, with some reviewers criticizing the film for being too formulaic, the production was favorable for Virginia, with an economic impact of roughly $30 million for the commonwealth.

The total payroll for “Harriet” was $11.3 million, according to Edmunds. The film brought 284 Virginia technical crew hires and created 829 Virginia job opportunities.

“To get a movie of this size and scale to come to Virginia is the result of years of building relationships,” Edmunds said.

Lemmons describes “Harriet” as a freedom film, rather than a slavery film.

In the movie, Harriet’s rallying cry is, “Be free or die.”

Tubman suffered a serious head wound when she was young at the hands of her slave owner and experienced pain and dizziness for the rest of her life.

In the movie, that injury led to visions where Tubman believed that God was speaking to her, guiding her route to freedom.

To Lemmons, Harriet is an American Joan of Arc.

“I was drawn to the mysticism. It was so integral to the story,” Lemmons said, adding that she felt almost a spiritual connection to Harriet throughout the filming.

That link was tied to filming in Virginia as well.

“It was profound and emotional for the cast and filmmakers to know that this location had the tragic history and presence of enslaved people,” Edmunds said. “To be filming on this site, that spirit was present. This gives the film immeasurable authenticity.”