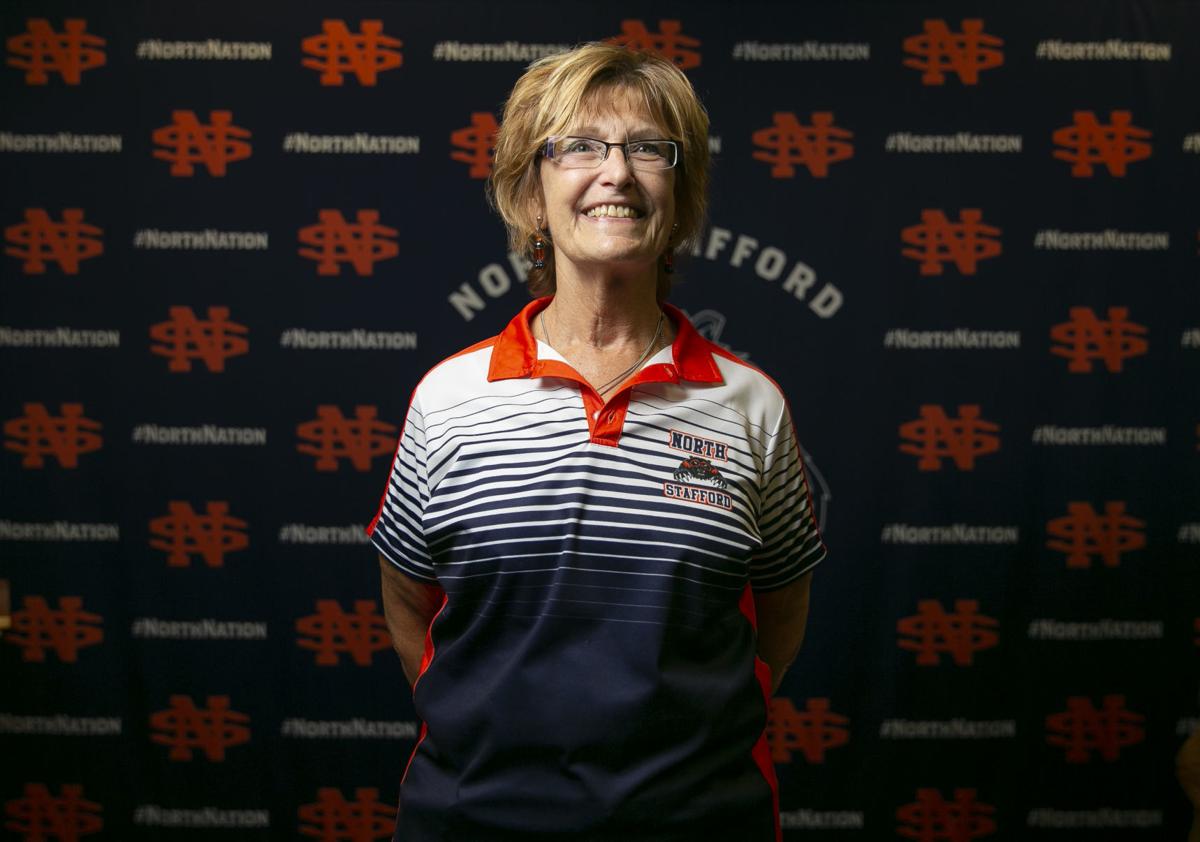 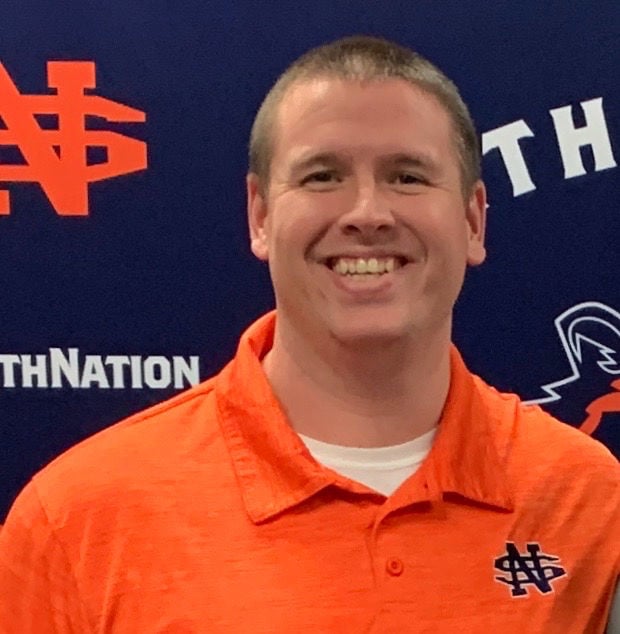 The bulletin board in Helene Hall’s office is studded with Sticky Notes.

Each brightly-colored square corresponds to a different deadline for Hall, who handles the daily operations of North Stafford’s athletics department as an administrative assistant.

And there’s plenty to keep track of.

“We do so much that it just becomes habit after a while,” she said.

On home game days, Hall prepares the money boxes, helps sell tickets at lunch and makes sure all the workers are ready for their duties that evening.

“It almost consumes the whole day,” she said.

Following a nine-year career in the Navy, Hall returned home to raise her sons. She worked in the library at AG Wright Middle School before former North AD Margaret Lowry hired her for her current role in 2005.

Back then, Hall knew “pretty much not much” about sports. She’s spent the past two decades learning not only Xs and Os—but how to build relationships with coaches, athletes and other schools’ AD offices.

“She has that personal touch that really allows the coaching staff to feel at home,” Wolverines athletic director Mark Coleman said. “She’s an invaluable asset to the program.”

Hall’s work is mostly done by the time she walks to A.J. Slye Memorial Stadium on game days. She times her arrival before spectators, just as the pregame music starts pumping over the sound system.

For once there’s no paperwork, no deadlines tracked diligently with sticky notes. Just a brief opportunity to reflect.

“It moves my soul and fills me with pride and joy what we’ve built here,” she said.

Devyn Ford took his record-setting act to Penn State, but his replacement at running back, sophomore Tevin White, “looks the part,” according to head coach Neil Sullivan. Free Lance–Star player of the year Jamir Boyd returns at quarterback and has at his disposal a dynamic receiver tandem in seniors Javon Swinton and Holt Egan. Seniors Nick Woodard and Channing Purvis give North Stafford the flexibility to line up White in the slot. Junior guard C.J. Van Buren, whose father played in the NFL, had a great camp, according to Sullivan.

Three-year starter Trayvon Smith provides a versatile presence at defensive end. Junior linebacker Dwayne Williams, a second-team all state selection who recorded 100-plus tackles last season, is “made of fast-twitch muscle fibers,” says Sullivan. Swinton will line up opposite opponents’ best receivers as a lockdown corner, while the Wolverines seek a replacement at safety for Shawn Asbury, who tore his ACL in February. One emerging candidate is senior Joe Gallagher.

Eduardo Ambriz and Austin Owens are battling it out for kicking duties, while White will remain in the backfield on fourth down as the Wolverines’ starting punter. Woodard, a standout lacrosse player, Swinton, and Purvis will split reps in the return game.

Joe Mangano stepped down as head coach following a run to the Class 5 state semifinal and the role fell to Sullivan, his longtime defensive coordinator. Asbury’s injury notwithstanding, the Wolverines still boast an assortment of college-caliber athletes, and anything shy of another deep postseason run will be considered a disappointment.