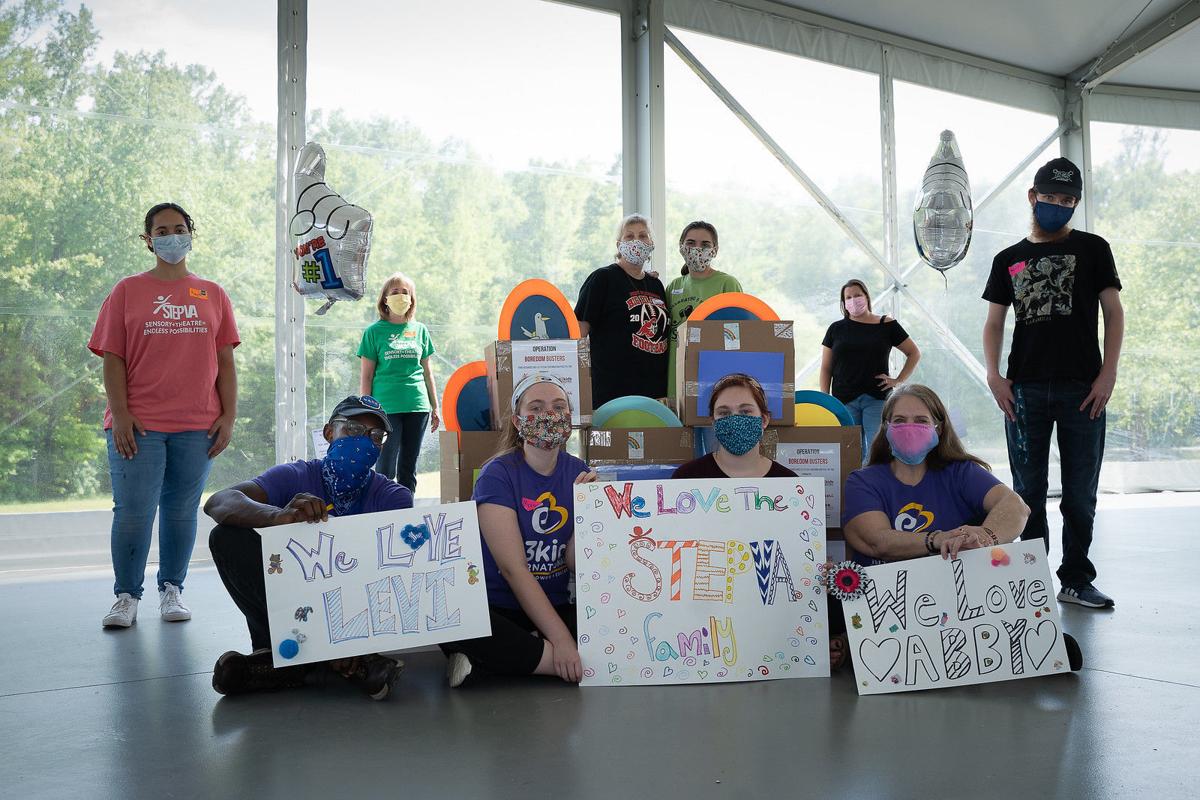 Volunteers with STEP VA and e3 Kids International prepare to set out on Operation Boredom Buster. 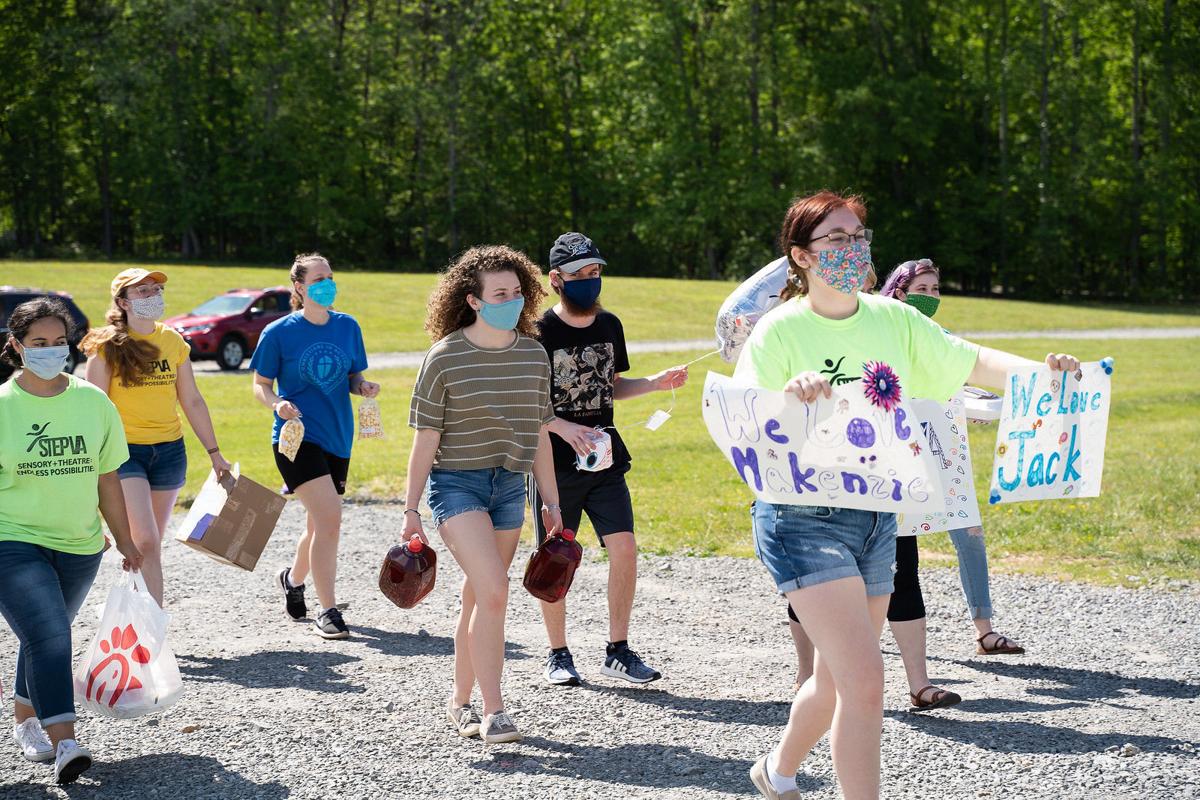 Volunteers with STEP VA and e3 Kids International prepare to set out on Operation Boredom Buster.

It arrived with a cacophony of car horns honking. A delivery train 10 to 15 cars long, most of them decorated, wound its way through select neighborhoods across Fredericksburg, and Spotsylvania and Stafford counties. The destination: the homes of individuals with disabilities. The contents of the train: Boredom Buster kits, courtesy of e3 Kids International and STEP VA.

“I knew they were coming but I had no idea [my son] was getting a mini parade from our wonderful friends at STEP VA,” Unita Cheesman wrote on Facebook after the group stopped at her apartment to drop off a box.

Once at a location, people poured out of the cars. They put on masks and started unloading. Bags of Pop Pop’s Kettle Corn from one car, a Chick-fil-A nugget tray from another, the iced tea had its own ride. A third car had cupcakes from Sweet Reasons, and from the trailer near the front, a box with the recipient’s name on it, filled with activities specifically chosen for them and their family. Each box was accompanied by a helium balloon—weighed down by a roll of toilet paper.

Operation Boredom Buster, as delivery came to be called, was the brainchild of Morgan Turner, who, along with her sister and her mother, has been involved with two local 501(c)(3) nonprofits, STEP VA and e3 Kids International, for several years.

E3 Kids International typically serves children on an international scale, helping communities obtain clean water, orphan care, education and library services. The global pandemic has brought its work to a halt, but Morgan realized the work the group had been doing overseas could benefit local families in need, families of individuals she’d worked with through STEP VA Inc., which “empower[s] people with special needs through artistic expression and sensory exploration.”

The Turner family knew many STEP VA participants were struggling—some on several different levels—with the closing of schools and businesses they depend on for structure or support. Being ‘bored’ is just the tip of the iceberg for some of the families, and Morgan approached her mother, Carol, to address the situation.

“Some of the items we had collected or prepared to go to Africa can be used just as well by families here,” said Carol Turner, e3 Kids International founder and executive director and STEP VA outreach director.

The Boredom Buster kits consisted of much more than what e3 Kids International had collected for families overseas. With $275 in donations from local Target stores, boxes of activities for 26 families were compiled. A local Chick-fil-A donated meals, and other local businesses joined in, providing snacks and treats.

STEP VA and e3 Kids International supplied the muscle—and the fun. A few Boredom Buster kits were handed out before Saturday’s delivery train, including to a few families fostering children with disabilities, but the majority went out with all the hoopla one can expect in a COVID-19 inspired train or parade. Under Saturday’s warm blue sky, 17 volunteers from both e3Kids International and STEP VA gathered and, joined by B101.5’s Bill Carroll, began the trek across more than 50 miles, to make a difference for families. And there’s no doubt that they made a difference.

After all the boxes were delivered and everyone returned home, Jan Monroe, STEP VA executive director received a text from Keri Walker. One of Walker’s daughters received a box, one of the first of the day, before Walker and both of her girls joined the delivery team. At the end of the day, Walker said her younger daughter, Mackenzie, was thoughtful about the adventure.

“Mackenzie’s last words as she laid down to sleep…‘Thank you for giving me this beautiful day.’ ”