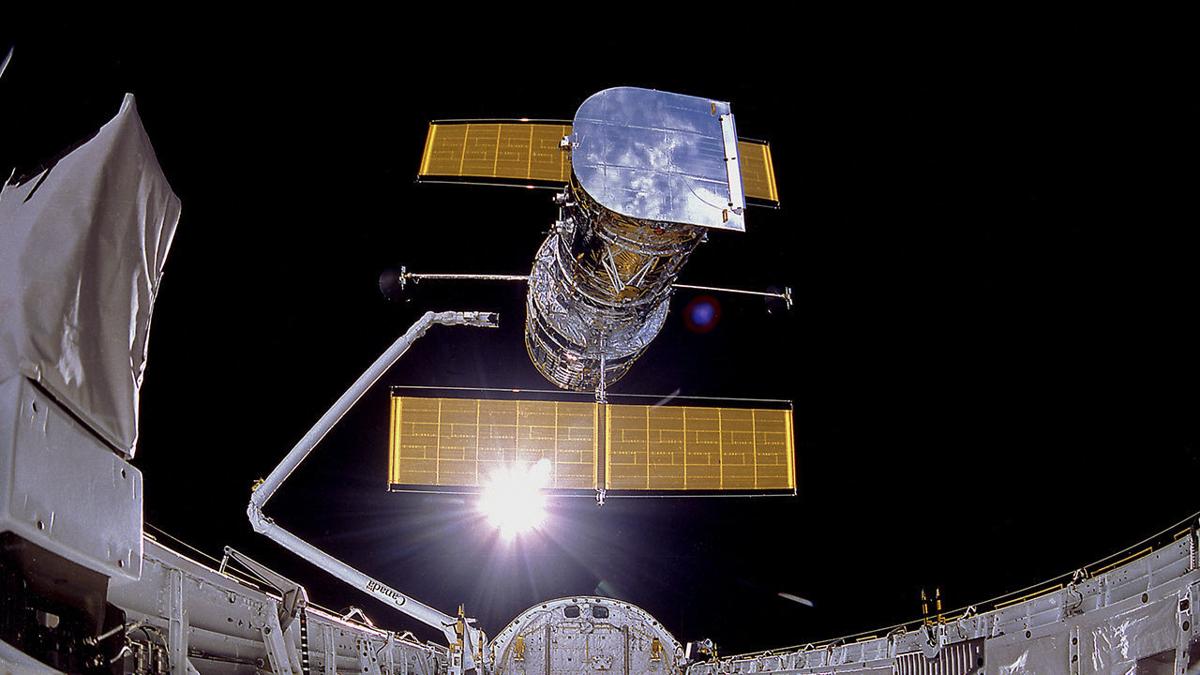 The Hubble Space Telescope is released from Discovery on April 25, 1990. 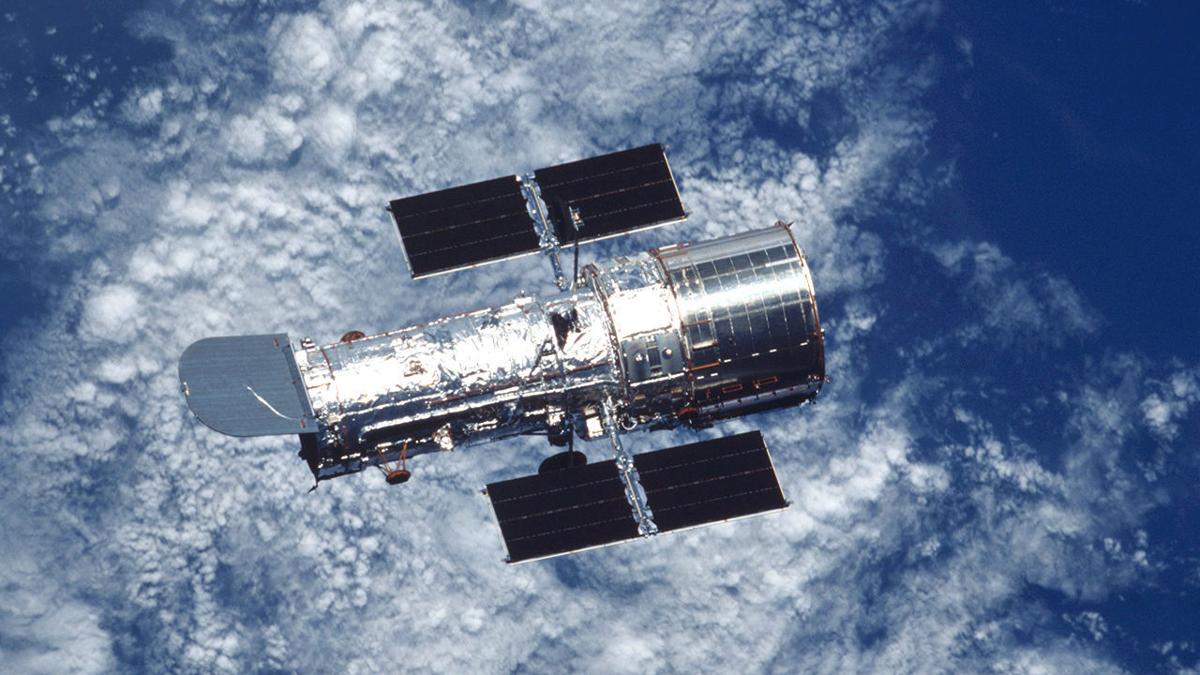 The Hubble Space Telescope floats against the background of Earth in 2002.

The Hubble Space Telescope is released from Discovery on April 25, 1990.

The Hubble Space Telescope floats against the background of Earth in 2002.

THE MOST iconic telescope in the world turns 30 years old this month.

The Hubble Space Telescope, an orbiting observatory in space, was launched into orbit April 24, 1990. It has provided the greatest advancements in astronomy since the invention of the telescope over 400 years ago.

While the HST is not the largest telescope ever built, its position 380 miles above Earth’s surface with no obscuring atmosphere to limit its vision has given us unprecedented views of the universe like no ground-based observatory before it. While its first few years of operation were limited due to a mirror flaw, a repair mission carried out by Space Shuttle astronauts in 1993 restored its full capabilities. Subsequent missions added new features and made repairs to extend and enhance its operation.

Thumb through any astronomy or science text book and you will likely see stunning and spectacular photos taken by the HST. Its photos have also been featured in product advertisements, magazines, movies and on clothing. It has photographed thousands of objects, including but not limited to our solar system’s planets, planetary satellites, exoplanets, comets, star clusters, star-forming regions, dying stars, distant galaxies and other exotic objects that may have been classified as science fiction before Hubble spotted them.

The HST has provided groundbreaking discoveries including revising the age of the universe to 13.7 billion years old, seeing galaxies at the edge of the known universe, finding black holes in the center of galaxies, spotting four of Pluto’s satellites and uncovering the first organic matter on an exoplanet outside of our solar system. The HST should last through at least 2025 if all of its systems continue to operate properly. Until then, it will continue to provide more surprises about the universe we could not have imagined without it. Learn more about the HST at nasa.gov/hubble.

Earth Day 2020 occurs on April 22, marking its 50th anniversary. See next month’s column for Earth facts you should know.

David Abbou of Stafford County is a volunteer for the NASA/JPL Solar System Ambassadors Program and is a member of the Rappahannock Astronomy Club. Contact him at davidastronomy@comcast.net.