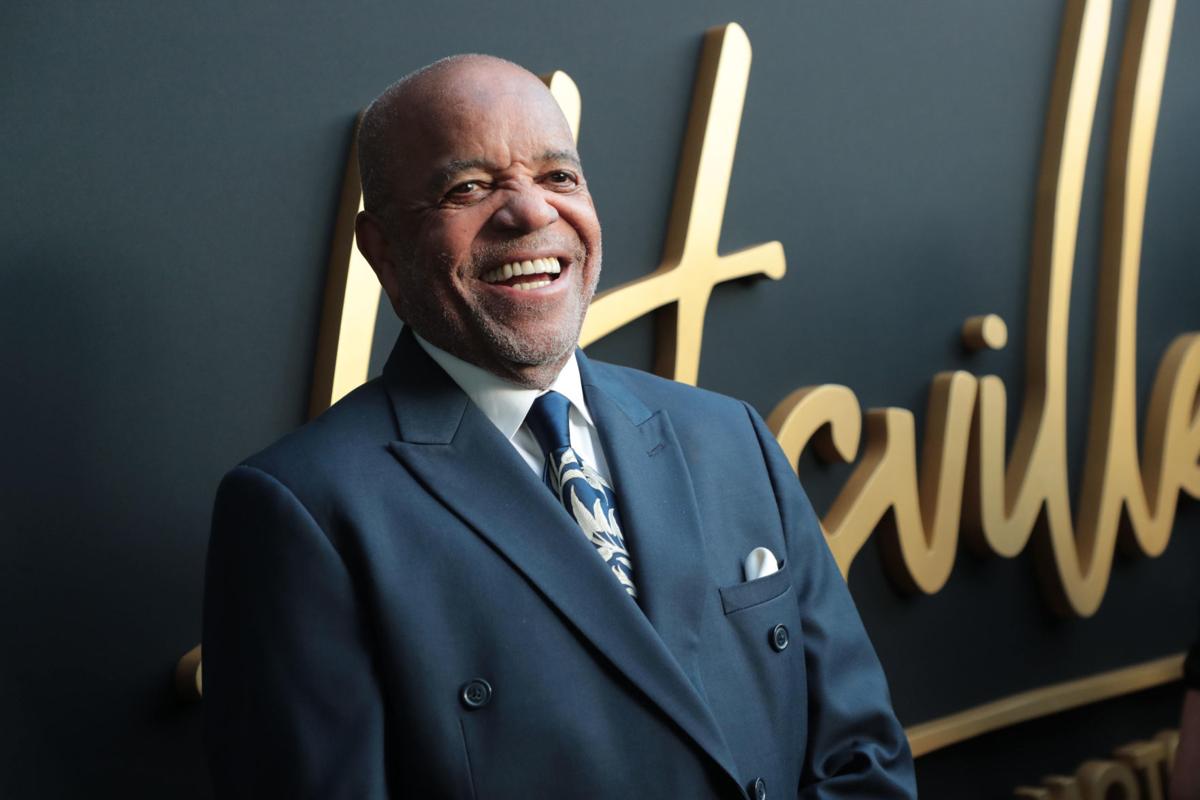 Berry Gordy attends the première for ‘Hitsville: The Making of Motown,’ a new documentary. 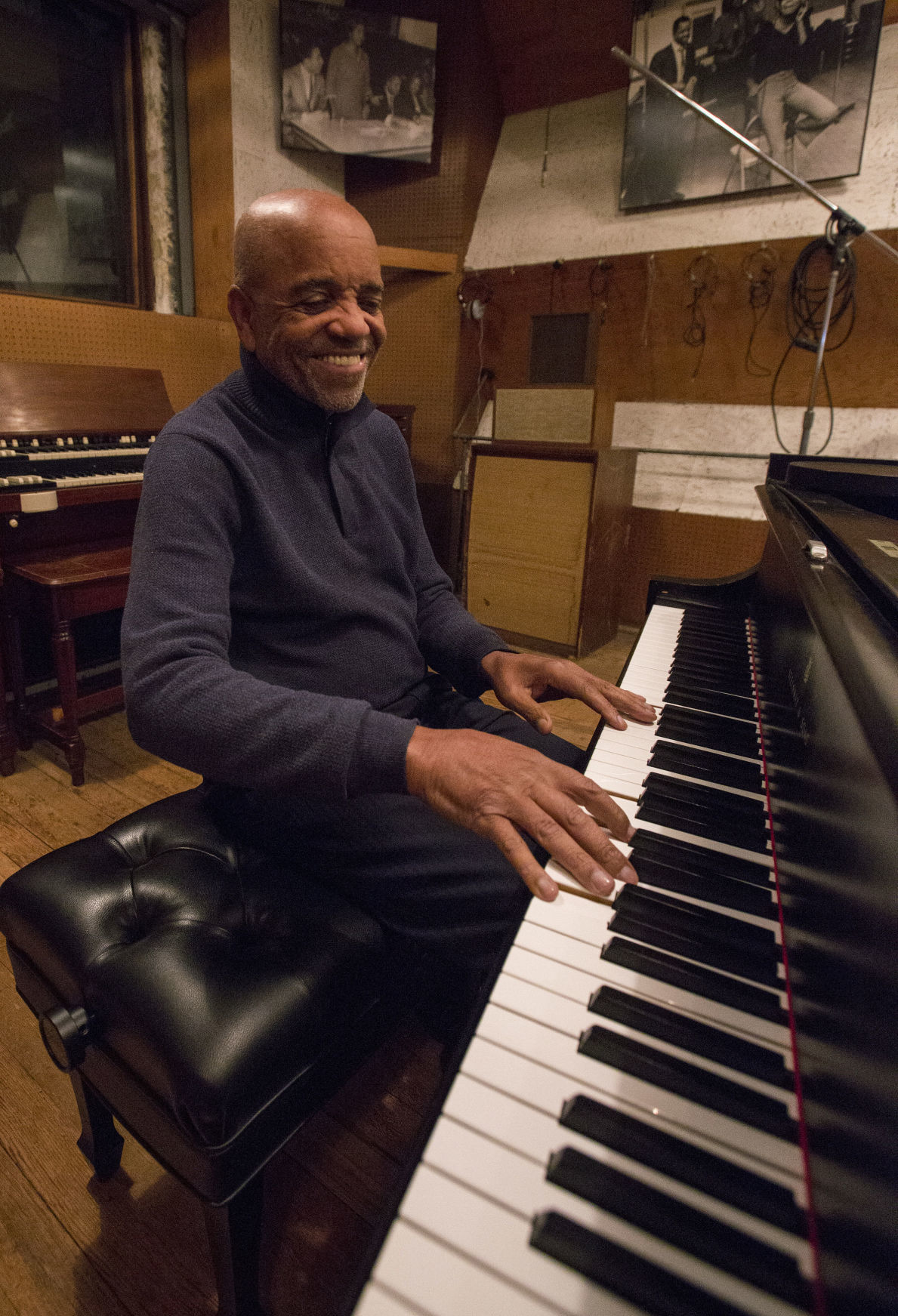 Berry Gordy in HITSVILLE: THE MAKING OF MOTOWN.

Berry Gordy attends the première for ‘Hitsville: The Making of Motown,’ a new documentary.

Berry Gordy in HITSVILLE: THE MAKING OF MOTOWN.

Almost every generation has a

few chosen souls who are uniquely right for their time, men and women who take whatever is already there to the next level.

Alexander Graham Bell found a way to improve upon the telegraph and came up with the telephone.

Henry Ford did not invent the automobile, but by developing a system of mass production, he made the horseless carriage affordable for the common man.

The computer was around long before Bill Gates, but in the 1980s he helped develop one that the average person could use in his home.

Bell, Ford and Gates came up with ideas that brought people together and this fact is almost as important as their mechanical achievements.

The telephone allows us to communicate with our loved ones, the automobile brings us home to our families and the computer allows us to stay in touch with friends and family worldwide.

One man who helped bring us together in the 1960s was Berry Gordy, and his contribution to that turbulent decade should not be overlooked. In his own way, he helped bring blacks and whites together at a time when violence and hatred threatened to push Americans further apart.

There is a documentary now being shown on Showtime that every American, black and white, should watch. In “Hitsville: The Making of Motown,” Gordy explains just how one of the most dominant record labels of the 1960s (and all time) came to be.

I visited Gordy’s old studio in Detroit during summer 2018, and learned a great deal about the making of the music I played nightly as a disc jockey back in the 1960s. I left that museum wanting to know more, and “Hitsville” quenched my thirst for further knowledge.

The Gordy family migrated to Detroit from the South and his parents became successful business people.

American society today does not place as much emphasis on the traditional family as it did in the 1940s and ’50s, and that is sad, because Gordy explains that it was his family that taught him how to run a business. Money earned by all went into a common pot and any purchase other than necessities was made only with the approval of the majority of family members.

In fact, when Gordy wanted $1,000 to begin his record business, his family voted to lend him only $800. With a family like that, how could he fail?

Gordy explains that he did not make music for black people or white people. He made music that all people could relate to and enjoy. He took singers off the street and with grooming and training turned them into nationally known acts.

The Temptations, the Supremes, Smokey Robinson and the Miracles, Mary Wells, Marvin Gaye, Stevie Wonder, the Jackson 5. They were all Motown acts discovered and nurtured by Gordy.

He put together a house band of imaginative and innovative musicians and developed his own stable of songwriters, men who put out hit after hit.

He ran his business as his parents had raised their family—with love but with rules and restrictions. And no record was ever released on any of the Motown labels without the consensus of the group as a whole.

It was not race that motivated Gordy. It was money. If he created music that every segment of America would buy, both he and the artists he promoted would prosper. And they did.

Gordy explains, in fact, that he was often criticized by the black community for hiring white people to work in a predominantly black company. He says he didn’t care about color. He just wanted the best person for that particular job.

The Motown Sound was an important part of bringing the races together in the 1960s. It was not white music and it was not black music. It was good music—some of the best ever recorded—and we all loved it.

In fact, we all still love it. Seldom do I sit down with the guitar that I don’t play at least one Motown tune.

In this day of high-tech recording, it is hard to believe that the Motown sound was produced in a small studio that used the upstairs bathroom as an echo chamber.

And it is hard to believe that so much talent could be developed in so short of time by one independent record label in the middle of a city known for automobiles, not music.

If you get the chance, watch “Hitsville: The Making of Motown.” If you like music or you just appreciate entrepreneurship, you’ll love it.

And the Motown Museum is in itself worth a trip to Detroit.

Berry Gordy has proven to be a man for his time.