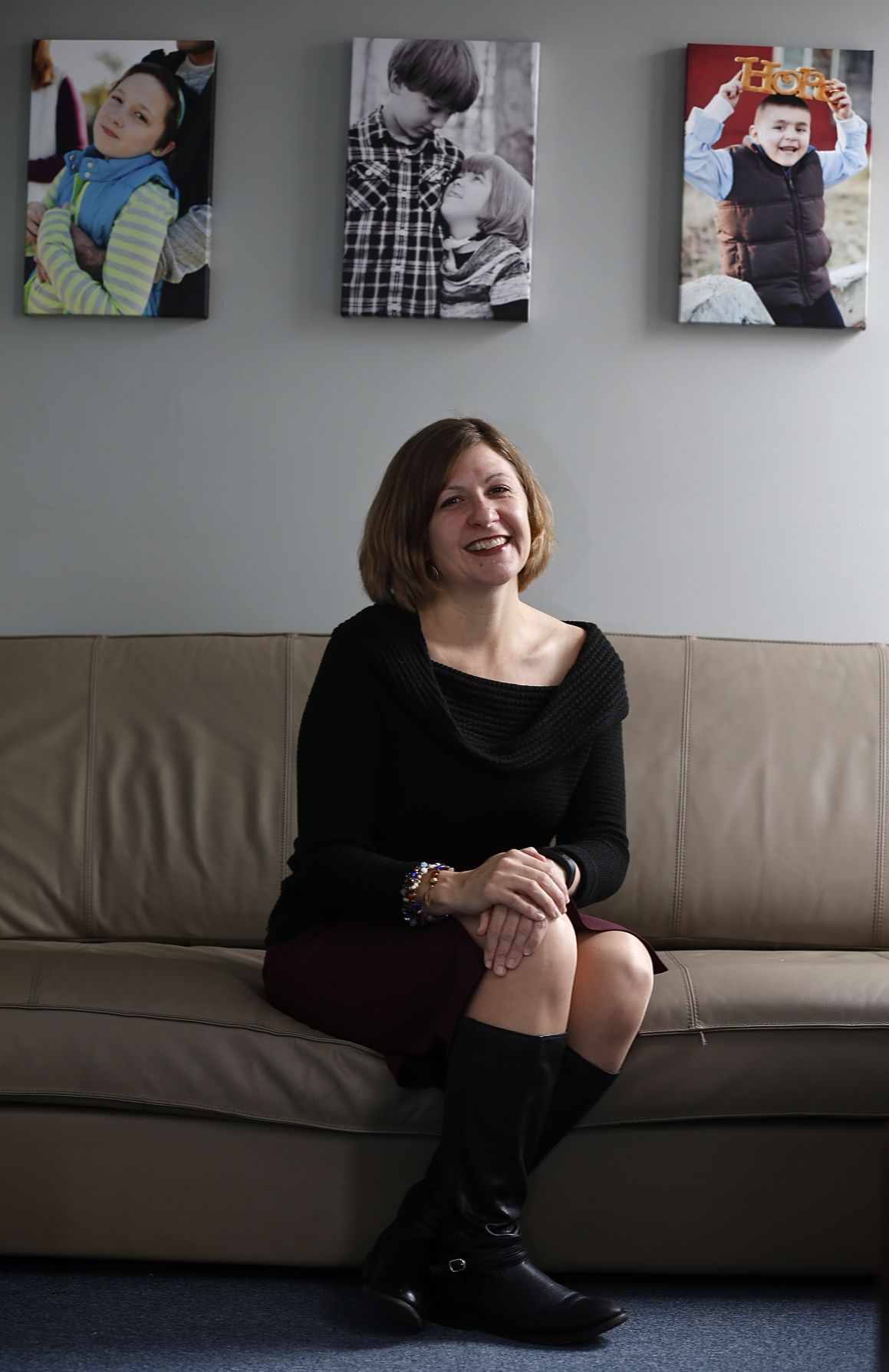 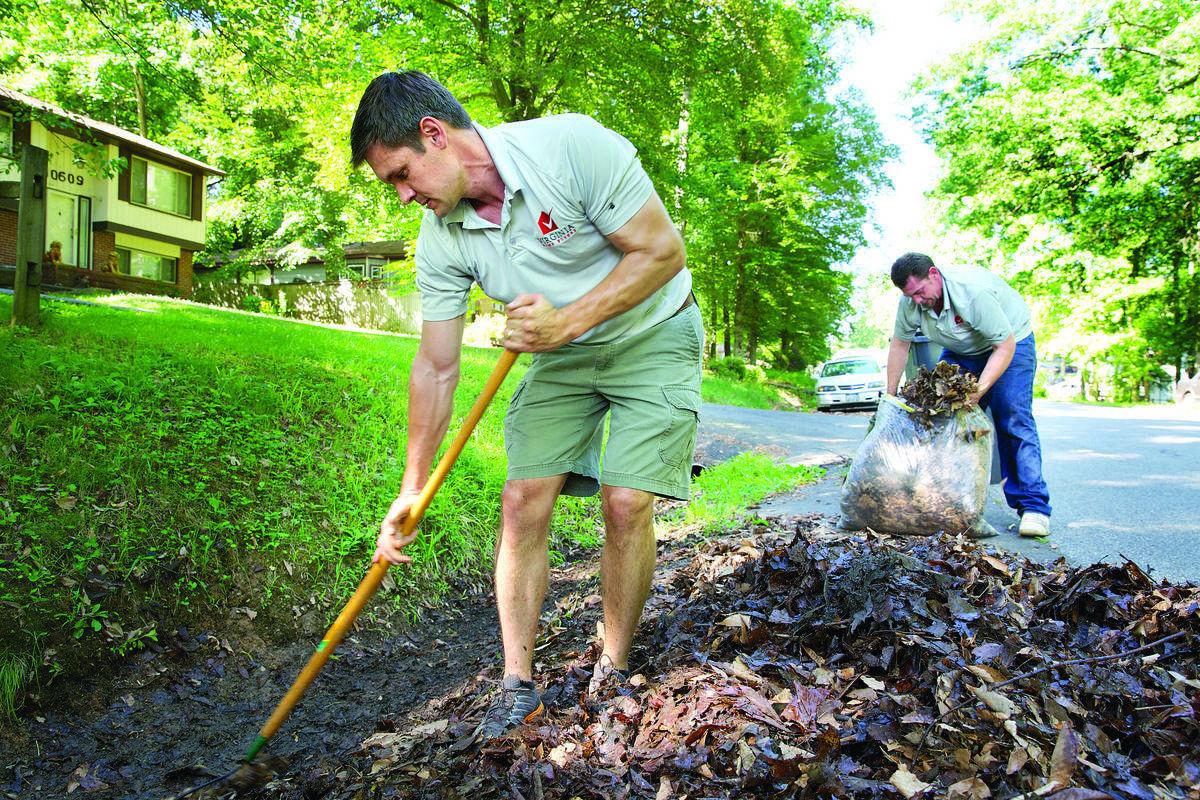 Melanie and Lily Noakes, in a Fairy Godmother Project photo. 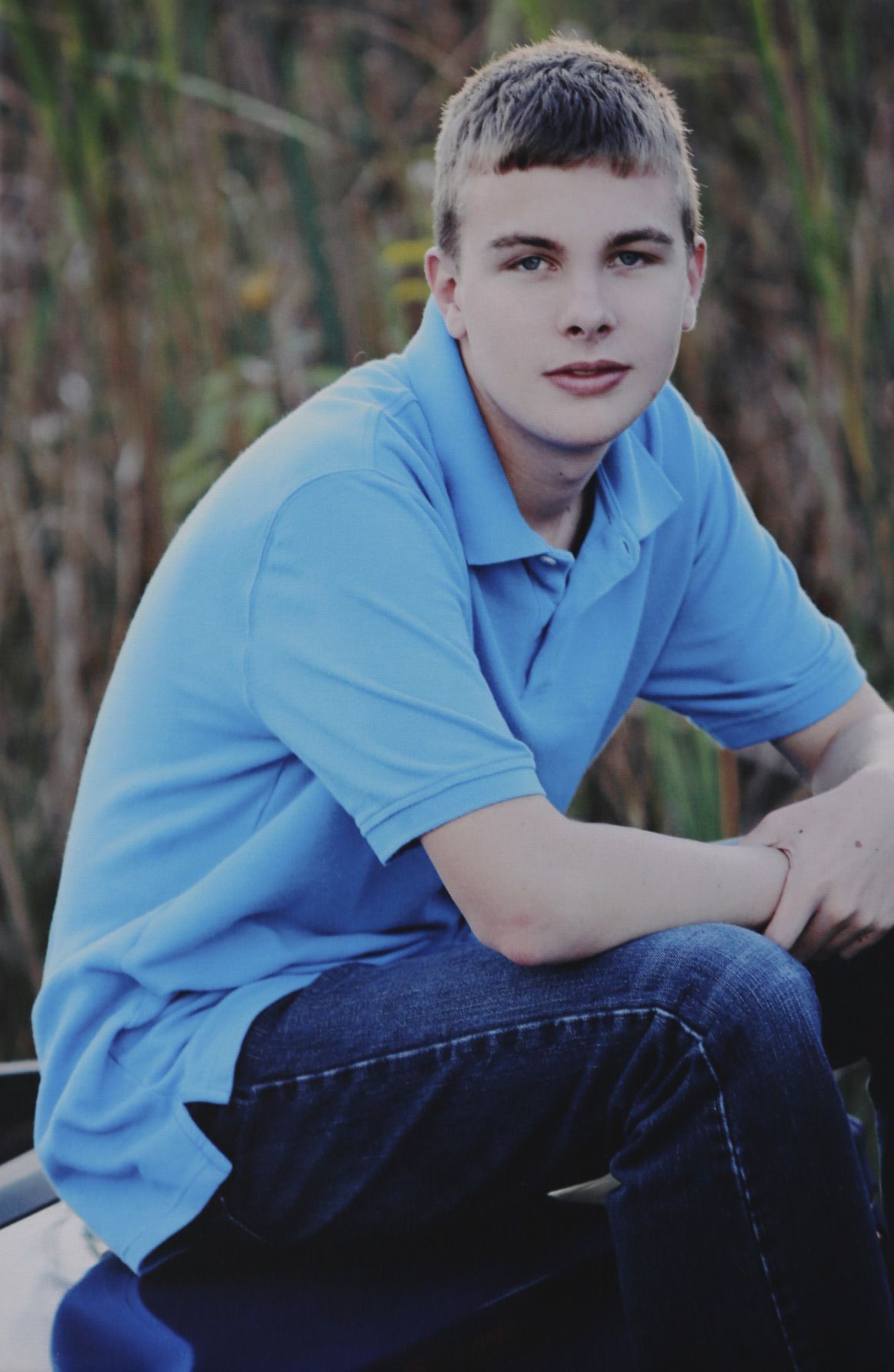 David Pearson died in May 2012. He was served by the Fairy Godmother Project. 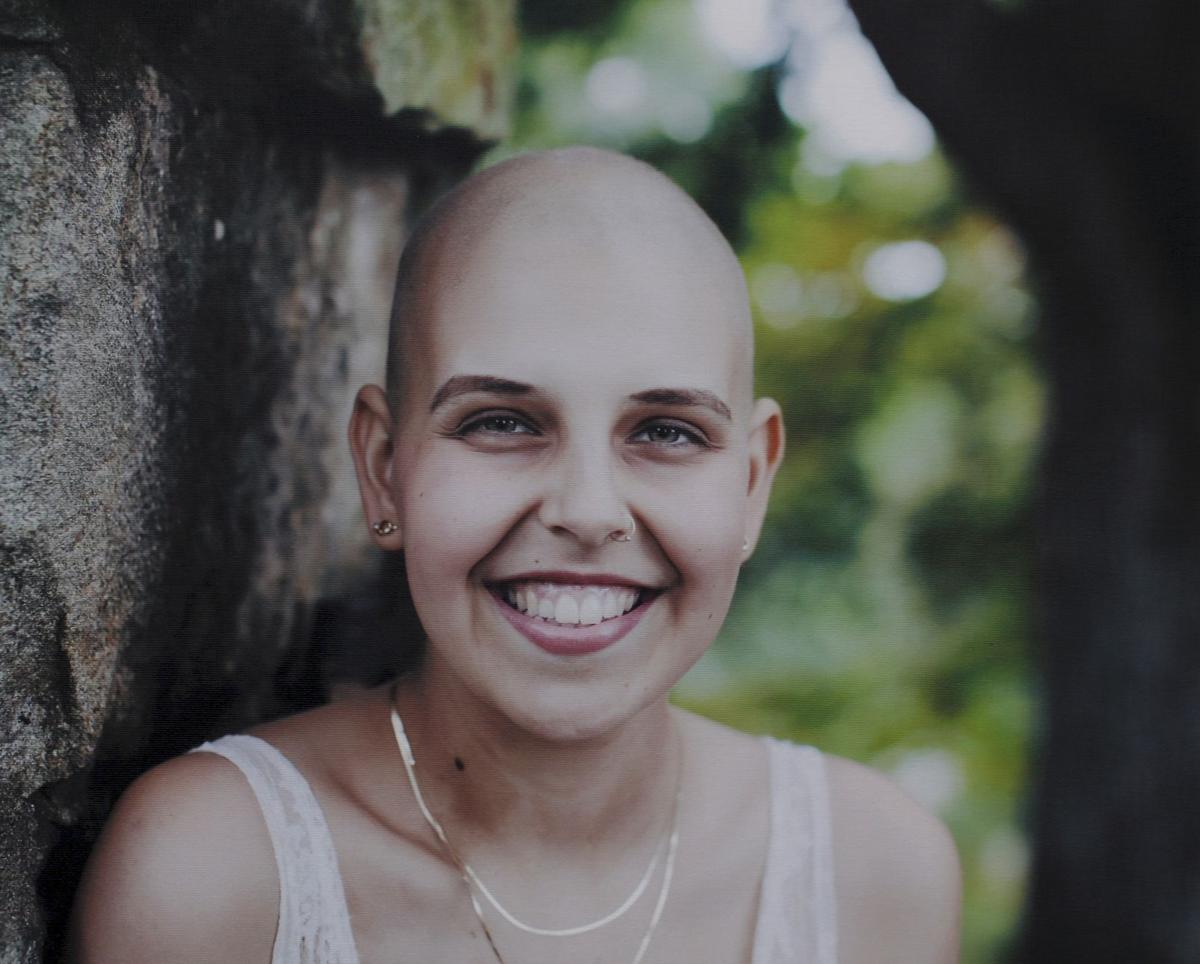 Ceili Leahy died January 2016. She was served by the Fairy Godmother Project. 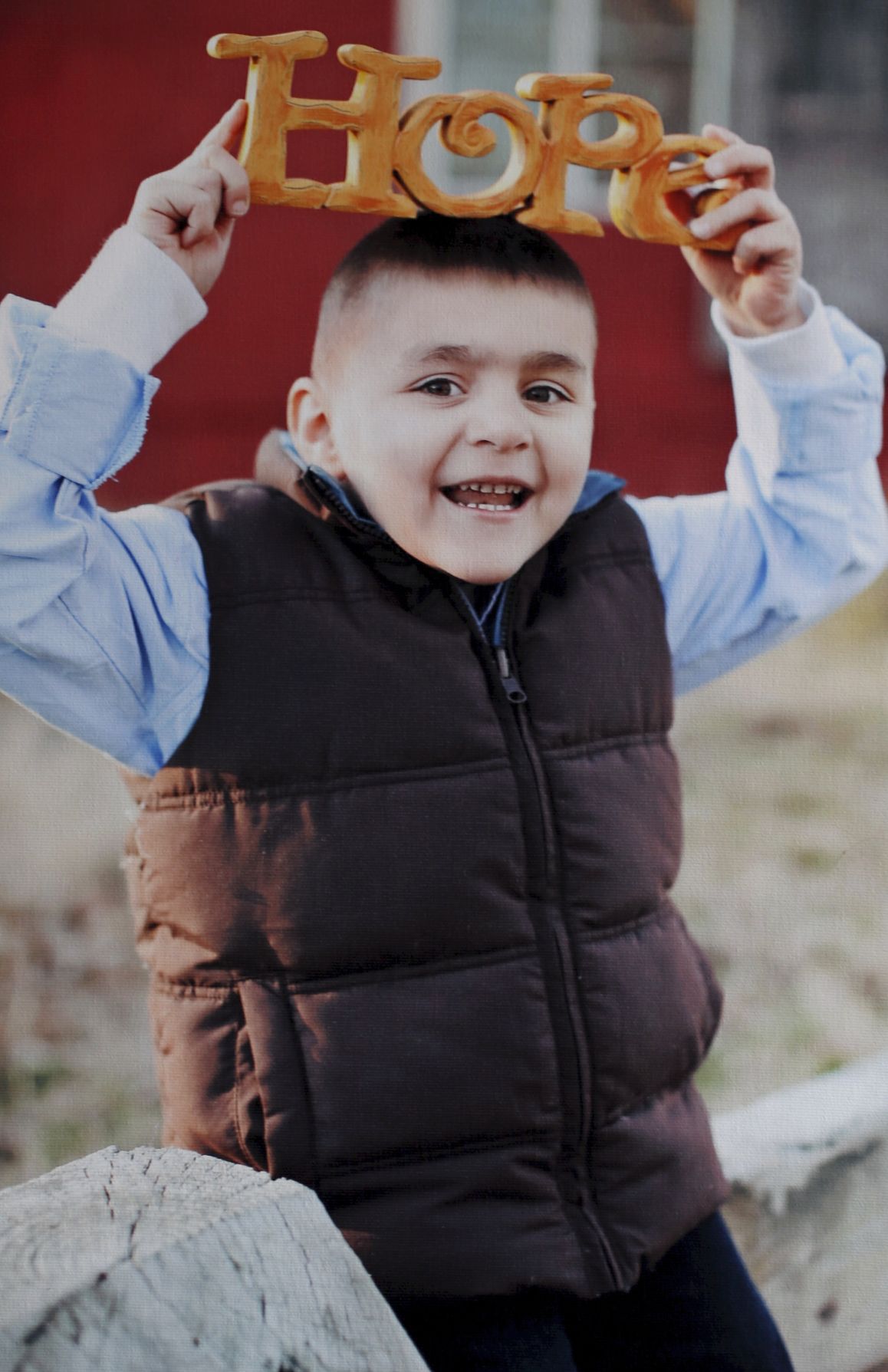 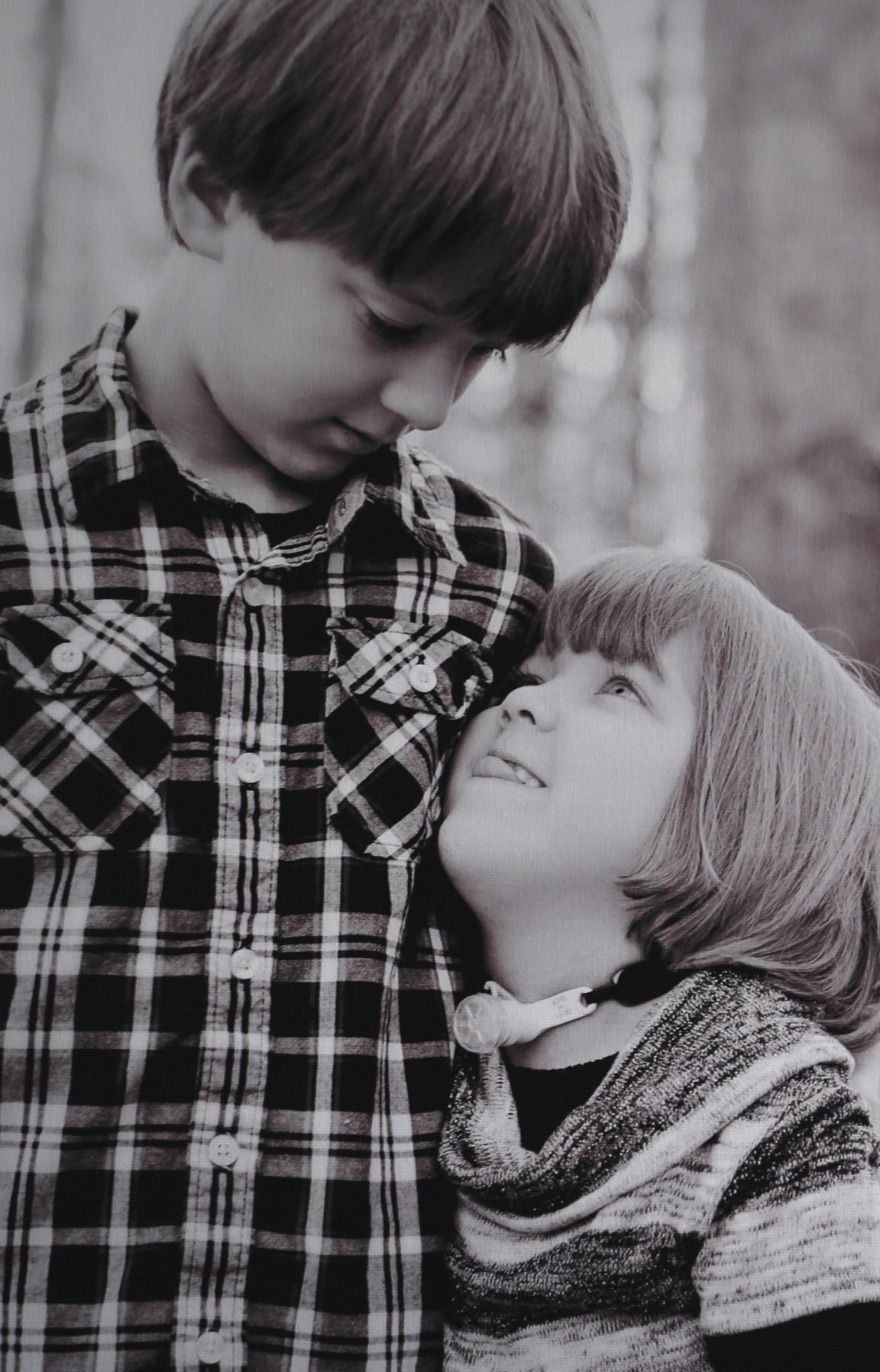 Lily Noakes (right) pictured with her brother, Landon Noakes, died January 2015. She was served by the Fairy Godmother Project. 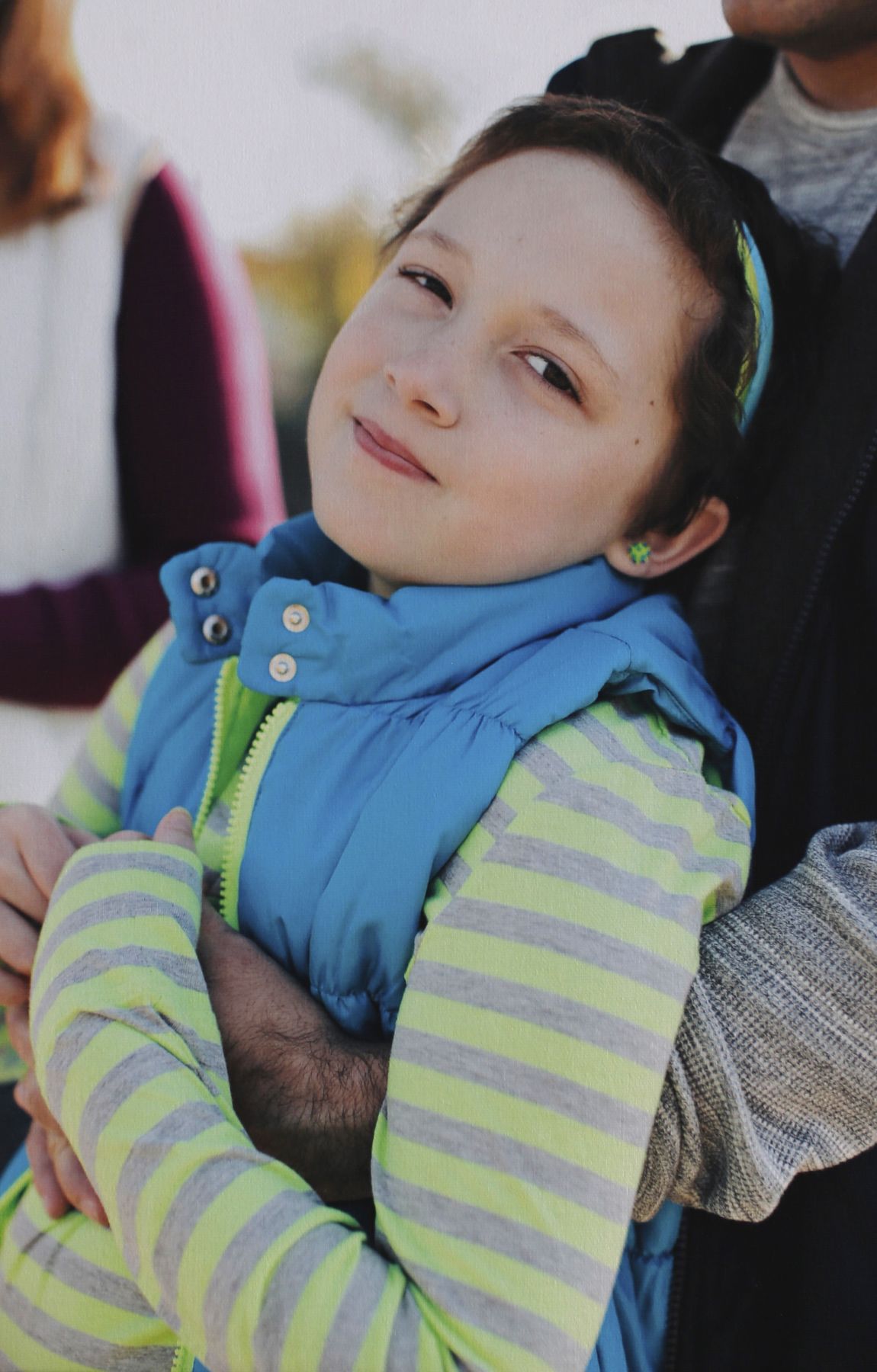 Jordan DuPriest died in November 2013. She was served by the Fairy Godmother Project. 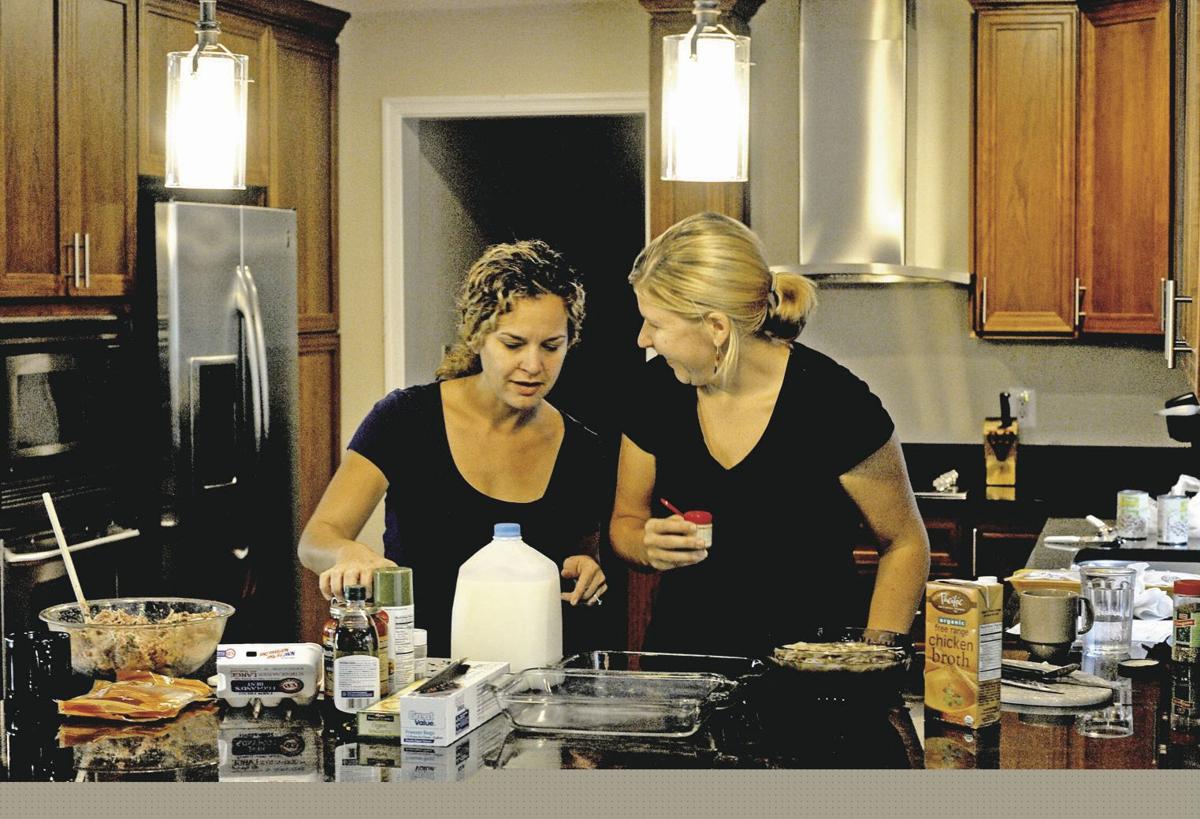 Stephanie Johnson and Andie McConnell in 2011 preparing meals for families.

Melanie and Lily Noakes, in a Fairy Godmother Project photo.

David Pearson died in May 2012. He was served by the Fairy Godmother Project.

Ceili Leahy died January 2016. She was served by the Fairy Godmother Project.

Lily Noakes (right) pictured with her brother, Landon Noakes, died January 2015. She was served by the Fairy Godmother Project.

Jordan DuPriest died in November 2013. She was served by the Fairy Godmother Project.

Stephanie Johnson and Andie McConnell in 2011 preparing meals for families.

When doctors said there were no options left for 7-year-old Lily Noakes, a spunky and spirited first-grader who battled brain cancer for six years, her family prepared for the end.

Lily’s parents, Melanie and Eric Noakes of Stafford County, invited Andie McConnell into their home. She’s the executive director of the Fairy Godmother Project, a Fredericksburg area nonprofit with a mission far more serious than the one in the story of Cinderella. The group supports families with children with cancer.

Melanie Noakes and McConnell had become friends during the years that volunteers had worked with the family, offering meals and gas gift cards and sending teams to clean the house or rake leaves.

Lily’s mother knew McConnell hadn’t experienced a little one’s last days. If she did, Melanie Noakes thought, maybe she could use that knowledge to help other families even more.

McConnell agreed, even though the thought terrified her.

“The prospect of watching someone’s child die, oh my gosh, I was scared to death,” McConnell said.

As it turned out, McConnell took what she observed Lily’s deathbed and developed a blueprint for a new mission called the Stargazers Program. Volunteers assist with everything from planning funerals to running errands so families can get in every last minute possible with their children.

When McConnell proposed the plan to her eight-member board, just a few days after Lily’s death on Jan. 23, 2015, board member Jeremy McCommons looked across the table and said: “This is it, Andie. This is what we should be doing for the families.”

McConnell and Stephanie Johnson, a professional photographer, started Fairy Godmother in 2011 to give families the support they needed during the darkest days of their lives. Both knew parents of children with cancer and were shocked that not all their friends came to their aid.

Some even disappeared altogether.

The women decided they’d fill in the gaps. Johnson organized a group of photographers to provide individual and family portraits, and McConnell began rounding up volunteers to cook meals, do housecleaning or raise money for gas gift cards or to help with bills.

More than five years later, the group has become the go-to agency in the region for families in this situation, as evidenced by those helped by the group.

“The Fairy Godmother Project is one of the best things that’s happened to us,” said Tiffany Collins in June 2015, as volunteers did yard work around her Spotsylvania County home. She and her husband, Corey, had been devoting all their energy to Kadric, 4, and his baby sister, Callie. Kadric was 17 months old when he was diagnosed with leukemia.

“Cancer is a lot of dark clouds, but it’s also a lot of silver linings,” said John Leahy, as his daughter, Ceili, 19, battled cancer and leukemia. She eventually decided to stop treatments so she could enjoy her last days and died on Jan. 27, 2016.

Before her death, he said in a video that “the Fairy Godmother Project has been a really great silver lining, a wonderful gift. It gave us a lot of time to be able to enjoy each other’s company and love life.”

“Our community is very blessed to have it, because in a lot of communities, these poor families have nowhere to turn,” said Ashland Evans, manager of Mary Washington Hospice. He and McConnell have collaborated on ways to complement—not duplicate—what each group does. “The Fairy Godmother Project is a gem.”

Five years after the Fairy Godmother Project’s creation, the group has more than 80 volunteers and a $300,000 annual budget. Volunteers get involved with families soon after a diagnosis and help as long as two to three years, depending on how long a child is treated.

The project provides about $6,100 worth of services each year, per family. That includes help with bills twice a year, if needed. In recent times, the group has served 16 families each year.

McConnell has been receiving a salary since 2015, and the group has another full-time employee and an office off William Street in downtown Fredericksburg.

It’s gotten some grant money, but most donations come from local individuals and businesses. Some financial gifts are in memory of loved ones; other people assist the godmother cause by supporting its biggest fundraiser, an annual formal ball.

The group continues its original goal, but its mission has been formalized and its processes streamlined. Those who volunteer to work with families go through background checks, and McConnell asks all potential volunteers what they would—or wouldn’t—like to do.

Some are perfectly suited to be “lead volunteers,” the primary contact for families. Others prefer to do office work or lawn chores.

The group just got a $10,000 grant from New York Life Donation and the National Alliance for Grieving Children. With that money, McConnell will hire a licensed clinic social worker to train volunteers to help families through the final process. Funds also will be used to put together a training video.

Every person who goes through the training probably will hear about Lily Noakes and the impact her last days had on the Fairy Godmother Project.

Lily had completed a clinical trial in September 2014, when doctors said there wasn’t anything else they could do. McConnell started visiting regularly, each time bringing coffee for the mom and an eclair for the dad.

She also tried to engage Lily, asking on every visit if she could tell a story. When Lily finally agreed, the two started a ritual in which they passed Lily’s Curious George monkey back and forth between them. They began each short tale with “Once Upon A Time” and finished it with “The End.”

McConnell also heard stories about Lily, a daddy’s girl who loved to sing with her mother and play with her big brother, Landon. When Lily’s mother talked about the kind of life celebration she wanted for her daughter, or what should be mentioned at her funeral, McConnell listened and took notes.

When the family needed a prescription picked up or items from the grocery store, McConnell found a volunteer to run errands. When there were questions about medical equipment or ways to make Lily more comfortable, McConnell got them answered.

And, after Lily died and her family needed clothes to bury her in and to wear to the funeral, McConnell took them shopping and paid for the purchases with Fairy Godmother Project donations. McConnell also gave Lily’s eulogy, starting it with “Once Upon A Time,” just like she did her stories.

“We look back and reflect on the way she helped us, and it was wonderful to have the support of Andie and the Fairy Godmother Project volunteers,” Melanie Noakes said. “At some of our darkest times, even after the funeral, she was there for us.”

As McConnell described the work of the fairy godmothers, emotions were written all over her face. She regularly bubbled with enthusiasm at how generous people are, with time and money. She’s thrilled with the way other agencies warmly welcome her suggestions of ways to partner.

Just as often, she cried at the memory of those who have died, saying there’s a reason she doesn’t wear mascara.

Eight of the 44 families the organization has helped have lost children. Four deaths came last year, and McConnell firmly believes her vigil at Lily’s deathbed was meant to prepare her.

McConnell isn’t joking when she says she’s needed therapy herself to deal with the losses. Still, she sees the final opportunity to help families “a huge gift,” the second-biggest thing she’s been given in life after her three children.

“I witness more love in a week than the average person sees in a lifetime,” McConnell said, adding that the heartache is tinged with incredible amounts of love and compassion. “I have seen emotions that I wouldn’t trade for anything.”