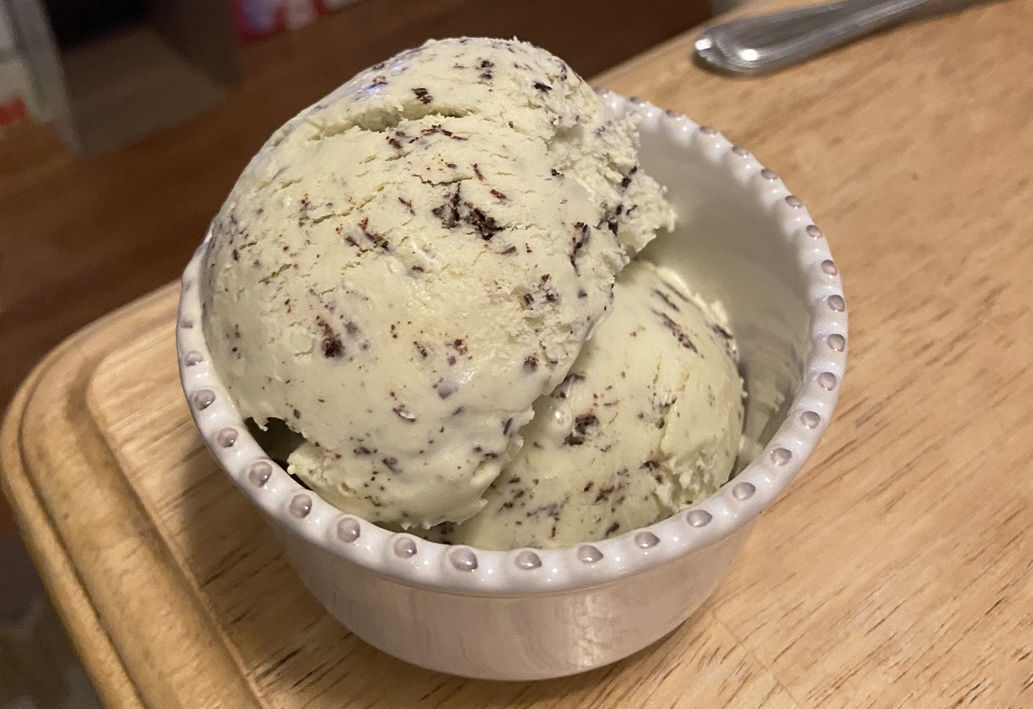 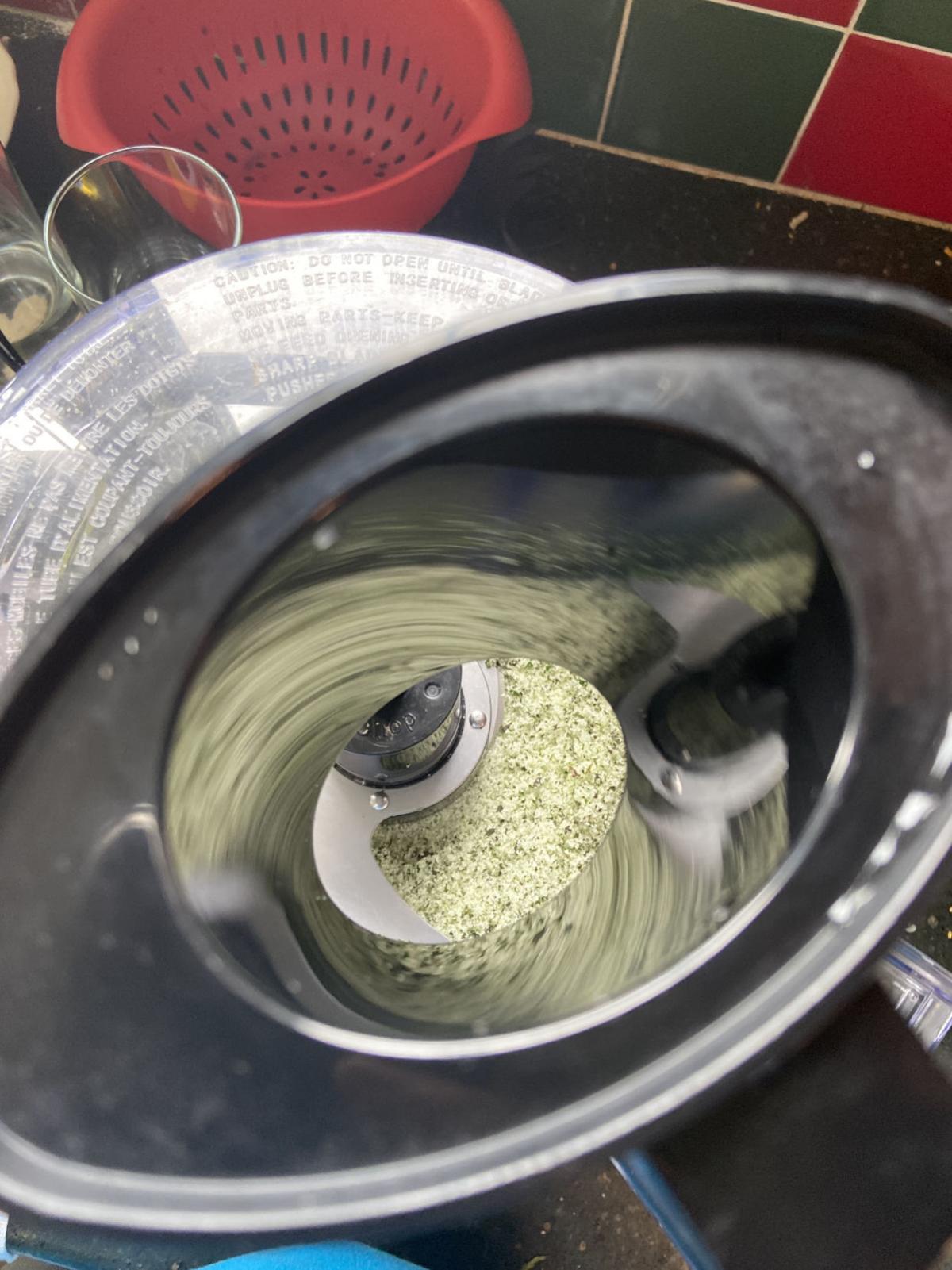 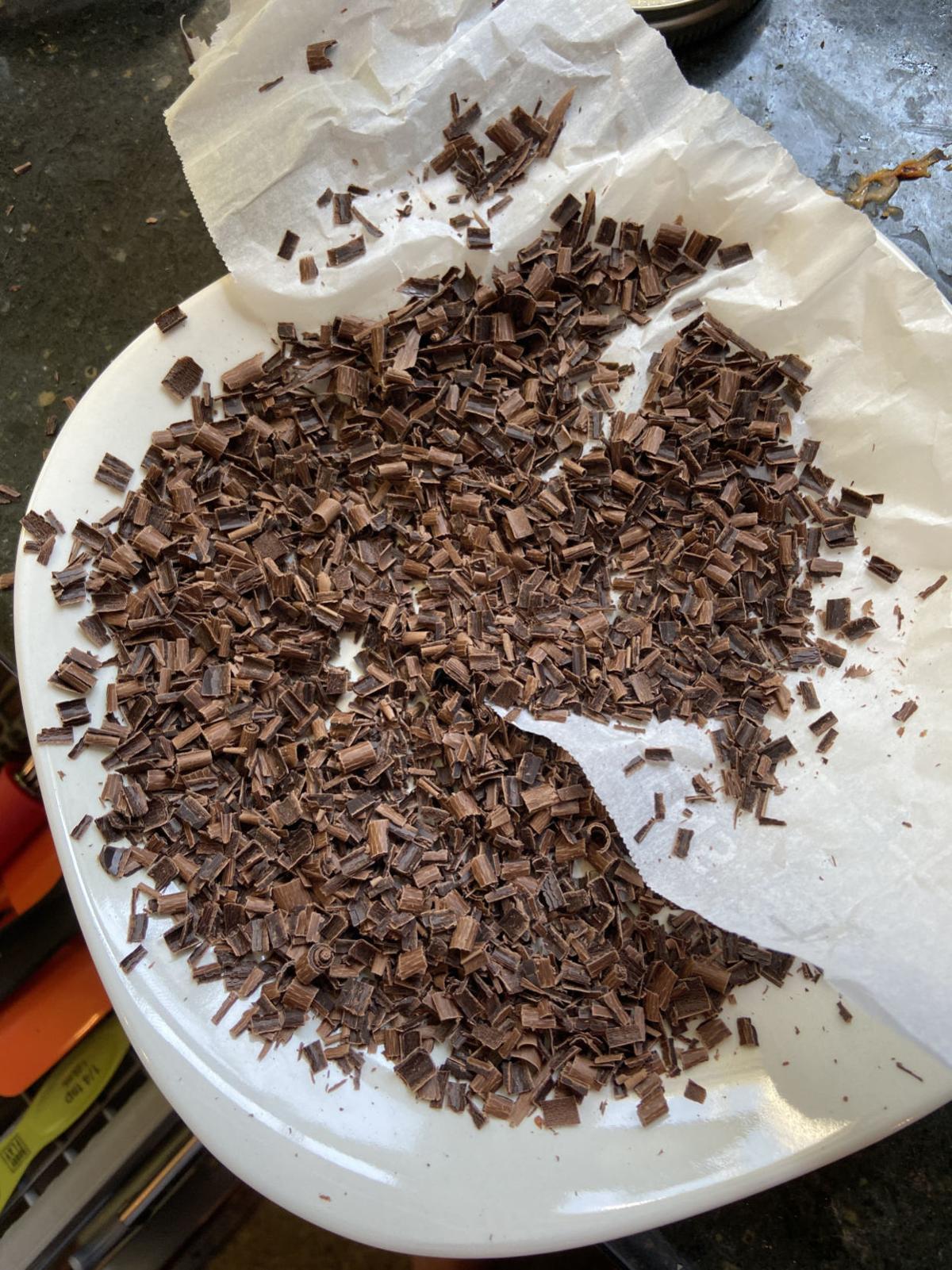 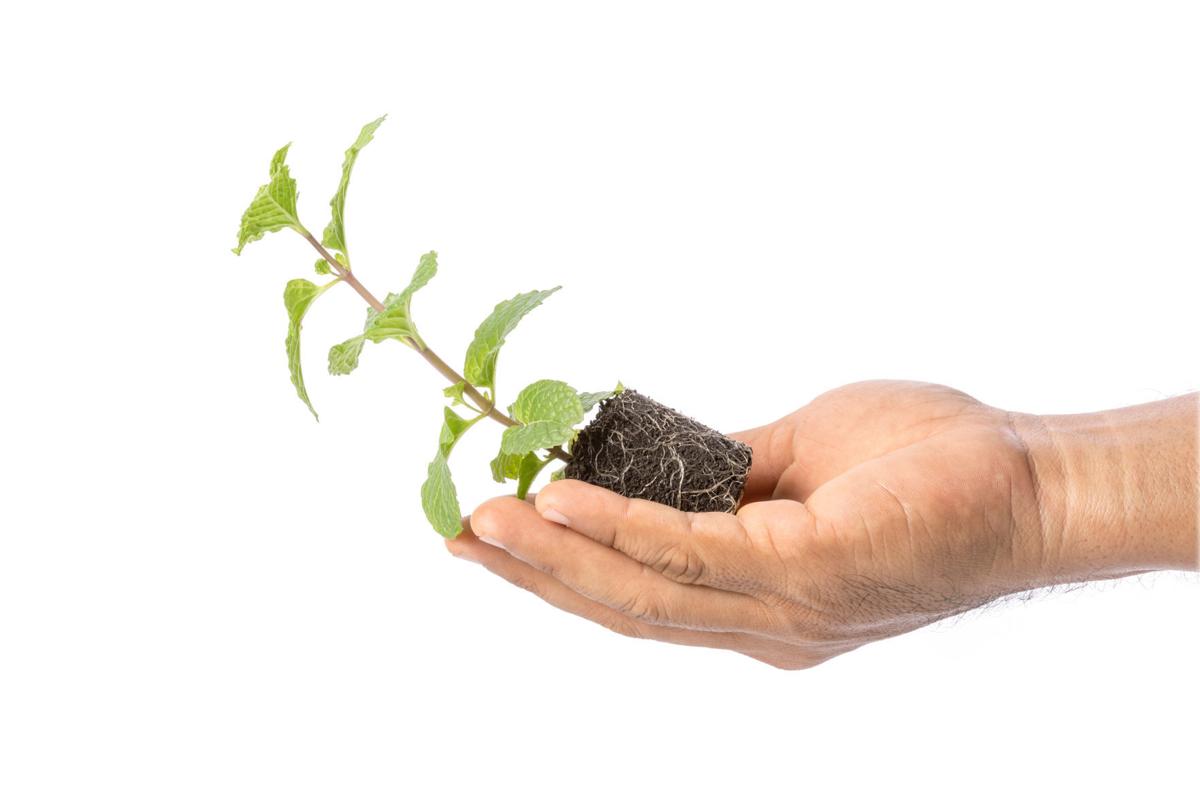 AS QUARANTINE trudges into its second month, I’ve observed a return to a trade-based economy. With trips to the grocery store limited, bartering with neighbors has become a viable stopgap for one’s pantry shortcomings.

Got a lemon? Sure, I’ll leave it on your porch. And some tomato paste? It’s all yours. (I also happen to like my neighbors, which is probably crucial to the arrangement).

That brings us to yesterday. After spying some mint in my neighbor's Instagram story (not creepy at all), I proposed a trade via text. The terms: a few sprigs of the coveted aromatic in exchange for three homemade English muffins. The deal was accepted, and before long I was lowering a slotted spoon into cold water to retrieve the leaves after the briefest of rinses.

And then ... mint scrambled eggs. This was not my intention, though you could probably incorporate complementary Greek flavors to salvage something edible if so inclined. I, however, had designs on a luxurious custard: emerald mint-sugar simmered with cream, milk and egg yolks until thickened just enough to coat the back of a spoon, or roughly 170 degrees.

The ice cream base was hovering around 155 over low heat—an apparent stall. I figured I’d take advantage of the lull to move meat from the freezer to the refrigerator. You see, anticipating future supply chain disruptions, I’d purchased about $200 worth of meat from Olde Towne Butcher to be sealed and frozen for a minimum two months of meals. Which is great—until you’re Sisyphus—shoving boulders of chuck roast and beef short ribs to the rear shelves, only to have them come crashing back down.

What was a barely steaming sauce when I set out on my diversion had become a curdled mess. The thermapen reading—a formality akin to taking the pulse of a decapitated corpse—confirmed a mixture exceeding 200 degrees.

This was one of the more figurative instances of having egg on one’s face. Ultimately, I flung the gel-not-o into my backyard, where it scalded the crabgrass on contact with an oddly satisfying sound.

I wasn’t just deflated because of a culinary swing-and-miss. It happens. But ice cream making is a resource-intensive process; each batch calls for upwards of 3 cups of dairy and six egg yolks. (I usually conserve the whites for a frittata with sautéed leeks). And I was fresh out of mint.

Redemption, then, was no

My ruminations over the situation were interrupted by a knock on the door. It was the same neighbor, Erin.

“Here,” she said, handing my wife a handful of mint with the roots still attached. “Grow your own.”

1. In a food processor, pulse together 1 cup clean and dry mint leaves with 2/3 cup granulated sugar until pulverized and bright green. Set aside.

2. In a small pot, simmer cream, milk, sugar and salt until sugar completely dissolves, about 5 minutes. Remove pot from heat. In a separate bowl, whisk yolks. Whisking constantly, slowly whisk about a third of the hot cream into the yolks, then whisk the yolk mixture back into the pot with the cream. Return pot to medium–low heat and gently cook until mixture is thick enough to coat the back of a spoon (about 170 degrees on an instant-read thermometer). Let custard steep off the heat for 30 minutes.

3. Strain through a fine-mesh sieve into a bowl. Cool mixture to room temperature. Cover and chill at least 4 hours or overnight.

4. Churn in an ice cream machine according to manufacturer’s instructions. Add in chocolate curls 1 or 2 minutes before the end of the cycle. Serve directly from the machine for soft serve, or store in freezer until needed.