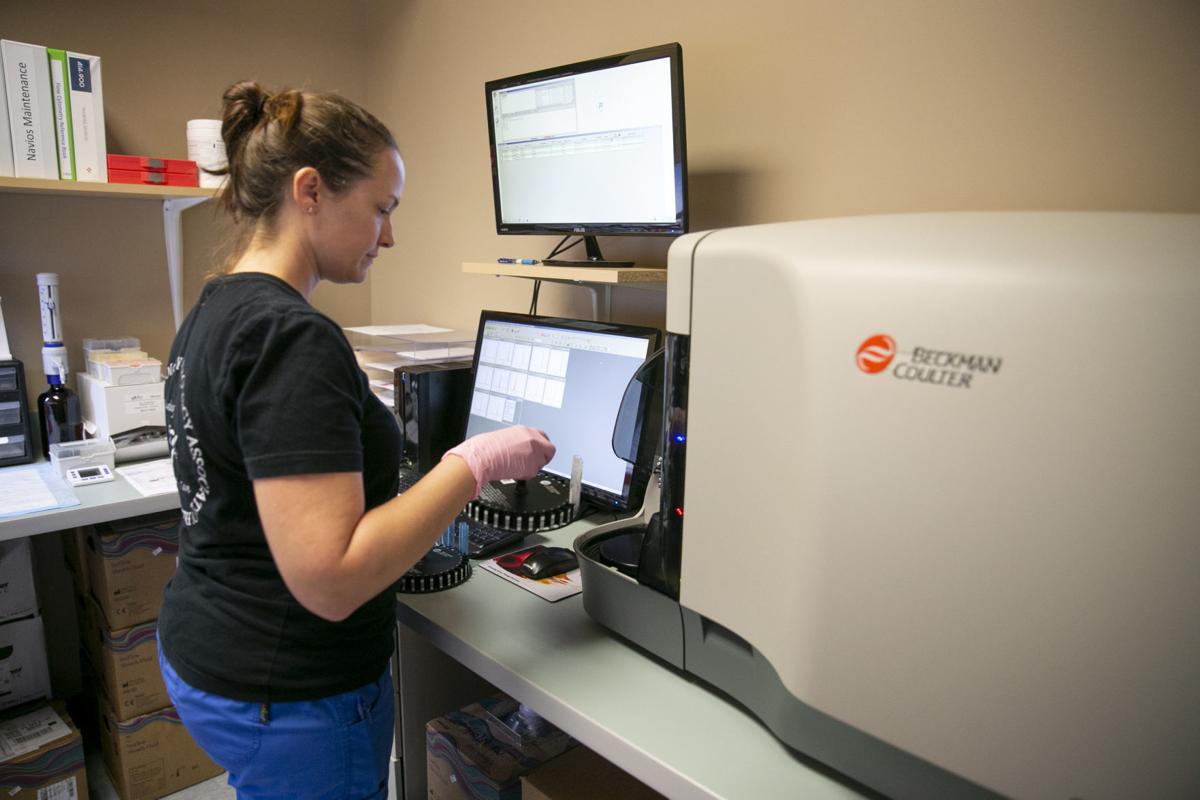 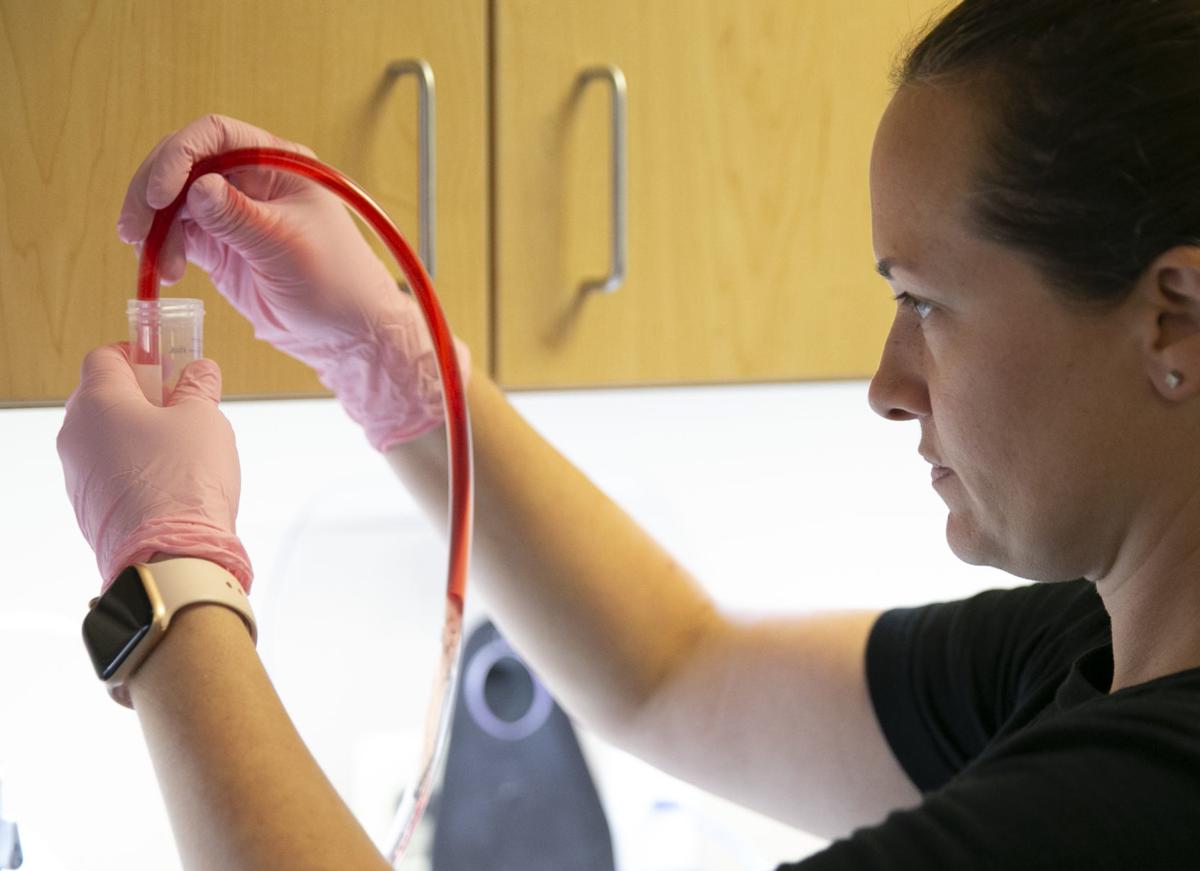 Whybark prepares a sample for testing. The local practice has the only flow cytometer in the Fredericksburg region. 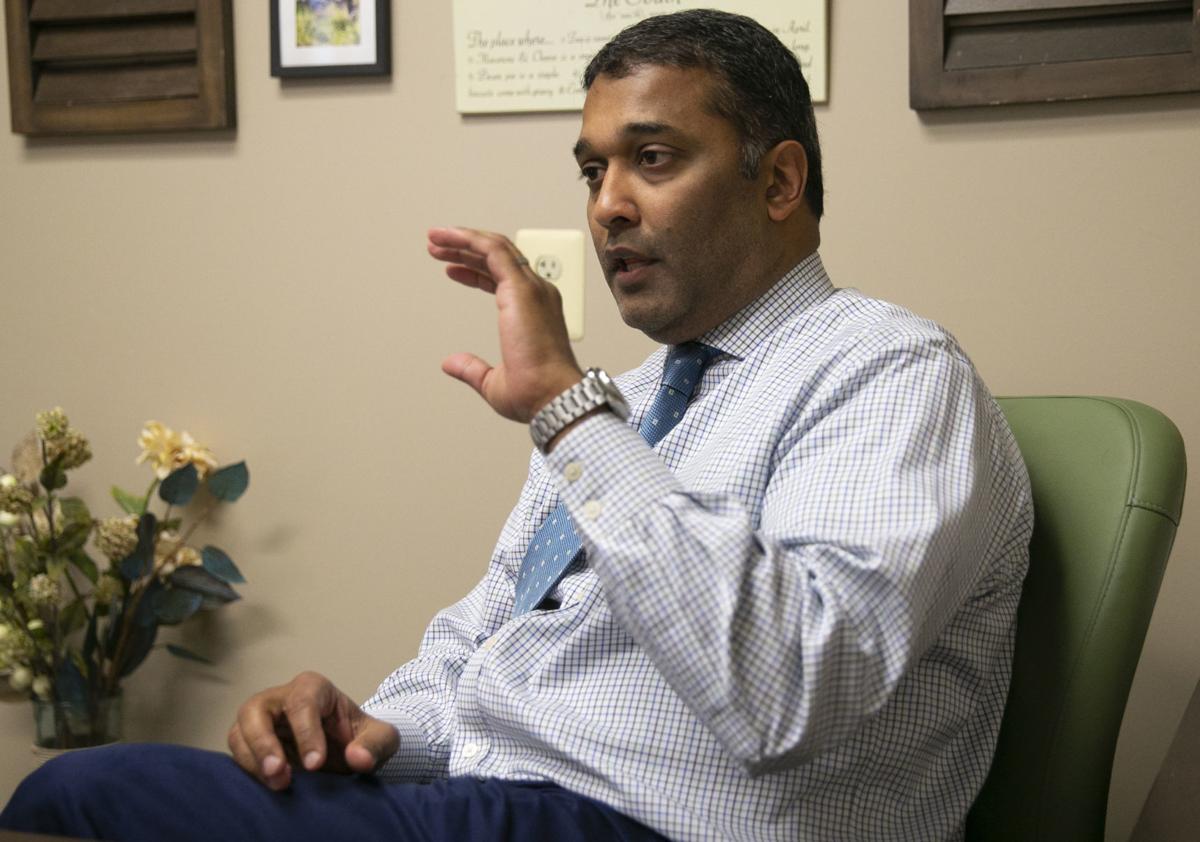 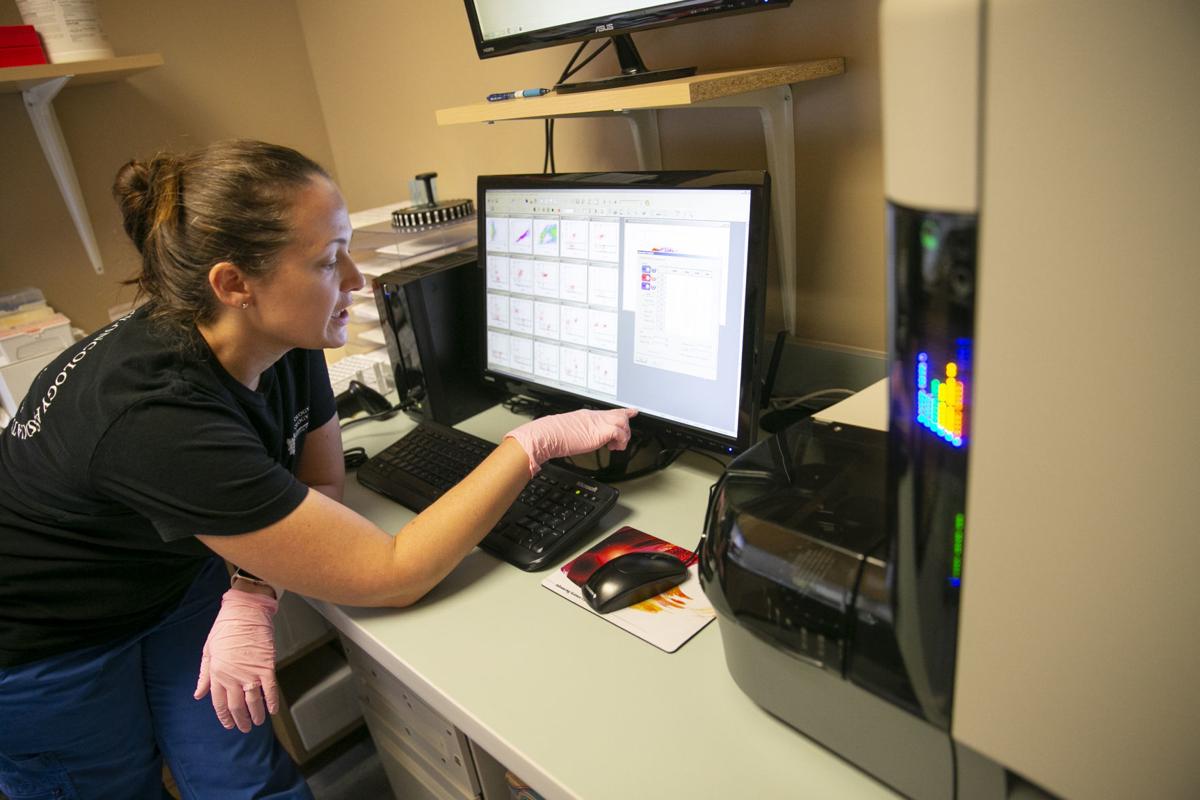 Kellie Whybark, a medical laboratory scientist at Hematology Oncology Associates of Fredericksburg, watches as a flow cytometer tests a blood sample in Spotsylvania, Virginia on Aug. 13, 2019.

Whybark prepares a sample for testing. The local practice has the only flow cytometer in the Fredericksburg region.

Kellie Whybark, a medical laboratory scientist at Hematology Oncology Associates of Fredericksburg, watches as a flow cytometer tests a blood sample in Spotsylvania, Virginia on Aug. 13, 2019.

When white blood cells are out of whack and specialized tests are needed to see if the problem is a routine infection—or something more serious—no patient wants to spend days waiting, on pins and needles, for results.

That can happen when blood samples are sent to labs as far away as the other side of the country.

Hematology Oncology Associates of Fredericksburg, or HOAF, decided this year that its patient base had grown to the point it was time to make another serious investment in machinery. The practice, which has six doctors who divide their time between locations in Spotsylvania County and North Stafford, spent $250,000 to acquire the only flow cytometer in the Fredericksburg region.

Flow cytometry is a technique that analyzes white blood cells to identify the presence of cancers such as lymphoma or leukemia, according to HOAF. Having the equipment in-house means “peace of mind” for patients and easier access of test results for physicians, said Dr. Sudeep Menachery. He’s one of six doctors at the independent practice, and he oversees the lab.

Instead of waiting several days for results, doctors can get them the same day or within 24 hours, and that’s especially vital for patients who get so understandably worried that physicians have to talk them “off the ledge,” he said.

Jen Sullivan, the practice’s lab and exam manager, bubbled with excitement as she took visitors to the basement of the Spotsylvania facility, which looks more like a hunting lodge with its mounted deer heads and painted hides on the walls, high ceilings and fireplace.

Getting the new machinery up and going required more than making room in the crowded quarters and plugging it into the wall. And the investment went beyond the cytometer itself.

Smaller equipment used in the process, as well as reagents that are part of the chemical mixture, cost tens of thousands of dollars, Sullivan said.

HOAF also needed a medical laboratory scientist with specific training, both with the cytometer’s manufacturer and a separate lab that partners with the practice on even more complicated testing.

“She has a passion for blood cancers, and you want that,” Sullivan said. “She really is the heart of this.”

Whybark works closely with Dr. Emerald O’Sullivan, a pathologist at Spotsylvania Regional Medical Center who interprets the data produced by the cytometer, affectionately referred to as “Flow.”

Whybark’s work is complicated, and an observer practically needs a medical degree to understand the processes she goes through to get blood ready for “Flow” testing. It requires numerous steps, of extracting and diluting, incubating and separating, to isolate white blood cells from the red ones taken in a sample.

She focuses solely on white blood cells because they’re the ones that go bonkers when an infection, or a cancerous disease, is present. She wants to capture as many white blood cells from a tube of patient’s blood, to put into “Flow” for testing.

“It’s like statistics,” Whybark said. “The more data points you have, the more you know the statistics are reliable.”

White blood cells can be abnormally high or low, depending on the condition. But the cytometer does more than count cells, it looks at four different components of each and reads them at a rate of 315 cells per second, Whybark said.

The “Flow” test evaluates the type of cells, how mature they are, if they’re cloning themselves and if they’re aberrant, or different from the normal structure.

Each component can have a separate meaning. In a healthy person, bone marrow makes blood stem cells that are known as immature cells to begin with, but they become mature blood cells over time.

If a person has a large number of immature cells in their blood—that aren’t maturing as they should—Whybark said that could indicate a specific type of blood cancer.

Patients often are referred to HOAF after their primary care physicians have done a standard CBC, or complete blood count, to evaluate a person’s overall health and noted something unusual. The more detailed “Flow” test can help pinpoint the problem.

Whybark runs about 50 tests a month on the flow cytometer.

It’s not the be-all, end-all in screening, and sometimes even more complicated tests are needed to determine the cause of an illness, Menachery said.

“It’s another tool in our diagnostic wheelhouse,” he added.