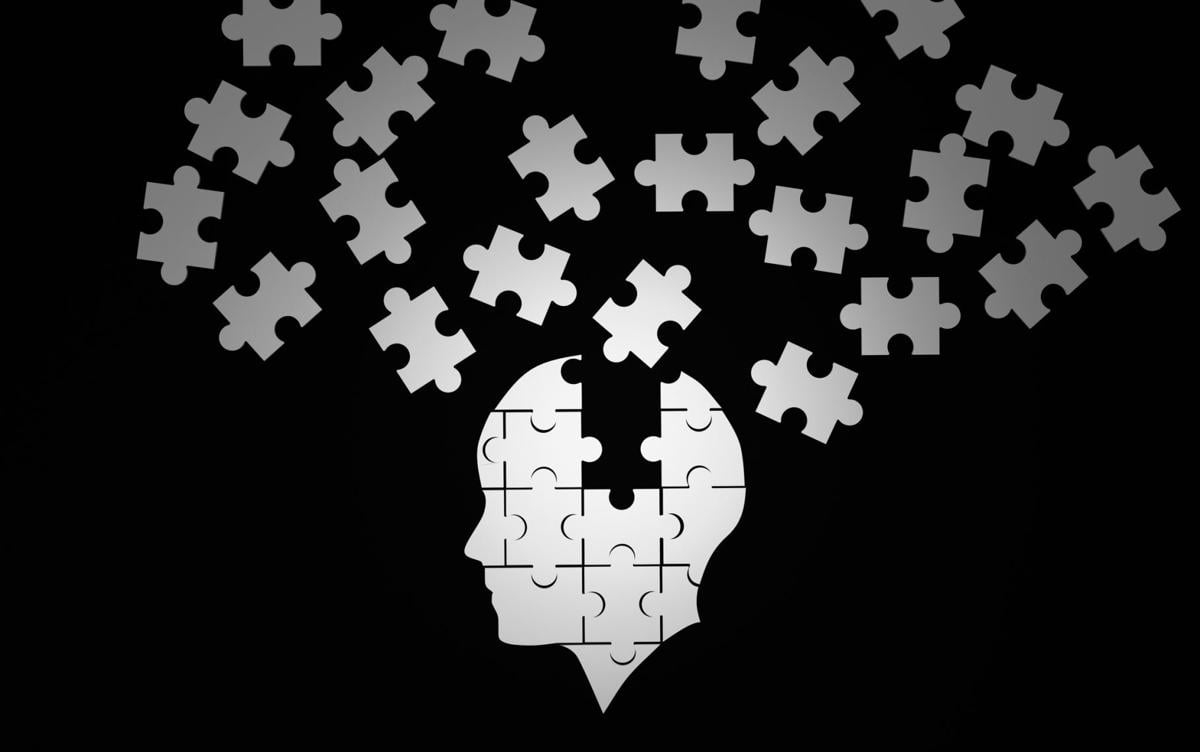 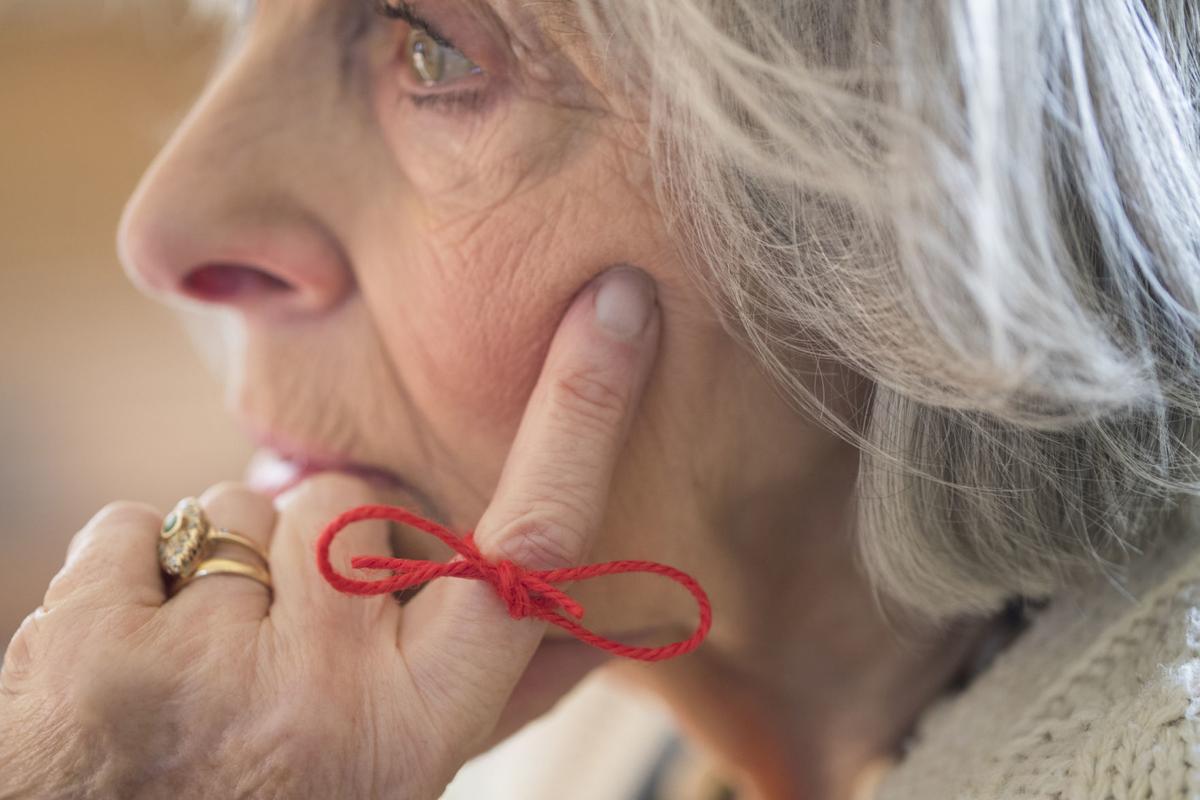 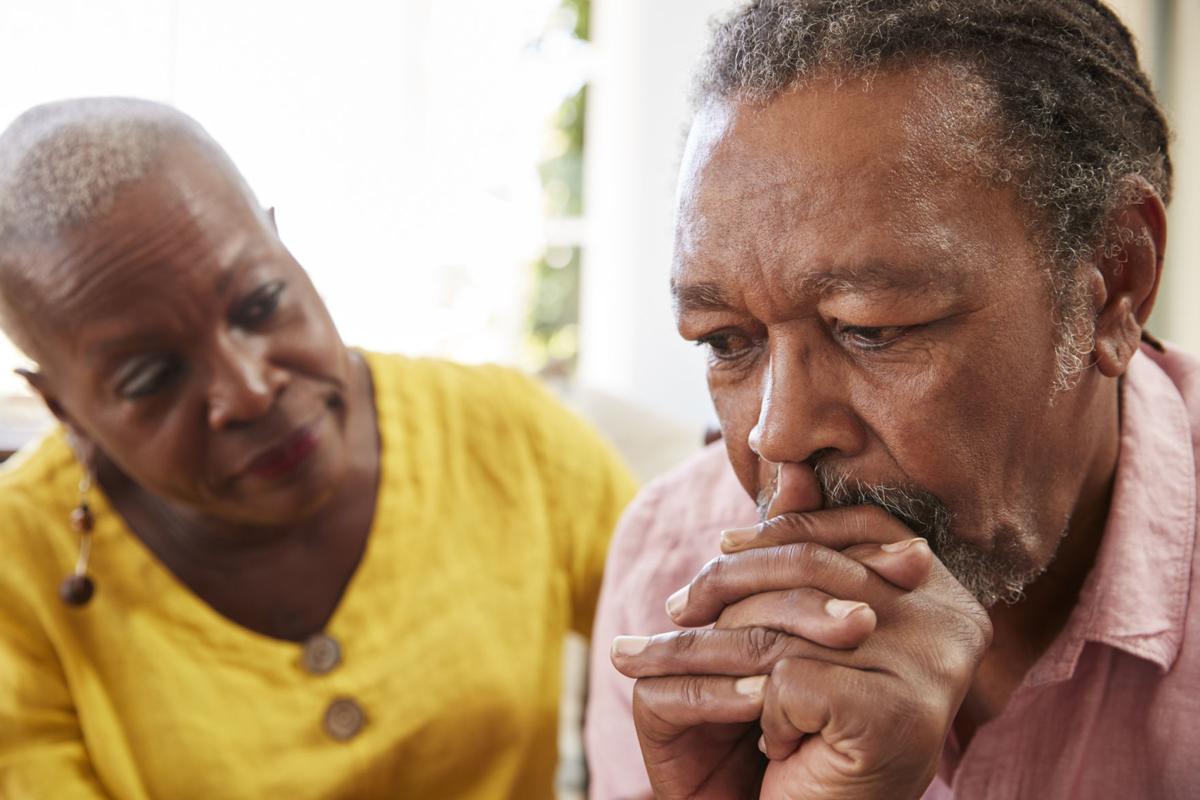 Each book represents a person’s abilities or memories, and skills such as math, use of language

and appropriate behavior are on the top shelves—just as they’re found in the top part of the brain. Emotions and feelings are farther down the bookcase, mimicking their location in the brain.

When a person starts to suffer from dementia, something rocks that imaginary bookcase. The first skills to fall off the shelves are the ones affecting memory and simple actions of daily life.

A person may no longer be able to follow a recipe or balance a checkbook, complete familiar tasks, be aware of what season it is or where they are. Things get misplaced, and the person loses his or her ability to retrace steps.

Those are signs of dementia, an overall term used to describe a wide range of symptoms associated with memory decline, said Martha Stokes of LeadingAge Virginia.

“There are a lot of things that happen to us as we grow older that are a normal part of aging,” Stokes said. “But when they begin to disrupt our lives and we can’t fix it, we might want to see a medical professional.”

Stokes worked with the local groups Partners in Aging and Healthy Generations Area Agency on Aging to present “Dementia Friends Virginia,” training on how businesses and individuals can become more aware of the changes the condition causes.

Cindi Bowen, marketing director for Spring Arbor of Fredericksburg, had heard about the training and thought it was needed in the region.

“It really made me think about the families I talk to whose lives are very limited in that they couldn’t go out, they couldn’t do a lot of things they used to do,” she said.

She hoped more information might lead to a dementia-friendly community, including restaurants where families could take their loved ones—“and if they did have unusual behavior, there wouldn’t be a lot of people looking at them,” Bowen said. “Fortunately, Renato’s was very receptive.”

Renato’s Manager Elisa Bonilla embraced the idea for two reasons. Many of Renato’s regulars are older customers, “and we want to make sure we can accommodate everyone,” she said. And, her father, Jose Bonilla, who owns the restaurant with his wife, Teresa, is getting older, and Elisa Bonilla “wouldn’t want anyone to turn him down.”

The hourlong training was held for about 15 restaurant employees and health care workers who deal with an older clientele. It included a workbook that addresses the differences between normal aging and early signs of dementia. For instance, people in today’s busy society often feel stressed and weary of work, family and social obligations, Stokes said.

But when they pull away from those activities—perhaps because they no longer can keep up with conversations or remember things such as the football stats they always quoted—that can be a sign of dementia, she said.

The condition affects about 50 million people worldwide. Alzheimer’s is the most common type, accounting for 60 to 80 percent of cases.

While the symptoms of dementia can be daunting, a community can help those affected lead productive lives, Stokes stressed. Increasing awareness of the symptoms and how to deal with them is a start.

Valerie Hopson–Bell, who also is a social worker at a memory-care facility, mentioned several dinnertime behaviors she sees.

Her clients may use their spoon as a comb; dip bread or meatballs into the water; or use their napkin as a cape. Don’t make a big deal out of it, she said; just bring another water glass for drinking.

“I just ask that you help to maintain their dignity,” Hopson–Bell said.

Communication can be a challenge, and those with dementia may say the same thing over and over, make up words or even revert back to their birth language, Stokes said. They also can insist that their version of what’s happening is correct—such as when they call their son by his father’s name—and become upset when challenged.

“We often tell people in our communities that it’s better to live in their reality for a little while than to argue with them,” Stokes said.

Those who took the training appreciated the information, both for their jobs and personal lives. Leslie Brown is a cafe manager for Healthy Generations, which offers lunches for seniors at community centers, and her mother also is experiencing early signs of dementia.

“You have to have the patience,” Brown said. “It takes a lot of patience.”

She started to cry when she talked about watching her mother fade in front of her. “Just knowing that those things are slowly going away,” Brown said, “it hurts.”

Cassie Hernandez, a fellow café manager, hugged her and agreed.

“It’s a whole new chapter that they have to go through,” Hernandez said about dementia patients. “They don’t get to turn the next page, it’s been turned for them.”

The local group would like to focus on making businesses in downtown Fredericksburg friendly to dementia patients, then branch out to other areas. Anyone interested in the Dementia Friends training can contact info@partnersinaging.org or Healthy Generations Area Agency on Aging at 540/371-3375. Information about the state group of nonprofit aging services is available at LeadingAge Virginia.