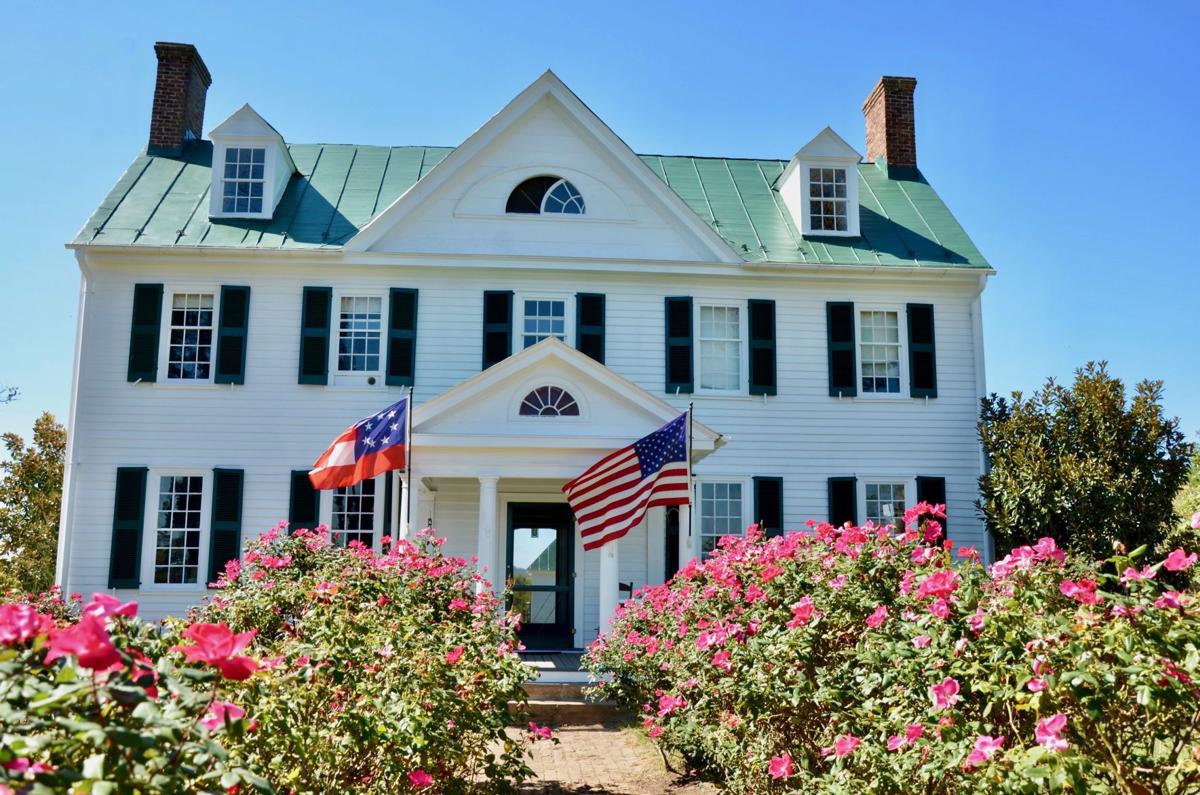 Rose Hill, a storied Greek Revival house near Stevensburg, has been included on the Virginia Landmarks Register. The Kilpatrick-Dahlgren Raid, which aimed to free Union prisoners of war in Richmond, was planned and launched from the house in February 1864. 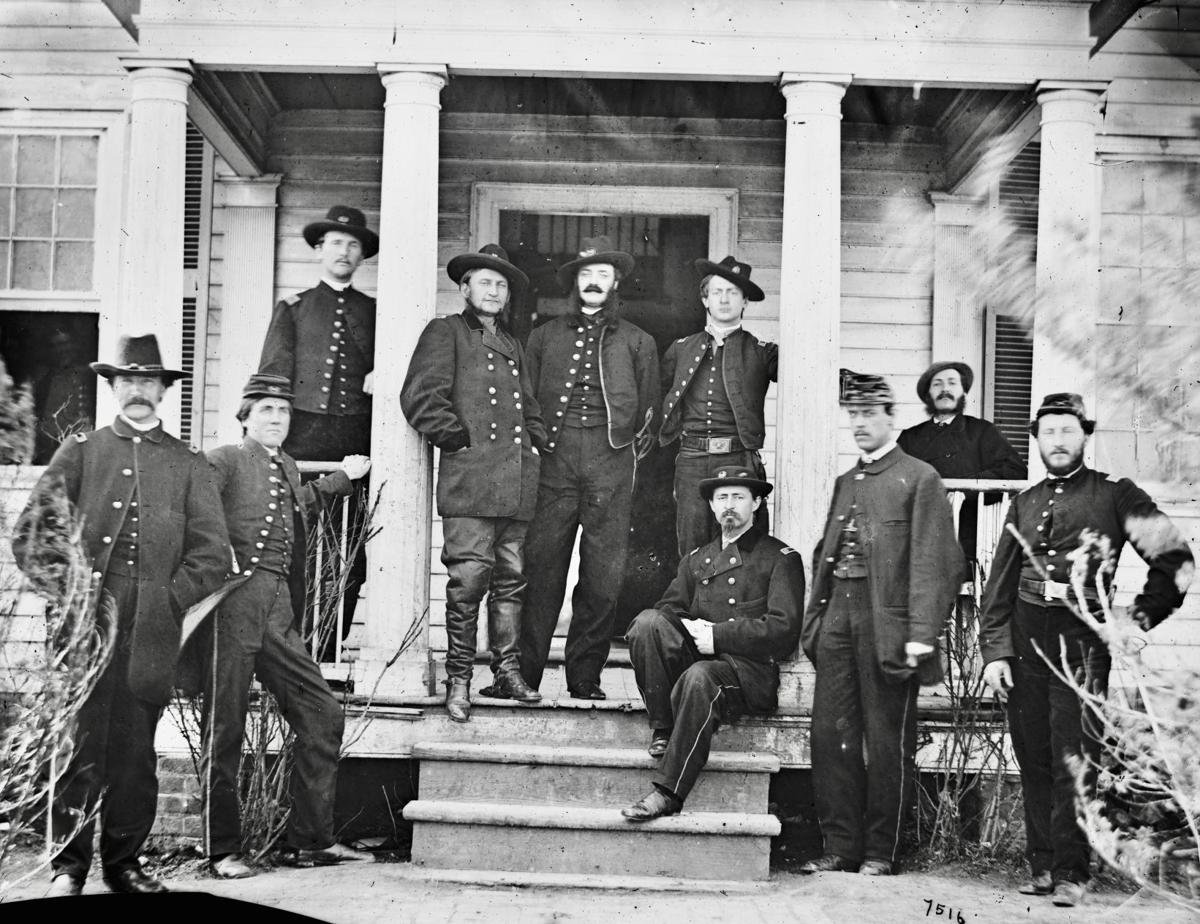 Union Brig. Gen. H. Judson Kilpatrick, commander of the Union army’s 3rd Cavalry Division, poses in the winter of 1863-1864 with staff at Rose Hill, his headquarters on Batna Road just south of Stevensburg. 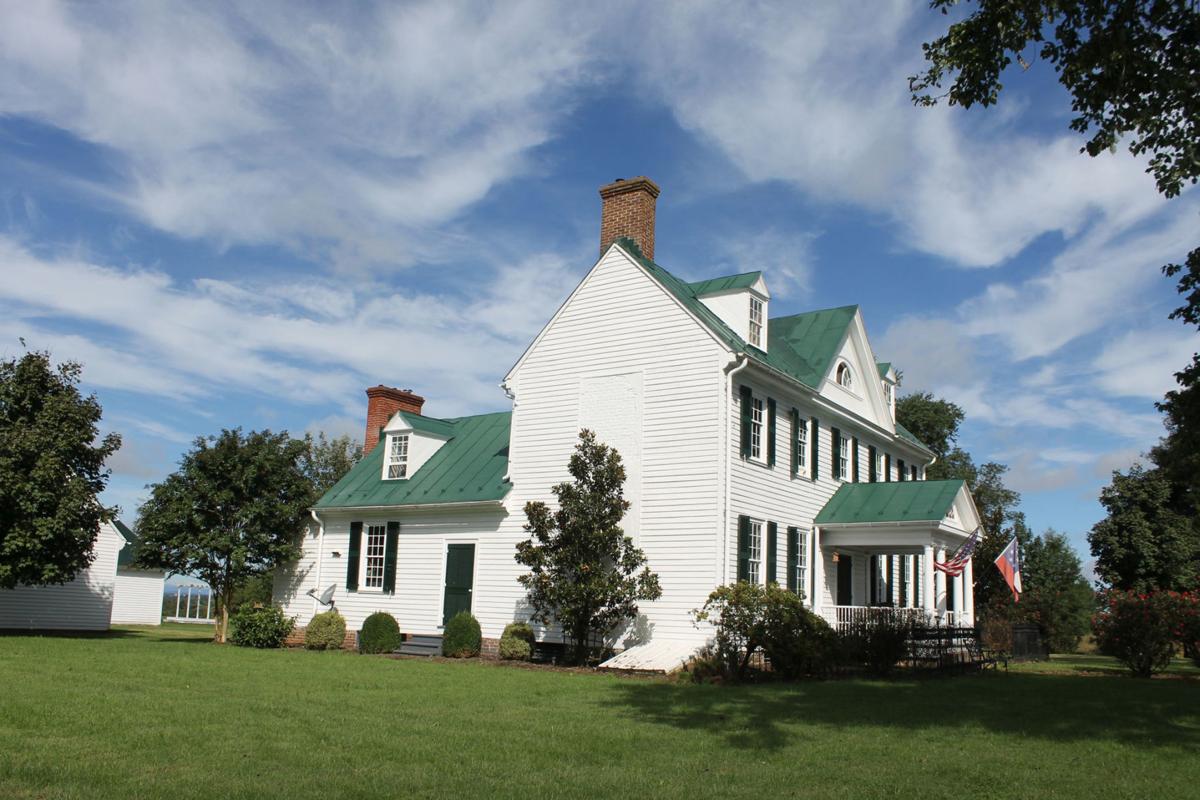 Restored by the Covington family, Culpeper County’s Rose Hill honors its Civil War heritage. The 207-acre property near Stevensburg is a game reserve for sportsmen. 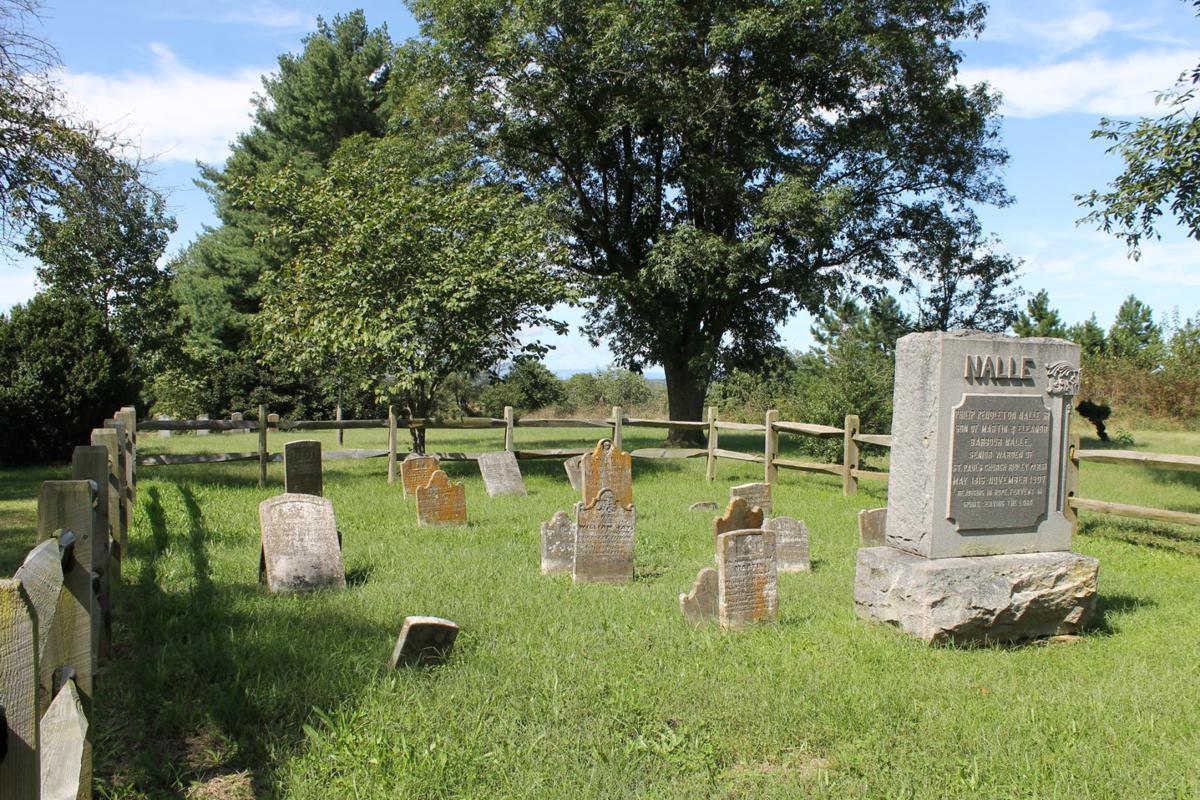 The Nalle cemetery is one of two graveyards at Rose Hill that hold members of the three families that have owned the farm. The other, resting place of the Ashby and Covington families, also lies near Rose Hill’s historic buildings.

Rose Hill, a storied Greek Revival house near Stevensburg, has been included on the Virginia Landmarks Register. The Kilpatrick-Dahlgren Raid, which aimed to free Union prisoners of war in Richmond, was planned and launched from the house in February 1864.

Union Brig. Gen. H. Judson Kilpatrick, commander of the Union army’s 3rd Cavalry Division, poses in the winter of 1863-1864 with staff at Rose Hill, his headquarters on Batna Road just south of Stevensburg.

Restored by the Covington family, Culpeper County’s Rose Hill honors its Civil War heritage. The 207-acre property near Stevensburg is a game reserve for sportsmen.

The Nalle cemetery is one of two graveyards at Rose Hill that hold members of the three families that have owned the farm. The other, resting place of the Ashby and Covington families, also lies near Rose Hill’s historic buildings.

Rose Hill, one of Culpeper County’s most noteworthy antebellum homes, is now part of the Virginia Landmarks Register, attesting to its significance to the commonwealth’s history.

The Stevensburg house, the plantation seat of the Ashby family, has been beautifully restored in recent years to its appearance before the Civil War.

“It is remarkable to find an antebellum farmhouse, especially one that was located within the boundaries of a massive military camp that lasted for more than five months, in the excellent condition that it’s in today,” said John Salmon, the Richmond-based historian who researched and co-authored the property’s nomination to the state historic register. “Its survival and architectural integrity are a credit to the owners, in particular to Dr. (John) Covington, for their meticulous care and considerable effort in restoring and maintaining it.”

Salmon was referring to the winter encampment of the Army of the Potomac in 1863-1864, when 120,000 Union soldiers occupied Culpeper County and Gens. George G. Meade and Ulysses S. Grant planned the game-changing Overland Campaign against Robert E. Lee’s Army of Northern Virginia.

Culpeper County historian Clark B. Hall, who contributed to the nomination, agreed with Salmon’s praise for Rose Hill’s modern-day stewards.

“By pouring their own resources into Rose Hill’s recovery, this superb home’s owners and curator ensure that Rose Hill will forever more demonstrate American ideals of determination and commitment to historical memory,” he wrote in a column for the Culpeper Star-Exponent.

A Greek Revival-style house, Rose Hill has remained in the same family since 1853, when Stafford County native Alfred Lomax Ashby bought the property from Martin Nalle in 1853. Covington is a gastroenterologist in Maryland. He and his family operate the 207-acre property as a game preserve for sportsmen seeking hunting and shooting opportunities.

Rose Hill is an unusual and rare example of a transitional dwelling that combines earlier, Federal-style design features with the Greek Revival style that became the rage in Virginia in the mid-19th century, Salmon said Wednesday.

His colleague Ashley Neville, an architectural historian in Hanover County, didn’t find another house of its kind anywhere in Culpeper.

During the nation’s deadliest conflict, Rose Hill’s handsome frame home survived a direct hit from a cannon ball that went through the attic, Salmon told the Star-Exponent.

Federal officers occupying the house planned the Kilpatrick-Dahlgren Raid, a Union military operation whose execution and aftermath are of national significance, he said.

While ensconced there, Kilpatrick—whom Salmon calls “a highly controversial character”—planned the wildly daring raid on Richmond. The youthful Col. Ulric Dahlgren led a detachment in the secret raid, setting off from the property.

President Abraham Lincoln and Secretary of War Edwin Stanton had approved the operation, whose goal was to free Union prisoners held in the Confederate capital, at Libby Prison and on the James River’s Belle Isle, under inhumane conditions.

“Scores of men were being transported daily to Georgia, where many, already weakened by their treatment on Belle Isle, soon succumbed to the horrors of the prison at Andersonville,” historians Salmon and Neville recounted in Rose Hill’s nomination. “Escaped or previously released prisoners published accounts of their captivity that enraged Northerners and fueled demands for action and retaliation.”

But the raid, in which Dahlgren was killed, was an utter disaster.

“Papers found on his body urged the killing of Confederate President Jefferson Davis and his cabinet, causing a massive uproar in the Confederate and United States government,” Salmon said. “This was one of the most notorious incidents of the war.”

The veteran historian, who wrote Stackpole Books’ classic ”The Official Virginia Civil War Battlefield Guide,” said he doesn’t know of any other house that is associated with an incident “that caused so much outrage and outcry.”

Allegedly in Dahlgren’s handwriting, the papers found on his body revealed a plan for the raiders to capture and kill Davis, and to set Richmond ablaze.

On March 5, 1864, Richmond newspapers began publishing stories about the raid’s violations of the rules of war.

The controversy shook the U.S. government and the army’s top brass. Military leaders from Maj. Gen. George G. Meade, the army’s commander, down the line to Kilpatrick denied issuing such orders.

“Northern and Southern newspapers debated the authenticity of the documents, which the Confederate government used to launch several failed plots to kidnap Lincoln in retaliation,” co-authors Neville and Salmon wrote.

Salmon, who previously served as the Virginia Department of Historic Resources’ historian, also contributed to the Virginia phase of a landmark study by the federal Civil War Sites Advisory Commission that serves as the nation’s blueprint for historic preservation of Civil War sites.

John Hennessy, a Park Service historian experienced with National Register sites, said Rose Hill stands out for various aspects of its wartime past.

The story of Rose Hill and the Ashby family speaks to the larger set of civilian experiences in the area astride the Rappahannock River that was occupied by the Union and Confederate armies, said Hennessy, chief historian and chief of interpretation at Fredericksburg and Spotsylvania National Military Park.

“For most of two years, war dominated Rose Hill and the Ashbys. The experience of Rose Hill and its owners pretty vividly illustrates the travails and challenges of white Confederate civilians enduring war and the long-term presence of armies,” he said. “It was not just a dot on a map, but a homeplace.

During the Union army’s winter encampment, Rose Hill hosted newlywed Elizabeth Bacon Custer, the wife of George Armstrong Custer, who later became famous as a cavalry commander and Indian fighter. At the time, she and Custer were honeymooning at nearby Clover Hill.

Riding in the same coach on day trips around the area, Libbie Custer also visited nearby Pony Mountain, which served as the Union army’s primary signal station, Hall said. From atop its summit, Libbie wrote her parents in Monroe, Mich., that she observed the “white tents of the Army … stretched far as eye could see.”