An easy introduction to fonio is to treat it like grits, with lots of cheese and butter mixed in. 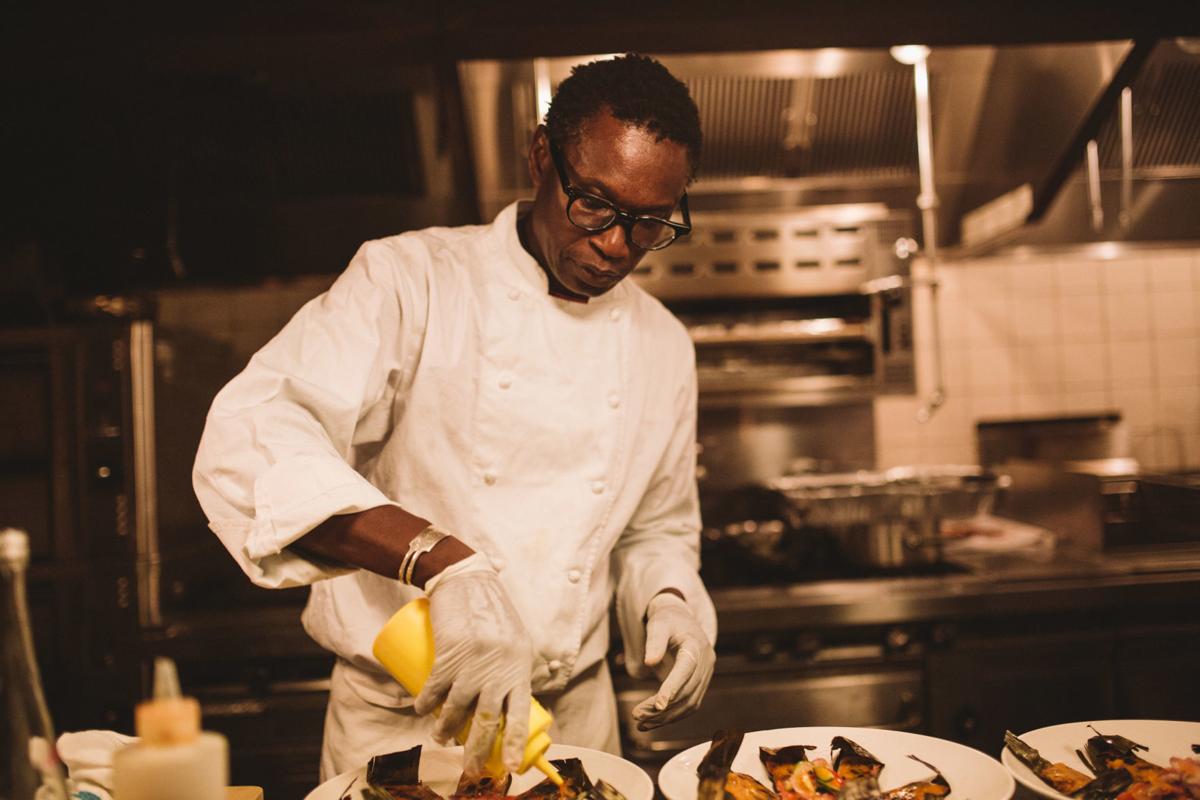 Pierre Thiam is the author of ‘The Fonio Cookbook: An Ancient Grain Rediscovered.’ 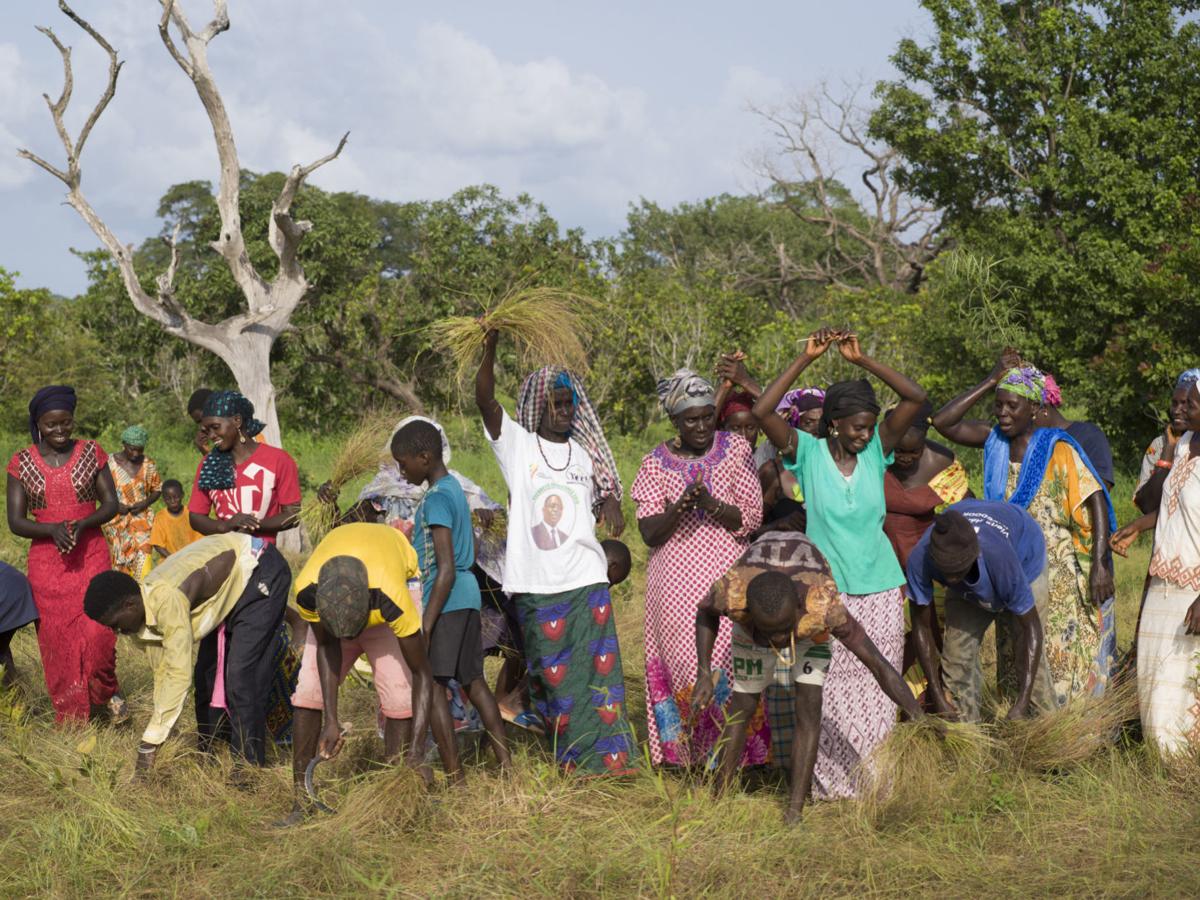 An easy introduction to fonio is to treat it like grits, with lots of cheese and butter mixed in.

Pierre Thiam is the author of ‘The Fonio Cookbook: An Ancient Grain Rediscovered.’

An individual grain of fonio is tiny, like a speck of sand. But this humble, mostly unknown grain has a massive mission: Stimulate the economy in sub-Saharan Africa, undo the lingering effects of colonization—and save the planet, just maybe.

As ambitious as that sounds, there’s reason to be bullish on fonio. It’s a nutritional powerhouse, gluten-free and high in fiber. It’s fast-growing and flourishes in dry soil in a part of the world, West Africa, where few other crops grow and where unemployment is high. And that’s not even getting to its merits as the nutty, fluffy, couscous-like ingredient that can form the base of a grain bowl or swap in for almost every other starch you love in dishes from paella to grits.

Pierre Thiam is the leading evangelist of fonio, and he’s as effective as a gospel-tent preacher at spreading the good word. Thiam, a chef and cookbook author based in New York who hails from Senegal, is positioned to bridge the vast distance between the farmers of the sub-Sahara and America’s upscale grocery store aisles.

“They have a treasure,” he says of the crop. In his quest to see fonio become the grain of the future, his modern-day Johnny Appleseed approach includes a TED talk on it, a cookbook and a company, Yolele, that imports fonio (it’s available at Whole Foods Markets and online).

As a boy, Thiam ate fonio at his great-aunt’s house during summer breaks in the southern Kolda region. There, “Mamma” served it steamed alongside peanuts and root vegetables and pounded into a honey-laced paste. But it remained unknown even in Dakar, where he lived with his parents, much less outside the continent. Thiam blames its relatively low profile on the effects of colonization: Many Africans believe native crops to be inferior to imports. And so even the national dish of Senegal, the fish and rice dish known as thieboudienne, is made using the “broken” rice leftovers from Asia originally introduced to the country by the French.

If fonio became recognized around the globe, Thiam says, its producers would see it—and themselves—differently. “Countries like Senegal could be exporters, which would not only bring food security, it changes the mind-set,” he says. “Now that mind-set is terrible—because of colonization, we look down at our own products.”

His sales job is made easier by how easygoing fonio is in the kitchen. The grain cooks almost instantly. A quick boil and a fork fluff, and it’s ready.

Erik Oberholtzer, a chef and co-founder of the fast-casual chain Tender Greens, first encountered fonio through his work with Food Forever, an initiative aimed at increasing biodiversity. The grain was among the underproduced foods the campaign highlights in its effort to increase the number of species we eat.

While Oberholtzer appreciates its environmental and economic benefits, he says he just likes it and its versatility. He tosses it with salads and uses it to sop up stewy dishes the way he might otherwise use rice. “It’s a very intuitive grain,” he says.

That simplicity makes it easy to use in a commercial setting, he says, unlike, say, beans—which need to be soaked and cooked to the exact right level of doneness. Tender Greens has incorporated it into salads, and it’s on the menu in a tabbouleh at Choice Market, the upscale Denver convenience store whose menu he helped create. “It’s easy operationally to hand over to a kitchen crew,” Oberholtzer says.

For fonio newbies, Thiam pointed to several recipes in his book, “The Fonio Cookbook” (2019, Lake Isle Press), whose pages include not just beauty shots of dishes but also portraits of fonio producers. A salmon dish, with the fish served atop a pool of cheesy, buttery fonio that resembles grits, is an easy start, he says. And fonio tossed with beets and spicy pickled carrots shows off its lighter side.

If fonio does become the new quinoa, popping up in kitchens and salad bars from Brooklyn to Seattle, could producers keep up? Thiam thinks so. It’s a quick-growing crop that requires little rain and no watering. Harvesting and processing it is labor-intensive and mostly manual—workers, mostly men and boys, cut it down with sickles, and women thresh it with their feet on straw mats or tarps and then hand-wash it.

The harvest is often a joyous event, with women singing in the fields as the blades swing. “So much love goes into that process,” he says. “That’s what we taste.”

But, Thiam says, there’s little danger of a shortage of manual labor in his home country. “If there is the demand, the labor is there,” he says. “There is no employment, but there is land.”