One dead, one wounded in King George shooting 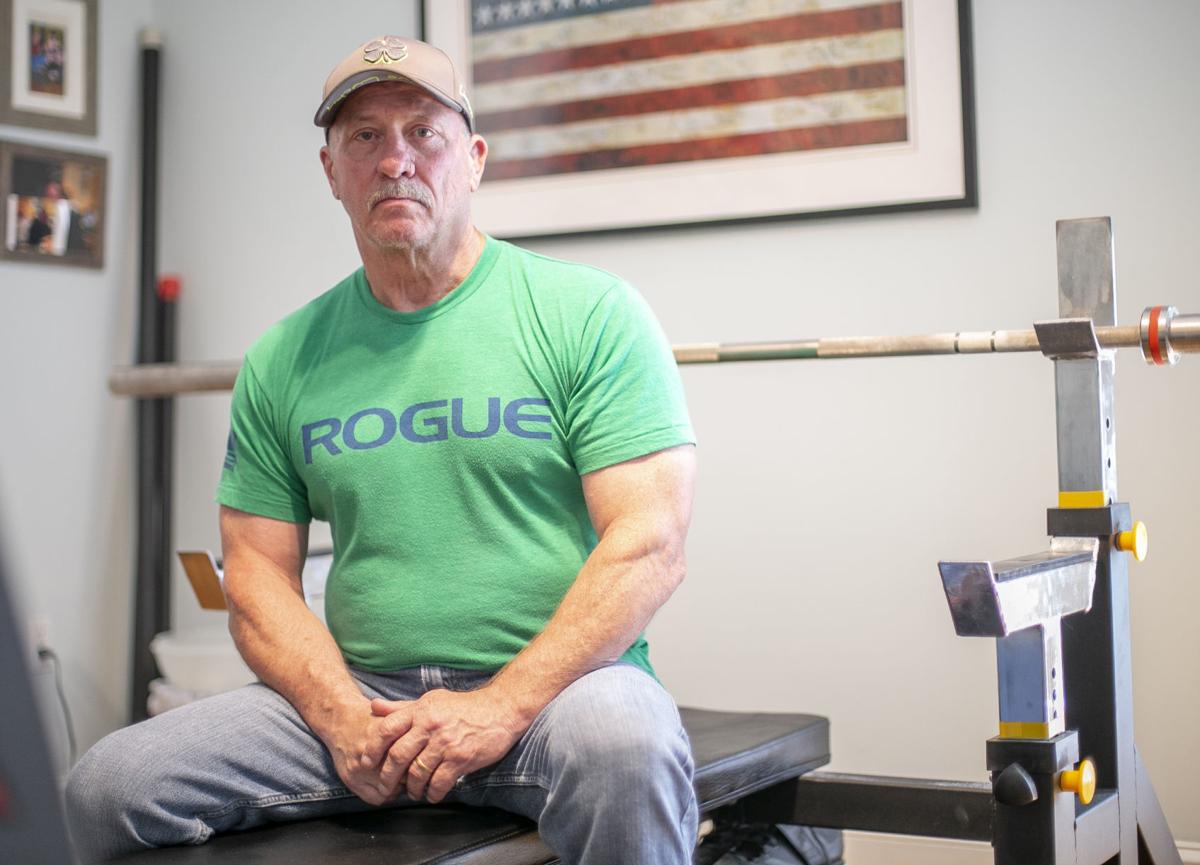 John Jenkins, 61, is a lifelong athlete, but recently started lifting weights competitively. He trains at his home in King George, and his wife helps out with the weights. 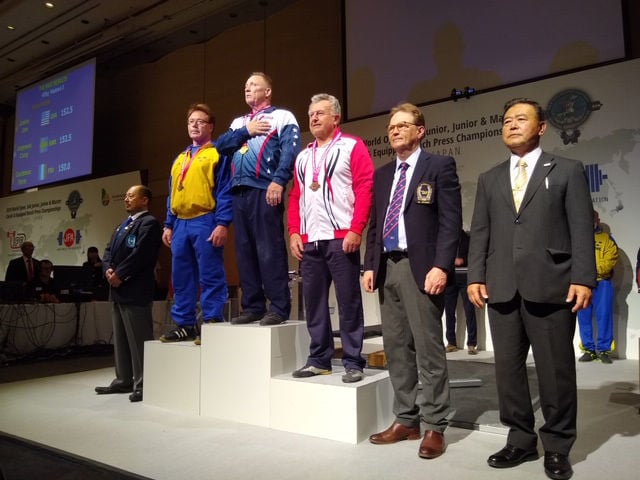 Jenkins, a relative newcomer to competitive bench pressing, stands atop the podium in Japan as the U.S. national anthem is played. 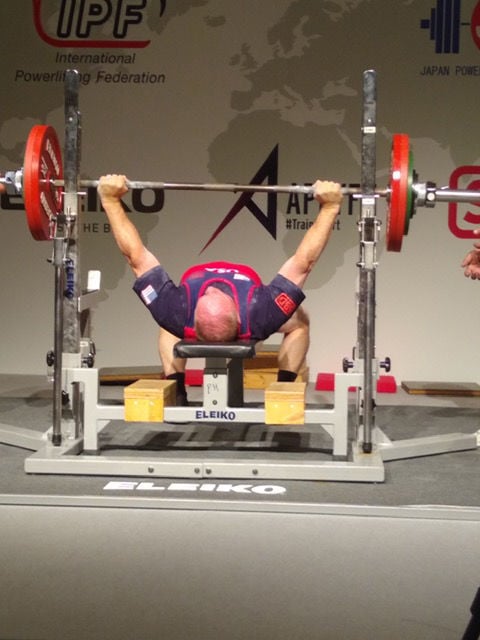 John Jenkins competes in the bench press in Japan, where he won gold.

John Jenkins, 61, is a lifelong athlete, but recently started lifting weights competitively. He trains at his home in King George, and his wife helps out with the weights.

Jenkins, a relative newcomer to competitive bench pressing, stands atop the podium in Japan as the U.S. national anthem is played.

John Jenkins competes in the bench press in Japan, where he won gold.

When John Jenkins decided to take his weightlifting up a notch and start competing, the Dahlgren man approached it the same way as the construction of his home 22 years ago, or the recent clearing of hundreds of trees for a fence around the four-acre property.

He did it all himself.

Jenkins read about different kinds of workouts and tried each to see which suited him. He designed his own spreadsheets and started logging his weight and how much he bench-pressed, as well as how many deltoid raises and kickbacks, curls and pulldowns he performed.

Within 18 months, he was taking home first-place wins for his age (61) and weight group (205 pounds). The building contractor, who works for the federal government, capped off his winning streak with a gold medal at the recent International Powerlifting Federation’s World Bench Press Championships in Japan. Fellow competitors wanted to know where he lifted and with whom he trained.

That son, John Jenkins Jr., is an officer with the U.S. Capitol Police and a National Guardsman whose unit deployed in 2004 to Iraq, where he earned, among other awards, a Purple Heart and Bronze Star. The younger Jenkins also is serving his fourth year on the King George Board of Supervisors and announced his father’s weighty accomplishments during a board meeting May 21.

Members of the audience clapped when Supervisor Jenkins said his father not only qualified for the worldwide event, but brought home the gold.

“He always sets an amazing example, he worked really hard and he was very determined. And he did it all on his own, unless you count my mom yelling at him,” the younger Jenkins said, joking.

The Jenkins men have lifted weights together, and the younger quickly acknowledges that the older man can outdo him. Staying in shape has always been a part of the family’s makeup. While the father encouraged John and his sister, Megan, in sports, their mother, Carol, focused on academics. The elder Jenkins wrestled in school and coached his son on the mat.

“I can’t wrestle anymore, so I lift,” Jenkins said. “I just like doing it.”

In a way, the younger Jenkins had a part in his father’s move toward competition. The senior Jenkins was working on a shed at his son’s house in November 2016 when he fell off the roof. It was a nasty fall; the wound was compounded by old injuries and caused tendons to pull away from his tibia.

As Jenkins recovered from the February 2017 surgery, he decided while he was “hemmed up” to focus more on bench pressing, since he couldn’t use his legs for dead lifts or squats.

His wife loaded the weights on the bar and he lifted, over and over. In his first year as a competitive lifter, he was bench pressing upward of 300 pounds. He set a Virginia title in his age group in March 2018 with 325 pounds and continued to put on the weight, lifting 363.7 pounds at a Maryland event in December 2018.

At the world championship, U.S. officials were coaching him to hold back, to only lift as much weight as he needed to win the class. He followed their instructions and won a gold medal with a lift of 336 pounds, even though doing less than his best is not his style.

“It does bother me when I know I can do more,” Jenkins said.

He’s looking forward to competing as a free agent later this summer at a South Dakota event.

“I won’t have any coaches holding me back,” he said.

Jenkins’ biggest cheerleader is the person who videos his events and supports him from the sidelines. He and his wife have known each other since junior high school and have been married for 39 years.

They commute from their home, near Mathias Point, to Washington together. He drops her off at the front door of the Department of Energy, where she’s a procurement analyst, then proceeds to his job as a contractor with the Department of Homeland Security.

They take U.S. 301 into the city, and when they first started the commute, they barely saw another car from the time they left King George County and crossed the Harry Nice Bridge, until they reached LaPlata, Md.

That’s hardly the case these days, but the longer commute hasn’t deterred Jenkins. Even though he’s up at 4 a.m. to start his workday—and doesn’t get back home until 6 p.m.—he still spends two to three hours, each Tuesday, Thursday and Saturday night, arranging dumbbells and lifting weights in his home gym.

“He’s very committed, he always has been,” his wife said. “Once he puts his mind to it, he does it.”

That includes keeping a firm grip on the weightlifting bar—as well as his emotions. The latter wasn’t easy in Japan, as he stood on the podium with a gold medal around his neck and heard his country’s national anthem being played.

“There, with all those strong men and women, you’ve got to keep your emotions in check,” he said, to which his wife deadpanned: “God forbid you show your emotions.”