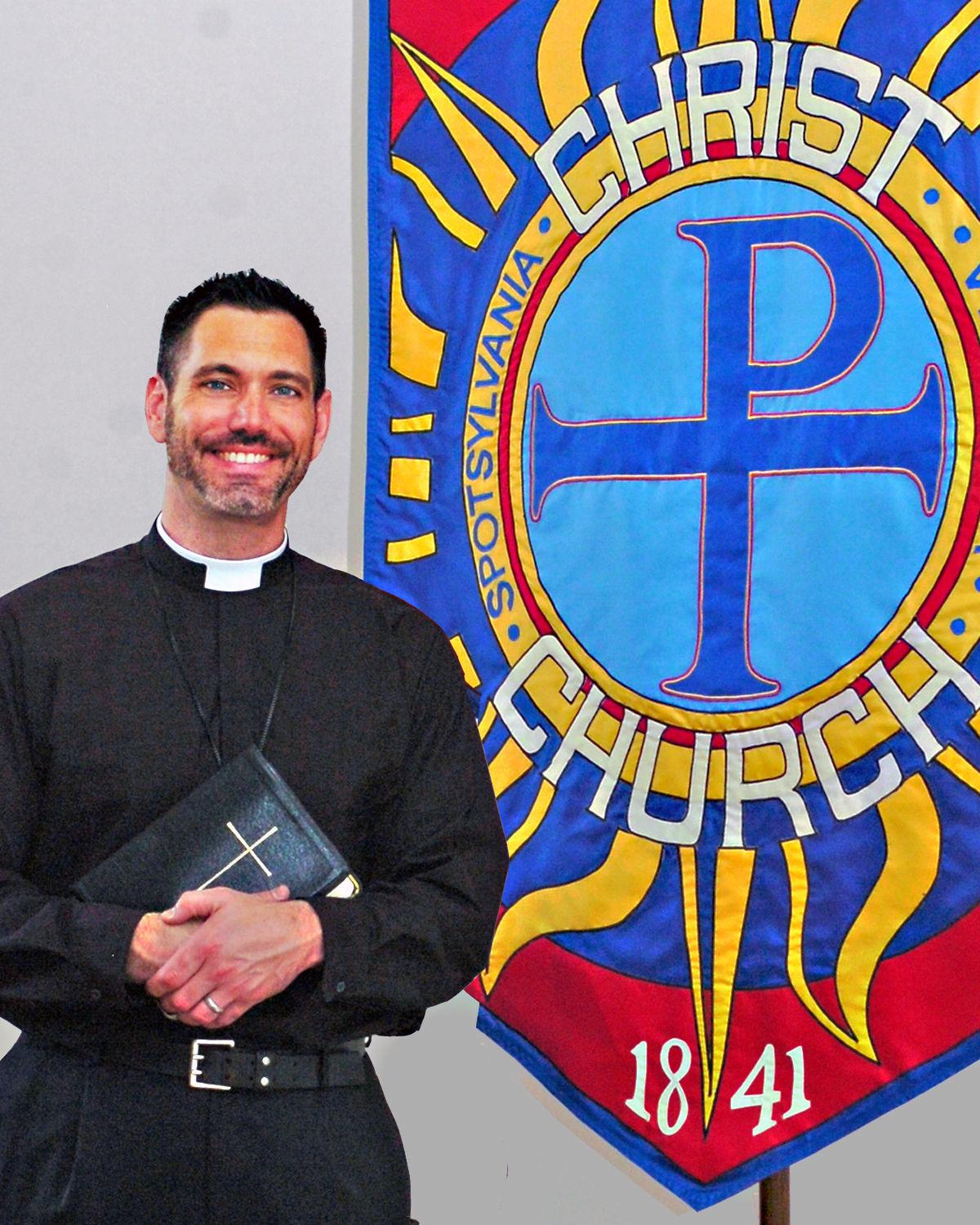 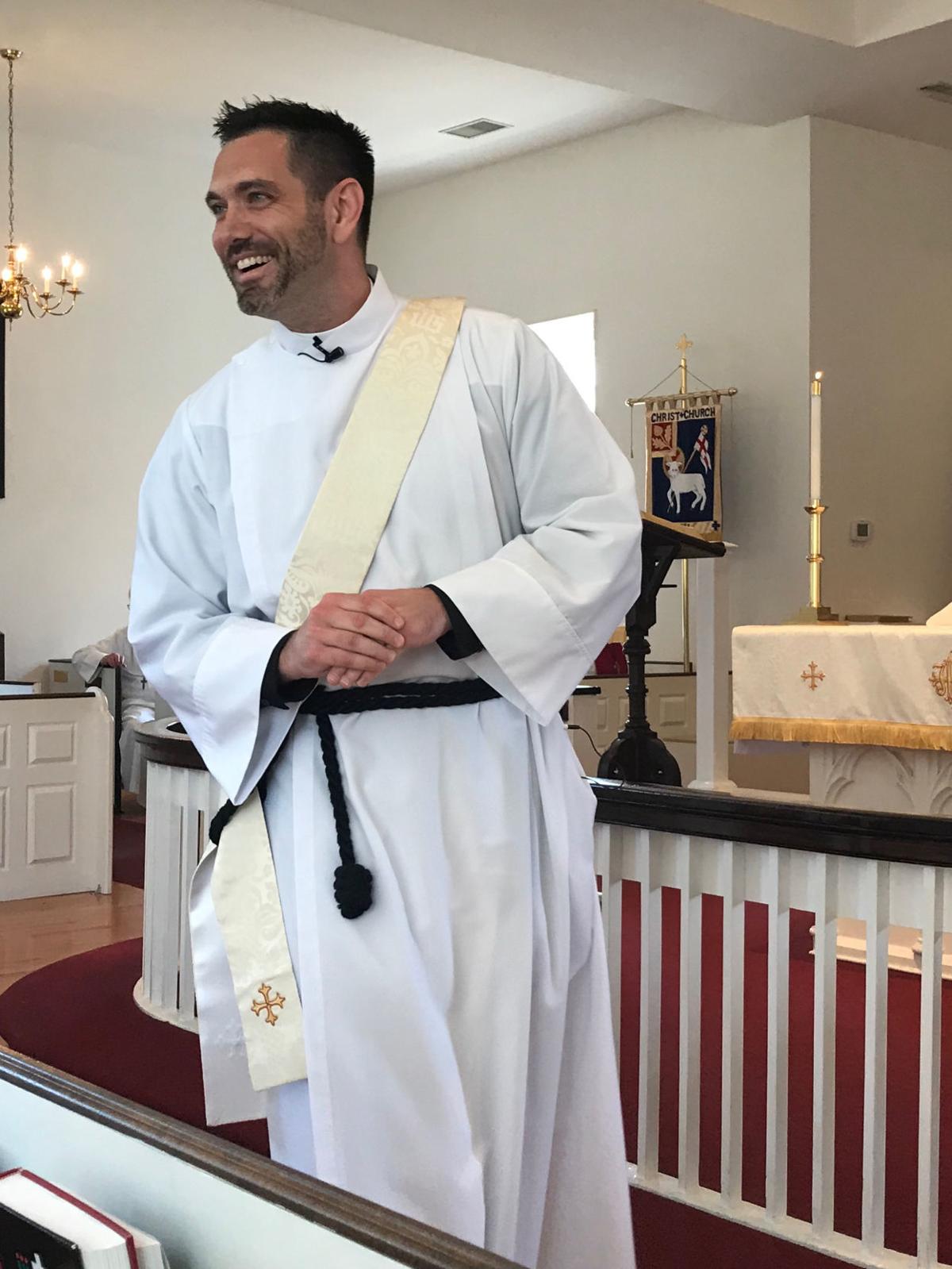 Daniel Johnson’s journey to the priesthood has had some interesting stops along the way.

There was his stint as a technical writer for defense contractors at Dahlgren; his master’s degree in Irish Literature from Queens University in Belfast; his Purple Belt in Brazilian jiujitsu; and his standup comedy act at various D.C. nightspots.

But beginning eight years ago, the 40-year-old Minnesota native heard a call that brought everything together and changed his life —a call that has led to his becoming the new rector of Christ Episcopal Church at Spotsylvania Courthouse.

When Johnson and his wife, Shannon, began attending services at St. George’s Episcopal Church in Fredericksburg in 2011, he felt himself reconnecting to a faith community in a way he had not experienced since his Roman Catholic upbringing. He credits the Rev. Gay Rahn, then the associate rector at St. George’s, for helping him to see the way forward.

Now, two months after arriving at Christ Church and three months after graduating from Virginia Theological Seminary, Johnson is listening and learning with his parishioners as they reflect on “what we need to do to live into that next stage” of their life together. Johnson hopes that, whatever the parish decides to do, “it will be grounded in prayer”—that those who come to Christ Church will say “this is a place of prayer.” In “a culture obsessed with controversy and conflict,” Johnson sees the church as “a symbol of unity in the world.”

Johnson and his wife live in the Ferry Farm area of Stafford County—the county where Shannon works as a fifth grade teacher at Grafton Elementary School. Logan, 16; Aubry, 13; and Rhys, 2; complete the family circle.

Johnson notes how the diversity of his background can be reflected in his ministry. Jiujitsu, one of three martial arts in which Johnson is expert, is based on the notion of “how you can get it done based on who you are,” says Johnson, who has seen confidence in children bloom once they learn patience, fortitude and endurance. Much of his technical writing career involved talking to engineers to understand their projects and goals—building links of understanding.

And Johnson says he might even occasionally break out the bass guitar he played as a member of a band that focused on alternative music of the ’90s.

Along the way, he hopes his passion will help to spread the word about the Episcopal Church—”the best-kept secret in Christianity.”