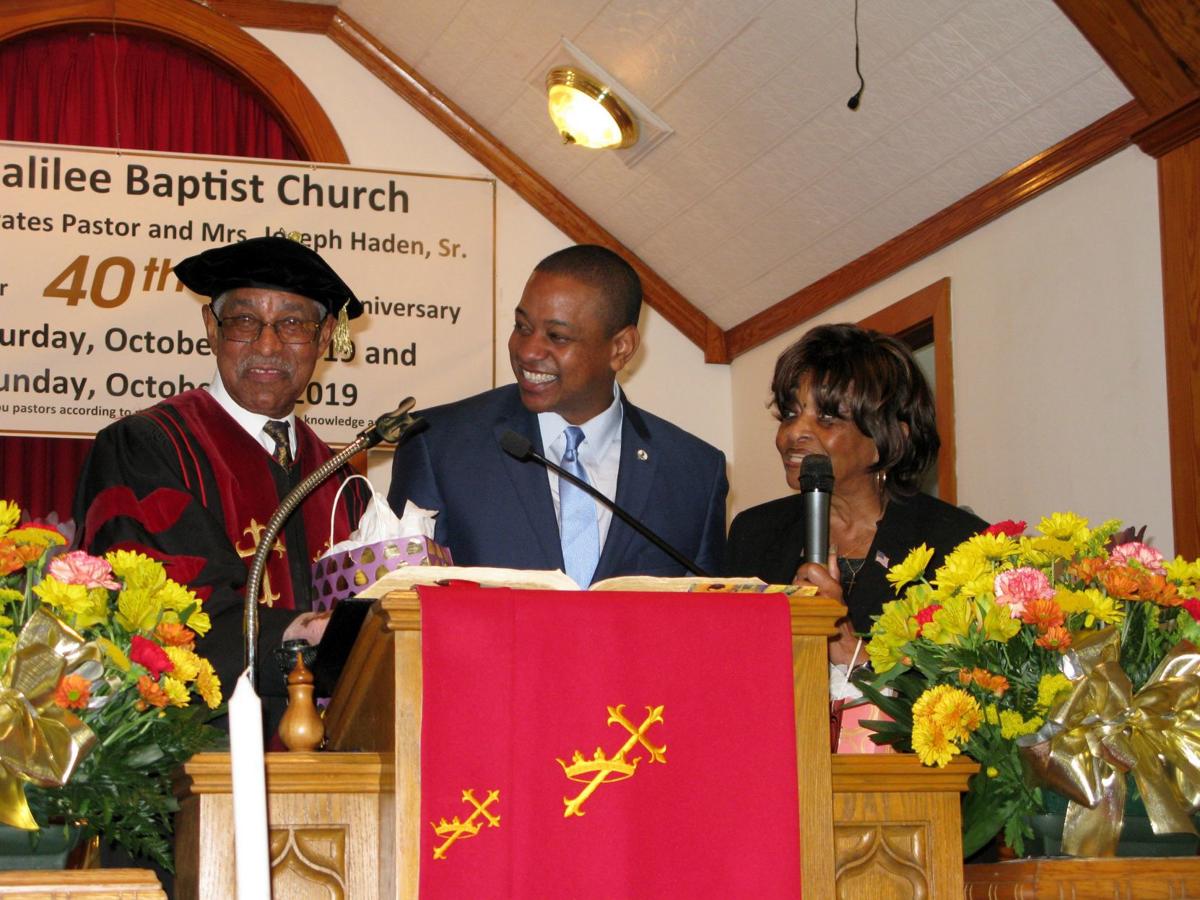 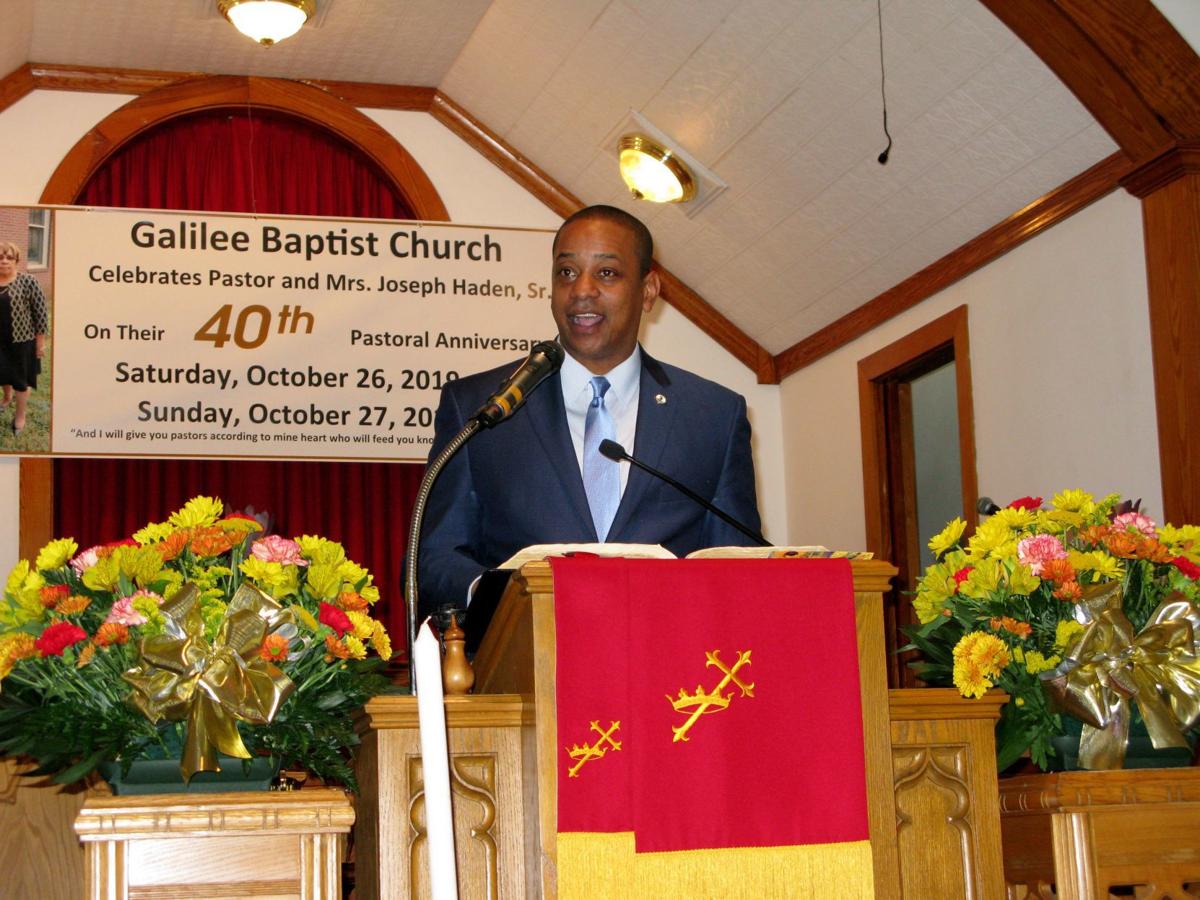 Haden, with wife Diane, was born in Goochland and is the 12th pastor to lead the historic church. 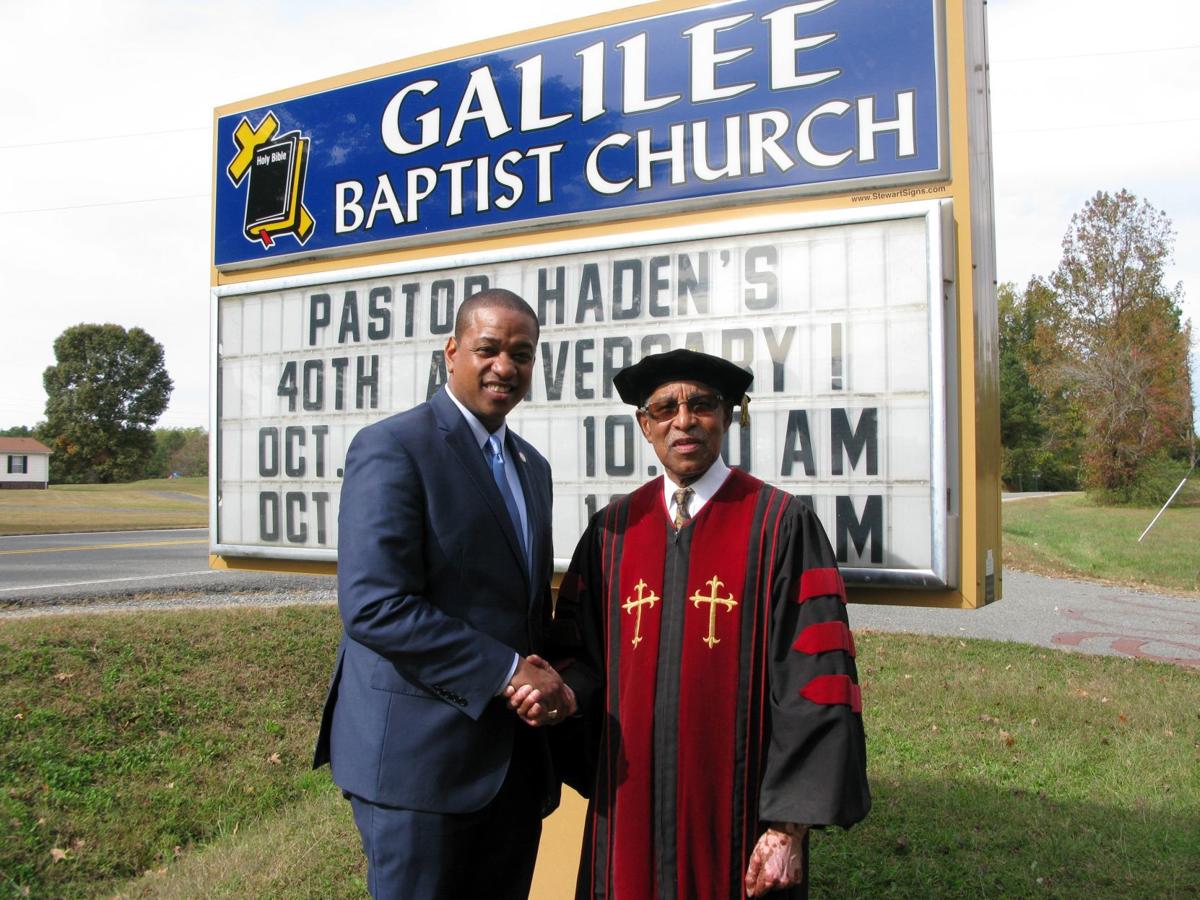 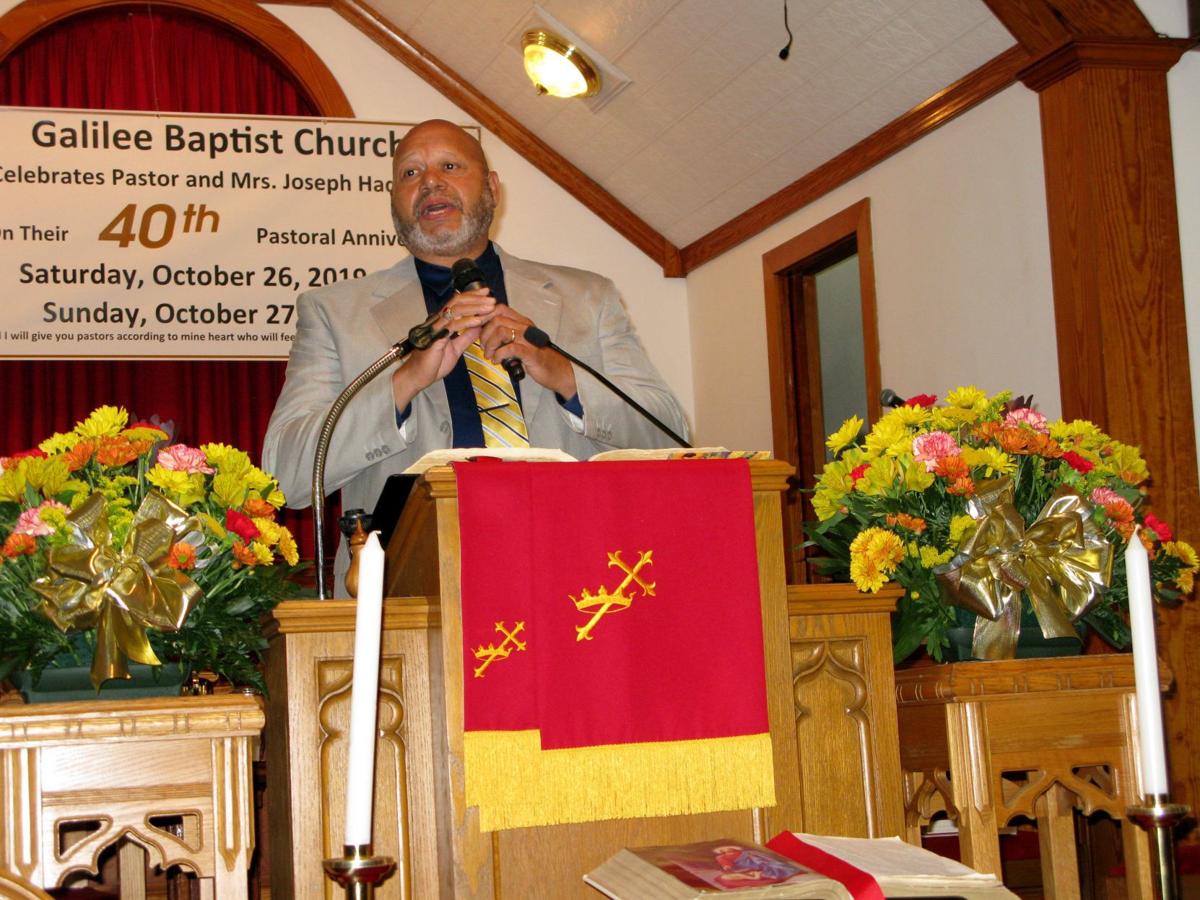 Haden, with wife Diane, was born in Goochland and is the 12th pastor to lead the historic church.

The Rev. Dr. Joseph Haden Sr. recently celebrated 40 years as pastor of Galilee Baptist Church, drawing an impressive list of local educators and government officials, including the state’s lieutenant governor, to the 150-year-old church in Montross.

“Indeed, the entire commonwealth has benefited from your four decades of generous service and leadership,” said Fairfax, who proudly talked about his ancestral connection to Virginia slaves.

Haden is the 12th pastor to lead historic Galilee Baptist Church, taking the helm in October 1979. Born in Goochland and educated in Virginia, Haden worked in various capacities in the King George County Schools system. Before retiring in 1997 after 30 years of service, he was supervisor of public information and federal programs for five years. It was in 1997 that Haden founded and began publishing Educational Pathways magazine, a publication that highlights leaders and specialty programs at the nation’s historically black colleges and universities.

“This anniversary celebration is an occasion not only to commemorate your commitment to the needs of the congregation but also to recognize your extra dedication to improving the entire community. You should be very proud of the work you have done to promote faith and good citizenship,” said the former Virginia governor and senator.

He is founder of the Minority Law and Research Institute, a two-week experiential learning program that enables high school students to study and research law as they participate in a mock trial. MLARI is held each year on Southern University’s campus in partnership with the Southern University Law Center in Baton Rouge, La. MLARI’s 20th annual cohort will celebrate in June 2020.

Carlos Allen attributed his success in life to a fateful meeting he had with Haden while at King George Middle School years ago. He participated in a study abroad program that Haden created and coordinated with Chessington Community College in London.

“I was introduced to Pastor Haden while I was in the principal’s office,” said Allen, struggling to hold back a chuckle. “You get to a fork in the road, you either go left or right. After that day, I met a great man who believed in my future. I’m a father of three, a husband of 10 years and a school resource officer.”

Jonathan Gray, who participated in the MLARI program, said, “Rev. Haden has done so much for the community. Rev. Haden puts college in your face. He will not only encourage you to apply, but he will take you so you can see what it is about.”