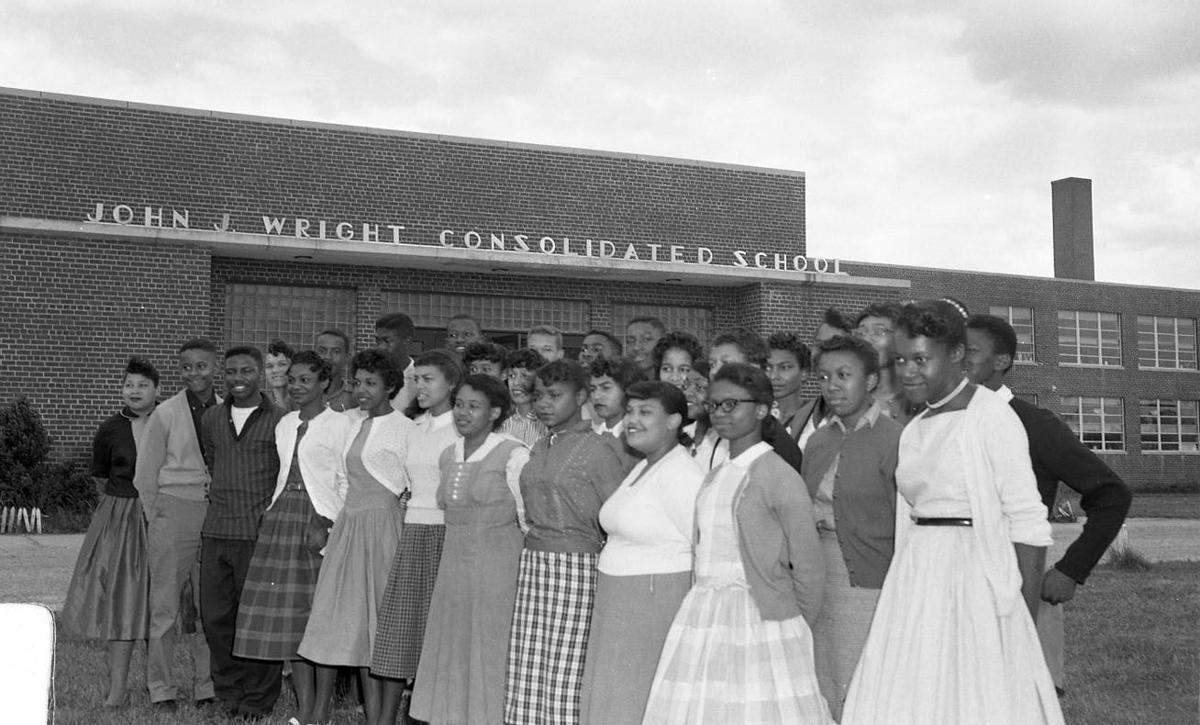 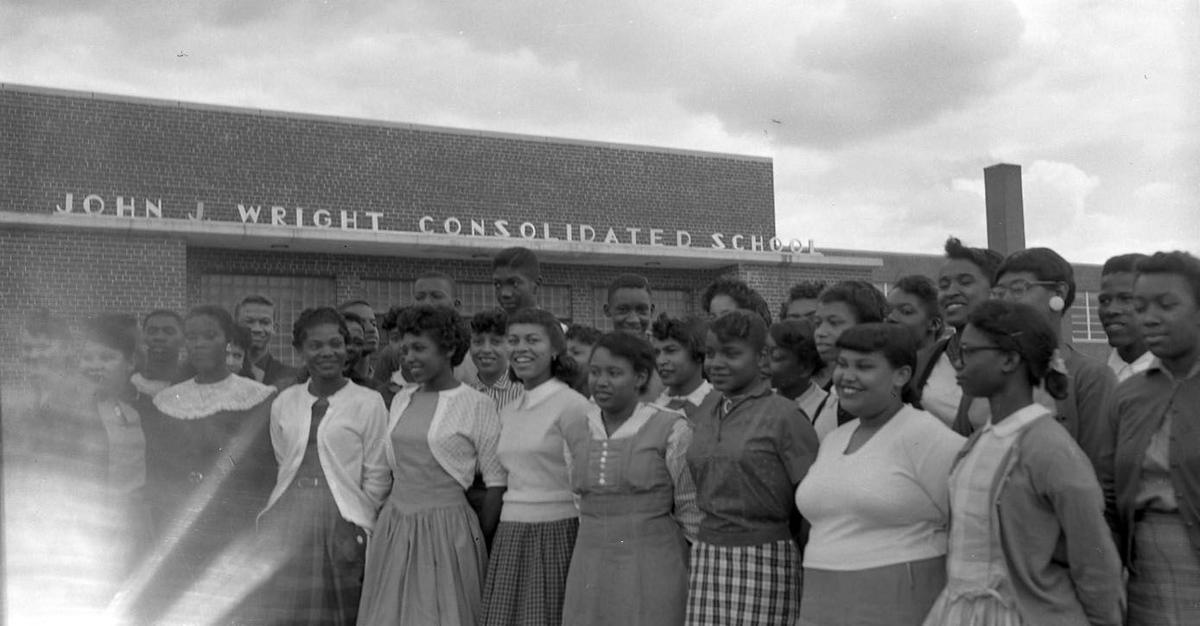 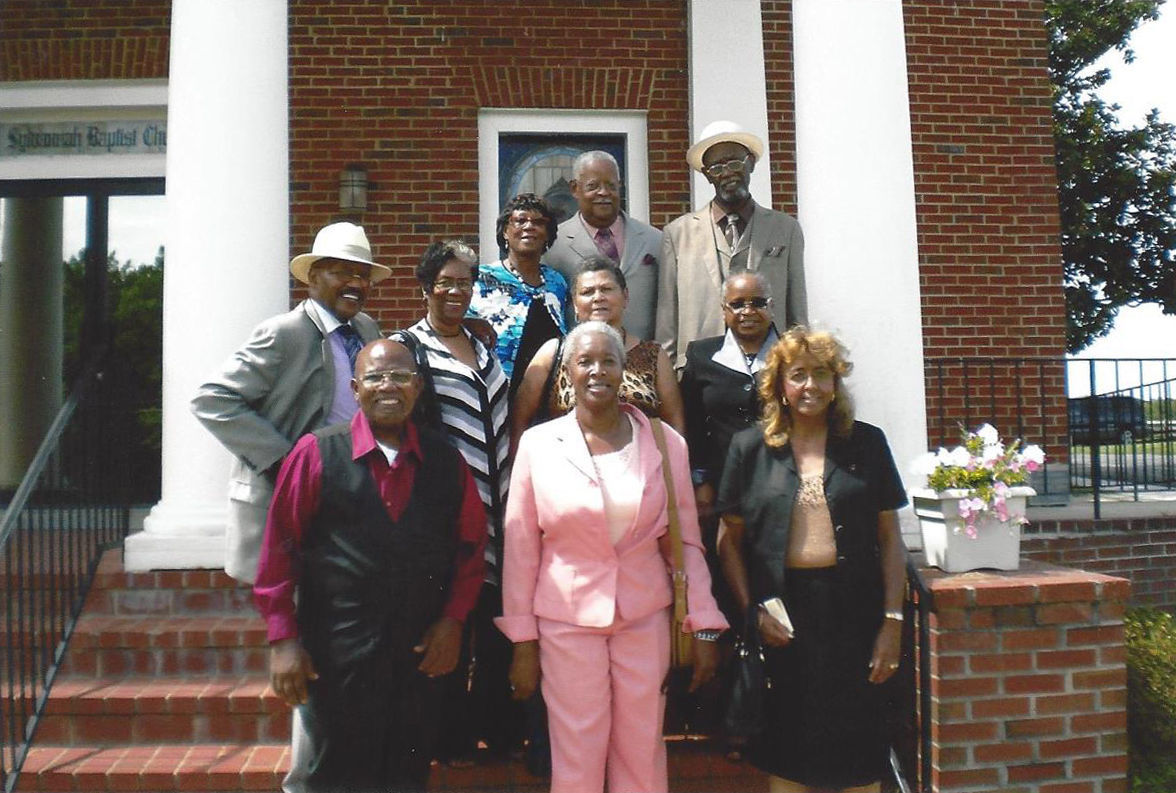 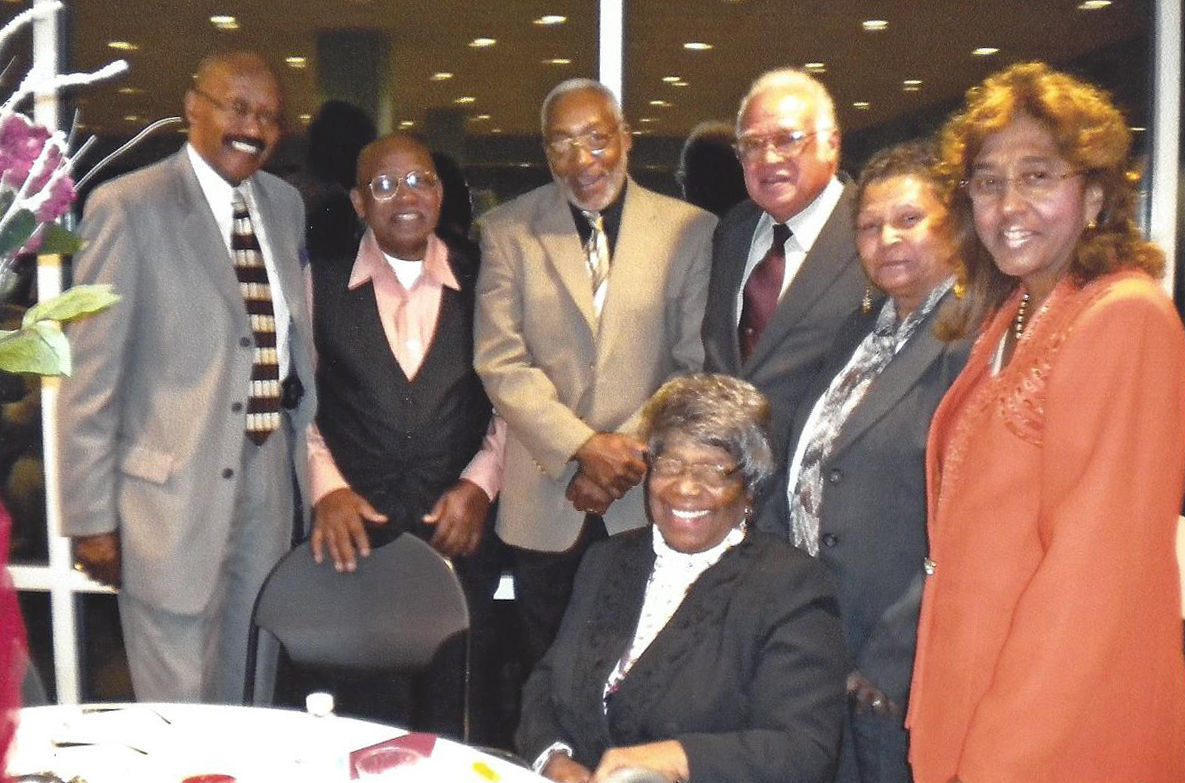 This weekend, a group of classmates will walk into the same Spotsylvania County cafeteria where they enjoyed lunches together six decades ago.

To mark their 60th reunion, members of John J. Wright Consolidated School’s Class of 1959 will gather for a banquet and other events on this “joyous weekend,” said JJWCS graduate James S. Dyson of Silver Spring, Md.

Many of the group who graduated from the segregated, black school—which taught only grades 1–11 at the time—have kept in touch.

“Our motto for this year is ‘60 years and still together,’ ” said Lillian Hart Brooks, who still lives in the county and was the class valedictorian. After college, she returned to her school, where she worked in the administrative office for 38 years.

Many of Brooks’ classmates also went to college, both in state and out. Some would stay in their hometown, working and serving the community they were raised in. Others would serve in the military. The classmates would embark on careers in law, government, education and a variety of other fields. Many credit JJWCS for helping them build a foundation for success.

“The education we received was actually superior,” said Vashtye Ferguson, a local artist who served in the Peace Corps after graduating college and spent much of her career managing nonprofits. “We got a high-quality education. I think today, things are a bit scattered.”

The consolidated school, named for a teacher and community leader, opened in 1952. Before then, Spotsylvania’s black, elementary-age students attended one-room schools throughout the county. Many of the 1959 graduates attended these schools before JJWCS opened.

“When we consolidated, it brought people from all the communities into one building,” Dyson said. “From then on, we were together until graduation.”

Many of the classmates stressed the significant sense of community at the school, as well as the top quality of their educators.

“All the teachers were beautiful people,” said Dyson, who explained that because blacks were limited as to the places they were permitted to visit, students often saw school staff out of school.

“The school’s principal and three of my teachers went to church with me every Sunday morning,” he said. “And the teachers went by my house every day on the way home. If I did something wrong at school that day, they’d stop by and tell my mother. They’d eat some cake, get me in trouble and then go on home. It was community. It was just a unique time.”

Classmate Rita Henry remembered, “Our teachers were an extension of our parents. They taught us with love and disciplined us when needed.”

And it wasn’t only teachers who commanded the students’ respect.

When Henry and her classmates attended the school, it was helmed by Principal A.L. Scott and Superintendent Melvin Snow, who “ran that school with an iron hand,” Dyson said.

“There was never an occasion where anyone challenged Mr. Scott on anything that went on in the school. He made final decisions. He was the Supreme Court, and I don’t know that anyone ever appealed what he mandated,” Dyson said.

“When he stepped into the hallway, we automatically lowered our voices. We did this not because we feared him, but because of respect,” she said.

Among the members of the Class of 1959 is one of the principal’s sons, Donald Scott, a retired Air Force officer and software developer who lives in California and is attending this weekend’s reunion. Scott’s mother also taught at the school.

“Most of our teachers were godsends. They genuinely cared about their students, every one of them. In that segregated society, the most capable black people seemed to become doctors, preachers, teachers or funeral directors,” Scott said. “As such, the best of the best, especially women, were our teachers. They educated us and prepared us for life more comprehensively than is available to today’s children in public schools.”

‘THE OGRE UNDER THE BRIDGE’

Scott said being the son of his principal and teacher had little impact on his time at school, but his position offered a look at some of the behind-the-scenes factors of segregated education.

“My father and my mother ... insisted that my brother and I receive no preferences because of our parentage,” Scott said. “However, my home life was impacted. I saw my parents’ superlative work ethic. ... I also remember the grief my father endured when he would come from a Board of Education meeting where he was forced to accept inferior school materials, supplies and support. We received hand-me-downs that had been used by the white students beyond their usefulness. This was true of textbooks, materials, desks, buses and anything else which was supplied by the county. This was a grievous hurt then, and its memory still hurts today.”

Despite the myriad difficulties and complexities brought on by the day’s segregation policies, several classmates said they did not dominate discussions or their schooling.

Ferguson said, “We were there at the school for one reason. And that was to get an education.”

School “was a safe place,” Dyson added. “High school was a haven from all the troubles in the world for the students.”

Fellow 1959 graduate Carolyn Brooks Strickland said, “We were able to understand what was happening—not necessarily liking it, but we were able to deal with it and still go on with our lives. Which is why we are where we are today and doing as good as we are today.”

Scott added, “Segregation was a given. We all knew it was constant and reprehensible; the ogre that lived under the bridge. We were aware that it controlled and limited us, and especially impacted our parents on a minute-by-minute basis. We knew these things and there was little need to talk about them. Our teachers, however, found ways to let us know we were not substandard in any way; that we were always at least equal to all others in all ways.”

But that doesn’t mean the issues never came up.

“Every day when we passed Spotsy High School, we saw the white kids sitting on the lawn, holding hands, wearing blue jeans and bobby socks, smoking cigarettes. We couldn’t do that then. We had to hold ourselves differently,” Dyson said. “How come we had to sit upstairs at the movies? How come [our fathers] had to go to the back of the bus? How come [the white kids] were allowed to bring cards to school? It was a constant conversation. But we also had constant reinforcement from our mentors, who were telling us we needed to just keep doing what we needed to be doing.”

On Saturday, several of the classmates—as well as a few of their teachers—will look to the past as they recount memories of their school days.

“I haven’t been in the cafeteria for all these years and it’ll be interesting to see what the changes are,” Ferguson said. “I expect that we will have a wonderful evening.”

Henry agreed, adding, “What a great milestone. ... Also to have four of our teachers to join us and be recognized and appreciated. This is very special.”

But as they reminisce about the past, it’s also important to the former students that their legacy is not lost, and that future generations understand the trials and triumphs of their educational experiences.

“There was a time in the United States when public elementary through high school education was ‘as good as it gets.’ That time was the last 10 to 20 years before desegregation. One group of recipients of that quality education were the African American children who resided in Spotsylvania County,” Scott said.

“We just need to continue to tell the story of survival. … The important thing is that we not forget our heritage,” Dyson said. “Our people were poor people, a second generation out of slavery. ... And yet we’ve sustained as a community. We were self-reliant. When people’s houses burned down, they came to the school for help and the schools and churches collected stuff. When it came time to build a school, [the original] John J. Wright was built by a black man. Where’d they get the money from? It was the Sunday School Union; it was church and community. It was all we had.”

The classmates acknowledged that the way in which they grew up would be foreign to today’s youth.

“Now, you don’t even communicate [in person]. People use those darn text messages. Forty years ago, you wanted to say something to somebody, you walked up to them and said it. … It was a simpler life. People were also poor, also oppressed, but we were still a community. Neighbors were your neighbors all your life,” Dyson said.

That particular brand of community, he said, “is never going to come back ... but it’s good to share with people.”

Dyson continued: “I grew up in the best of times under the worst of circumstances. Deprived of almost everything, with a lot of pride and dignity and with parents who believed education was the way out.”

The library of the Courthouse Road building, where the JJWCS Class of 1959 will gather for its 60th class reunion Saturday, also houses the John J. Wright Educational and Cultural Center Museum

Among the exhibits at the museum is "The Walls Come Down: Desegregation in the Fredericksburg Region," which explores how desegregation took place in area schools and lunch counters, according to the center's website. The exhibit will be on display at the center into the fall, and then will be made available to travel to local middle and high schools, the website says.

James Dyson and fellow '59 grad David Coleman, as well as other students, were at the wheel of the school bus, transporting their classmates to and from school, at age 16.

"It was nice," Coleman said of the job. "We didn’t have any problems. We knew everybody on that bus, and we knew their parents, so if there was a problem, we would talk to them."

Student drivers' pay (about half of what the adult drivers made, Dyson said) helped Coleman make it through school, he said.

Dyson added, “You didn’t have the juvenile issues on the bus [that you have today.] We sang songs all the way home. I enjoyed it. It was an opportunity to socialize with the kids on the bus, too. We would spend two hours together in the morning and two hours together in the afternoons. You became well-acquainted with them. It was a good experience.”