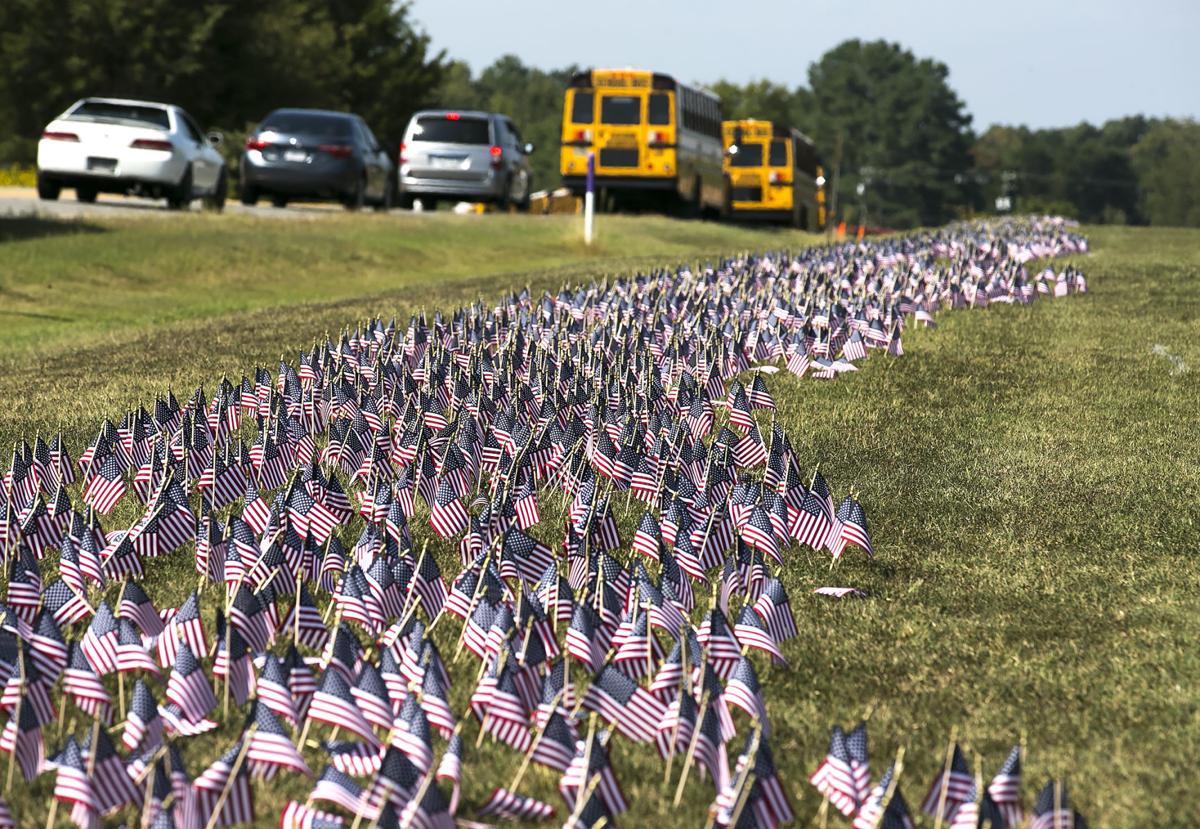 Members of the Young Americans for Freedom Club placed 2,977 flags near Courtland High. 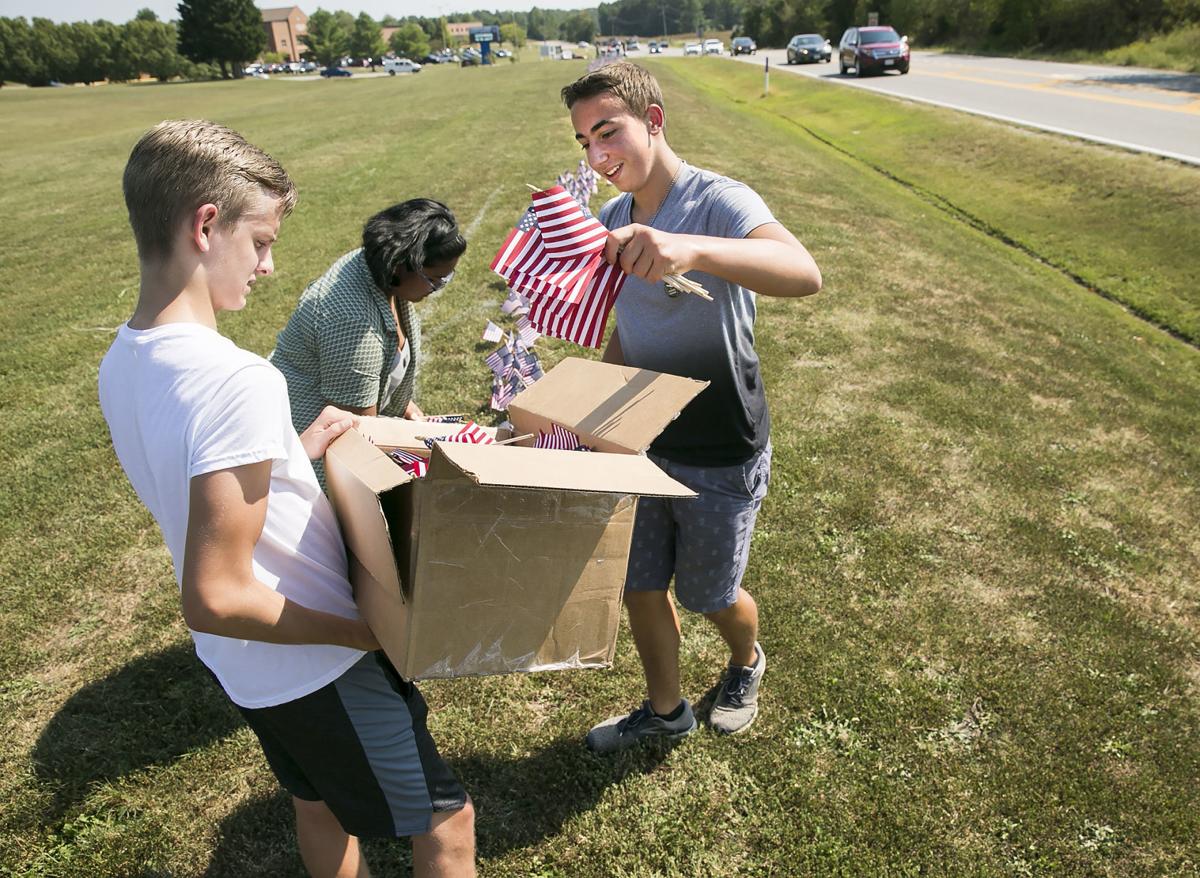 Members of the Young Americans for Freedom Club placed 2,977 flags near Courtland High.

A group of students from Courtland High School placed 2,977 flags along a busy Spotsylvania County road on Wednesday to honor and remember those killed in the Sept. 11, 2001, terrorist attacks.

Kyle Wright, a 16-year-old Courtland High School junior, led the group of eight students from the school’s Young Americans for Freedom chapter, who began setting up the flags at 6 a.m. Members of the student group—which has chapters in many schools across the country—took about 90 minutes to set up the massive display along Smith Station Road.

The local effort was part of a nationwide campaign led by the Young America’s Foundation, a conservative outreach organization, in which 200 high schools and colleges across the country participated in the foundation’s “9/11: Never Forget” project. That project included flag displays and other events to commemorate those killed in the 2001 terrorist attacks.

Although not alive at the time of the attacks, Wright said he was participating in Wednesday’s event to help remember those lost in the tragedy, especially those in New York City. Wright said he has deep family ties there.

“My family is centered around New York,” said Wright. “My uncle was a first responder and my grandfather was a firefighter in New York. I don’t have any memory of what happened on 9/11, but from what I gather—it was very catastrophic.”

The Young America’s Foundation donated the flags, stickers and other materials for the 9/11 commemoration to Courtland High School’s Young Americans for Freedom chapter.