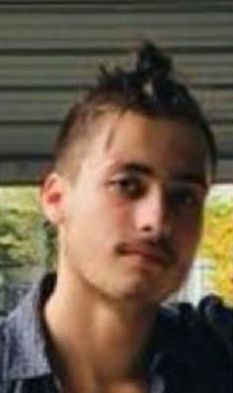 Three people who were involved in the dismemberment of a 19-year-old woman after she was shot and killed in Spotsylvania County in 2018 received active prison sentences ranging from 13 to 21 years Monday.

Juan Benavidez III, 20, of King George County, and Keelyn R. Codynah, 25, and Robert Keating, 27, both of Spotsylvania, were sentenced for their roles in the post-slaying cover-up and mutilation of Megan Metzger after the young Pamplin woman was shot in the face and killed on July 17, 2018, during a methamphetamine-fueled gathering at Keating’s home in Post Oak.

The man who killed Metzger, 22-year-old David W. Newton of Spotsylvania, is serving a 40-year prison sentence after being convicted of first-degree murder.

Benavidez and Codynah, who severed multiple parts of Metzger’s body after the slaying, were ordered by Spotsylvania Circuit Judge William Glover to serve 13 and 16 years, respectively. They were previously convicted of multiple charges, including defiling a dead body and being an accessory after the fact of murder.

Benavidez’ sentence far exceeded the recommended state sentencing guidelines, which called for a maximum sentence of two years and two months in prison.

Keating’s 21 years was the stiffest penalty handed down by Glover on Monday. His attorney, Tim Barbrow, argued that he should not be punished as harshly as the others because he did not kill Metzger, nor was he part of the dismemberment.

Keating and several family members openly sobbed as his sentence was being announced.

The three separate sentencing hearings took most of the afternoon. Metzger’s mother, Patricia Metzger, and other supporters gasped as prosecutor Jeff Adams again recited how the victim’s toes, fingers, tongue and head were cut off as part of a sinister plan to hide the evidence.

Patricia Metzger got a couple of chances to testify about how the grisly incident has devastated her and to express her disdain for the defendants.

“Every time I come into this courtroom, I hear one more detail that is more gruesome and horrific from the last,” Metzger said while addressing Codynah. “This is the worst horror you can ever imagine. You all deserve life.”

Metzger lamented that the co-defendants in her daughter’s death had more than 90 criminal charges prior to the slaying. “How were these people even out?” she asked.

State police Special Agent Joseph Root testified that the group of drug users ended up at Keating’s house for several days that week. Some of them barely knew each other.

Benavidez, for example, told police he went to the home to meet with Newton about a potential job. Next thing he knew, everyone was using methamphetamines, he said.

Metzger had come to the house at the invitation of Newton. Their relationship was unclear, but there was testimony that they had met at a mental health facility a couple of years earlier and had recently reconnected on Facebook.

While Metzger went somewhere with Newton, Keating began rummaging through her purse, according to the evidence, and found a card that he mistakenly thought indicated she was a police informant.

He told Newton about his suspicions upon his return, and Newton was later heard yelling at Metzger about being “a [expletive] narc.” Benavidez was in the room and saw Newton point the gun directly in Metzger’s face and fire a shot.

As everyone fled to a door leading outside, Codynah told Keating, “Davey [expletive] up.” There was initially talk about claiming Metzger committed suicide, but that plan was nixed because Keating did not want police at his house. Keating was dealing drugs from the home at the time.

The group went to the nearby trailer of Laura Denekas and resumed getting high. Denekas has since been convicted of a single conspiracy count and has a sentencing scheduled for May 1.

Codynah and Benavidez said they were later ordered by Newton to dismember the body and to clean up the room. Authorities said they cleaned so well that crime scene investigators who later went to the home couldn’t find any evidence of what had happened.

Benavidez said Newton threatened to kill him and his family if he didn’t comply in the cover-up. Codynah said she was also intimidated and both said Keating collected everyone’s keys so that no one could leave.

They eventually loaded the severed body parts into multiple totes and stashed them in the trunk of Metzger’s car. At one point, there was talk of dumping the remains at a pig farm in Louisa, but Benavidez eventually took them to separate spots in Fairview Beach. He then drove the car to Westmoreland County and set it on fire.

Keating and Denekas took the gun to Washington, where Keating traded it for more drugs that he split with Newton. Keating was already a convicted felon and was not legally allowed to possess a firearm.

The car fire was set about a day after Metzger had been killed. Benavidez was apprehended outside a Westmoreland home early July 19 and eventually took investigators to where he’d stashed the body parts.

Codynah unsuccessfully attempted suicide after the slaying, according to testimony, and talked to investigators shortly after waking up from an attempted overdose. Authorities said the information obtained from Codynah and Benavidez was instrumental in the investigation.

Judge Glover used words like “depraved,” “disgusting” and “inexcusable” in describing the case and pronouncing the sentences.