An Orange man suffered life-threatening injuries in a head-on collision with a tractor-trailer early Wednesday on State Route 20. 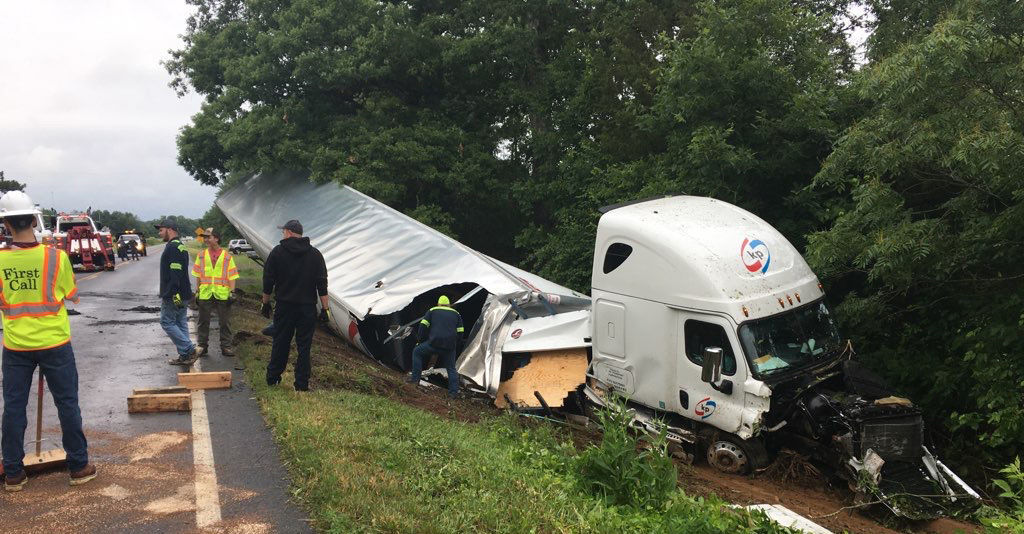 An Orange man suffered life-threatening injuries in a head-on collision with a tractor-trailer early Wednesday on State Route 20.

An Orange man suffered life-threatening injuries in a head-on collision with a tractor trailer early Wednesday on State Route 20 near Rhoadesville.

A 2005 Chevrolet Suburban was traveling south on the two-lane highway when it crossed into the opposite travel lane and collided head-on with a northbound 2019 Freightliner tractor-trailer, according to a news release Thursday from Virginia State Police spokesman Sgt. Brent Coffey.

The impact caused the tractor-trailer to run off the southbound side of the roadway.

The driver of the Chevrolet, Omari R. Grey, 42, of Orange, suffered life-threatening injuries and was transported to VCU Medical Center in Richmond. Grey was wearing a seatbelt, police said. His current condition was not immediately available.

The driver of the tractor-trailer, a 59-year-old male, of Rural Retreat, was uninjured in the crash. He was wearing a seatbelt.

The crash closed Route 20 for hours on Wednesday and remains under investigation. Assisting State Police at the scene were the Orange County Sheriff's Office, Orange County Fire and EMS, and VDOT.