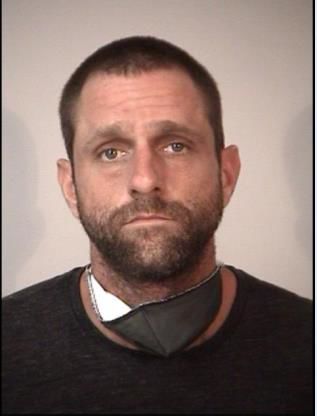 Two local men are facing felony charges after being accused of going into a broken-down vehicle in southern Stafford County and helping themselves to various items, authorities said.

Sheriff’s Maj. Shawn Kimmitz said a woman was on the Blue and Gray Parkway near Kings Highway at about 5:30 p.m. Thursday when her vehicle broke down. She left the vehicle on the shoulder in hopes of having it repaired later that evening, Kimmitz said.

When her husband showed up at 9 p.m. to fix the vehicle, he saw a Dodge van parked behind it. The driver of the van honked the horn, and he saw someone get out of his vehicle and get into the van.

The van left the area, but the husband got the license plate number. Missing from the disabled vehicle was an iPhone, an automotive diagnostic scanner, a camping axe and about $40 in loose change.

Deputy Alexius Layug spotted the Dodge and the two suspects the next day at the 7-Eleven at Kings Highway and Ferry Road. A search of the van turned up the stolen camping axe and a small amount of marijuana, authorities said.

Both were taken to the Rappahannock Regional Jail.