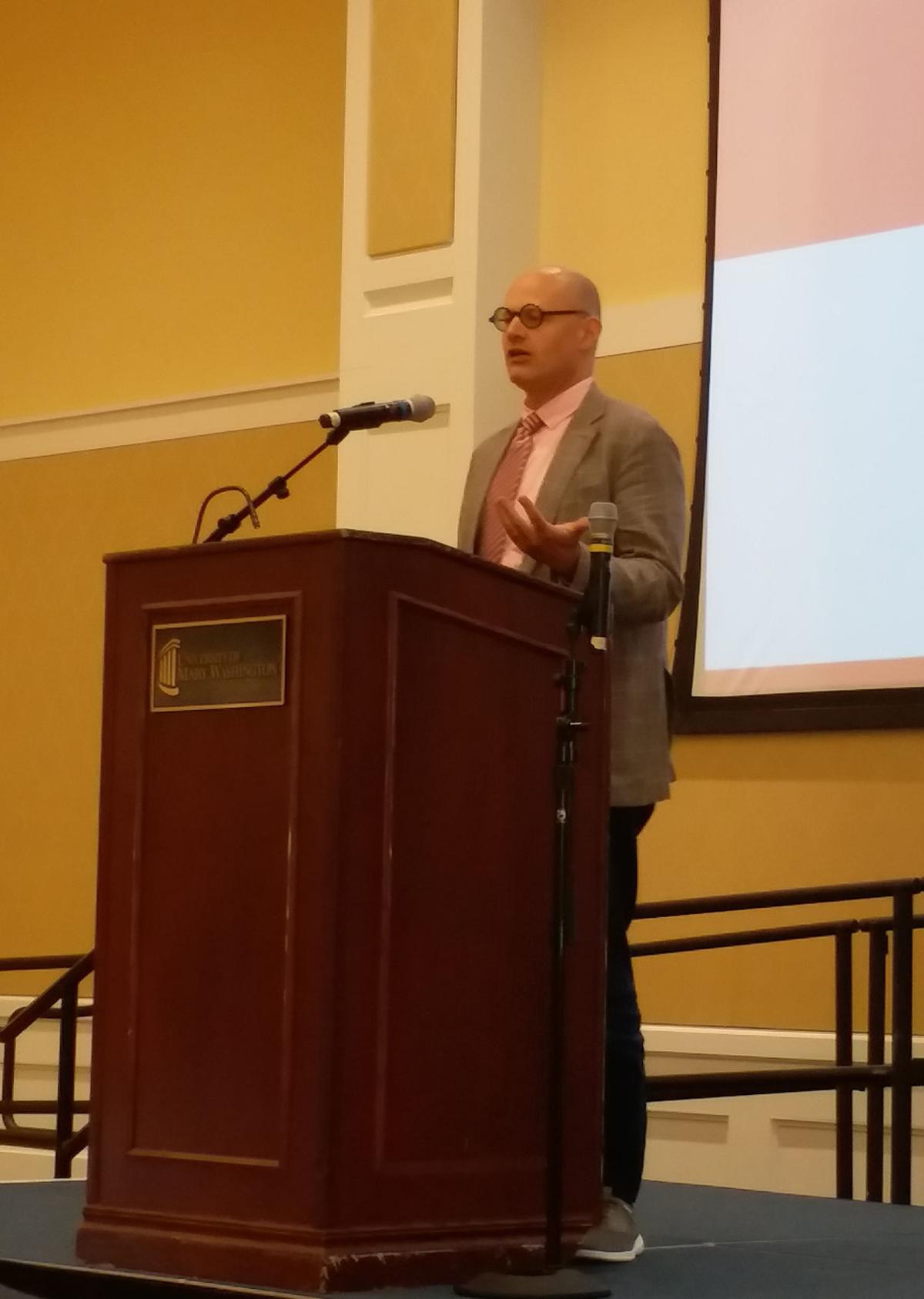 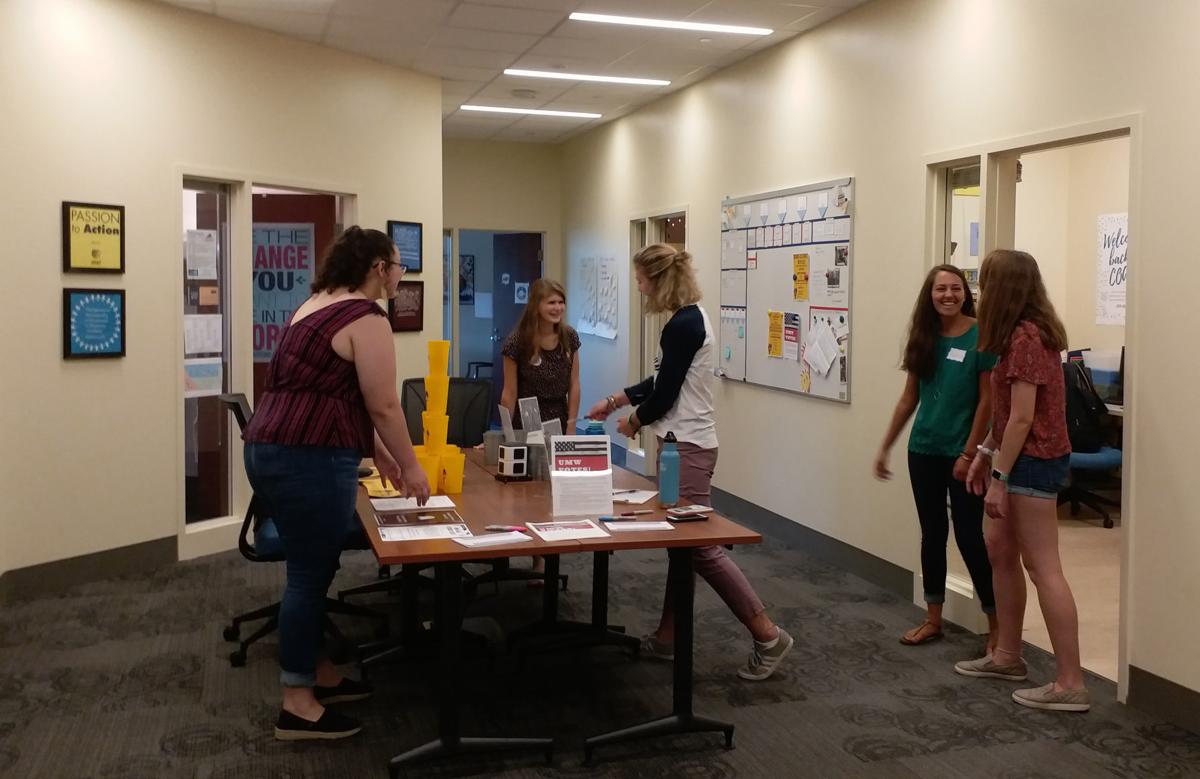 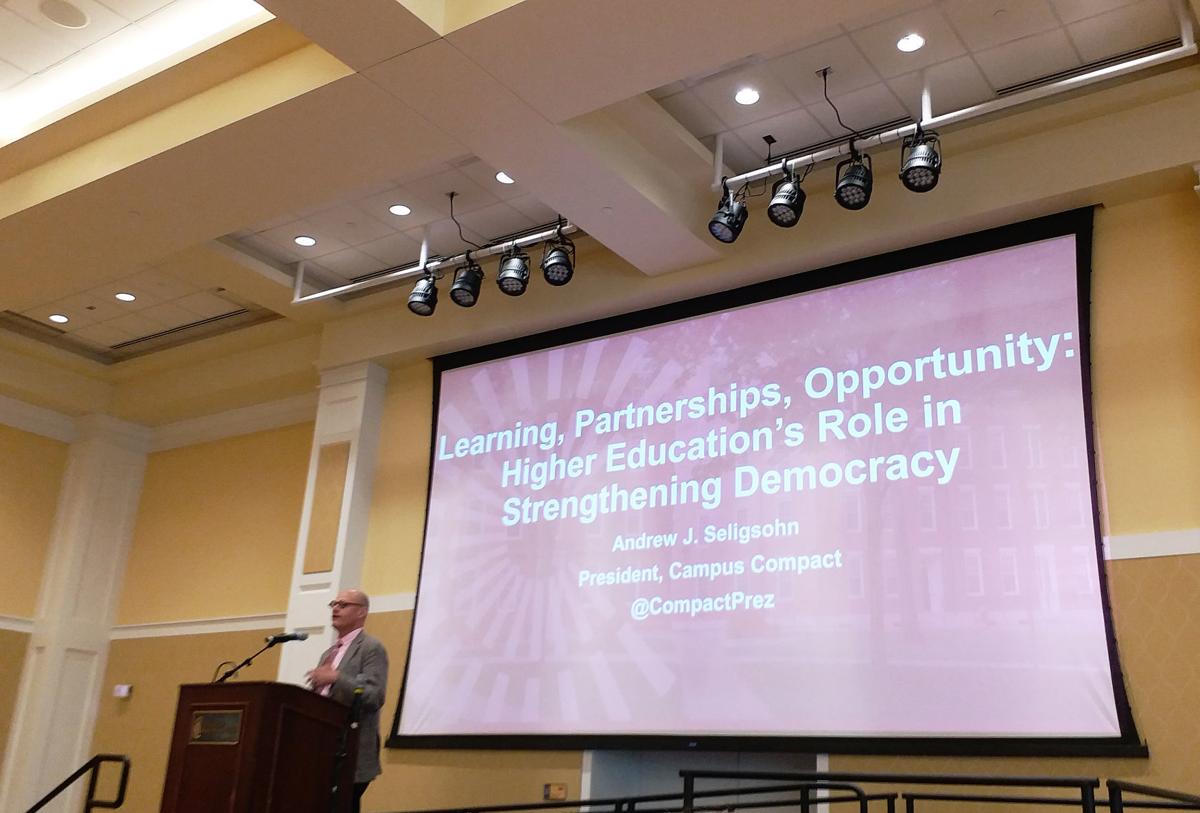 At the Center for Community Engagement at the University of Mary Washington on Monday evening, a group of student volunteer leaders waited for community and faculty visitors to wander in after a full schedule of events in honor of the center’s official launch during the day.

One student, sophomore Carleigh Rahn, asked the others to fill her in on a late-afternoon talk by Andrew Seligsohn, president of an organization called Campus Compact, which she missed due to her own volunteer commitments.

“It was about how people don’t really trust the federal government to make sustainable change, but smaller groups making change in their communities is more effective,” explained senior Elisabeth DellaRova. “So, we are those smaller groups.”

The center, on the third floor of University Center, took over the space formerly used by the Center for Honor, Leadership and Service. It’s a small office suite that also houses Community Outreach and Resources, more commonly known as COAR.

“We want to connect students, faculty, staff and community,” said Leslie Martin, the center’s faculty director, who is also an associate professor of sociology. “A lot of folks were doing this in different pockets and didn’t know how to support each other.”

Volunteers are involved in everything from food banks to refugee employment to equine therapy, with programs as short as a few hours or as long as year-round. The students are volunteers themselves, but also a resource for the rest of the student body looking for volunteer opportunities either as a class requirement or an individual interest.

Seligsohn was associate chancellor for civic engagement at Rutgers University, director of civic engagement at Princeton University and a political science teacher at Hartwick College. At the beginning of his comments, he asked the audience to think of what they considered the most pressing issue facing the United States.

He asked them to evaluate, by a show of hands, how likely they felt it was that the country would take “serious and sustainable” action to address that issue by 2022. Whatever their private thoughts on the issue, no one in the audience was confident real action would be taken. But many were confident that it would not be.

“That is a difficult situation to be in, in a political system that requires the active support of people, if we just don’t believe that the institutions charged with taking on the big issues will do so,” Seligsohn said. “It’s problematic.”

His response, and that of Campus Compact, is to identify universities and colleges as “anchor institutions” capable of contributing to change, and then to convince those institutions to invest in their communities, which will teach their students to do the same.

“Students pay attention to what their institutions are doing,” Seligsohn said. “They learn lessons from how seriously we seem to take the stuff we say, and the extent to which it’s really put into practice.”

After his talk, community leaders and nonprofit representatives mingled to discuss the new center and how it fits into the university’s strategic priorities, including new experiential learning requirements and new course designations to identify classes that will meet those requirements.

Political science professor Surupa Gupta and Kristen Larcher, a representative for Catholic Charities of the Diocese of Arlington Migration and Refugee Services, took the opportunity to check in and set up a “brown bag” lunch meeting for Larcher to come and speak with Gupta’s students.

Previously, students did individual projects, but only reflected on them with their instructors, Gupta said.

“Here, the expectation is they’re in the classroom talking about their experiences,” Gupta said. “That conversation was not happening before.”

Fully committing both to the community and to student development is key to the center’s goals, according to Martin.

“I do think about the civic purpose of higher education,” Martin said. “We have an obligation to being active partners. We want to find ways to invite students into that work … to make sure that by the time they graduate, they are prepared to be active and engaged citizens.”

If the student leaders have anything to say about it, the approach is paying off.

“I schedule around the tutoring I do because it brings so much—joy, I guess—but also peace. It provides a break in my homework,” Rahn said, as other volunteers nodded vigorously. “We all feel that way. … We’re working together, and it adds a layer to the bond we form.”