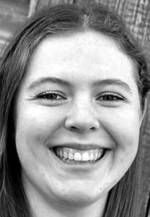 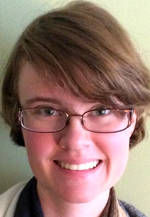 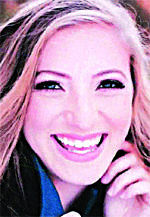 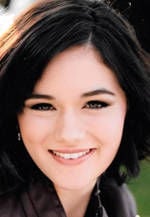 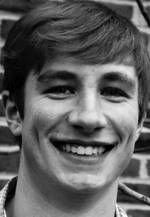 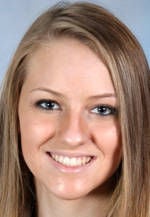 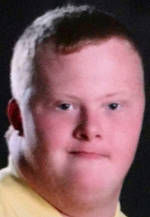 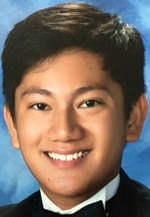 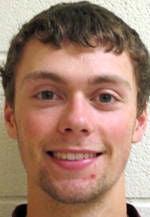 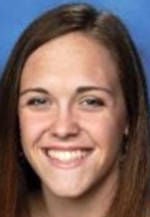 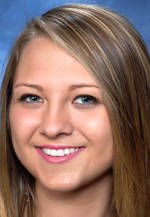 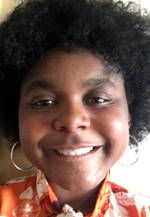 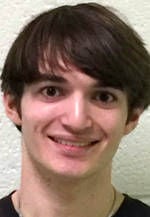 The following student was recently selected as the Fredericksburg Optimist Club’s Students of the Month for February.

Rebecca Talmadge was selected at Massaponax High School. She is a four-year member of the Marching Panther Pride, where she was the soloist for the marching show “Time Machine” this year. She has been the alto saxophone section leader in the band for the past two years. She is also in the Commonwealth Governor’s School. She was a cast member in productions of “Les Misérables” and “Young Frankenstein.”

After high school, Rebecca will attend Mississippi State University, where she will major in computer engineering and march in the Famous Maroon Band.

The following students were recently selected as the Fredericksburg Optimist Club’s Students of the Month for March.

Winter Ewer, daughter of Scott and Michelle Ewer, was selected at Fredericksburg Christian School. She is a member of the National Honor Society and a four-year member of the Leadership team. She has played varsity field hockey and varsity soccer for the past two years and was a captain of the field hockey team this season. She rides horses and is one of the riding instructors at White Buffalo Horse Farm. Currently, she is enlisted in the Virginia National Guard. She also is an active member of Fredericksburg United Methodist Church and for the past several years has helped with the community dinners that feed homeless people in Fredericksburg. She plays cello in the Double Kuro Rock Orchestra.

Gail Podlesny, daughter of Robert and Mary Podlesny, was selected at Stafford High School. She is the senior class president and captain of the varsity field hockey team, as well as a member of the National Honor Society, Future Business Leaders of America, Key Club and Student Council Association General Assembly. She is the manager of the varsity boys soccer team. She was the junior class vice president last year.

Gail has been named the Business Law Student of the Year, Outstanding Junior Female, field hockey All-Conference Player of the Year, All-Region Co-Player of the Year, All-State First Team player and team MVP. She won the College of William & Mary Leadership Award. Outside of school, she has been involved as an altar server and in the youth group of St. Mary of the Immaculate Conception Church. She has volunteered at Smart Beginnings Rappahannock Area and worked at Chick-fil-A.

After high school, Gail plans to play field hockey at St. Joseph’s University in Philadelphia and major in accounting.

Isabelle Burke, daughter of Timothy and Susan Burke, was selected at Colonial Forge High School. She is vice president of the National Honor Society, a member of the tennis team, and treasurer of the Math Honor Society, participating in math competitions. She plays viola in the CFHS Chamber Orchestra as the section leader and also in the Eagle String Quartet. She is a four-year member of Stafford’s All-County Orchestra. She volunteers in the school and community as a member of the CFHS Music Honor Society.

Isabelle is a two-time Colonial Forge Female Student of the Year, an AP Scholar with Distinction, delegate at Virginia Girls State. She received the Model Citizen Award and was a National Merit Scholar finalist. She has won many Academic Achievement Awards and was the tennis team’s Most Improved Award.

Isabelle has volunteered at Stafford Hospital, at community and school events as a member of the National Honor Society, and provides free tutoring to students in the Colonial Forge Writing Center during lunch and after school. She is a member of the Connections Team at Mt. Ararat Baptist Church, and a volunteer barista in Noah’s Café.

Isabelle plans to attend the University of Virginia in the fall to study biochemistry with a focus in genetics and minor in Japanese Language studies.

Nathalie Chao, daughter of David and Sharon Chao, was selected at Brooke Point High School. She is president of the French Club and has also been involved with the National Honor Society, French National Honor Society, Top Hawk Navigators (a freshman mentoring club), The Collective Mind literary magazine, Key Club, Health Occupations Students of America. She earned an Academic Achievement award for a GPA of 4.01 and above. She also earned a coach’s award in volleyball and was named “Most Likely to be Found Motivating Someone.”

Nathalie has volunteered at Stafford Hospital and is working with a local church to provide a dinner for area homeless. She is enrolled in the Learn and Serve program, where she has helped with food drives, the YMCA and more.

After high school, Nathalie hopes to major in nursing.

Edward Hoffman was selected at James Monroe High School. He is an editor of the yearbook, treasurer of the Latin Club, captain of the cross country team, and a Boys State Delegate. He is also involved in the National Honor Society, Amnesty International, Beta Club, Quiz Team and varsity tennis team. He is a James Monroe Scholar, Distinguished AP Scholar, and recipient of the Cross Country Elvis Jimenez Memorial Award. He has worked with Youth in Philanthropy and Virginia Youth of Beth Shalom.

After high school, Edward hopes to study engineering in college.

Morgan will attend Virginia Tech in the fall and study biochemistry.

Nikko will attend Virginia Tech in the fall to study business information technology.

Todd Van Deusen, son of Karl and Beth Van Deusen, was selected at Riverbend High School. He is an altar server for Saint Michael the Archangel and also has participated in challenger baseball, swimming and Aikido. He enjoys reading and helping his grandmother and his friends.

Jimmy Love, son of Jimmy and Sabrina Love, was selected at North Stafford High School. He has been the mascot of his school since his sophomore year. He has participated in musicals, JROTC, volunteering and dance. He has also worked at McDonald’s.

After high school, Jimmy plans to attend the Millennium Dance Complex studio in California to pursue a career as a dancer.

Jacob plans to attend Shippensburg University of Pennsylvania this fall and will study business.

Molly Mansfield, daughter of Michael and Melissa Mansfield, was selected at Courtland High School. She has been president and vice president of the Latin Club, where she helped plan the first annual Latin Club vs. German Club Quidditch match and attended the Junior Classical League State Convention twice. She has also served as president of the National Latin Honor Society and secretary of the National Honor Society, Math Honor Society and Junior and Senior boards. She is a Student Council Association member. She plays the cello in the school orchestra and volunteers with the Literacy Advancement Mentors Program.

Molly is also an accomplished swimmer. She is the captain of the swim team and advanced to the state meet. She also swims with the Stingrays Swim Team and helps coach the Fox Point Fintastics Swim Team.

Molly has been accepted to several colleges and is considering Duke University and the College of William & Mary.

Rosemary Hall, daughter of Thomas and Renae Hall, was selected at Massaponax High School. Rosemary is a member of the marching band, symphonic band, and various clubs. In recognition of her commitment to excel in her classes, Rosemary has been selected and inducted in to four honor societies. In addition, she has received the Outstanding Student Award for Art I, Art II, and US and VA History. Rosemary has received the Perfect Attendance Award throughout her high school years.

Rosemary is a member of the track and field team where she is the captain of the throwers. In addition, she is North District Girls Discus Champion.

Rosemary is studying the Korean language. Some of her hobbies are drawing and playing the classical guitar.

Rosemary plans to attend George Mason University in the fall to pursue a degree in chemistry and health science.

Lillian Lester, daughter of Edwin and Amy Lester, was selected at Caroline High School. She is a member of the National Honor Society, the track team, cross country team, sideline cheerleading, as well as the competition cheering team, and the Caroline County Young Life organization. She holds leadership positions in many.

After graduation, Lilly plans to attend a college in Virginia and major in either media arts and design or secondary education with a focus on mathematics.

Fred Pinney III, son of Fred II and Pam Pinney, was selected at the Spotsylvania Career and Technical Center. He took first place in Virginia SkillsUSA Principles of Engineering and Technology, having also won third- and fourth-place awards. He was the SkillsUSA District 11 vice president last year. At Chancellor High School, he has a 4.5 overall GPA and is involved in the Drama Club, French Club, National Honor Society, DECA, Radio Club, and has been a part of several theater productions.

Outside of school, Fred is part of Boy Scout Troop 835, where he is den chief, scribe and patrol leader. He completed a National Youth Leader Forum: Careers in National Security.

Fred plans to attend Germanna Community College for two years, then transfer to Virginia Tech to major in marketing or engineering.