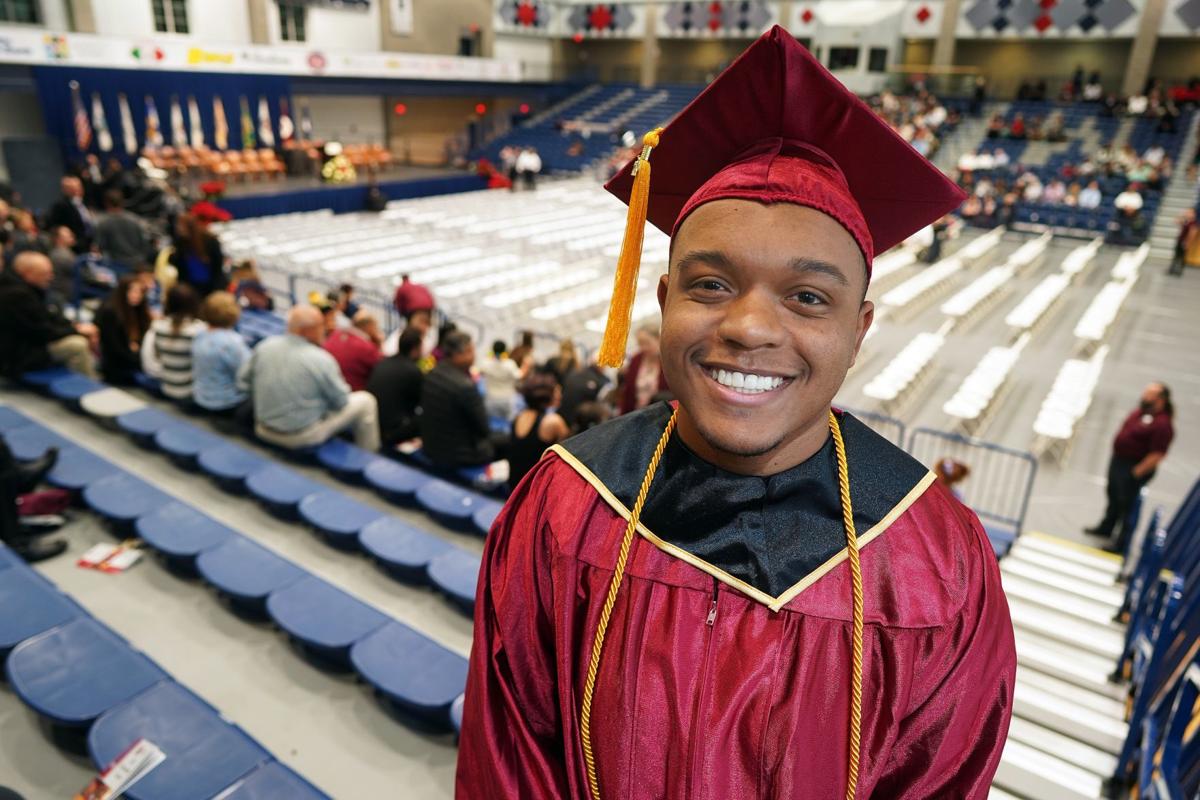 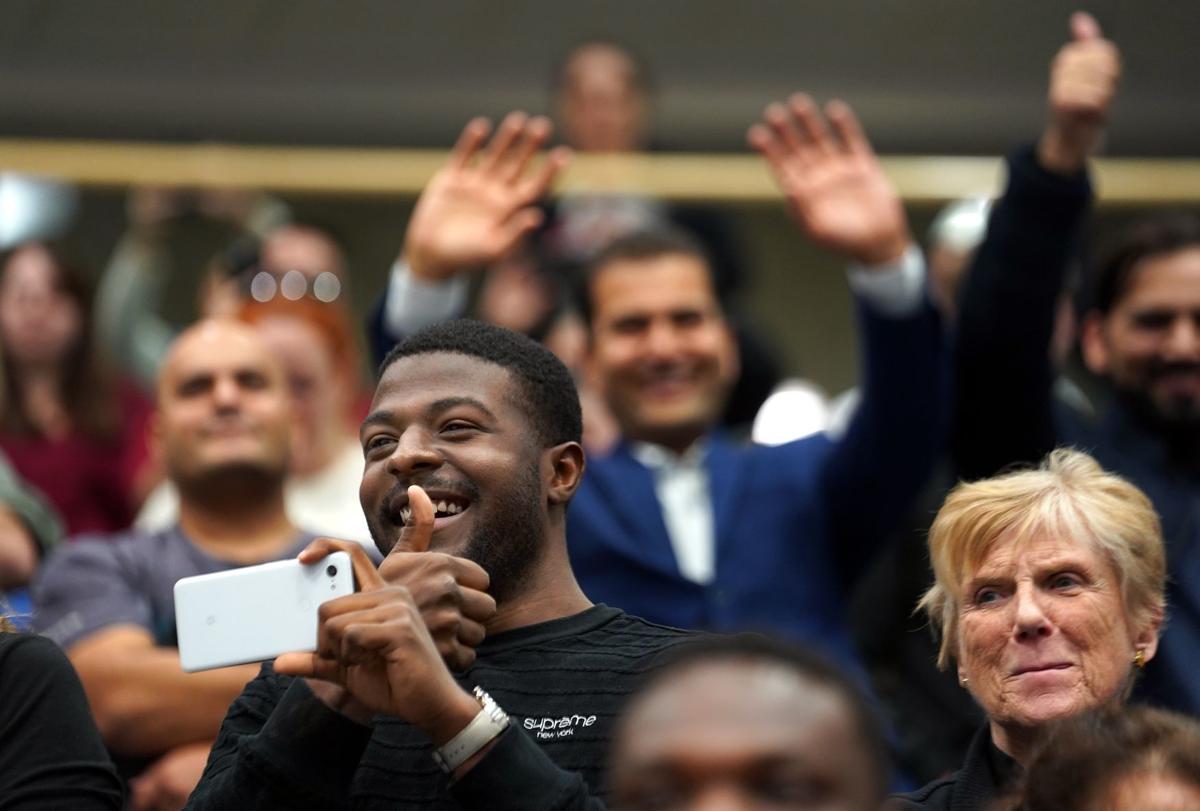 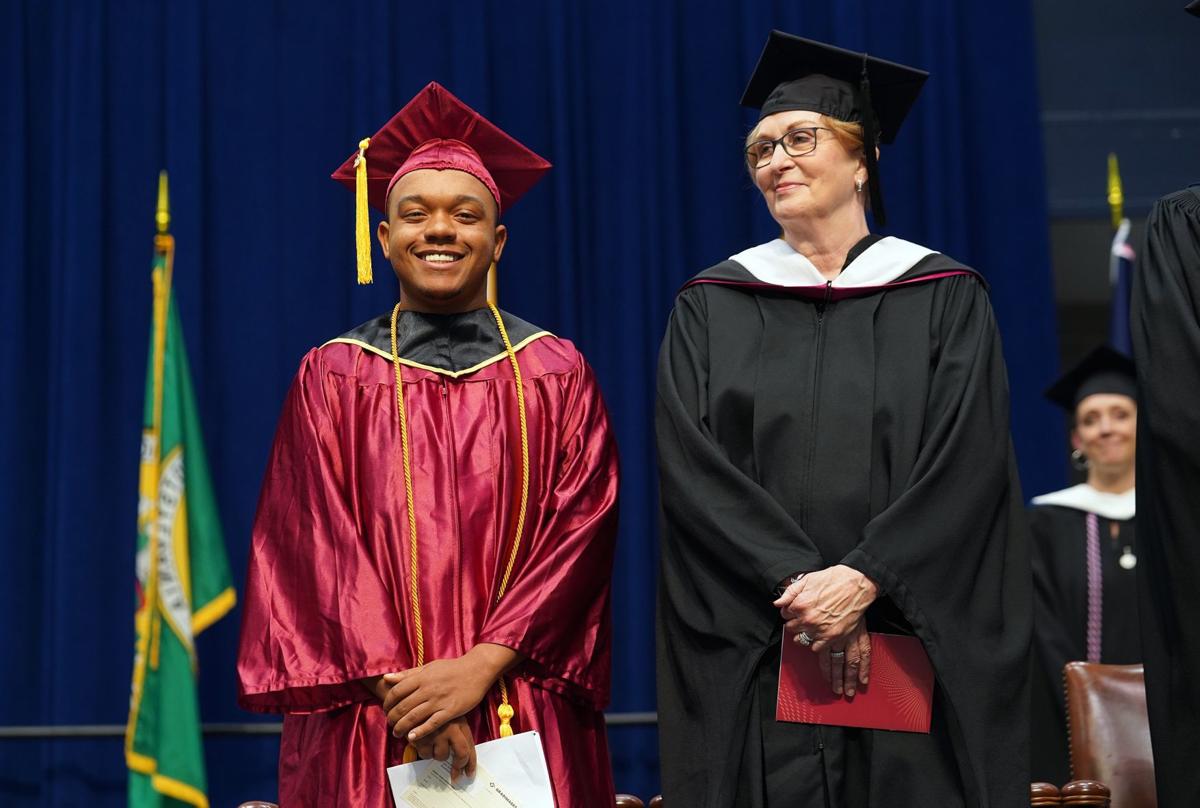 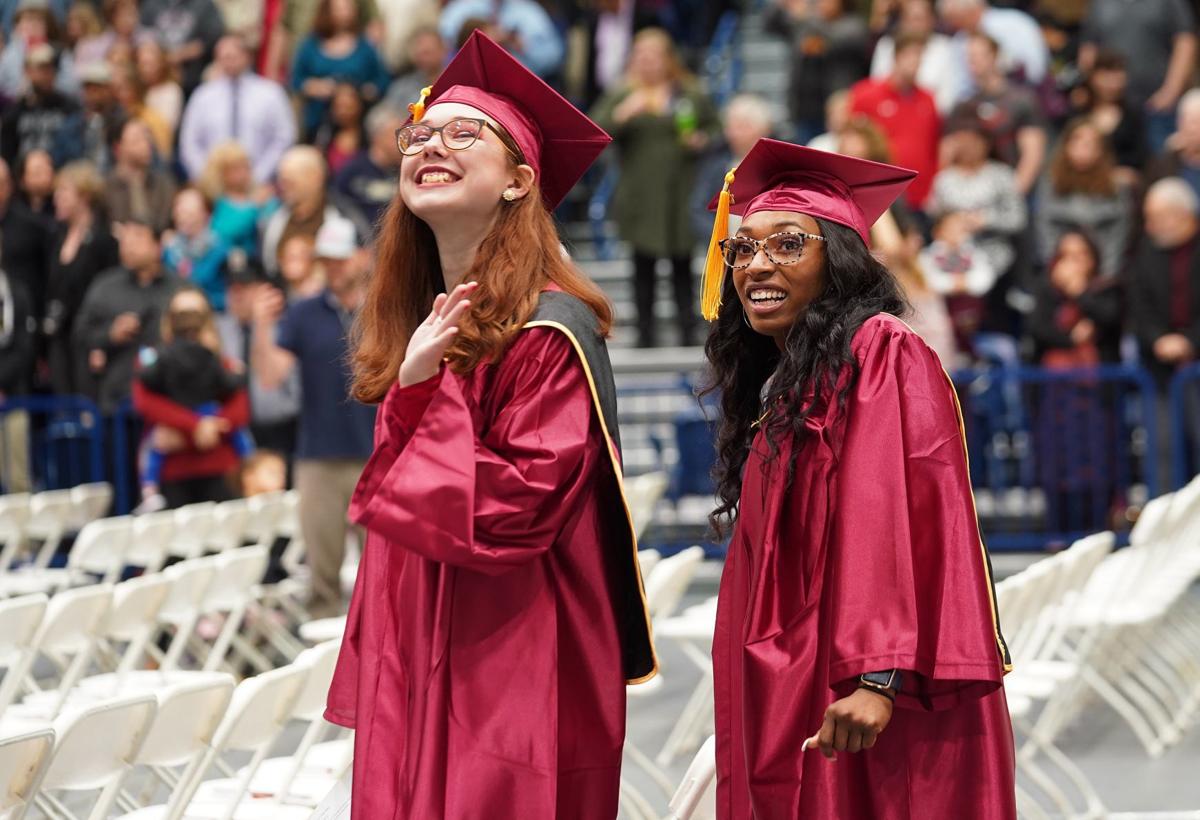 Melody Crenshaw (left) mugs for cameras as Katey Denner looks to the crowd at graduation. 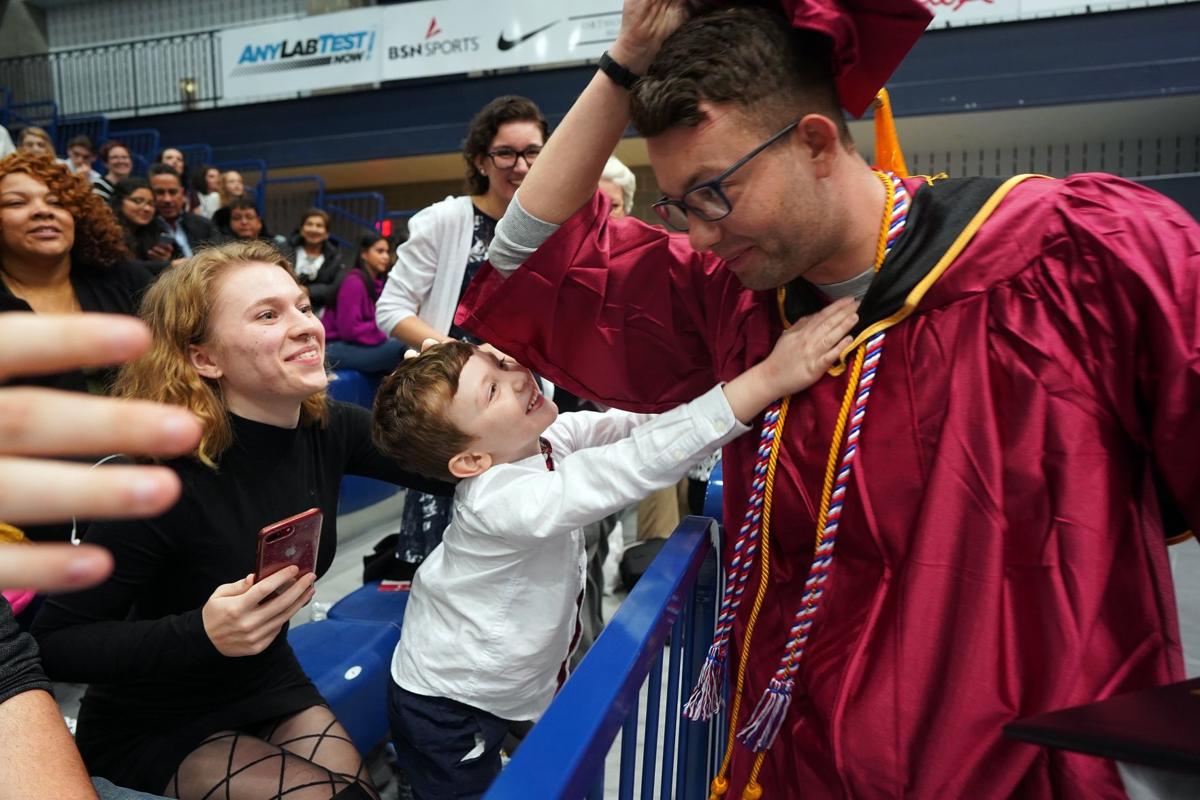 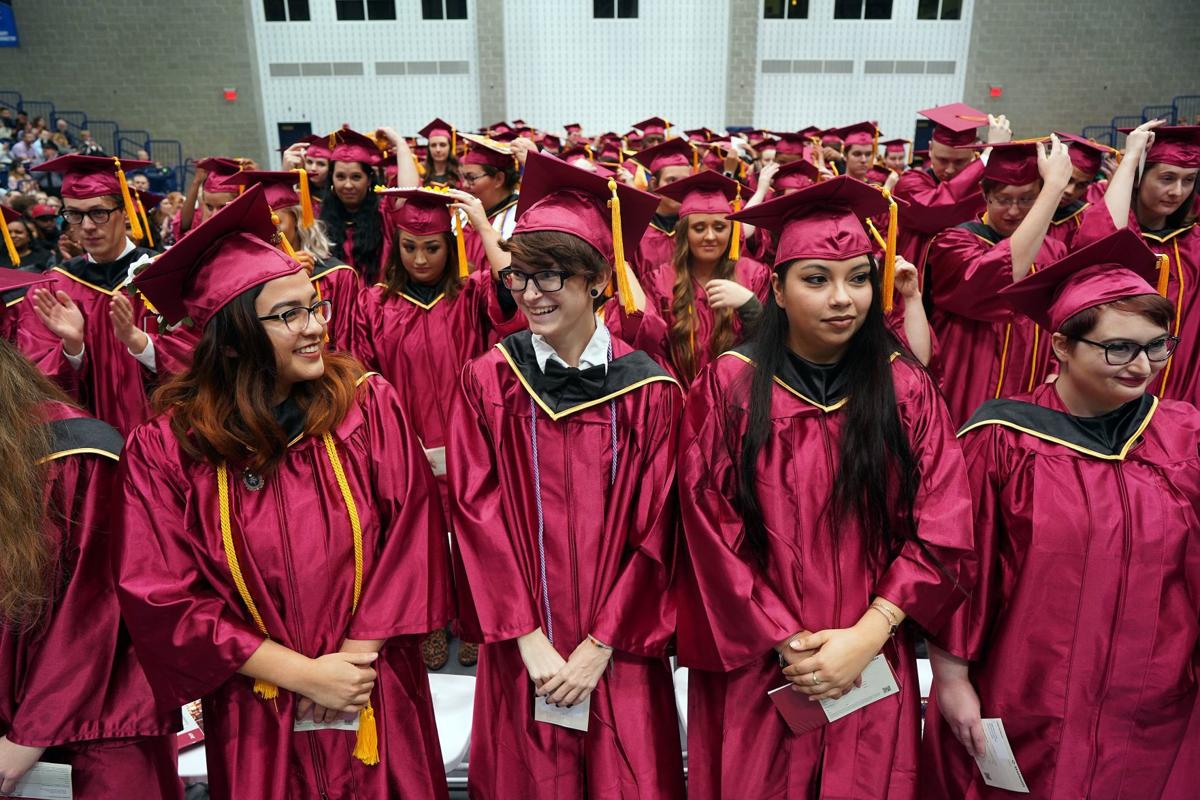 Melody Crenshaw (left) mugs for cameras as Katey Denner looks to the crowd at graduation.

“I became accustomed to staying at home and never challenging myself in any way,” the 20-year-old Orange County resident said.

On Tuesday evening, Johnson stepped far outside that comfort zone by delivering a speech to a crowd of about 2,500 gathered for Germanna Community College’s fall commencement.

Giving the speech is something Johnson said he would never have believed he could do prior to enrolling at Germanna.

“One of the most important lessons I learned at Germanna is that I sometimes have to force myself out of my comfort zone if I ever want to grow,” he said.

Johnson, who will transfer to George Mason University and plans to major in computer science, is one of 1,093 students who received degrees and certificates Tuesday evening.

Keynote speaker Teri McNally, chairwoman of the Germanna College Board, said the community college prides itself on inclusion—helping all students reach their potential, whether they are young or old, part-time or full-time, preparing for four-year college or to enter the workforce.

“Most colleges measure themselves by how many students they turn away,” she said. “At Germanna, we pride ourselves on inclusion, not exclusion.

“We make sure all have an equal chance to succeed and take great pride in helping those who need support,” McNally continued. “And when Germanna students succeed, so do our communities.”

She said that 80 percent of Germanna students remain in the area, helping to boost the local economy.

McNally also listed some of the ways Germanna has been recognized both statewide and nationally this year.

The school was named one of the nation’s top community colleges as part of the Aspen Institute college excellence program, was rated the No. 1 community college in Virginia and No. 24 in America by WalletHub, and was designated as a national center of academic excellence in cyber defense education by the National Security Agency and the Department of Homeland Security.