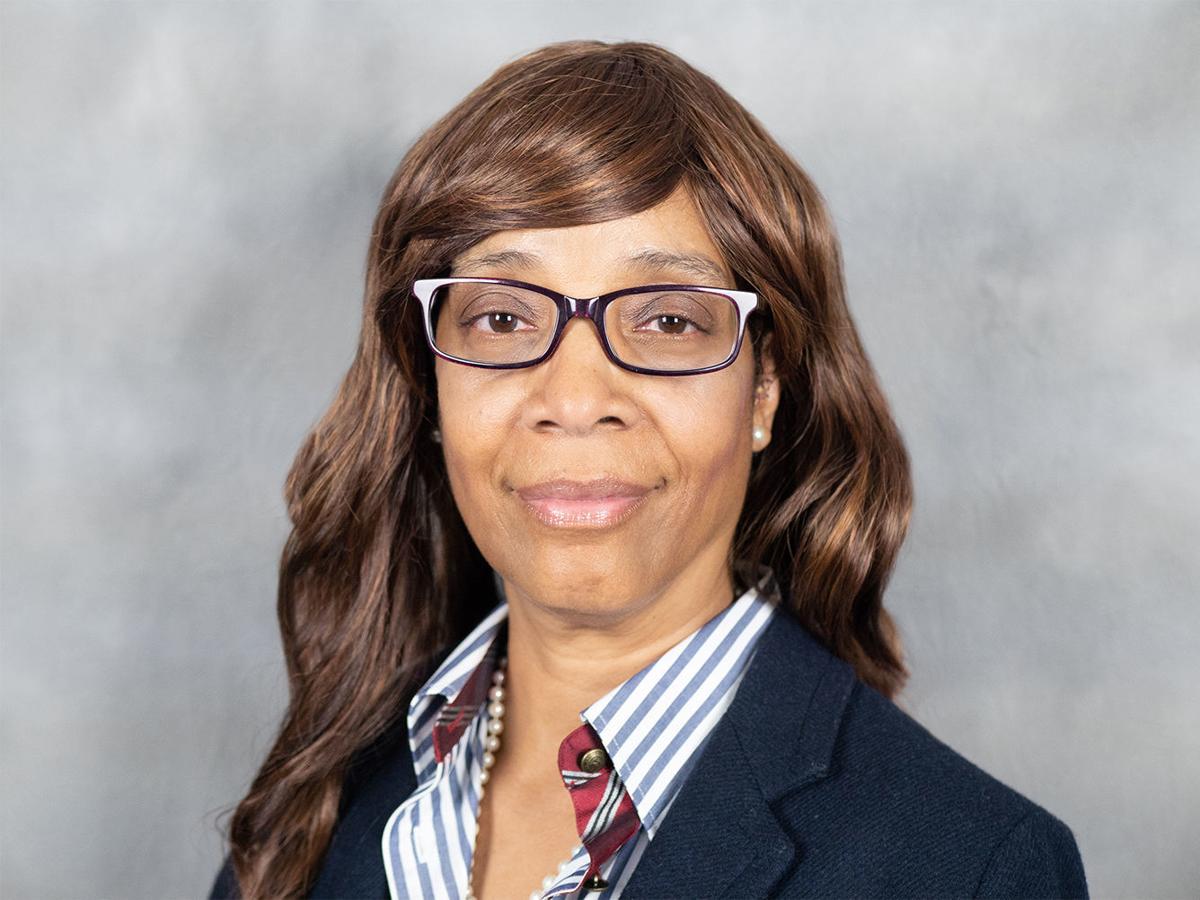 One is an independent who is promoting a new approach to determining property values in the county, the other is a Democrat who is campaigning for more transparency in the tax assessors’ office.

Mayausky, a Republican, has served as commissioner of the revenue for 20 years. He’s running for re-election based on his experience and his record.

“I’m the only candidate with the public finance experience and education to ensure that our tax base remains stable and revenues are available to fund services,” said Mayausky.

But independent challenger Paul Waldowski said he wants to change the status quo and offer county residents an alternative.

“The No. 1 reason why I’m running is to stop the opinionated real estate appraisals from becoming your next tax assessment,” Waldowski said.

Bruner is focusing her efforts on streamlining the services available in the commissioner’s office and making them more transparent.

“A person shouldn’t have to jump through hoops and know the right person,” Bruner said. “It should be fairly easy for them to get access, that’s why they get frustrated and give up. It’s all about being transparent, making that information readily available.”

The commissioner’s office is responsible for overseeing the reassessment of $20 billion of county real estate, which generates over $220 million in local revenue that is used to fund services from schools to public safety.

Bruner, a San Francisco native who moved to Stafford nearly 30 years ago, first became interested in politics while going through her divorce.

“The [military] system had a lot of issues,” said Bruner. “It didn’t support giving women the proper amount of information or supporting them.”

Frustrated, Bruner knew she had benefits that were due to her after her divorce, but she did not know how to access them.

“I did a lot of work, research; I visited military attorneys; I went to the local legal library,” said Bruner. “I got all the benefits in the end, but had to fight and research to get them.”

Locally, Bruner said residents often have difficulty finding resources at the county’s government center. She feels this information should be easy to find and more readily available to them.

Bruner has a bachelor’s degree in business and human resources. She is currently pursuing dual graduate degrees in government and business administration from Johns Hopkins University. She has also served as a university admissions counselor, a volunteer at a military law office, and has served with several nonprofit organizations.

As for Waldowski’s real estate appraisal concerns, the candidate said, “I can prove objectively that not only in 2006, but again in 2018, that people’s real estate tax assessments are being calculated by an appraisal system which is only for buying and selling real estate,” he said.

Waldowski said his “real-world methodology” would assess the value of property focusing on individual homeowners.

A retired Air Force officer who has a master’s degree in computer science with an emphasis in operations research, Waldowski worked as a consultant for Geico and with the U.S. Senate.

Waldowski is a familiar face in the community. He’s a regular attendee and participant at Planning Commission, Board of Supervisors and School Board meetings. He’s also involved in several local organizations.

Incumbent candidate Mayausky grew up in Stafford and graduated from North Stafford High School. He is a graduate of West Virginia University and also earned a master’s degree in government from Johns Hopkins University.

In 1995, Mayausky became involved in then-Commissioner of the Revenue George Gordon’s reelection campaign. He began his career in the county as a real estate appraiser in 1996, and just three years later, after Gordon retired, he ran for office and was elected as commissioner in 2000.

“In that time, I have expanded services and managed the population growth with the same staff as I had the day I got elected,” said Mayausky.

In addition to his involvement with several professional associations, Mayausky was awarded a Cahn Public Service Fellowship from the Harvard University Kennedy School of Government in 2019. Mayausky also leads the county committee that is planning the Stafford Museum and Cultural Center, which will someday be located in the proposed Downtown Stafford neighborhood near the existing county courthouse.

Mayausky said there has been interest in building a museum in the area since the 1960s, and the Downtown Stafford project will finally give the county the opportunity to do that, making it one of the anchors in the new neighborhood.

If reelected in November, Mayausky said he will continue to expand online services for customers and will implement the latest in assessment technology. He also said he will “remain committed to public outreach and transparency.”

“I’m running because I love what I do and I love serving the community,” said Mayausky.

Background: Retired in March, 2017. Previously the U.S. Senate Sergeant at Arms, employed at Amdahl Corporation, Washington, D.C., employed at Government Employees Insurance Company, Washington, D.C.  Master’s degree in computer science with an emphasis in operations research from the University of Missouri-Rolla, bachelor’s degree in computing and information sciences from Oklahoma State University, and an associate’s degree in electronic computer systems technology from the Community College of the Air Force. Retired Air Force officer.

Wants to stop real estate appraisals from being the tax assessments for residents by providing an open-minded, mathematical-based methodology that will assess the value of property on individuality. Unlike the opinionated 20 year appraisal practice in place that compares properties without regard for discrete property identification characteristics, such as acreage and easements. If elected, I will select impartial citizens and provide two full scholarships to OSU, one for academics, the other for athletics based on criteria to be determined.

I will update the current county website restoring value history information removed during an election year that clearly shows that the practices in place set property assessments at market value, enhancing the web site so all property has recorded acreage and easements, plus any other discrete property identification characteristics.

Finally, the mathematical definition of market value is the most likely price that a given property will bring in an open-minded market transaction, meaning, it is the price that a buyer is willing to pay for property, and that a seller is willing to accept at the time the property is for sale, without regard of its tax assessment history.

Background: Bachelor’s degree in business administration from Strayer University, currently working on graduate studies. Previously worked in sales and retail management for companies in Virginia and Maryland as well as a business administration position supporting Marine Corps Base Quantico. Worked as a college admissions counselor for Strayer University, a military divorce advisor and counselor of military benefits for the non-profit EXPOSE (Ex-Partners of Service Members). Also served as an account manager and a business consultant.

Top three campaign issues and your position on each: Ensure that the voters and residents of Stafford have a proper understanding what the role of the commissioner of the revenue is, as well as what the responsibilities are. I will make it possible both on the website, software system, as well as with brochures. It is essential to have vital information regarding specific business programs, as well as business information at all literacy, language and disability levels, both online and in written brochures.

Transparency and changing budget compensation to include the master barber and cosmetology regulations show the latest information on the county’s website, in addition to multilingual applications for people interested in starting their own business and for those who have questions regarding how property taxes are applied and assessed. I will also have multilingual employees working within the office to serve as translators when necessary.

Because active duty military, retirees and veterans make up a large part of our community, I support continued provisions for exemptions from property tax.

Background: I have been commissioner of the revenue for 20 years and have worked in the office for 24 years. In that time, I have held several leadership positions within the Commissioners of the Revenue Association. I was appointed by Governor McDonnell to the Real Estate Appraisal Board and recently received the Public Sector Champion award for Public Outreach from the Thomson Reuters Corporation.

I am a product of the Stafford County School System. I graduated from North Stafford High School in 1990 and hold a bachelor’s degree in history from West Virginia University, as well as a master’s degree in government from Johns Hopkins University.

Top three campaign issues and your position on each:

Continue to expand the award winning MyStafford Citizen Portal to include online business filings and account maintenance. This allows greater access to services for our customers while limiting the need for manual processing transactions by staff.

Technology is changing the assessment profession.  I want to keep Stafford County at the forefront of innovation by utilizing the latest in software innovations. By employing the newest mobile technologies and an optical character recognition system, we cut down on human error.

County staff and the county population have both grown by over 60 percent but we have been able to maintain 1999 staffing levels through the use of technology and effective management.

Customer service is one of my top issues.  I will continue to find the best ways to serve and engage our growing and diverse community.

Why do incumbents make campaign promises on issues they should have solved in their current or past terms? Waldo is right the current assesment system is antiquated.

Ive never had any issues getting info from the Commissioner of Revenue’s Office. Mostly get what I need online. If I can’t find what I need online, I just walk into the office and there are several ladies behind the counter waiting to help me.

I don’t want a “surprise” big reassessment bill from a new Commissioner. I’m fine with Mr. Mayausky, and will vote to keep him there.