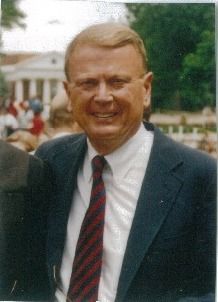 Colonel John K. Solomon, (Ret), 81, passed away at his home in Central Virginia after a long battle with Parkinson's disease. He was born at Ft. Bliss, Texas and raised in a military family. Following graduations from high school in Paris, France, he entered the Army Reserves. John attended the USMA Prep school and graduated from West Point in 1961. He received his Master's Degree in Mathematics from Rensselaer Polytechnic Institute. John attended the US Arm Artillery & Missile School, the US Marine Corps Command and Staff College, and the US Army War College. John's military assignments included: Corporal and Sergeant Systems, Vicenza, Italy; 105 Howitzer Command, Fort Sill, Oklahoma; Operations Officer, Americal Division; Artillery Direct Support 105mm Howitzer Battalion, Republic of View Nam; Battalion Command Lance Missile System, Crailsheim, Germany; Assistant Professor of Mathematics; Regimental Tactical Officer, USMA; The Joint Staff; Ops and Plans, SETAF, Vicenza, Italy; Department of Army Staff; The Washington Liaison Office, The Rapid Deployment Joint Task Force. Decorations include: The Legion of Merit, Bronze Star Medal with Oak Leaf Cluster, Defense Meritorious Service Medal, Meritorious Service Medal with Oak Leaf Cluster, Air Medal, National Defense Service Medal, Army Commendation Medal with Oak Leaf Cluster, Vietnam Cross of Gallantry with Bronze Star, Vietnam Cross Unit Citation with Palm, Parachutist Badge, Army Ranger Tab, Army General Staff Badge, and Joint Chiefs Staff Badge. Following his military career, John joined the Thomas Jefferson High School for Science and Technology Faculty, Alexandria, where he taught mathematics and directed the school's Mentorship Program until he retired in 2004. In addition to his overall achievements, music and theater were his hobbies. The family unit was always a primary focus in his thoughts. Every day was a new adventure and educational experience whether traveling off to a new destination or on an athletic field. Everyone was taught to do their best, develop and appreciate all the God given talents. Respect, admiration, counsel, and enthusiasm were always present. Prayerfully, his shining example will be handed down to his dynasty. John was a loving husband, father, and grandfather. He is survived by his wife, Mary Jane; his son, Christopher, Winthrop, Washington; his daughters, Mary Anne (Molly) Solomon, and Husband Geoffrey Russell, Winter Park, Florida, and Mary Katherine (Kate), and husband Spencer Jones, Longwood, Florida; five grandchildren, his brothers, Colonel Wm. V. Solomon (USA Ret) Carlisle, Pennsylvania, and James H. Solomon, Vienna, Virginia. John was preceded in death by his parents, Brigadier General M.A. Solomon (USA Ret) and his wife Molly Solomon. A Mass of Christian Burial will be held on Tuesday, July 28 at St. Patrick Catholic Church, 9151 Elys Ford Road, Spotsylvania. Interment will take place on Wednesday, July 29 in Arlington National Cemetery. The family requests that a random act of kindness be given to someone of your choice in John's memory. "And when our work is done, Our course on earth is run, May it be said, "Well done; Be thou at peace." Online guest book is available at covenantfuneralservice.com. 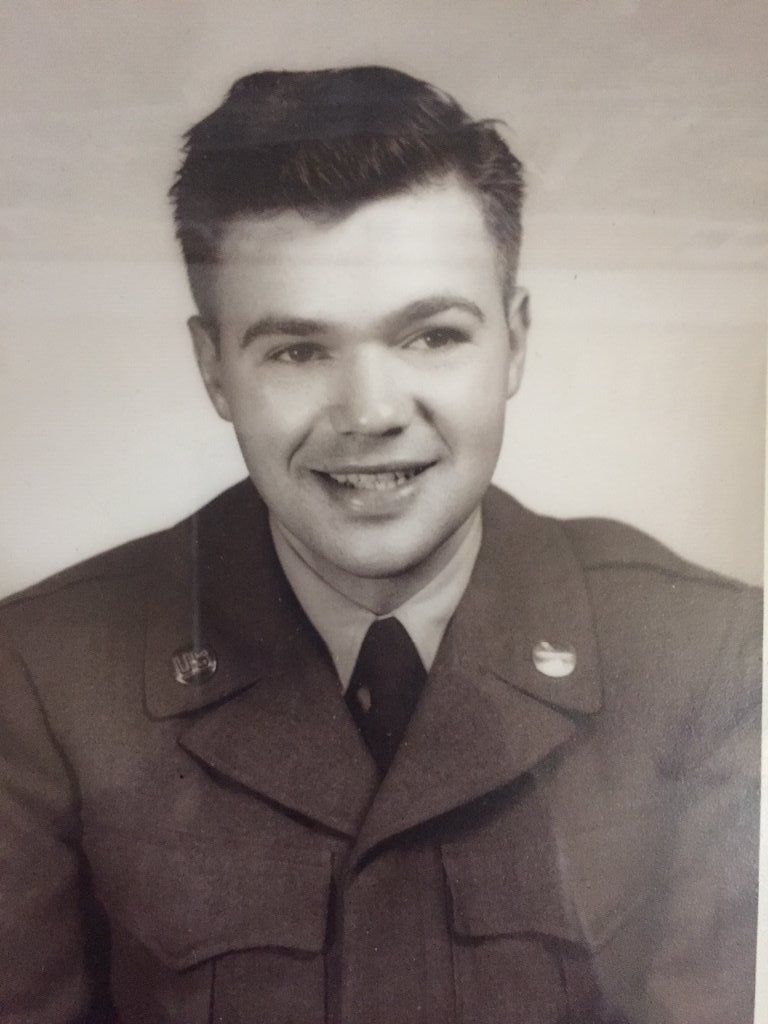 John Richard Thomson (89) of Dahlgren, VA, passed away peacefully on April 13, 2020. John was born May 30, 1930, in Staten Island, NY. As a young man, John worked for the American Embassy in Athens, Greece, before serving in the US Army as a staff sergeant during the Korean War. John later studied at George Washington Univ and Corcoran School of Art. It was in Washington, DC, where he met the love of his life, Mary. After they were married, John and Mary lived in New York where he worked as an illustrator and cartographic draftsman. They later moved to Alexandria, VA, where John worked for the County of Fairfax. The family then moved to Dahlgren, VA, where John took a job as an Engineering Technician. He retired from NSWC after 32 years. John was an incredible artist and could fix almost anything. He loved sailing, fishing, the beach, automobiles, and working with his hands. He was an active member of the Dahlgren Lions Club and helped Oakland Baptist Church. John loved to spend time with his children and grandchildren. John is survived by his wife of 63 years, Mary Thomson; his children John "Tad" Thomson (Susan), Mary Kay Stensvad (Torrey), Bonnie Knight (Rusty), Robert Thomson, and Kerry Trenor (Mark); his grandchildren Katie Jahann (Darius), Keith Hartman (Jen), Caroline Rae, Lee Hartman, Holly Thomson, Kevin Thomson, Ellie Knight, Colin Knight, Allison Trenor, and Joseph Knight; and his great-grandchildren George Hartman and Andy Jahann. John was preceded in death by his parents and his brother Herbert "Red" Thomson. John's wishes were to be cremated, and the family will schedule a memorial for a later date. More on his life and a place to leave online condolences may be found at storkefuneralhome.com. 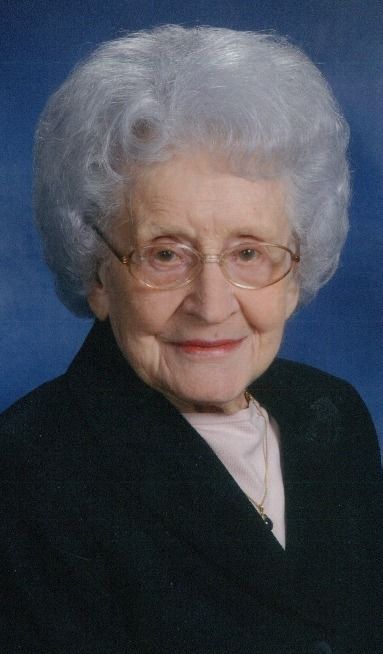 On Sunday morning, 19 April 2020, an Angel entered Heaven. She was born 2 February, 1921 and at the age of 99, she went to her eternal rest. As the Bible says about a virtuous woman in Proverbs 31 verse 25-30, "Strength and honor are her clothing and she shall rejoice in time to come. She openeth her mouth with wisdom and in her tongue is the law of kindness. She looketh well to the ways of her household and eateth not the bread of idleness. Her children arise up and call her blessed, her husband also and he praiseth her. Many daughters have done virtuously but thou excellest them all. Favor is deceitful and beauty is vain but A WOMAN THAT FEARETH THE LORD, SHE SHALL BE PRAISED". These verses describe my Mother, Margaret Jett. Mom's loving and caring heart and sweet ways was known to many throughout her life. Mom loved to work with her friends in the Ladies Sunday School Class at Friendship Baptist Church. She was a leader in their prayer chain group to gather information concerning those in need of prayer, notify her group, coordinate the preparation of food and carry it to those in need because of sickness or death. Mom was a sweet, kind, and giving woman. Her family looked to her for advice, wisdom and the never ending love she gave each one of us. Her family calls her blessed and will be forever thankful to have called her Mom, Granny and Friend. Our memories and love for her will live on. Mom was a member of Temple Baptist Church on White Oak Road. She loved her church and she loved everyone she met. The best day of the week for her was Sunday. She loved attending church and gathering with Christian friends. How appropriate her home going was on Sunday. Mom was a resident of Spring Arbor Assisted Living, Fredericksburg, for the past six years. The family wishes to express our thanks to the staff of Spring Arbor for their endless care and love they gave Mom and our entire family. Mom also had Capital Care Hospice for almost three years. They are all special people that gave her comfort, love and care and was my strength during Mom's illnesses. The family cannot express our thanks enough to this organization. A special thanks to Gina, one of Mom's Capital Care RN's, for her unending love and care to Mom and to me. She is survived by a daughter Carolyn Knight Whittaker and her husband Freddie of Stafford, two grandsons, Christopher T. Knight of Stafford and Brian S. Knight of San Diego, California and their Father, Kenneth E. Knight and Sister-in-law, Joyce Sterne, as well as, many loved nieces and nephews. Her Great Grandchildren, Callie and Camden Knight of Stafford and Ethan and Miles Knight of San Diego. Granny was so proud of her grands. As long as Granny and Grandaddy were able, they would attend soccer, basketball, football, baseball, volleyball games, church programs, piano recitals, whatever they were involved in and treasured every minute. She was preceded in death by her Husband, Edward "Eddie Boy" T. Jett, Jr., Father and Mother, Edward Lee Sterne and Ethel Embrey Sterne, three Brothers, Thompson "Tom" W. Sterne, William "Bill" H. Sterne and Marion L. Sterne all of Stafford. A private graveside service, with Pastor Michael Reid, Sr. of Temple Baptist Church presiding will be held at Sunset Memorial Gardens. A memorial service will be held at Temple Baptist Church at a later date when virus restrictions permit. REST IN HEAVENLY PEACE SWEET LADY. WE ALL LOVE YOU. Online guest book is available at covenantfuneralservice.com. 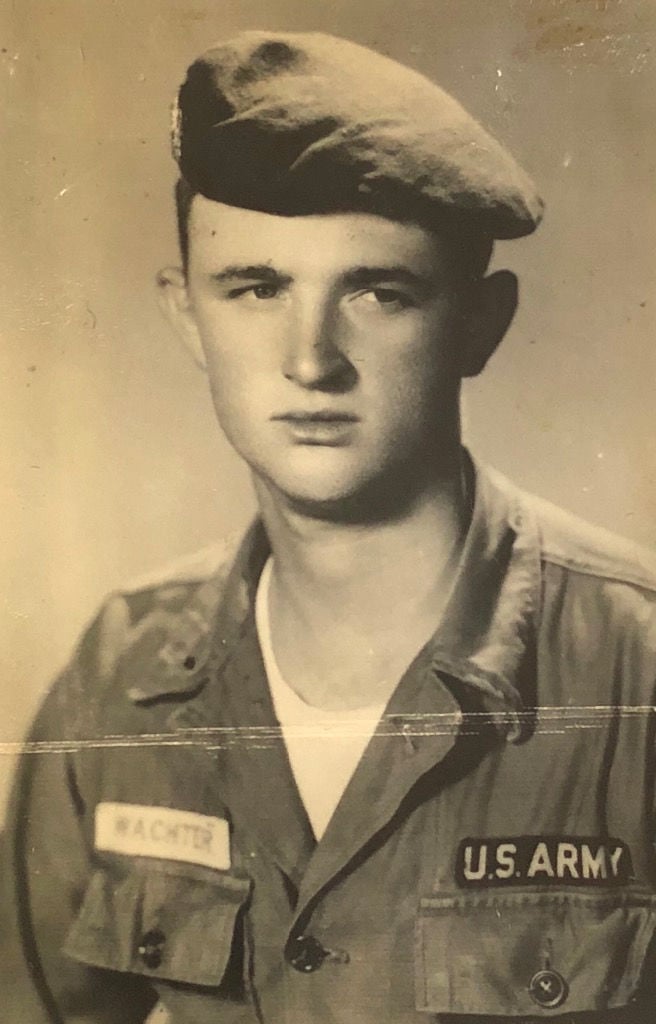 Peter Edward Wachter, 72, of Fredericksburg, passed away unexpectedly at home on Sunday, March 29, 2020. Born in 1947 in Arlington, Virginia to the late Clarence Edward Wachter and Louise Hitchcock Wachter, Pete was a decorated veteran of the U.S. Army, having honorably served his country in Vietnam. He enjoyed hunting and fishing, building and creating with his hands, and classic cars (especially 1940 Fords). However, his greatest delight came from Civil War relic hunting, a hobby he began as a young boy for which his love and enthusiasm never wavered. As a result, throughout the years, he became immensely knowledgeable on all things Civil War, as he did with any subject which sparked his interest, and was highly admired and respected within the relic hunting community. Pete will be dearly missed and fondly remembered for his intelligence, his creativity, and his wonderful sense of humor. Pete is survived by his loving children, Shayne Joseph Wachter and Brandy Lee Wachter, both of Fredericksburg. In addition to his parents, Pete was also preceded in death by his wife, Susan Dorothy Wachter. A service will be held at a later date. In lieu of flowers, memorial donations may be made to a favorite charity. Online condolences may be left at vacremationservice.com.

William T. (Chip) Limbrick, Jr. William (Chip) Limbrick, of Armuchee, GA passed away on April 11, 2020. Chip was born September 30, 1942 in Fredericksburg, Virginia, to William Thomas and Olyvee Folden Limbrick. He graduated from James Monroe High School and moved to Georgia in 1961. He received degrees from Georgia Military College, Berry College, Ole Miss, and Jacksonville State College. He began teaching biology at Armuchee High School in 1967 and retired in 1997. He loved teaching and his students, and they loved him and respected his unique teaching methods. He was Teacher of the Year and Star Teacher eight times. He is survived by his loving wife of 56 years, Ellen; two daughters, Laurie Limbrick-Thompson, her husband, Wyatt Wheeler Thompson, Jr. (Pete), Raleigh, NC and Allison Limbrick; three grandchildren, Caroline Coyle and her husband, Alex, Covell Folden Thompson, and Wyatt Wheeler Thompson III. He is also survived by brother, Ted Limbrick and his wife, Joan, and nephews, Christopher and Cameron, Fredericksburg, VA and sister, Vaughan Limbrick, Alexandria, VA. Chip enjoyed canoeing, fishing, gardening, music, photography, and travel. He and Ellen traveled to all 50 states, seven continents, and visited over 37 foreign countries. He always liked to return to Fredericksburg and fish the Rappahannock River with his fishing buddies. Expressions of sympathy may be made to the Rome/Floyd Humane Society, 518 Broad St, Rome, GA 30161