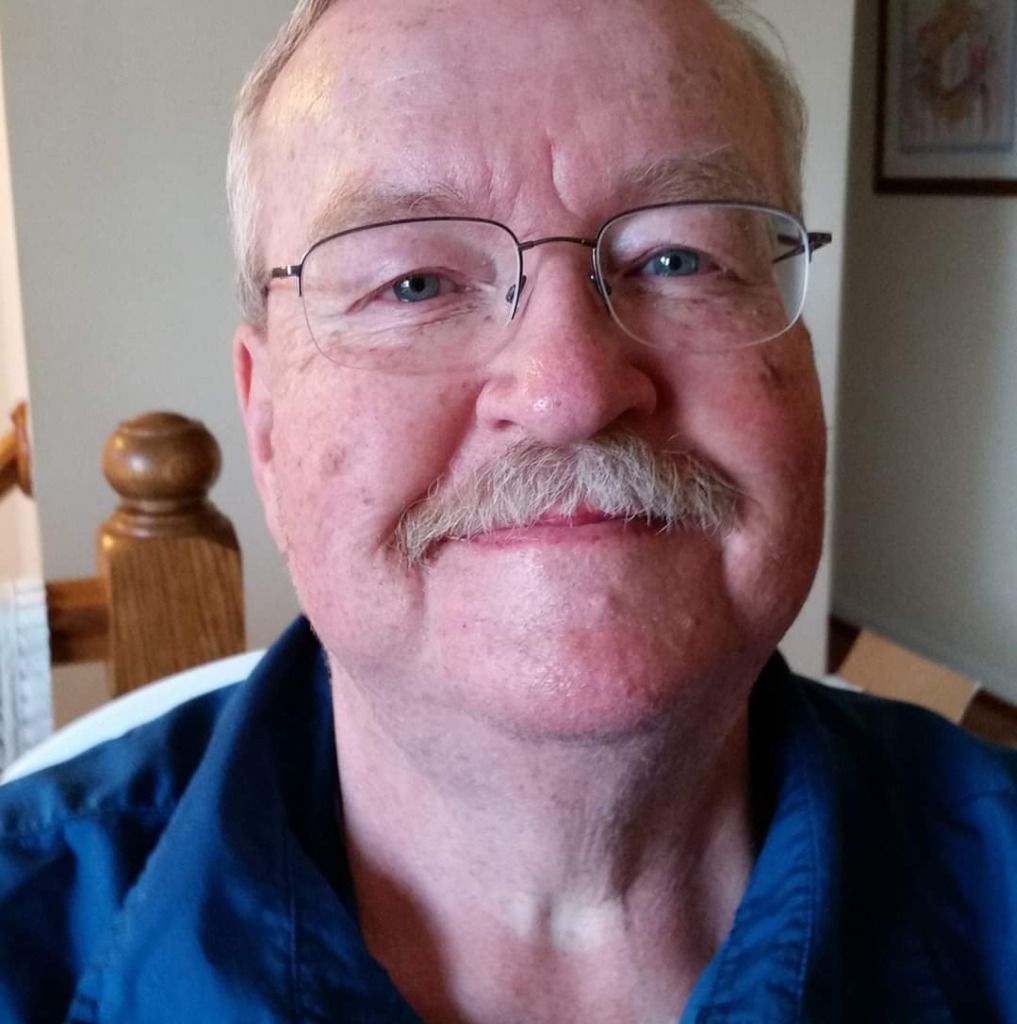 Bill Dews, (Age 69), passed away peacefully at home in Locust Grove, VA on Tuesday, February 11, 2020. He is survived by his cherished siblings, Angia (Al) Grove and John Dews; nephew, Nick (Brittany) Dews and niece, Jackie Dews. He is preceded in death by his parents, Marjory and Clyde Dews and sister, Roberta "Berta" Dews. A Life Celebration will be held on Saturday, February 15, 2020 at The Church of Jesus Christ Latter-day Saints, 161 Eustace Rd., Stafford, VA 22554 at 4:00 PM. Please do not send flowers. The family suggests donations be made to the American Heart Association. Online condolences and fond memories of Bill may be offered to the family at www.laurelhillfuneralhome.com Arrangements are entrusted to Laurel Hill Funeral Home, Spotsylvania, Virginia. 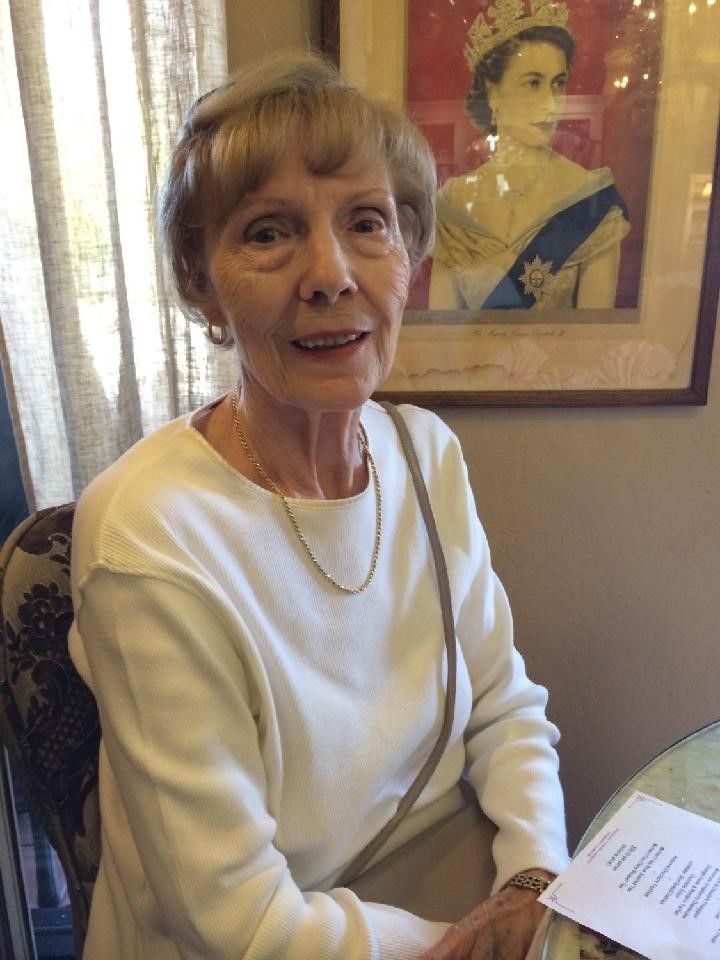 Dolores Hanson Wood, 86, was ushered into Christ's presence on February 11, 2020. Dolores was born on April 4, 1933 in Mabscott, West Virginia to parents Carlos and Callie Hanson. She married her high-school sweetheart and love of her life, Lewis "Tink" Wood on October 30, 1950 in Pearisburg, VA. They spent time in Rhode Island while Lewis served in the US Navy, and after moving out west, Dolores and Lewis eventually settled in Scottsdale, AZ in 1962. They were blessed to enjoy 54 years of marriage before Lewis was called home in 2005. Dolores had a strong faith in Jesus Christ and a fierce devotion to loving and caring for her very blessed family. She is survived by her brother Estel (wife Chris); son Richard Wood (Wife Gwen); daughter Natalie McCutcheon (Husband Patrick); and her five grandchildren: Jonathan (Wife Amy); Ashley (Husband Mitch); Amy; Julie (Husband Jared); and David; along with her four great-grandchildren: Logan, Sydney, Elijah and Lucas all of whom loved and knew her as "MaMaw". We love you Mom and we will miss you profoundly until we get to see you again in Eternity. A memorial service will be held Friday, February 14 at 3:00 PM at Gilbert Memorial Park Cemetery and Funeral Home. Dolores will be buried next to her beloved husband Lewis at the Veteran's National Cemetery in Phoenix, AZ on Tuesday, February 18, 2020 at 10:15 AM. Arrangements by Gilbert Memorial Park.

Jean Gulatsi Snow, 72, of Fredericksburg, passed away after a long illness on Tuesday, February 4, 2020. Jean was born on November 1, 1947 to Richard and Doris Gulatsi. She graduated from Shippensburg University, where she met her husband, Robert. Jean retired from Anne Arundel County Public Schools in MD. Survivors include her two sons, Michael and Jeffery Snow; mother Doris Gulatsi; sister Carol Paiva; daughter-in-law Kristie; and brother-in-law Charles Snow (Karen). She was preceded in death by her husband, Robert Snow; father Richard Gulatsi; and brother John Gulatsi. A service will be held at 11 a.m. on Saturday February 15 at The Presbyterian Church. The family will receive friends one hour prior to the service in the church's parlor. In lieu of flowers, donations may be made to The Presbyterian Church in Fredericksburg to support the mission trips fund. Online guestbook is available at covenantfuneralservice.com.

Maureen Gertrude (nee LIES) Age 74, of Fredericksburg, VA, passed away on February 7th from Amyotrophic Lateral Sclerosis (ALS). She and twin sister, Marilyn were born in Jersey City, NJ to Gertrude (Coyle) and Alfred Lies. Grew up in Lyndhurst, New Jersey and graduated class of '63. Was married at Scared Hearth Church in Lyndhurst to Joseph Pantaleone Jr. for 39 years before his passing in 2004. She was active in the Lyndhurst Junior Woman's Club and volunteered at the Spotsylvania Hospital Medical Center. She was a legal secretary for over 40 years, received her Paralegal Certificate from Fairleigh Dickson University, Madison, NJ and was a New Jersey Licensed Realtor as well. She retired in 2013 from the Government as a Judicial Assistant to the Honorable Bohdan A. Futey at the U.S. Court of Federal Claims, Washington,DC. Maureen retired to Fredericksburg, VA where she attended church at St. Mary of the Immaculate Conception Catholic Church in Fredericksburg, VA. She was preceded in death by her husband, Joseph Pantaleone Jr., her brother, Alfred Lies Jr. and her sister, Arlene Troescher (Lies). Maureen is survived by her two children, Janet Elizabeth Dunlavey (Christopher), and Michael Pantaleone. Cherished grandmother of Taryn Dunlavey and Conor Dunlavey. Dearest twin sister, Marilyn Donahue (nee Lies), and sister-in-law, Isabel Walker Lies; nieces, Karen Rondi, Bridget Donahue, Terry Foppert, Heather LaFortezza and nephews, Brian Donahue, Tom Lies and Tim Lies; and cousins Art and Carol Pantaleone. A funeral mass will be held at St. Mary of the Immaculate Conception Catholic Church in Fredericksburg, VA at 10:30am on February 28th . In lieu of flowers, you can make donations to ALS Association or Little Sisters of the Poor 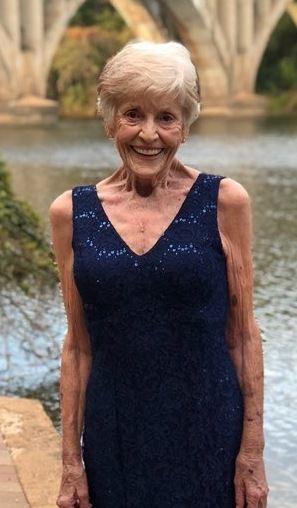 Ruby Coleman, 79, of Spotsylvania, Virginia passed away peacefully at Mary Washington Hospital on Friday, February 7, 2020. The 7th of 9 children to the late Riley and Elsie Jackson, she was born and raised on a farm in Alabama. Ruby was the devoted wife of the late CSM (Ret) Billy Coleman, a highly decorated career US Army veteran who moved her to faraway places such as Alaska and Turkey. She was the loving mother of Mark (Elyse) Coleman and Michael (Cyndie Schmidt) Coleman, the doting grandmother of Justin (Heather) Coleman, Caitlin (Stephen) Graham, Cody (Drew) Myers, Hannah Coleman, Ashley (Jon Charlton) Coleman and Sarah Beth Coleman; and great grandmother of Oliver Coleman. She is also survived by two brothers, Shelton (Clydenne) Jackson and Trice (Judy) Jackson. Ruby retired from US government civilian service with her last position in support of DeWitt Army Hospital at Ft. Belvoir. She loved birds and her faithful dog Piper who was always at her side. Ruby never met a stranger and always made people feel welcome, giving hugs to family and friends when they arrived and when they left. Relatives and friends are invited to Ruby's visitation at Laurel Hill Funeral Home, 10127 Plank Rd., Spotsylvania, VA on Monday, February 17, 2020 from 6-8 PM. The funeral service will be on Tuesday, February 18, 2020 at 11 am in the Laurel Hill Chapel. Interment will follow in the Laurel Hill Memorial Park. Online condolences may be left for the family at www.laurelhillfuneralhome.com.