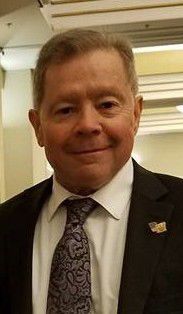 Bradley E. Smith, 63, was taken by the angels on March 18, 2020, after a tough and courageous battle with sarcomatoid mesothelioma. He passed from the arms of his loving wife to the arms of Jesus, to suffer no more. Brad was a remarkable person, incredibly disciplined, a warrior with his disease, and a generous, positive inspiration to anyone who met him. He impacted the lives of countless people and was a true class act; to know him was to love him. Brad grew up in Silver Spring, MD, where he attended public schools; he then earned a bachelor's degree in criminal justice from Park College, and was the valedictorian of his class. He proudly served the Drug Enforcement Administration for over 41 years, and retired in 2018 as a firearms training instructor at the DEA Training Academy at Quantico. Brad trained over 5,000 DEA agents over his career and was a legend and an icon at DEA. His dedication to his mission was unsurpassed. He loved his country and this passion was how he served it. He was a member of and a tireless volunteer for Stafford Crossing Community Church; he was a true messenger and servant of God through his example, and his church family was a big part of his life. Brad was a fitness nut; his stubborn discipline of working out extended his life far beyond medical expectations. He ran 11 Marine Corps Marathons, one Shamrock Marathon and many half marathons and 10 and 5k's. He loved his friends, sports (if it had a score, he was there), especially golf, NASCAR, football and the Washington Redskins; singing karaoke with his wife, fishing and boating at Lake Anna, being an (accomplished) amateur meterologist, Ocean City, Fox News' "The Five", his newspapers (particularly USA Today), Dee's 5:00 Club on B101.5, his cars, his guns, his Asics running shoes, his acronyms, slogans and puns, Gatorade, Bud Light Platinum, Wilson Farms' steaks, Willie's barbeque, and Ledo's pizza. He was a fantastic cook and host, and loved to have a party. Brad was also an accomplished pianist and a true gentleman in every sense of the word. He had an incredible memory, a great and fast wit and an unending sense of humor right to the end. Most of all, though, Brad loved his home and his family. Left to carry on his memory and legacy are his loving and devoted wife Connie (Drake Hughes) Smith; his adoring children, daughters Ashley Barber (Jacob), and Michelle Turner (Wade); sons Aaron Smith (Jessica), Bryan Roberts and Jason Hughes; his adoring grandchildren, Alexis, Adrianna, Justin (Ashley & Jake), Zachary, Hailey, Kelci & Krystin (Michelle & Wade), Madison & Ava (Bryan), his adoring sisters, Irene Green (Jeff), Deirdre Pateros (John), Maureen Martinez (John), Brigid Donnelly, Greer Viale (Jerry), and Kate Powers (Shannon); step-sister Connie Gallagher (Joe, deceased); adopted mother, Betty Zolnaski; several nieces and nephews; and the countless people whose lives he impacted. He was preceded in death by his beloved father, Jerry Smith; stepmother Annette Smith; birth father Henry Donnelly; and his beloved Aunt Nancy Stevens. The family thanks all for the outpouring of prayers, love and support at this difficult time. Funeral service and celebration of life will be held at a later date. Death leaves a heartache no one can heal. Love leaves a memory no one can steal. And: NEVER, NEVER GIVE UP. Online guest book is available at covenantfuneralservice.com. 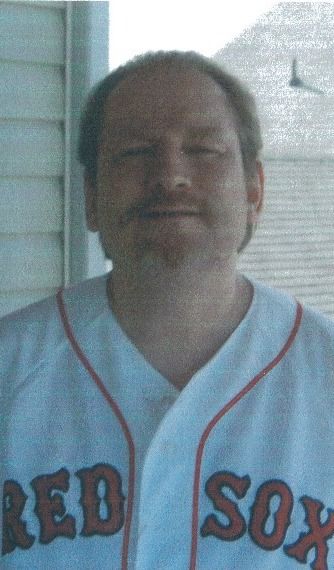 David W. Yates, 59, of Fredericksburg passed away on Friday, March 20, 2020 at Mary Washington Hospital. David attended the Virginia School for the Deaf and the Blind for eight years then transferred to the Model Secondary School for the Deaf in Washington, D.C. David worked for the United States Postal Service and the Free Lance-Star until health issues forced him to retire early. He loved collecting stamps and baseball cards, playing pinball on his iPad and watching old shows made in the 1970's and 1980's. David especially enjoyed watching his favorite sports on television, which included the Redskins, UVA basketball, and the Boston Red Sox. Survivors include his parents, Jack and Evelyn Yates; brothers Steve Yates (Connie) of Woodbridge, and Kris Yates of Fredericksburg; Uncle Roger Kegley (Betty) of Richmond; nieces Emily, Ashley, Megan; and numerous cousins. He was preceded in death by his brother, John Yates, in 1981. Services will be private. In lieu of flowers, donations may be made to the National Kidney Foundation, www.kidney.org/donation. Online guest book is available at covenantfuneralservice.com.