Coronavirus update: Only half of Americans say they would get vaccine. Here's the morning's latest.

Alex George Kavounis, 92, of Fredericksburg passed away on Wednesday, May 13, 2020 at Charlotte Hall Veterans Home. Al was a WWII veteran (Army Co. E, 60th Inf.), one-time Commander of American Legion Post 38, entrepreneur, and construction superintendent. He was an exceptional athlete who played football for USC Gamecocks, boxed, worked as a beach lifeguard, and coached baseball. Al was a devoted husband and father who loved playing cards, picking crabs, and rooting for the Redskins. Survivors include his children, Mary Helen Means, Aleco Kavounis, and Johnny Kavounis; eight grandchildren; nine great-grandchildren; and sister, Sandy Cook. He was preceded in death by his wife, Vaseleke Kavounis; daughter, Alice Thomas; siblings, Carrie Ballas, Andy Kavounis, and Mike Kavounis; and grandson Westley Means. Due to the pandemic, a closed family viewing will be held on Thursday, May 21 with a closed family service immediately after. Interment will be on Saturday, May 23 in Quantico National Cemetery. In lieu of flowers, the family requests that donations be made to Charlotte Hall Veterans Home in memory of Al Kavounis. Donations can be made at https://www.charhall.org/content/donations/ or by calling Ashley Radano at Charlotte Hall: (301) 884-8171 extension 664. Online guest book is available at covenantfuneralservice.com.

Donald Eaton, 69, of King George passed away on Saturday, May 16, 2020 peacefully at his home. Donnie retired from the Metro System in Washington D.C. He was of the Christian faith and will be remembered for his storage unit ventures, his love for the Miami Dolphins, and his babies. Donald leaves behind, to treasure his memory, his wife of 43 years, Catherine; two brothers Ralph (Debbie), Ronald (Darlene); two sisters Brenda and Shannon (Roger); a brother-in-law John Cole (Bonnie); a sister-in-law JoAnn Cole; and numerous nieces and nephews. He was preceded in death by his parents William and Nadine Eaton; and a niece Teresa Dawn Sullivan. All services will be private. Online guest book is available at covenantfuneralservice.com. 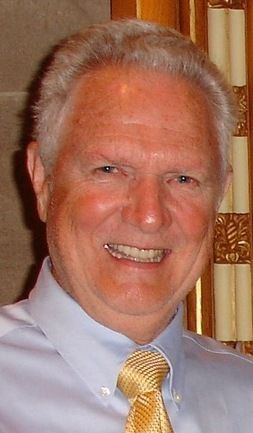 Joseph Russell "Russ" Moulton Sr., 84, of Fredericksburg passed into the arms of our Lord Jesus Christ on Saturday, May 16, 2020. Survivors include his loving and incredibly devoted wife of 61 years, Angela Leta Moulton; children Russ Moulton Jr., John Moulton (Teresa), Mary Williams (Greg), Christine Clemson (Conrad), James Moulton, Thomas Moulton (Margaret), Clara Schuster (Bryan) and Brett Moulton. Russ, also known as Grandpa, will also be fondly remembered by his 21 grandchildren, who were the light of his life, Joe, Sarah (Paul), Chris, Pat, Daniel, Stephen, Maddie, Shawn, Megan, Thomas, Courtney, Caroline, Rachel, Catherine, Rosa, Katelyn, Angie, Emma, Mary Ellen, Erin and Isabella. He was preceded in death by his four siblings, Harold Maxwell Jr, Susan North, Helen Dudzik and Eileen Ochs; and his daughter, Pamela Anne, who died in infancy. Russ was raised by his parents Harold Maxwell Moulton Sr. and Clara (Swanson) Moulton, and later by his stepfather, Willard Francis Hopwood, after Harold died when Russ was age 7. Russ was born in Oil City, Pennsylvania and he attended Franklin Area High School where he met his wife Angela. After high school, Russ enlisted in the United States Navy and later applied to the US Naval Academy where he attended until 1959 when he married Angela and moved to Glen Burnie, Maryland. Russ studied engineering and eventually went on to receive his Master's and pursue a PhD in Electrical Engineering from George Washington University. He began his career in civil service at the Naval Research Laboratory. He was well into a successful tenure at the US Army's Night Vision Laboratory at Ft. Belvoir when he and Angela moved their then six children from Woodbridge to Spotsylvania in 1972. Raised on a farm himself, Russ had the same life in mind for his children when he purchased a small tract of farm land off of Chancellor Road in Spotsylvania County, which abutted farms of other area families, notably the Ingebretsens and Thorburns. Russ looked at the farm as an education in hard-work and discipline but, it became so much more to the family as the experience remains today an endless source of fond memories and family lore about Dad. Russ was a visionary, an entrepreneur and risk-taker by nature. In 1981, just prior to the birth of their eighth child and with four in college, he left civil service to start a small defense business, E-OIR Measurements (later EOIR Technologies, now owned by Parsons). The company prospered under his leadership, creating hundreds of jobs in the Fredericksburg area and making an impact during Desert Storm, Desert Shield, 9/11, OIF and OEF. Many of Russ's first employees remain at the company today and they credit Russ for "taking a chance on them" and being the guiding force behind their careers. After selling EOIR in 2004, Russ ventured into local real estate and hospitality, building and operating four area hotels and restaurants before retiring to his farm in Western Pennsylvania. Russ, Angela and family have been active members of St. Mary's Catholic Church Parish in Fredericksburg since the early 1970s. Russ left an indelible mark on the Fredericksburg area and the military sensor-science community, and most importantly left a tremendous legacy in his 8 children and 21 grandchildren. Russ's life accomplishments can be attributed to his vision, determination, grit, and the unwavering support and devotion of his wife Angela. He was proud of his Western Pennsylvania roots and enjoyed working on his farm and transforming it into a vacation wonderland for his grandchildren. Russ loved to tell stories of his early years, especially tales of meeting and dating Angie. He would love to recount the time when he walked into her 9th grade classroom at Franklin High and met the love of his life. More than anything in the world, he loved Angie. When they were together, he would light up a room with his 6-foot-tall presence, his smile, and his gleaming blue eyes. Russ was diagnosed with a type of dementia in 2011 and became a resident of Cardinal Village Memory Care of Spotsylvania in 2017. Even in late-stage dementia, he touched the lives of his nurses and caregivers with his warmth, sense of humor and those blue eyes. Angela and the Moulton Family would like to extend our sincere gratitude to Russ's nurses and caregivers who did so much to enhance the quality of his life during his last years. Russ's family plans to honor him with a memorial service later in the year when quarantine restrictions have lifted; details to be announced. Until then, family welcomes the community to share fond memories of Russ through his memorial site https://www.mykeeper.com/profile/RussJosephMoulton/. Online guest book is available at covenantfuneralservice.com.

On May 14, 2020, the Lord called Bishop Willie Roger Logan home. A viewing will be held on Wednesday, May 20, at A. L. Bennett and Son Funeral Home, from 5 to 7 p.m. A Graveside Service will be held on Thursday, May 21, at 11 a.m. at Oak Hill Cemetery, Fredericksburg, VA. Please follow COVID-19 regulations.