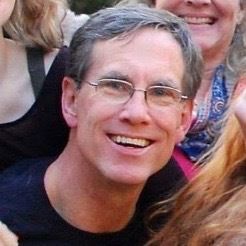 6/14/55 - 5/22/20 Jasper, GA It is with great sadness that the McCabe family announces the peaceful passing of their beloved Geoffrey, at the home of his sister Jacqueline (and Greg Bauer), surrounded by his family, including his two oldest daughters. Geoffrey had recently retired from a storied career teaching elementary education in Spotsylvania County, Virginia, the bulk of which was spent at Livingston Elementary and later at Spotswood Elementary. Renowned for his creative approach and ardent interest in the success of each student, cheers would erupt from the students selected to be in Mr. "Wonderful" McCabe's class the upcoming fall, when announced over the school intercom. He followed the lives of hundreds of his students into their adulthood. He earned the distinguished honor of Teacher of the Year for the entire county, being cited as one who not only invested heavily in the education of each student, but also consistently supported his peers on both the professional and personal level. All who knew Geoffrey were endeared to him by his sincere interest in them, his irrepressible humor, love for life, and quick-witted intelligence. Geoffrey was a talented creative writer, Civil War buff, and tireless giver to countless causes for the underprivileged and suffering. A true American patriot (born on Flag Day), a favorite place to travel was to the hallowed grounds of Gettysburg. Among other things he enjoyed were music, traveling to visit family and friends, the New York Yankees, and tossing the football with his brothers and anyone else who would indulge him. He was an unsurpassed conversationalist who befriended all. Above everything was his love for and pride in his beautiful daughters, Elizabeth "Ellie" Corinne, Flynn Dianne, and BeccaJoy Adams. In addition to his beloved children, he is survived by Anne, the mother of his children, siblings Meredith, Matthew, Jacqueline and John, and countless cousins, nieces and nephews. A brother, Andrew, predeceased him in 2016. Geoffrey made no secret of his faith in the Holy trinity of God the Father, His son Jesus, and the Holy Spirit. He would share the Good News with believers and skeptics alike, convicted that all goodness and love comes from that infinite source that connects us all. We are comforted today knowing that he is in the arms of his Redeemer and suffers no more. A Celebration of Geoffrey's life is planned for Saturday of Labor Day weekend in Fredericksburg, Virginia. We will post details when we know them on his Facebook page. Letters of condolence may be sent to his children at 5229 Windbreak Drive, Fredericksburg, VA 22407. Donations in his memory may be made to Samaritan's Purse, PO Box 3000, Boone, NC 28607. 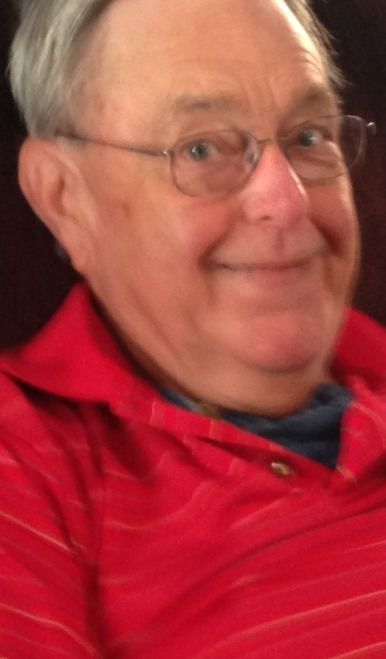 Marion Dayton Marshall, 75, of Spotsylvania County passed away on Friday, May 29, 2020 peacefully at his home surrounded by his wife and children. Marion owned and later retired from Marshall's Pools and Water. Survivors include his wife of 56 years, Peggy Hart Marshall; children Lynn Mills (John), Jennifer Maddox (William), and Mark Marshall (Amy); and grandchildren Chelsea Lamoy (Corey), Austin Maddox, Ryan Mills, Amber Maddox, Emily Marshall, and Solon Marshall. He was preceded in death by his parents E. Solon and Daisy Marshall; brothers Ryland and Mason Marshall; and grandson Mason Hart Marshall. A private graveside service will be held at Bethany Baptist Church. Pallbearers will be Tim Perry, JC Perry, Barry Caudill, Brandon Sorrells, Kevin Marshall, and Tracy Wheeler. In lieu of flowers donations may be made to The Bethany Baptist Church Building Fund. Online guest book is available at covenantfuneralservice.com.

Thomas Brice Davis, 74, of Spotsylvania, passed away on Wednesday, May 27, 2020 at Spotsylvania Regional Medical Center. A graveside service will be held at 2:00 p.m. on Friday, June 5, 2020 at Sunset Memorial Gardens, Fredericksburg. An online guestbook is available at johnsoncares.com.