Science Museum of Virginia in Richmond 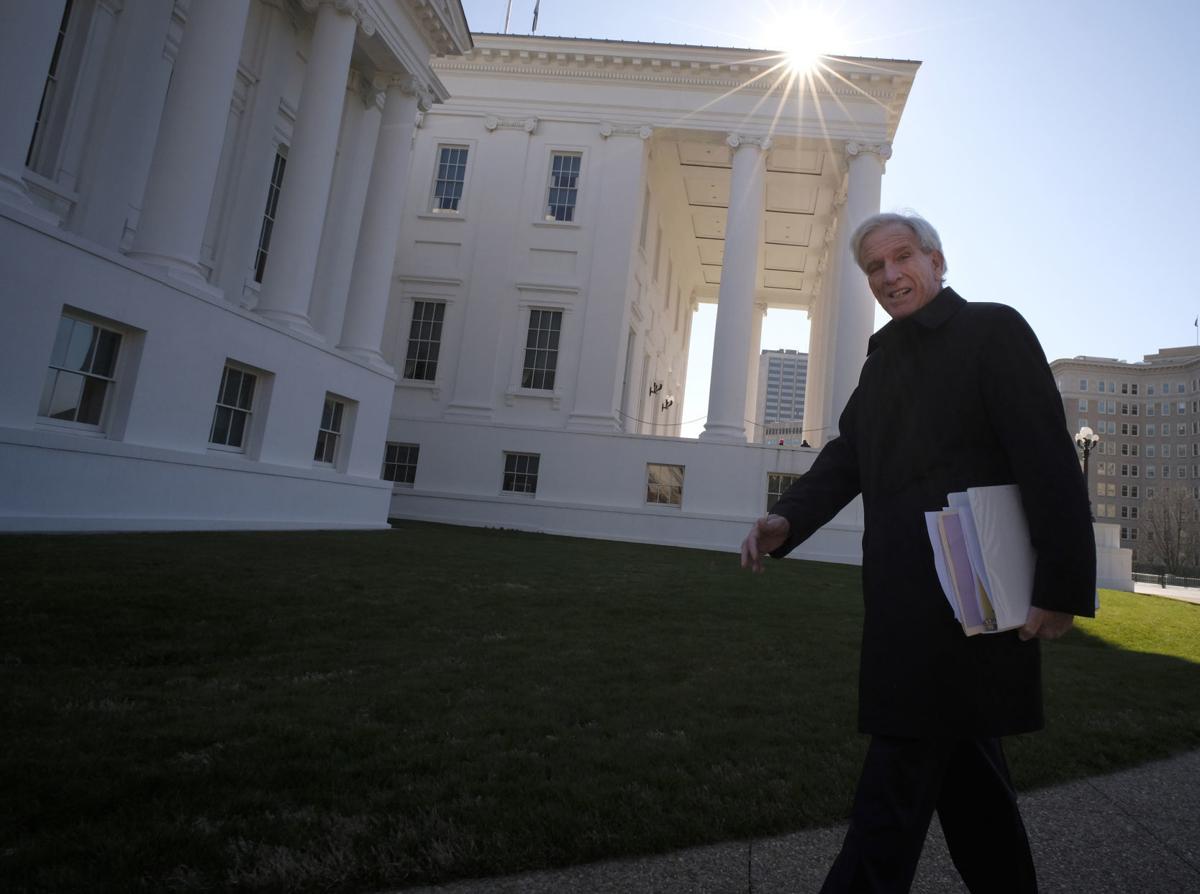 Senate Majority Leader Dick Saslaw, D-Fairfax, walks past the state Capitol March 8 on his way to an overtime session of the General Assembly.

Science Museum of Virginia in Richmond

Senate Majority Leader Dick Saslaw, D-Fairfax, walks past the state Capitol March 8 on his way to an overtime session of the General Assembly.

To protect members and staff from COVID-19, the Virginia Senate will trade its clubby confines at the state Capitol for an airy conference hall at the Science Museum of Virginia when the legislature returns to Richmond for its spring session April 22.

Unlike the House of Delegates, which announced last week it would convene outdoors, possibly on the Capitol grounds, the Senate will meet indoors.

The General Assembly will act on Gov. Ralph Northam’s proposed revisions to bills passed this winter. Lawmakers will also decide whether to accept or overturn any Northam vetoes.

Susan Clarke Schaar, Senate clerk, alerted the state’s 40 senators in an email Monday that the museum – about 4 miles west of the state Capitol in a former train station – would be the venue for their session later this month.

The Senate is expected to convene in the museum's Dewey Gottwald Center, a steel-and-glass building in which senators and staff could socially distance to prevent the spread of the coronavirus.

Named for the patriarch of a Richmond industrial dynasty, the center - it is rented out for parties and conferences - is behind the science museum and flanked by the Redskins training facility.

Because the House and Senate would not be meeting in the same building, they will use “technology,” Schaar said, to communicate with each other. That apparently will include email.

Some of the procedural business of the legislature requires members from one body – typically the majority leader – walking across the Jefferson-designed Capitol to the other to request its concurrence.

The rules of the House and Senate extend to the speaker and the Rules Committee, respectively, the power to select alternate meeting sites for the chambers for special ceremonies and emergencies.