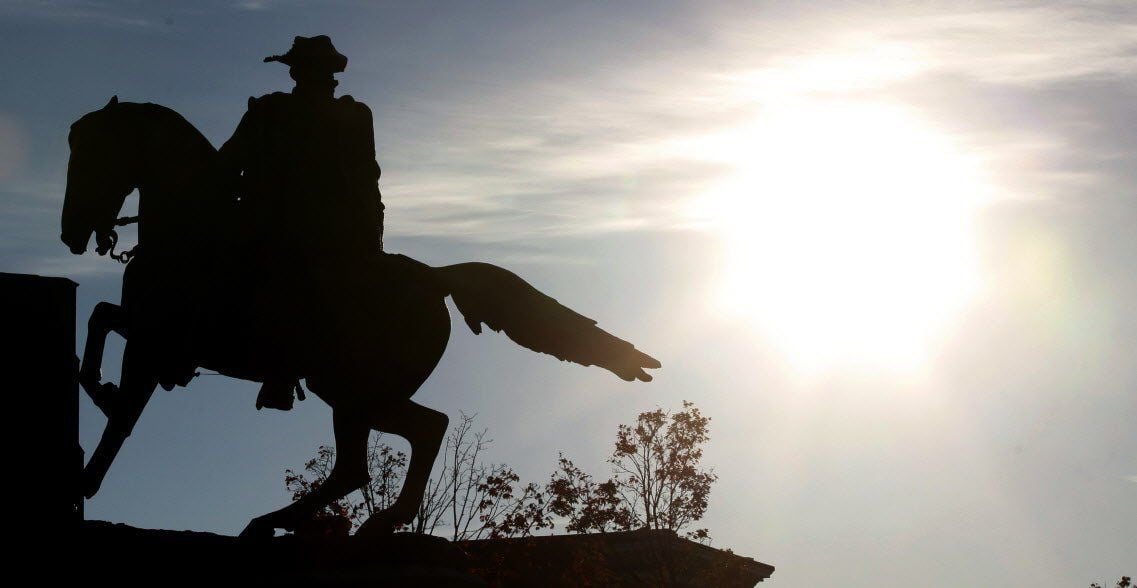 The statue of Confederate cavalry commander J.E.B. Stuart was unveiled on Monument Avenue in 1907. 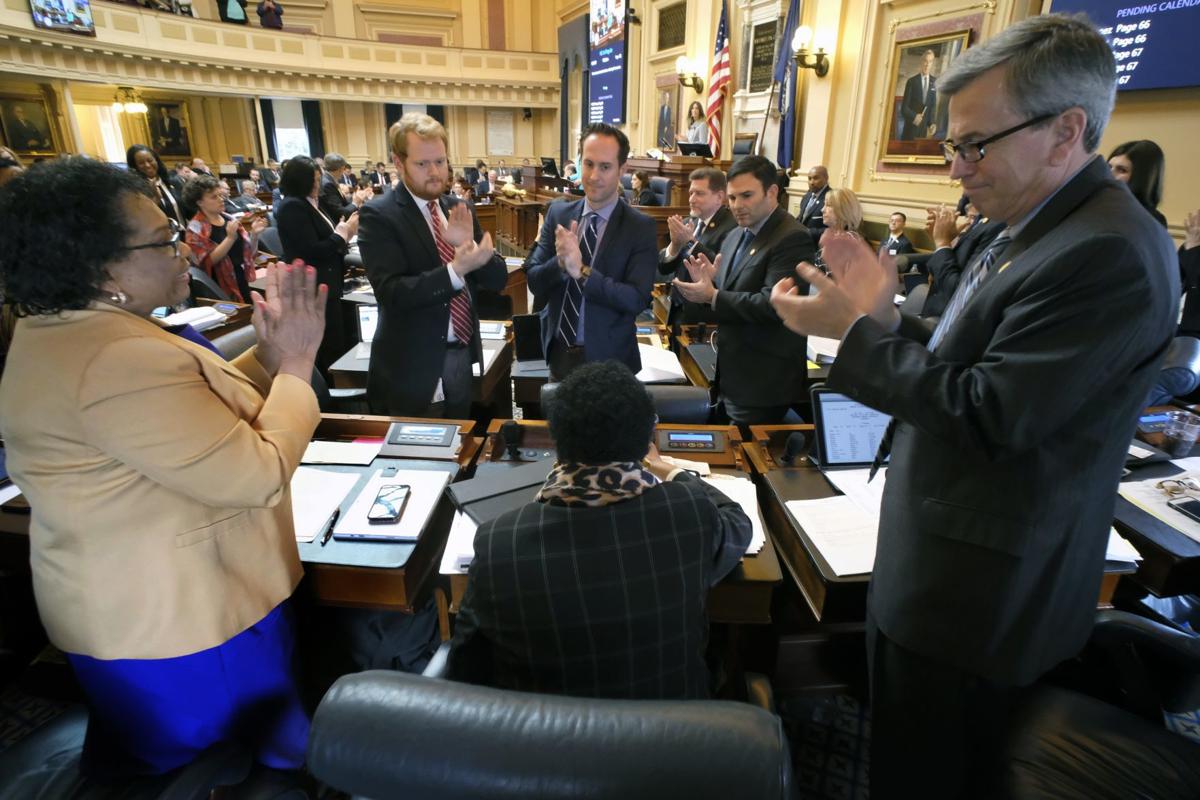 Del. Delores McQuinn, D-Richmond, center, seated, gets a standing ovation from her Democratic colleagues after giving an impassioned speech for passage of HB1537, her bill that would allow the removal, relocation or altering memorials to war veterans, during the floor session of the Virginia House of Delegates inside the State Capitol in Richmond, VA Tuesday, Feb. 11, 2020. The bill passed, 53-46. 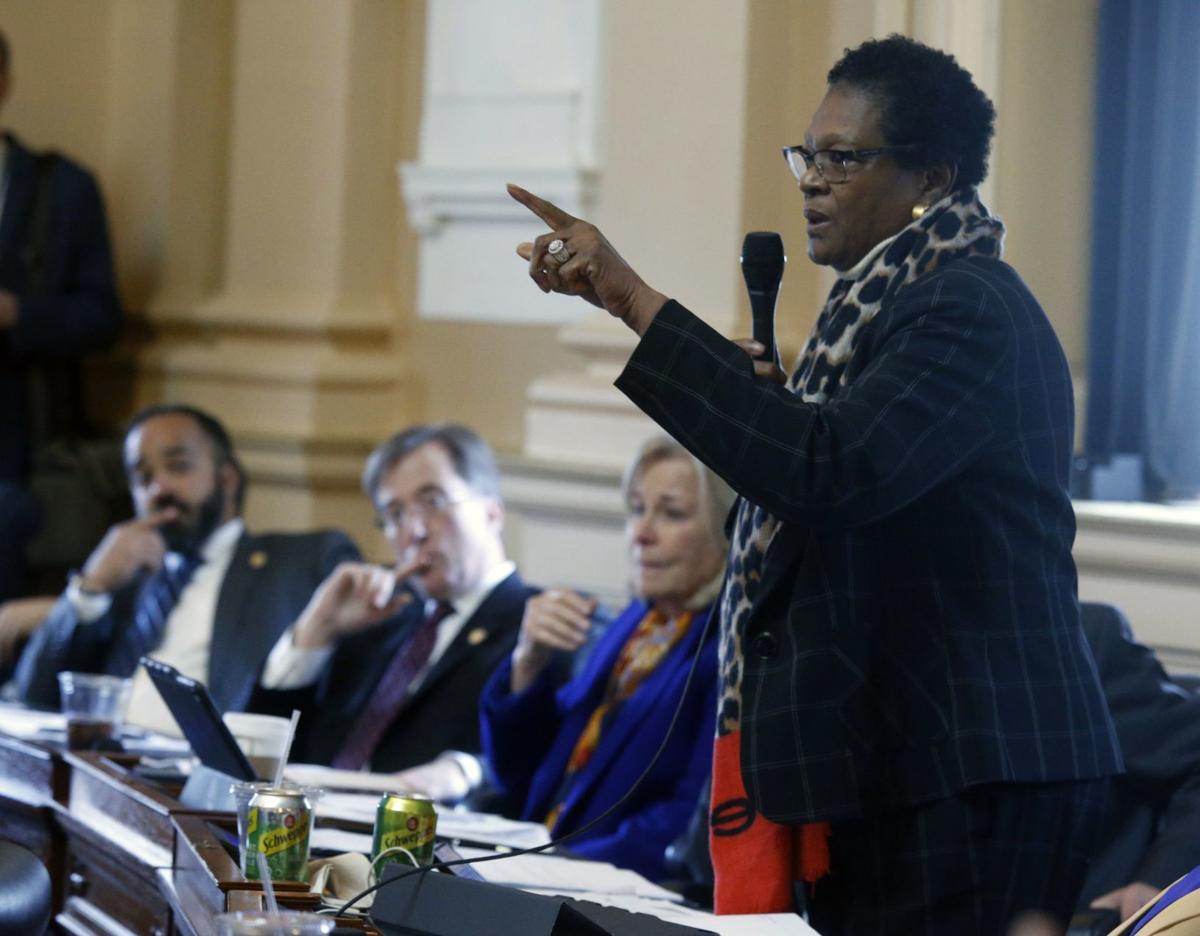 Del. Delores McQuinn, D-Richmond (right), argued Tuesday in favor of her bill that would let localities decide whether to keep, relocate or alter Confederate statues.

The statue of Confederate cavalry commander J.E.B. Stuart was unveiled on Monument Avenue in 1907.

Del. Delores McQuinn, D-Richmond, center, seated, gets a standing ovation from her Democratic colleagues after giving an impassioned speech for passage of HB1537, her bill that would allow the removal, relocation or altering memorials to war veterans, during the floor session of the Virginia House of Delegates inside the State Capitol in Richmond, VA Tuesday, Feb. 11, 2020. The bill passed, 53-46.

Del. Delores McQuinn, D-Richmond (right), argued Tuesday in favor of her bill that would let localities decide whether to keep, relocate or alter Confederate statues.

Confederate statues across Virginia could come down under bills the Virginia legislature approved Tuesday.

The House of Delegates and Senate approved bills giving localities the choice of leaving the statues up or taking them down, the decision Richmond’s City Council has asked for permission to make as it debates the future of the tributes that line Monument Avenue.

“Citizens should decide what their communities look like,” said Sen. Mamie Locke, D-Hampton. “Each community should have the freedom to determine which parts of its history to honor and preserve through public art.”

“Some have accused us of trying to erase history. We’re not,” said Del. Sally Hudson, D-Charlottesville. “We’re trying to finally tell it.”

Among the 110 are five on Richmond’s Monument Avenue, which were erected between 1890 and 1929. Four of the five are on city property, while a statue honoring Robert E. Lee is on state property and would not be subject to local control.

The City Council last month voted to ask the state for authority to decide the fate of its Confederate iconography. A commission appointed by Mayor Levar Stoney recommended in 2018 the removal of the statue honoring Confederate President Jefferson Davis and adding signs to the other statues.

“Leave the statue there if you want to, but let the whole story, the entire story, be told,” McQuinn said on the House floor before Tuesday’s vote.

The bills have minor differences, meaning a conference committee is likely to finalize the language of the legislation. The Senate version, for example, exempts Virginia Military Institute under an amendment proposed by Sen. Tommy Norment, R-James City, a VMI alumnus.

“When you vote for this bill, please know, you are not erasing history, you are empowering people to tell it,” Hudson said before the vote. “You’re letting our communities come together to tell our stories with each other and decide for ourselves what to celebrate.”

Gov. Ralph Northam has said he supports giving localities control of the monuments.

Del. Charles Poindexter, R-Franklin County, expressed concern with the bill including all war memorials and localities changing their minds about the memorials.

Johnny Neville, the head of Virginia’s division of the Sons of Confederate Veterans, said he was disappointed by the legislature’s votes.

“All monuments are equally important. We want to keep all our history — not just bits and pieces,” he said.

The push to take down the monuments — and change Confederate school names — gained steam in 2015 after white nationalist Dylann Roof shot and killed nine members of a historic black church in Charleston, S.C. The deadly 2017 white nationalist rally in Charlottesville, spurred in part by the City Council’s vote to remove the city’s Lee statue, only intensified the debate.

“When I see the statues, like so many in Charlottesville, I can hear the tires screeching from the car attack that took one life and ravaged so many more,” Hudson said Tuesday.

Also Tuesday, the House passed its version of a bill to create a commission tasked with studying the removal of the Lee statue in the National Statuary Hall Collection inside the U.S. Capitol and recommending a replacement statue. The body backed House Bill 1426 from Del. Jeion Ward, D-Hampton, in a 55-44 vote. Ward said Lee, a Confederate general, isn’t the best person to represent the state.

“I think we can do better,” she said.

The Senate approved its bill on the Lee statue commission on Monday.

PHOTOS: Monument Avenue through the years