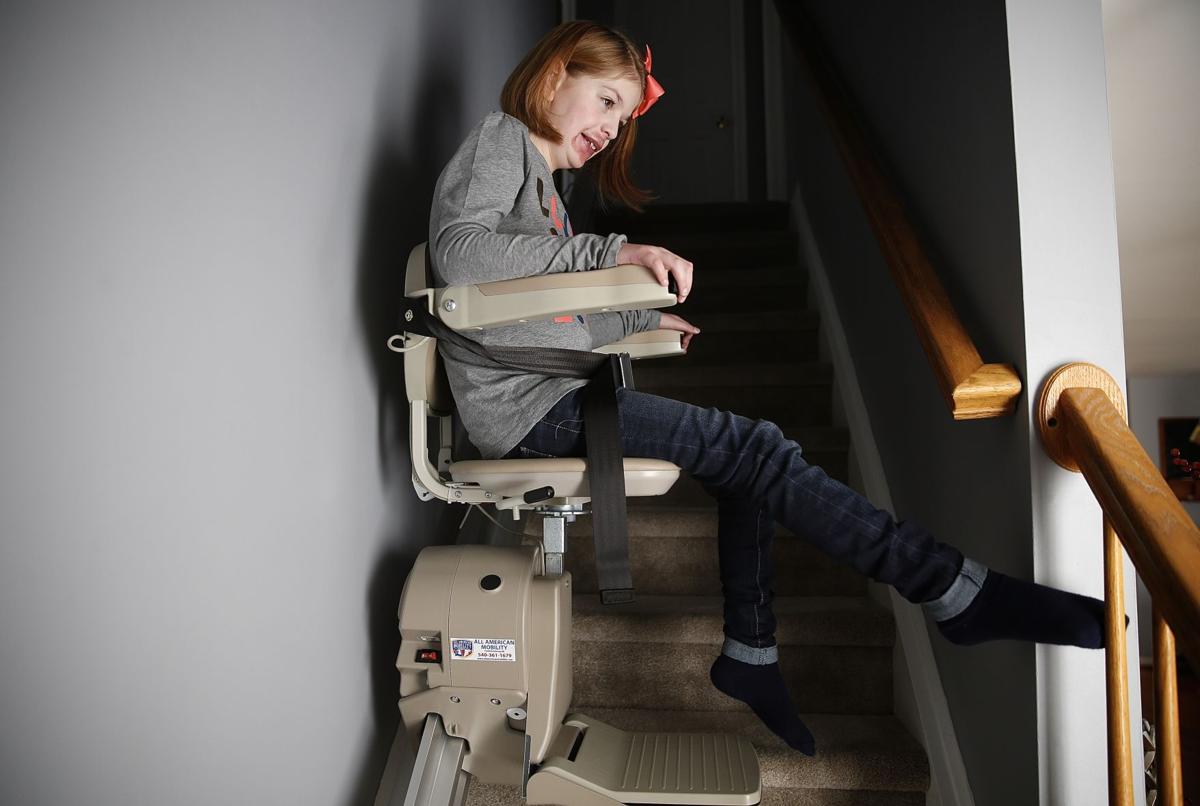 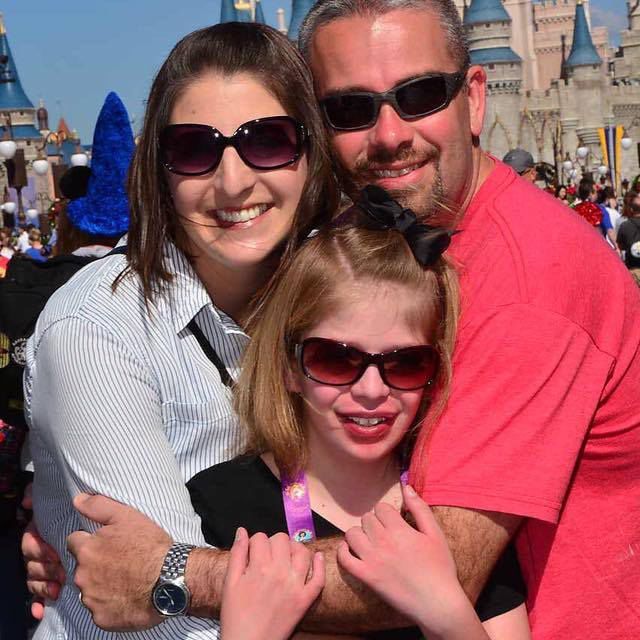 The Smiths smile during a rare family trip in November.

The Smiths smile during a rare family trip in November.

Their daughter, Adelynn, was born with four heart defects that limit the blood flow between her heart and lungs. She’s faced numerous open-heart surgeries and bouts with pneumonia. Treatments and procedures have addressed some of her side effects, but her congenital condition has never improved, her parents said.

Adelynn will turn 10 in March—a milestone her parents never expected to reach—and every vacation, every family experience seems like a now-or-never moment, her mother said.

The fourth-grader can attend school for only half a day, at most, because she struggles to breathe as her heart works overtime to do its job.

“If you sit on the couch, 3 feet away from her, you can feel her heart beating through the couch,” her father said. “You can feel the pulsing of it.”

In the midst of their constant concerns about Adelynn’s well-being—and their own full-time jobs—the Smiths have wrestled with changes caused by Medicaid. Qualifying for the coverage in the first place was arduous enough, and the Smiths were featured in an August 2016 story in The Free Lance–Star about navigating the complex maze.

The state’s move to consolidate all Adelynn’s coverage in the new Commonwealth Coordinated Care Plus program threw them for another loop. The paperwork pledged that there would be a seamless transition from the old program to the new, that patients could pick one of six plans that worked best for them, and the prior approvals for prescriptions would be grandfathered in.

“Nothing could be further from the truth,” said Andrew Smith, who spent so much time on the phone, on hold, trying to straighten out the mess that he put his own health, and job, in jeopardy.

He developed headaches after countless hours spent making sure his daughter got the 13 prescriptions she needed. That led to high blood pressure, which led to medicine to control it.

“It should not be this stressful,” said his wife, a first-grade teacher in Spotsylvania County.

The state made the switch to CCC Plus so it could focus on “improving quality, access and efficiency,” according to the Department of Medical Assistance Services website. The program provides long-term services to 214,000 people with complex care needs.

“It looks great, but it’s not working,” said Mary Lou Nissim–Sabat, a home health care nurse who helped the Smiths get Medicaid.

She tried to help Andrew Smith get the approval for some of Adelynn’s medications and spent an hour and 15 minutes talking with three different people about three drugs Adelynn has needed since birth.

“Just to spend that much time on the phone, trying to answer a simple question, was mind-boggling,” she said.

Virginia launched the new program Aug. 1 in Tidewater, then rolled it out to the rest of the state before full implementation on Jan. 1 of this year.

The change affected the attendants who help take care of Adelynn. She initially had been approved for 42 hours of care, but the coverage dropped to 30 hours with CCC Plus.

Andrew Smith called repeatedly until that problem was fixed, only to later learn that her caregivers went almost eight weeks without pay.

Adelynn doesn’t have one primary caregiver, but two women who look after her before and after school and another 15 who are college students or young people who can work a few hours a month. The arrangement works for the Smiths, the mother said, and it broke her heart to learn the people her family depends on weren’t being compensated for their work.

On top of that, Adelynn was sick most of the summer with lung-related problems and had a terrible bout of pneumonia again in October. Even as she carried oxygen to school with her or needed it nightly as she slept, she told her parents she really wanted to go on a cruise.

Because they live in fear of her doctor’s warning—that one day Adelynn simply won’t wake up—the family that lives paycheck-to-paycheck took out a loan to give their daughter a dream vacation in November.

The Smiths took a cruise to the Bahamas, visited Disney World and surprised Adelynn with a trip to Clearwater Marine Aquarium to see Winter, the dolphin with a prosthetic tail. Even though Adelynn wasn’t feeling well, people went out of their way to do things for her, her mother said.

One person gave her a front-row seat to see the Disney parade, and a cast member gave her a $50 voucher to the gift shop.

At the aquarium, she got a gift bag of the “Winter” movie, soundtrack and autographs from the cast.

“She doesn’t know it, but people gravitate toward her,” her mother said. “We met so many special people.”

And after the year they’d had, the trip was worth the debt.

“The 10 days we were gone were absolutely wonderful,” she added.

It was a simple errand that made the Smiths realize how much their lives had changed.

As the medical bills for their daughter mounted, Andrew Smith and Kim Ragaini–Smith wondered…